You ask me about that country
Whose details now escape me
I don’t remember its geography,
Nothing of its history.
And should I visit it in memory,
It would be as I would a past lover
After years, for a night, no longer restless with passion,
With no fear of regret.
I have reached that age when one visits the heart
Merely as a courtesy
–Faiz Ahmed Faiz

What is home? What does belonging entail? Is it a distant memory of innocence and frailty, or the silent contemplation of one’s origins, the tenderness of a warm embrace or a longing for something irretrievable? The 1974 debut feature from Indian filmmaker M.S Sathyu, “Garm Hava” (Scorching Winds) ruminated upon the idea of home against the backdrop of Indo-Pak partition. Made on a shoestring budget of three lac INR, the film received considerable backlash for its controversial subject matter and the censor board held its release back by six months. After being screened for some members of the Indian Parliament, the film made its way past the censors and was released for the general public.

In the narrative of their national identities, Pakistan and India have approached the partition of 1947 as a defining event of their respective histories. Some refer to it as ‘independence’ from the imperial rule, others lament the ‘partition’ of their homeland. The semantics and politics can be forever argued over, however, what remains consistent across borders is a shared sense of overwhelming trauma carried down the generations. The film opens with a map of undivided India, followed by portraits of political leaders and a map of partitioned sub-continent. But the film rarely concerns itself with political discourse, nor does it seek to emphasize the more violent aspects of the partition, rather it opts for dramatizing the struggle of the average Indian Muslim. Muslims were the minority in joint India, despite being the prominent rulers for the last 500 years. So when the time came, the dilemma was overwhelmingly evident: What is home?

Inspired by the struggles of screenwriter Shama Zaidi’s family, the film follows Salim Mirza (played by Balraj Sahani), a Muslim shoemaker in post-partition Agra, struggling to survive and provide for his family. As members of his family immigrate to Pakistan, he stands firm in his believe that the martyrdom of Gandhi will settle the communal unrest. In the opening scene, on a tonga ride from the station to his haveli, he says, “Disputes are nothing new, but people never left their homes and ran away like this!” 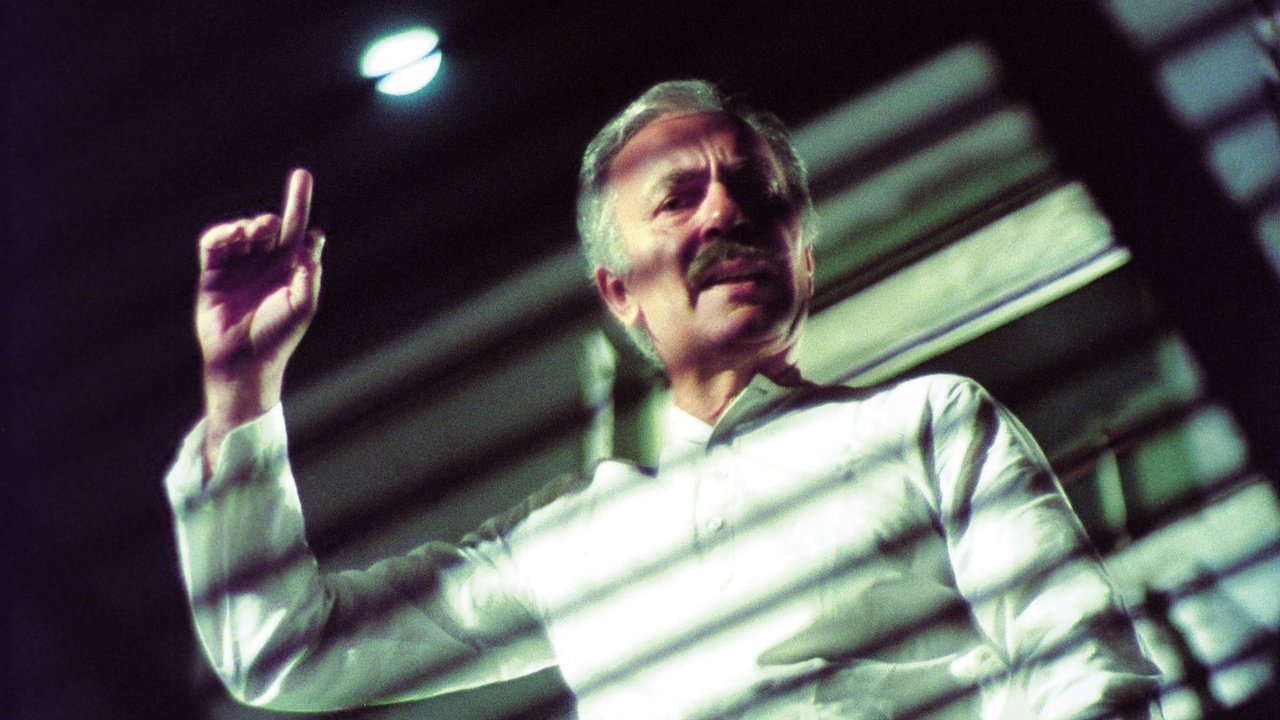 Over the next few days, his brother Halim Mirza, a constituent of All India Muslim League and the legal owner of their collective haveli, departs for Pakistan. Left alone with nothing but a diminishing business to his name, Salim Mirza alludes to faith and patriotism to ward off pending reality. As a last reprieve, he pleads with bank managers to grant him much-needed loans. Looking into the camera, he reminds a bank manager of their long and courteous fellowship, but the manager scrupulous of the migrating Muslims refuses. Framed entirely in a single medium shot, the manager is never materialized, the face of societal oppression hidden, the culprits of institutional injustice unseen. In a later, similarly framed scene, his son is rejected from a job for being a Muslim. While there are some moments of inspired creativity, for the most part, the film does not opt for aesthetic nuance. Nevertheless, it makes up for these shortcomings by the sheer dramatic force of its subject matter and its firm grasp of the brisk life of Agra. Much of this has to do with the film’s miniscule budget and its subsequent refusal to introduce melodramatic clichés. The scenes in the streets, especially, feel vivid and tangible; the back of forth of the household ever so chirpy, ever so vibrant.

“In context of the contextually-void Indian cinema, Garm Hava has done full justice to Ismat Chughtai’s work. The film, despite having a lot of other technical issues and aesthetic shortcomings, remains a milestone in the history of Indian cinema, purely on the basis of its subject.”
–Satyajit Ray

The custodian takes over Salim Mirza’s haveli, and he is forced to rent a much smaller makaan (house); his daughter’s fiancés immigrate to Pakistan, one after the other; he is hit by a flying brick during a cacophonous dispute in the streets. Calamities pile up one after the other but Salim Mirza remains resolute, claiming that Allah would not let Gandhi’s sacrifice go to vain. While it is true that Gandhi’s death somewhat alleviated the landscape, the tension and confusion of an uncertain future still loomed large over the masses. Forced to question their loyalties to their religion and their country, and to provide proof of doing so to the institutional structure at large marginalised the Muslims who stayed in India, and continues to do so.

But what does an Indian or a Pakistani identify with? For the most part, the Indian subcontinent is a land of superstition and intense religiosity. Emotional whims and pride often reign supreme over logic and rationale. Race, gender, religion and other divisive currents are ever so fervent, their presence ever so immediate. So, for the Indian Muslims at the time, this was a befitting conundrum: Should we entrench ourselves in the lands we’ve known for so long, or should we venture out to a land of new promise? Should we pledge allegiance to the place of our birth or to our religious brethren? Should we be enchanted by Nehru’s vision of the future or should we be betrothed to the promise of Jinnah? After all, what does it mean to belong? Does being Muslim inherently enjoins us to a foreign land? Or does the soil from which we rose lay claim of us? 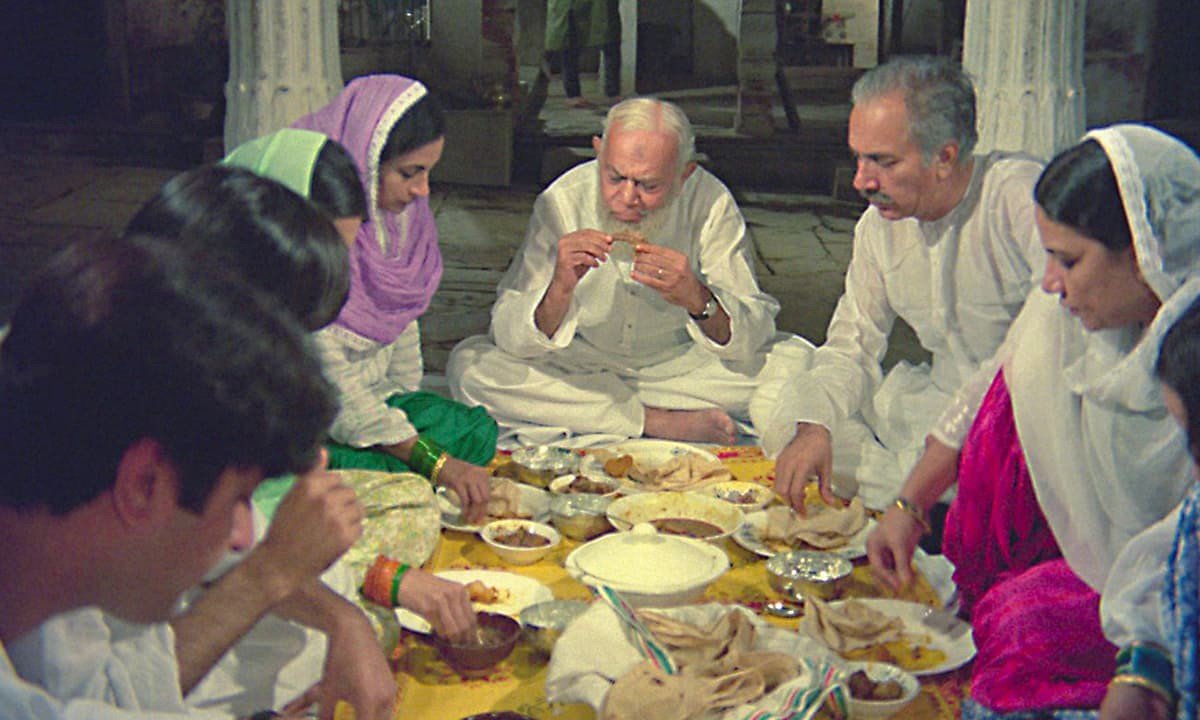 Ironically, there was not much difference in both countries save for their religious demographic. Both countries were to adopt the imperial British laws that had served the land for the last two centuries, both countries had secular visions for their respective futures; although India has retained its secular status over the years, Pakistan has failed to do so. In 1956, the country renamed itself from ‘Pakistan’ to ‘Islamic Republic of Pakistan’. The demand for Pakistan was strictly ethno-secular in 1947, even though preserving the right to religious identity was a focal point of the movement. In the following years, this struggle has been misconstrued to political and religious ends. The poet and bureaucrat Allama Muhammad Iqbal who has been attributed for the idea of a new homeland for the Muslims of India never called for ‘a divided India’ to begin with; in his Allahabad speech of 1930, he called for a ‘Muslim India within India’, an idea exploring the possibility of a confederate India. Nehru later claimed that the prevalent political hope was for both countries to come together at some point in the future to form a united India once again.

Much of the original dispute stemmed the imperial incursion which destroyed the heterogeneous landscape by what the British called ‘divide and conquer’ to feed their own gluttonies. Before, even if different ethnicities stuck to their own kind, they were often tolerant of one another. After the involvement of the British, racial and ethnic discord wedged the entire land wide open and the point was later driven home in 1947. Often lost in this overarching rhetoric of history are the tales of the ordinary men and women who lived through these changing times, through the rigor of these scorching winds.

The opening verses of the film perfectly capture the ordeals of history’s forgotten victims, whether they be Hindus or Muslims:

By the end, we find the hustle and bustle of the magnanimous household reduced to a meagre count of three individuals. His faith in God and country now tested, his stoic persona now home to despair, the constant consternation finally bubbles over and Salim Mirza echoes the ardent protest of many of his contemporaries in a self-defeatist tone, “People detest me, they can’t stand the sight of me, they get up and leave, they call me a spy. What kind of life is this? There is a limit to what one man can take! I’ve endured enough. Now, we can’t live in this country anymore!” only to later find himself stupefied at the sight of a demonstration; he orders his tonga driver to turn back and return home at once, while he makes his way into the crowd to show solidarity with purveyors of justice and equality.

Anatomy of: Taxi Driver Scene - "Late for the Sky"