Lenin M. Sivan’s LGBTQ drama ‘Roobha’ is quite reminiscent of Wong-Kar-Wai’s style, especially during its quiet, understated moments. After all, it’s about two lonely souls trying to find solace in one another amidst the dreamy city-lights.  Even if its central theme is based on issues regarding the sexuality, it is, at its core; a delicately woven tale of two people caught in the societal trappings. Moreover, it tries to push the envelope about a yet-considered taboo and handles the stigma with an empathetic approach.

‘Roobha’ tells about the romance that evolves between a middle-aged man and a woman that he sees at his bar. When she starts dancing, being lost in her own world; it instantly mystifies Anthony (Jesuthasan Antonythasan). So much so that when a man in the bar tries to harass her, he gets in between and throws him out. This amuses her highly to the point of considering him as a savior, which ultimately leads to their interaction. In this way, Anthony, the bar owner, meets Roobha (Amrit Sandhu), the attractive customer at his bar. But there’s hardly any sign of him being repulsed by her sexuality. He hardly even realizes it.  Moreover, he even gushes about her to his mates. His desires start to rise. 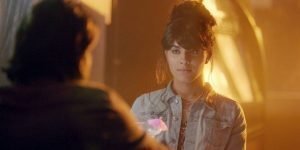 As told by the director himself, the central idea always revolved around the mundane reality leading them to each other. The aspect of sexuality is not divulged initially. Anthony, who owns a bar in Toronto, is a family man in his forties. A poet at his heart, he used to write to his wife, indulging in highly romantic prose. As we move further, we understand him as a man entangled in his own mundane reality, who can’t speak about the impending burden of financial debt or even the imminent heart disease, which might cost him his life. Being married for a while now, all these emotions sink under the caring façade he is used to presenting to the world around him.

But Roobha makes him fall in love with her soulful persona that he indulges in the same romantic cravings all over again. So much so that he criticizes his daughter’s skillful dance to be soul-less; precisely because he has found an escape from his dreary reality. Roobha, who ignites his carnal desires of forbidden love with her fervent performance, has gone through a lot herself. Being a trans woman, she had to face the rejection from her conservative family members. Her immigrant parents had left their homeland in the hope of their children to lead better lives than they did. So, the apparent parental burden of guilt haunts her apart from accepting her own body as a female. As a result, Anthony becomes more than a savior for her by accepting her for who she is.

Their chemistry eventually leads towards often unflattering journey filled with moments of sheer generosity for one another. While Anthony’s relationship shakes the core of his family, Roobha finds a parental shelter in an unexpected form of a stranger, whom she even calls ‘mum’. The conflicts eventually lead towards seeking affirmation from the people that they consider being the close-ones. 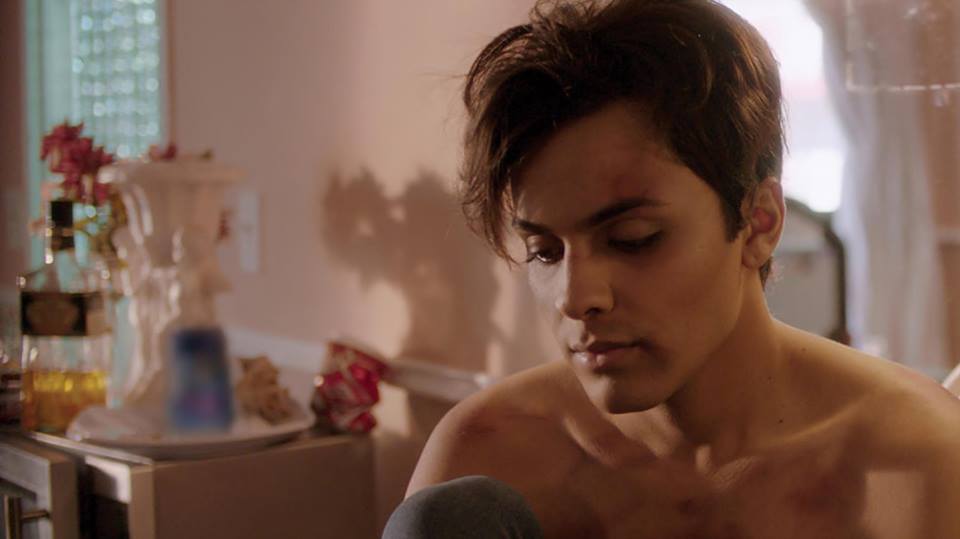 Regarding the film, there’s an obvious criticism of presenting a transgender character to be weak and naïve who has no other option than to indulge in sexual activities to survive. Some might even say that admitting to sexuality is reduced to submitting to these regressing ways of living. But, keeping the cultural context in mind with the families it talks about than the central characters themselves; it seems more truthful on that ground. Both of their journeys were about accepting themselves despite all the moral and ethical conditioning throughout their lives, on the name of culture. With the current landscape changing rapidly concerning such topics, there are still stories which have to deal with the basic acceptance, even by oneself.

Under the zeal of all these societal aspects, the film works astoundingly as an intimate mood-piece. So much so that we forget the flaws of the script. It is further elevated by the graceful performance by Amit Sandhu as Roobha and an endearing turn by the Dheepan-fame Jesuthasan Antonythasan in the role of Anthony. Sandhu embodies the required aesthetic with elegance and sincerity that he almost dissolves in his character. And Antonythasan, after his impressive turn in Dheepan, again dwells in the understated emotions by downplaying the character effectively. Besides, Arsenij Gusev’s cinematography deserves a special mention, which takes an otherwise well-crafted film to an even better level.

The only thing that probably pulls it back is its over-ambitious approach. While the central conflict is invigorating itself, there seems to be hardly any need to connect it with the ancient texts. The goddess that the transgender community considers as their deity is often used as a metaphor for her condition. But it is hardly explored throughout the film to genuinely understand its necessity to the overall script. What could have been a master-class in the human drama ends up short with its limited grip over its own ambitions. Suffice to say that despite such shortcomings, it still makes for a highly emotional drama that pulls the heartstrings more often than one might imagine.

“ROOBHA” WILL BE SCREENED AT THE 10TH LONDON INDIAN FILM FESTIVAL, 2019
CLICK HERE FOR OUR COMPLETE LIFF COVERAGE

Irréversible [2002]: About Time and All That It Destroys

Arishadvarga [2019] 'LIFF' Review : A Whodunit Thriller About Its Characters More Than The Mystery