The turkey is all rotten from inside, the garden has trenches of dirt and even the door to the house is broken. The atmosphere builds savagery and reeks of pending doom, like the lull between two consecutive storms, always waiting to destroy everything in its wake. Every time the lens is up close to the family, cracks appear. Crevices and fissures that run deep within the skin, with nothing but pieces of epidermis piling over themselves in a heap of sorrow.

Just like the way she herself tends her broken finger, Krisha is a walking wound requiring desperate attention to stop her from falling further down her self destructive abyss. Krisha Fairchild plays her namesake as a searingly crippled addict and an unintentional nihilist. She tries to redeem herself, begs for forgiveness but muted ghosts of her past linger like heavy dew on the windowpanes of her house. The background scores melts hysteria as chaos creeps in gently during trivial conversations that eventually tread down darker roads. 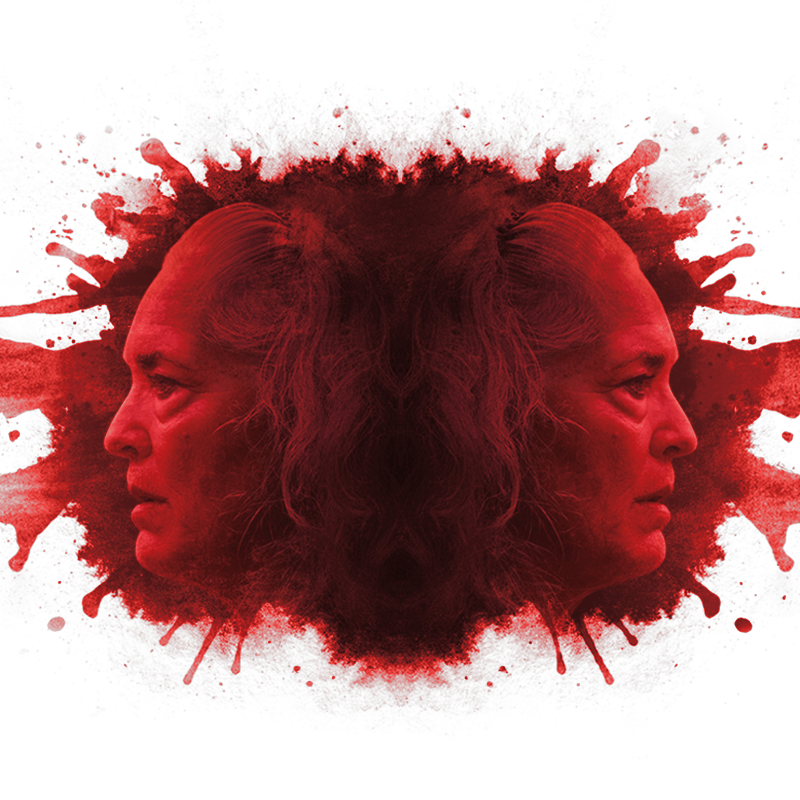 It would not have been possible to concoct so stressful an affair without the brilliant and tremendously inventive cinematography. With eyes, bright as sun and blue as ice, Fairchild possess the character so hauntingly, as if, she is one with Krisha and her grief. She elevates the experience with a performance that paints a wretched modern tragedy brimming with guilt. Her gaze alone makes this an incredibly difficult movie to sit through and might push casual viewers away with its naked power and honesty.

Shults has laid an egg for a garden snake, the mighty King Cobra for that matter. The embryo is a vicious cloud of poison which breathes venom out in the surroundings; death to all near and close. Ruinously raw and manically depressing, Krisha feels like an ever present ache in your body which refuses to evaporate.