Ajagajantharam is a Malayalam-language film directed by Tinu Pappachan. Watching this film is nothing short of a bizarre experience. Throughout its two-hour duration, it gets maddeningly chaotic. And this chaos makes it hard to follow any of its characters or to make heads and tails of what is happening on the screen for most of the time. The film keeps piling up mindless arguments and fights one over the other – in a way that makes it disorienting to a viewer to follow through its chain of narrative. This chaos takes center stage in the film and the only language that the film’s characters seem to interact with is through violence.

The narrative happens within the span of a single day. On the night of a local festival, a variety of characters pop in and pop out of the screen, purely to serve the purpose of existing in this world. While a drama troupe enters a town too late for the festival, a mahout and his peers arrive with their elephant for the same. There is also a party going on for a young villager and his unemployed peers on the same night. In the beginning, we witness characters as their casual selves, without any verbal premonition of the violence. But the way that the plot has been structured makes it hard to even take a breath, which organically builds tension. In that way, the film uses these interlinked narratives for its benefit. Despite that, the lack of character development becomes evident, not too late.

Related to Ajagajantharam – The Harder They Fall (2021) Netflix Review: A Western Tale With Its Flair Of Entertainment

Having a thin plot is not a problem in itself. Several films have managed to carve extraordinary narratives out of the same. If you take the example of Jallikattu, the director Lijo Jose Pellissery introduces deeper themes relevant to its central conflict. That film does not stay limited to being a visual spectacle due to a limited plot. It emerges as a visceral experience that is as cerebral as it is cinematic. 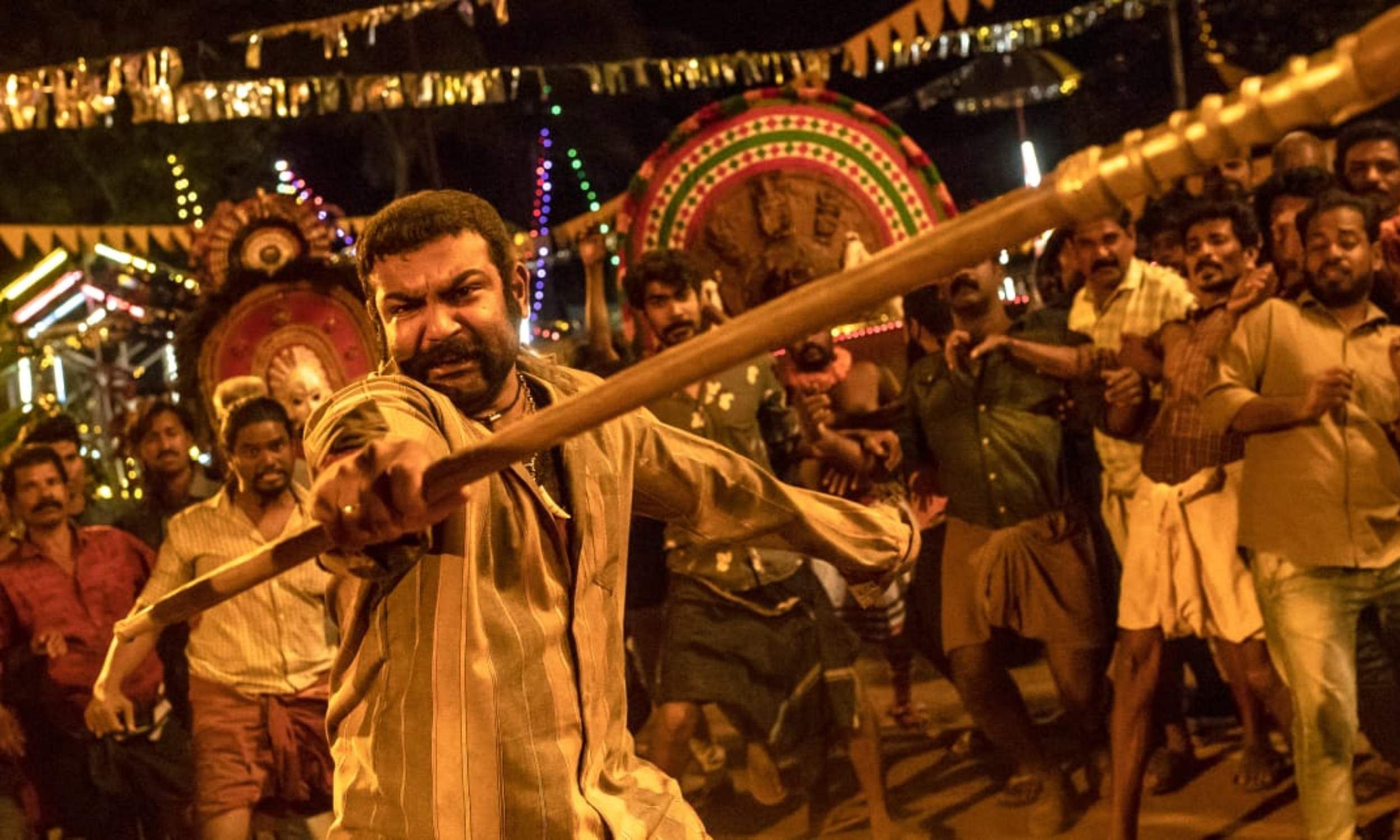 Yet, the issue with Ajagajantharam is how little it speaks about its characters and how it does not seem even remotely interested in exploring their psyche. It does not delve into the sociological aspects while it has a fertile ground to build upon and develop itself. The film keeps itself overly interested in the aspect of showcasing the violence and the cause always remains secondary. The mayhem seems largely a way by itself to keep you engaged in the film without any motive behind the actions.

The film is dominated by male characters and has a toxic masculine vibe written all over it. These characters argue or fight or get into a battle in spite of it. There is no conceivable reason as to why they fight and the film does not try to explore the intent or motivations behind these stupefying actions. The act of arguing becomes almost a norm for how the film’s characters react in general. Besides these men, there is just one female character that serves no purpose to the continuation of the film’s narration and has no significant role in the film’s development. The writer, if interested, could have used this overpopulated environment to their advantage. They could have used it as a way to convey the toxicity of their behavior and the egos of these men. On this front, the film sadly remains limited in its scope.

Nevertheless, the film is endlessly engaging and riveting. The way it stages the petty battles between its characters makes it hard not to be dazzled by the visual spectacle. The cinematography by Jinto George brings in so much of the film’s personality. The overall vibrance keeps your eyes glued to the screen. The camera movements contribute to the film’s agility due to the way he shoots the violent sequences. The nightscapes, glittered with bright lights make the battlegrounds appear nearly as fascinating as a painting. So much of the film’s emotional potency derives from his ingenious work.

Besides him, the music composed by Justin Varghese adds so much character to Ajagajantharam that it is hard not to get immersed in the film. Olluleru, which undoubtedly is the highlight from the soundtrack, fits seamlessly within the tonality of the film. The background score keeps making the film richer as a visceral experience. As a result of the work of these skilled professionals, the film manages to impress despite its untapped potential.

Ajagajantharam is now streaming on SonyLIV