Home»Reviews»Films This Week»Lake Michigan Monster [2020] Review : Grab a tub of popcorn and let this movie lead you to a madcap journey
Films This Week/Reviews

An eccentric ship captain and a crew of specialists plot revenge against the most mysterious creature of the deep — the Lake Michigan Monster. Trust me, when I read the plot the first thing that came to my mind was, how this is going to be something on the lines of Jaws or Moby Dick. But as soon as I pressed play, everything I assumed about this movie was thrown out of the window. We meet the eccentric Captain Seafield (Ryland Brickson Cole Tews), who claims that his father was killed by a sea monster as big as a Lion or a Tiger on the shore of Lake Michigan near Milwaukee. Seafield has this aura around him, how he has totally built-in this persona of a true sea captain. The bearded look, the hat, and the language itself. He tells his tale to anyone who will listen and soon he finds his “team of the century” to hunt down this so-called sea monster.

The team includes sonar expert Nedge Pepsi (Beulah Peters), weapons expert Sean Shaughnessy (Erick West), and former naval officer Dick Flynn (Daniel Long). Arriving at the lighthouse, reminding me of Robert Eggers’ The Lighthouse which also was shot in black and white but with a much bigger production. The team of the century gets to work with whiskey and enthusiasm. Seafield hatches his plan with odd titles and pun included. But each of three plans he makes ends in failure. But what comes to a surprise during the third attempt is that the sea monster is actually there and Seafield wasn’t just making some story to mend his persona. With the threat now real, the team starts to doubt the skills and intelligence of their leader as his true nature comes into evidence.

With runtime under 90 minutes, Lake Michigan Monster stays on top not only visually but in terms of storytelling. The dialogues are crisp and humorous. It is a madcap journey, to say the least. It blends in a touch of David Lynch with sprinkles of Buster Keaton. The journey of Seafield is filled with adventure, disappointment, cowardice, and full of energy. The beauty of this movie is how conscious it is about how far they can go with their skills. As we have seen indie movies going far with one aspect of the movie while bringing down other parts. Writer, Director, Producer Ryland Brickson Cole Tews with his Editor and animator Mike Cheslik, keep the story at the soul of it by taking us into a psychedelic world beneath the water. 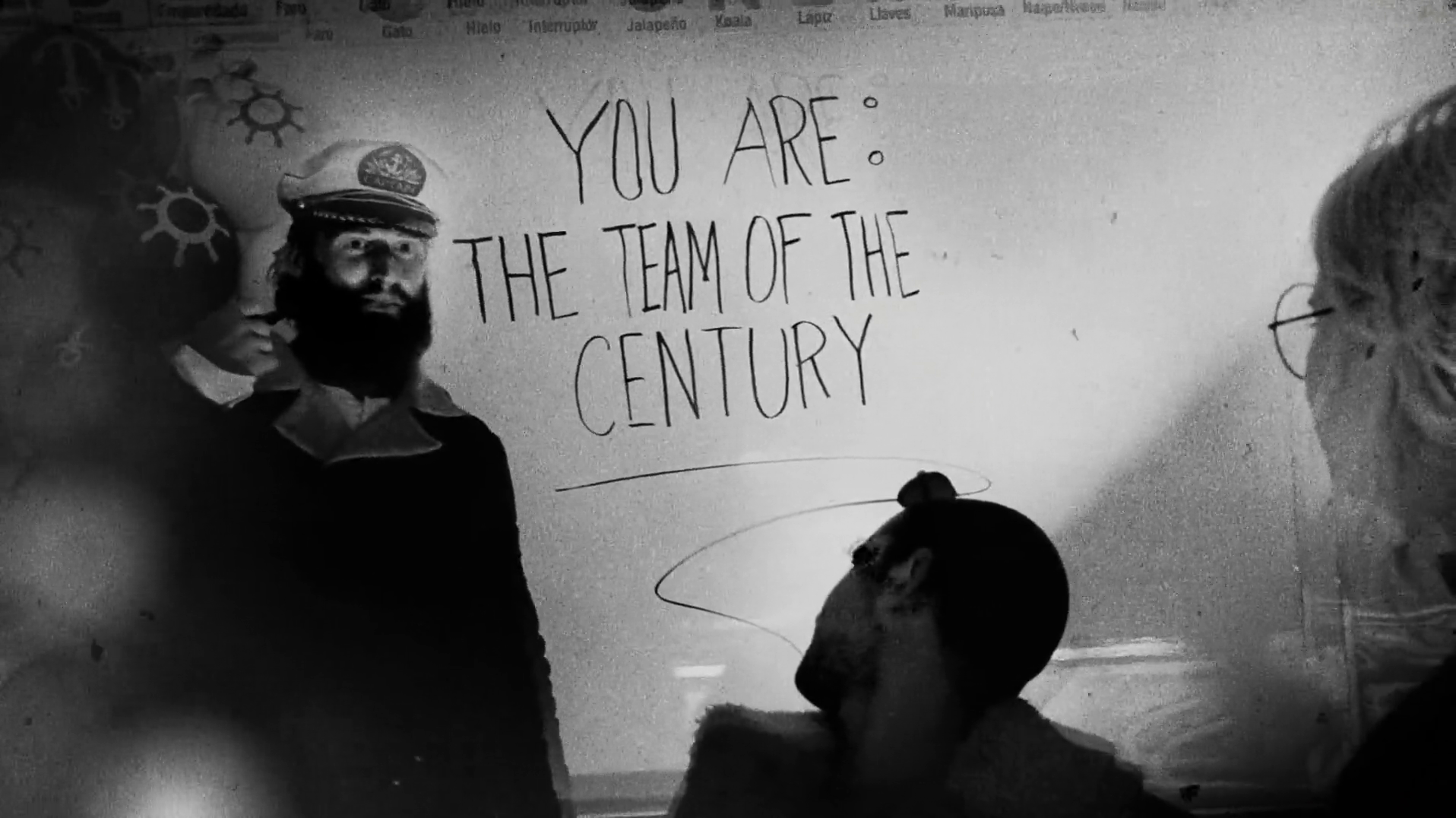 It is a heroes’ journey, kind of, as the finale brings in even more surprises hidden under the lake itself. Seafield and the sea monster come face to face but before that Seafield sends in an army of ghosts down under while he plays a checkers game with their leader. Kind of reminded me of Bergman’s Seventh Seal. This movie is like a wonder in itself where you pinch yourself asking – Is this even real? And why am I enjoying it so much? Every second of the movie is enjoyable. There is no moment in the movie where you get bored or divert yourself from the screens. The visuals and animation in itself are so interesting that you just want to replay the movie for sole purpose of appreciating it.

It is the commitment of the makers of this madcap movie where they go all in and out with this one. Lake Michigan Monster is everything you weren’t looking for. It is a surprisingly little film in every shape and form. Grab a tub of popcorn, press play, and let the movie lead you into a journey unexpected.