In a directorial career spread over four decades (1943-1983), Robert Bresson made only 13 feature films. L’Argent (Money) was his last film. This is due to his meticulous approach to cinematic language and the relatively non-commercial nature of his works. Mr. Bresson’s distinct, pared-to-the-bone minimalist style commenced with his third film, Diary of a Country Priest (1951), based on the novel by Georges Bernanos. Only the barest essentials of narrative cinema are included. The actors whom are simply considered as ‘models’ are rigorously and deliberately trained to offer expressionless, flat performance (termed as ‘Bresson face’). It was often achieved through exhaustion produced from multiple takes.

Moreover, Bresson used sound as much as images to communicate the meaning of a scenario. In fact, the director’s use of ‘mechanical sounds’ expresses the inner disquiet of his subjects. Another discernible, signature style of Robert Bresson is the way he emphasizes on the invisible, spiritual side of his on-screen characters, largely focused by slightest gestures and small moments. Intriguingly, the human hands have achieved an iconic status in Bresson’s cinema.

The conspicuous lack of dramatic elements in the film-maker’s work could be deeply felt in his treatment of Joan of Arc story in 1962. This immaculate Bressonian feature serves as the perfect antithesis to Carl Dreyer’s renowned silent classic The Passion of Joan of Arc (1928). While Dreyer’s film was fascinated by the profundity of human face so as to capture its distinctions akin to a picturesque landscape, Bresson’s The Trial of Joan of Arc eschews close-up shots to reach for deeper spirituality that couldn’t be possibly discerned through facial expressions and voice modulation. Such ability to accomplish moments of grace without inciting an immediate emotional response has persisted throughout the director’s works. 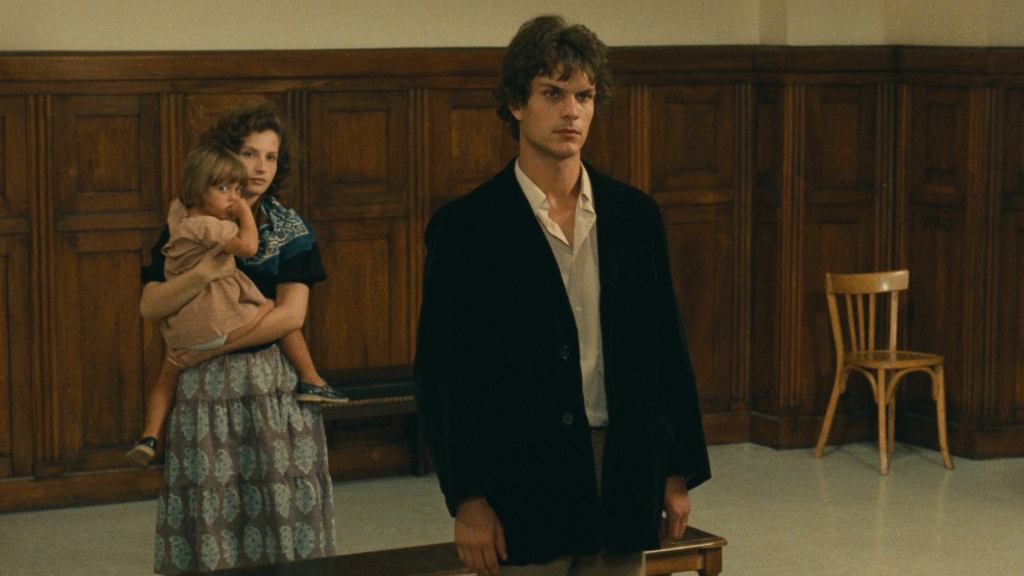 From Diary of a Country Priest (1951) to L’Argent (1983), Robert Bresson hasn’t made a single uninteresting movie.  While A Man Escaped (1956), Pickpocket (1958), Au Hasard Balthazar (1966) have been periodically included in the compilation of both cineastes & critics’ movie lists, Bresson’s 70s and 80s works are also equally illuminating; case in point L’Argent aka The Money. Loosely based on Leo Tolstoy’s posthumously published novella ‘The Forged Coupon’, Bresson’s last feature tells the story of a counterfeit bill which wreaks havoc in the lives of different individuals. Like his previous hermetically sealed cinema, L’Argent is also a harrowing yet humane observation of the indifferent, egotistical world.

L’Argent begins with a young student asking his well-to-do dad an advance on his weekly allowance to pay the debt he owes to a fellow student. The boy’s parents refuse the request and later the boy meets his friend who presents him a counterfeit bill of 500 franc. The boys pass off the bill to a local photography shop after buying a cheap photo frame. The store owner discovers that the bill is forged, but slyly passes it to Yvon Targe (Christian Patey), an oil truck driver who delivers heating oil to the shop.

When Yvon unknowingly uses that bill to pay the waiter at a local café it leads to trouble. Yvon’s altercation with the waiter lands him at court. In the trial, the shopkeeper’s assistant Lucien (Vincent Risterucci) lies to protect his boss. This leads to chain of events in which both the young men are pushed to do real criminal acts. Yvon’s descent is especially swift as he does some unspeakable acts in the film’s final episode. The blossoming of dehumanization that happens over a forged franc and the two boys’ chicanery looms larger, and the contagion of evil and despair looks extraordinarily complex.

As usual, Bresson’s aesthetics materializes into a sort of narrative through his often disorienting focus on certain details. The magnificent compositions, diluted of drama or polemics and draped with sickly color palettes, miraculously inscribe a profound emotive impact. L’Argent contains all the characteristically Bressonian burst of actions that directs the viewer’s attention only to what he considers essential at a given point in the narrative. This aspect could be perfectly understood by studying the most restrained yet brilliant bank heist scene in the history of cinema.

A young man quietly sitting in a car, police officers crouching behind their vehicles, a robber coming out of a bank aiming his gun at a woman he is holding as a shield, off-screen sounds of gun-shot, whistles, and other cacophonies. The demonstrative sternness with which Bresson stages this scenario conveys the precision and economy of his idiosyncratic film-making style. Even a car chase is cut forth between the shot of Yvon’s feet on the accelerator to the shot of police car at his side. What exactly went inside the bank is extraneous for Bresson, since what he is after is to capture the sadness of Yvon’s downfall, devoid of melancholic excesses.

Also Read:Bresson and the agony of innocence: 3 Tragic Films from the Master of Minimalism

What’s intriguing about L’Argent is the perplexed lucidity with which the characters understand their inner disquiet and conceive the resulting actions. Lucien’s criminal endeavors contain clear-cut altruistic motivations rather than self-interest. As for Yvon, the lucidity comes after he attempts suicide in the prison. Here, Bresson superbly employs the sound of a tin cup rubbed on hard prison-cell floor to express Yvon’s interiority. Once his life is saved, he clearly chooses to forgo the dogmas of morality. Yvon’s greater crimes from then on, however, aren’t bunched under the label ‘evil’. Particularly his butchering of the farming family (the murders remain off-screen) is portrayed in morally relativistic terms. 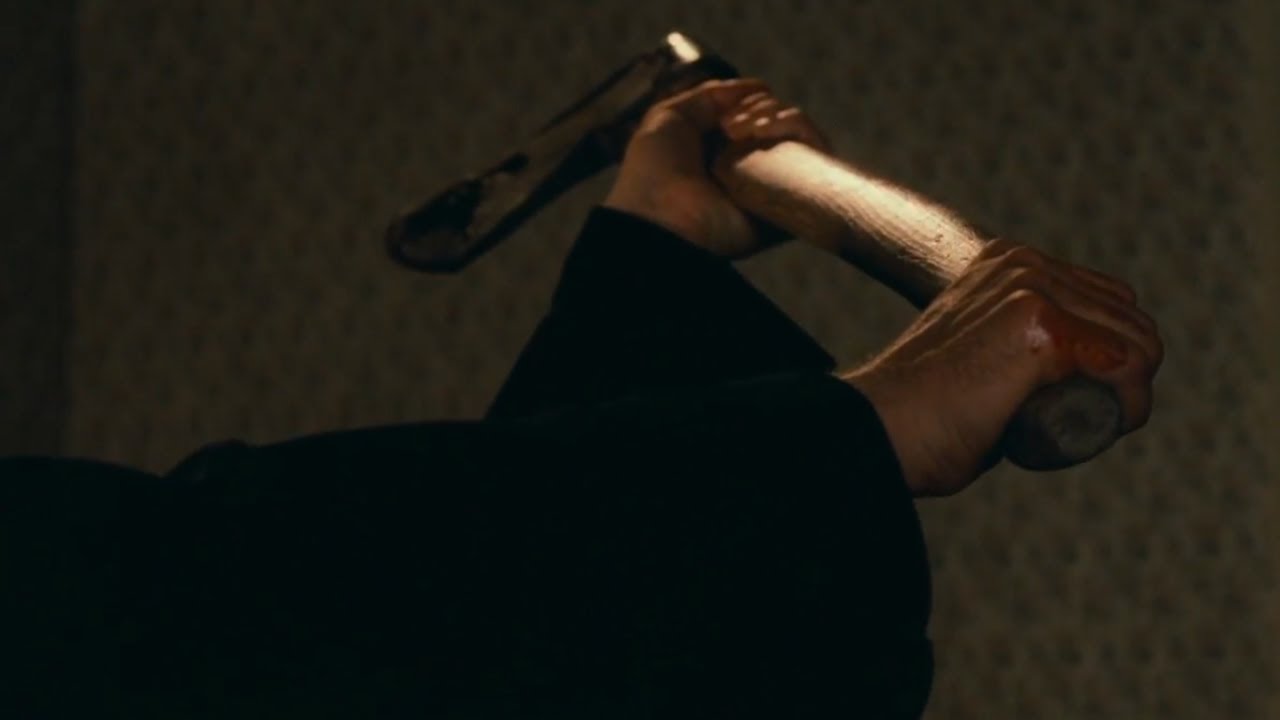 The compassion Yvon feels for the duty-bound, middle-aged woman, who cares for her old alcoholic father and an invalid child, contradicts his choice to renounce morality and stay true to his ‘criminal self’ that’s heaped upon him by the uncaring society. The essential purpose of this horrible act – staying true to one’s self or maybe mercy-killing? – observed with clinical detachment, proves more disturbing than any depiction of graphic violence on the screen.

Overall, L’Argent (85 minutes) is arguably one of the minimalist masters’ greatest work, evoking the bleak realities of the human condition.