Krzysztof Zanussi's Camouflage, though funny and tongue-in-cheek in its takedown of rich, self-believed idealism, also manages to get slyly dark and delicious towards the very end. By transversing its human dilemmas with darkly hilarious animalistic tendencies the film ultimately derives an extremely tense watching experience out of thin air.

If the youth of today is to be followed, Polish filmmaker Krzysztof Zanussi’s cinema would be termed as ‘politically incorrect.’ Which is only accurate because of his 1977 feature film “Camouflage,” which is about a group of university students battling it out to win a competition at a summer camp, but is really about the two sides of a politically correct statement. In doing so, Zanussi explores two very interesting questions about the human condition – How long does it take for the cloak of honesty & idealism to fall off one’s shoulder?  & How unpredictable is the devil inside each one of us?

While Zanussi’s main dramatic heft comes from his understanding of human nature where he pits two sides of a single coin against each other – mostly abrasing between his cynical, nihilistic, professor – Jakub (Zbigniew Zapasiewicz) and his younger, idealistic colleague Jaroslaw (Piotr Garlicki), he firstly deviates from his main agenda. Which is why his film also satirizes the powerful people in control and their odd, shallow and stupid nature. 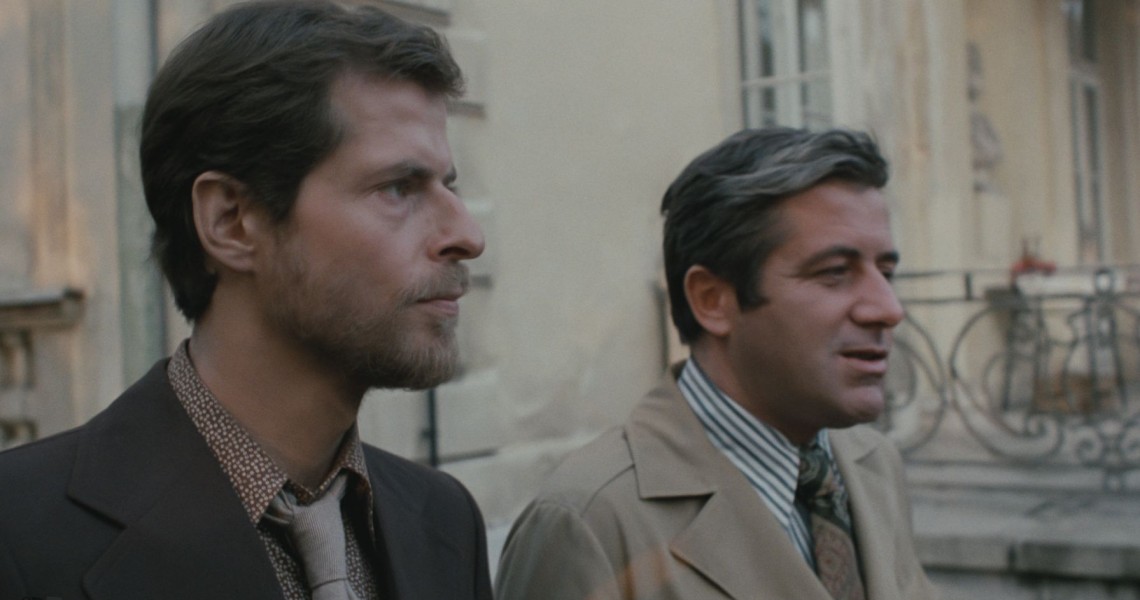 In one of my favorite scenes from the film, a young-drunk student bites the ear of the rector who has come to award the students with prizes for their papers and research on linguistics. In reality, Zanussi’s interest is to make fun of the big pot-bellied person in charge who supposedly doesn’t even have a doctorate of his own to be in his position or decree. In another funny scene, the campus pool is specially cleaned (by the students), so that the rector with the big belly could take a dip. There is a sharp critic of communism that prevailed at the time in Poland. Where the award is not to be given to the drunken-student on the grounds of his geographical shortcomings.

Which brings us to the real core of Zanussi’s film. Going by the funny and vibrant opening titles which feature hand-drawn pictures of frogs, reptiles, and other animals, his main aim is to draw parallels between idealism and dishonesty. Jaroslaw, who, because of his young age is the only bridging link between the professors & students is constantly in a siege by the manipulative, cynical ways of his senior Jakub. Who doesn’t just tell him how the power dynamics work in the game of politics, but also, with his sly, piercing words and metaphors that pit the nature against the human condition, also pushes him one step further towards slipping out of his rigid state of ideology.

Krzysztof Zanussi’s Camouflage, though funny and tongue-in-cheek in its takedown of rich, self-believed idealism, also manages to get slyly dark and delicious towards the very end. By transversing its human dilemmas with darkly hilarious animalistic tendencies the film ultimately derives an extremely tense watching experience out of thin air.

Happy End [2017]: A Lackluster Drama with Sporadic Moments of Brilliance