Legendary director Martin Scorsese and iconic actors Robert De Niro and Joe Pesci have teamed up for several timeless films over the decades.

Though many would consider the likes of Goodfellas (1990), Casino (1995) or The Irishman (2019) the best Scorsese-De Niro-Pesci film of them all, Raging Bull (1980) certainly belongs in the conversation of their best work together.

De Niro takes center stage as real-life boxer Jake “Raging Bull” LaMotta, one of the first legendary athletes of the sport. LaMotta was the world middleweight champion for two years from 1949 to ‘51. Raging Bull is based off of LaMotta’s 1970 memoir, Raging Bull: My Story.

Classic sports films based in New York such as Raging Bull, Adam Sandler’s Uncut Gems (2019) and Kurt Russell’s Miracle (2004) tie in well with the sports betting industry which is currently booming in The Empire State which launched in January.

Boxing is one of the many sports that customers can bet on in the state, and people who sign up now can enjoy the many New York sportsbooks promo codes. This includes up to $1,250 plus 1,000 in reward credits and 1,000 in tier credits from Caesars, $200 in free bets from DraftKings if you bet $5 on the NFL or college football and a $1,000 risk-free wager from FanDuel.

Through these sportsbooks, you can place all sorts of different wagers such as futures (league champions, award winners, etc.), parlays and point spreads.

The Success Of “Raging Bull”

Raging Bull was not only a pivotal chapter in the Scorsese-De Niro partnership, but it also led to the beginning of Pesci’s rise to Hollywood stardom. Pesci plays Joey LaMotta, the real-life brother and former manager of Jake LaMotta. 10 years after the release of Raging Bull, Scorsese directed the critically-acclaimed Goodfellas film that starred the late Ray Liotta, De Niro and Pesci. The latter went on to win the Academy Award for Best Supporting Actor for his role as Tommy DeVito in the film.

Raging Bull closely follows LaMotta’s rise to fame, storied boxing career and personal life. It also largely focuses on the many personal hardships that LaMotta suffered during and after his career.

Though LaMotta is among the world’s top boxers, he struggles with self-control and handling his emotions which end up derailing his career. The film strongly focuses on the difficult relationship LaMotta has with his wife, Vickie (played by Cathy Moriarty).

LaMotta struggles to stay focused on his career because he is constantly worried about his wife being unfaithful. This leads to him destroying his own marriage as well as the once-close relationship with Joey.

LaMotta’s real-life rival and kryptonite, Sugar Ray Robinson (portrayed in the film by Johnny Barnes) eventually defeats him to claim the middleweight boxing championship. LaMotta never recovered from the loss to his archenemy, and he ended up retiring in 1954.

Having starred in Taxi Driver (1996), De Niro was already a household name in the Hollywood industry by the time Raging Bull hit theaters. But it turned out to be a life-changing film for more than Scorsese, De Niro and Pesci. 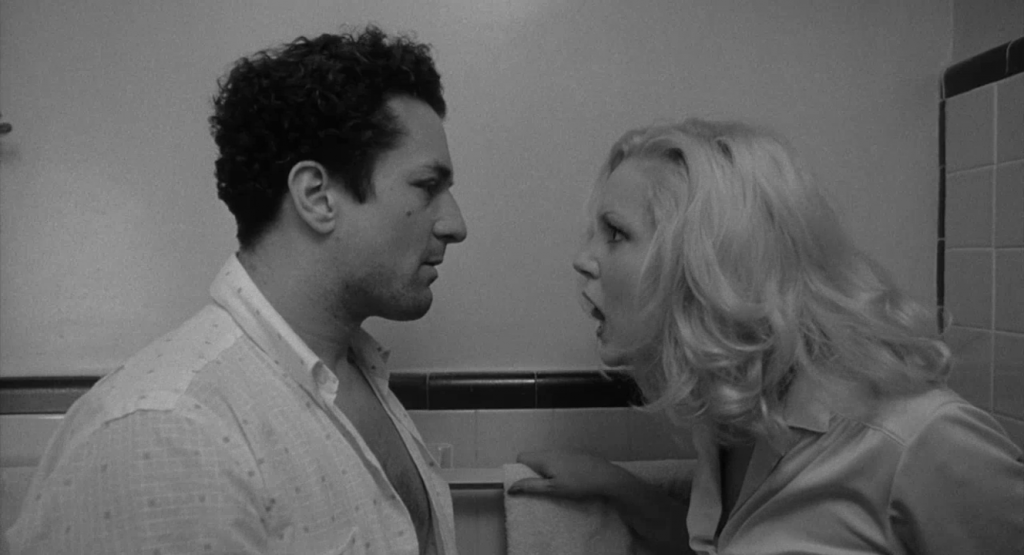 Raging Bull was Moriarty’s first movie role, and the universally-praised performance saw her receive an Academy Award for Best Supporting Actress nomination. Mary Steenburgen won the award for her role in Melvin and Howard.

This was the starting point for Moriarty’s decorated acting career. Some of her subsequent successful projects included Soapdish, White of the Eye and the Law & Order television series.

The late Frank Vincent, a longtime friend of Pesci’s, also got his big break in Raging Bull. Vincent played mafia member Salvy Batts in the film, and De Niro and Scorsese saw enough to use him in future films.

Vincent would later play Billy ‘Batts’ in Goodfellas, by far the most memorable role of his movie career. Vincent got to share the stage with De Niro and Pesci once again in Casino, another widely praised film, where he portrayed Frank Marino.

More than 40 years after its release, Raging Bull’s legacy remains that of one of the very best sports movies ever made. And the world-class performances from the star-studded cast would lead to the well-documented success of future Scorsese-directed films.

Day Shift Soundtrack: Every Song Featured in the Netflix movie