In the realms of the young adult/teen movie adaptions, we have the 2nd installment of this saga, in which young adults run throughout the film, just because the title says so. While last year’s The Maze Runner was surprisingly thrilling, even though it merely consisted of people running through random puzzling set pieces, haunted by mysterious creatures and an ever-changing scenario, The Scorch Trials is merely a fast-paced, good-looking film which doesn’t do much.

Picking up from where we left, The Scorch Trails begins brilliantly and gathers all your attention. The very first thing that came to my mind was the fact that the film looks like a finished and well-polished product when compared to the utterly obnoxious ‘Insurgent’ that didn’t even pay attention to taking proper care of the CGI. The Scorch Trails begins with a flashback to Thomas’s (Dylan O’Brien) past, followed by a run for a safe place. Thomas and his friends are out of the maze and are eager to see the light of the day. But as they move further, they realize that their actions are governed by this mysterious and powerful organization named WCKD [Read: Wicked]. The film basically revolves around them trying to run for their life, as WCKD tries their best to get them back. The Maze is gone but there are zombies, lightning, falling buildings, and a few other shenanigans to keep them from a group that they consider safe. 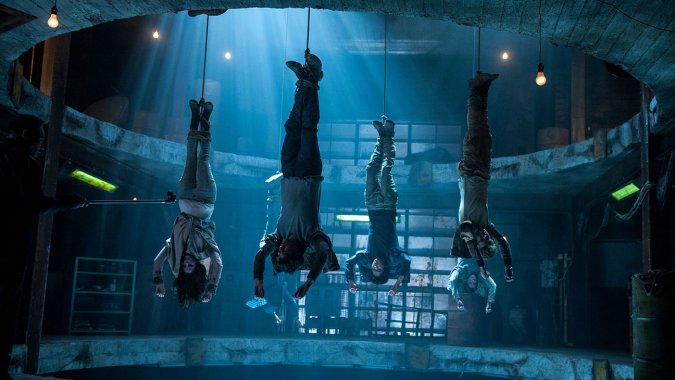 I’ll give Wes Ball credits for making this film as exciting as it can get. The problem with these YA films is, they try being smarter than they are and hence come out as complete gimmicks. The action in The Scorch Trials may feel like it’s made for kids between the age of 10-15 but it’s also so well executed that even an adult wouldn’t complain much. The negative is, the film leads nowhere. It’s immensely repetitive, which makes it exhausting when the action and overly loud score steams off. If I had to describe the film in a few words, I would say The Scorch Trials is basically made to show how humane and good the protagonist is. He is the one who doesn’t leave anyone behind, even though he has met that person 5 minutes ago.

There are two specific scenes in the film, the first one being Thomas and Brenda (Rosa Salazar) going into a psychedelic zombie-killing party, and the other where a building gets destroyed as Patsy Cline’s Walkin’ After Midnight plays on a gramophone. While these two scenes are nicely executed, they don’t really help in moving the film in any direction, which makes them completely irrelevant.

The Scorch Trials stumbles and completely cancels the existence of the first film. Why was there a Maze in the first place? I feel like The Maze Runner is just an overly elaborate prologue to The Scorch Trials and this film is just episodic. It’s just running away from point A to B, B to C, C to E and so on and so forth.  The narrative is exactly like a video-game, and that’s not a bad thing, or is it? 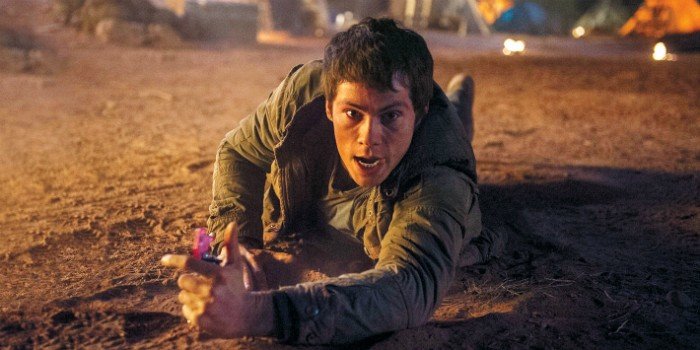 I feel questioning these post-apocalyptic films, out of the gazillion other post-apocalyptic films is like finding a pin in a sand dune. A lot of characters are added to a list of good young actors. Like Aidan Gillen from Game Of Thrones shows up quite early in the film. But his intentions are made quite evident even though the film tries hard not to. Giancarlo Esposito, Gus from Breaking Bad also appears and seems to have an important role. Hope he gets to shine in the next film.

Final Verdict: With everything said and done, If you enjoyed the first film it’s not necessary that you will enjoy this too. There’s a lot of thrill in the film but that’s just a clever editing gimmick. If you plan to watch this expecting it to show some depth in its plot and characters, avoid it.