Miss Americana [2020, Netflix] focuses on Taylor Swift who until recently was the youngest solo artist to win for Best Album at the Grammys. Swift’s story in Miss Americana is a letter to her younger self’s apprehensions about herself. This one is purely for the “Swifties.” But there is enough to retain the attention of someone who just chances upon this documentary.

There is a sequence right at the start of Miss Americana. It features intense bass beats and Swift asking her audience if they are ready for it. Are we ready to see her tell her story and give us a peek of the regular person behind the international music sensation?

Documentaries exist to give the audience a peek into the person’s life. The wall they keep between themselves and the world needs to become translucent if not completely transparent. Miss Americana has snippets of that. These snippets usually give us the impression that we are getting an unfiltered glimpse into their lives. 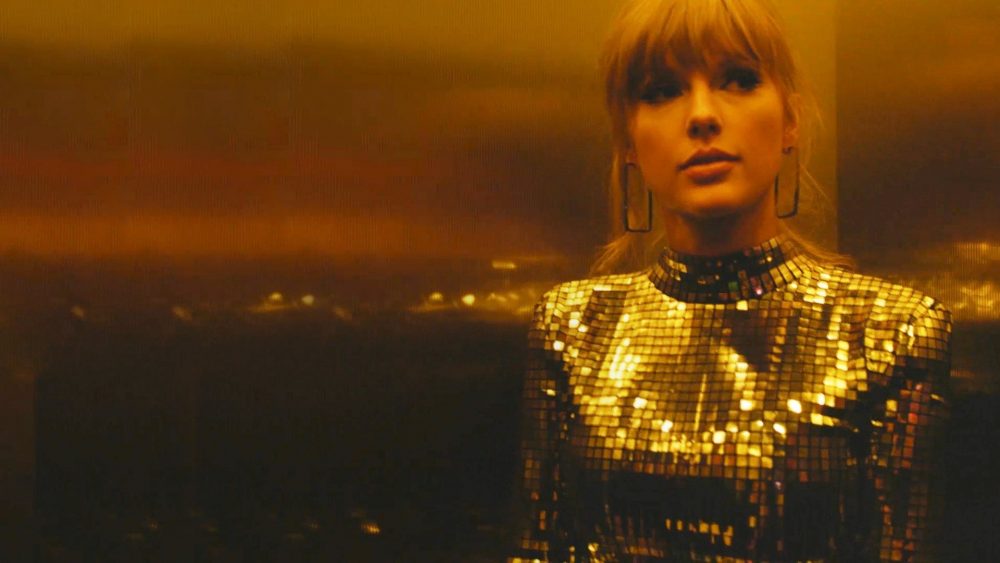 Now, how sure of that are you. Why would anyone open themselves up for a worldwide audience? We see only what the subject (celebrity) wishes to show us. And to be quite fair to Swift… How can this be considered wrong?

We see Taylor’s walk from her room to the stage and even her time spent within the confines of her room as she vocalizes lyrics from, “…Ready for it.” The star usually knows that there is a camera on them, capturing footage that can be used when a movie about their journey is made.

They are allowing themselves to be recorded and are AWARE of it. So what’s new in Miss Americana?

Also even if we are to see something new, how sure are we that it won’t be acted out for the camera. Is there anything such as “backstage” or “off-camera” for celebrities? There isn’t much new in Miss Americana apart from the knowledge that she maintained a diary. Or was that part of public knowledge as well before this release?

If so, then the only thing we haven’t seen before is all of these events edited together and presented in the form of a story. One where we see Swift’s emotions through her interactions with her significant others. I love how the documentary manages to capture how lonely it is at the top. They are surrounded by millions yet so lonely.

Getting back to the emotions in the story…they may or may not be real but the way it is presented makes it work.

Correcting the public’s understanding of the character which has been misunderstood is one of the reasons that documentaries about celebrities exist. Here as well viewers can quite easily understand that she is trying to sort out certain misunderstandings in the perception of the people.

For example…The common idea on social media comments is that she gets into a relationship only to break up and get material for a new album. Well, here we see how rejection and lack of approval in the form of trophies spur her to work harder. Miss Americana shows Swift sitting on her couch and awaiting the result of that year’s Grammy nominations for Best Album. Her album was snubbed. And according to the director Lana Wilson and the team of editors, she gets over her disappointment quite fast.

Quite quickly for one who lives for the approval of others as Swift herself says. Lana Wilson chooses to focus on Swift’s work ethic in this documentary. This is presented in a manner where she focuses on her self, thereby correcting her image. However, all that happens is her reinforcing her image as a “good girl” who smiles and waves and is nice.

And this documentary just reinforces that aspect. We see her move her cat from doing something dangerous as she voices this “good girl” line out on screen.

Miss Americana is also a take on the evolution of Swift in her journey in the spotlight. These aspects come across over a long time where she narrates to us about how she realized she had to look at what was best for Taylor Swift and not for the millions. It’s new content for those who aren’t ardent followers of Swift and know her as just a singer. But her political views, snippets of her personal life, her comments on Kanye’s comments on Beyonce’s video… those are already public.

The motivation behind her departure on being apolitical is a bit new. However, it is just a rehashed version of her doing things for her fans and living for them under the veil of focusing on herself. Has she really evolved? She must have just become a bit thick-skinned and channelled her stories into her songs. But isn’t that how she made her career in the first place?

“Swifties” will know about a majority of the content in Miss Americana and aren’t getting anything new from here.

They won’t care though as they are getting to watch their idol on the screen even more.