Ken Russell was quite simply one of the maddest filmmakers ever. The performances under his direction were impassioned, his technical craft was uniquely demented, and the ideas he placed in his films were truly singular. His presence in world cinema, and even more so in British cinema, is completely unparalleled as his films went deep into the psyche and emotional turmoil of the fascinated, the curious, and the ambitious. 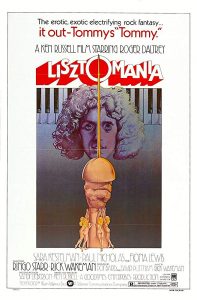 Ken Russell was never one to attempt to make straight-forward biographies, and his rendition of the life and career of 1800s German composer Franz Liszt (and his frenemy Richard Wagner) is him at his most bonkers and wildly unanachronistic – it’s one of a big handful of Russell’s films that prove him to be an idiosyncratic auteur like no other.

This biopic begins as a free-form account of the prominent points of Liszt’s career and sexed-up relationships, then transforms into an utter pop-culture phantasmagoria that mix-and-matches Frankenstein, vampires, superheroes, and of course ultimately portrays Wagner as an electric guitar wielding Hitler.

Lisztomania truly is a most deranged film, yet what makes it so singular is how it’s also still highly comprehensible – this biopic actually seems to benefit from its multitude of ridiculous Western theatrics and major anachronisms (mostly placing ‘40s European political turmoil and ‘70s Western pop culture into the mid-1800s), as it’s able to so clearly and efficiently explain the impact of the music of both these two composers even a century on.

Who better to play this rock star of the 1840s than a rock star of the 1970s, The Who’s Roger Daltrey, who works well attuning his acting sensibilities to Russell’s crazed sensibilities, without overdoing himself or demanding attention (his highlight being his pained performance when tortured by a voodoo doll). Daltrey excels even more, unsurprisingly, in his singing capacities within the film’s musical numbers, putting great emotion into either their quieter moments like the superb and utterly profoundly moving Love’s Dream or the more politically-minded ballads like Funerailles. There aren’t as many here as there are in the more straight-forward Russell-Daltrey collaboration Tommy (released just a few months before this one), but this leaves us with no songs that aren’t memorable, all of which are composed by Yes keyboardist Rick Wakeman, though with a little compositions from Liszt and Wagner sprinkled. 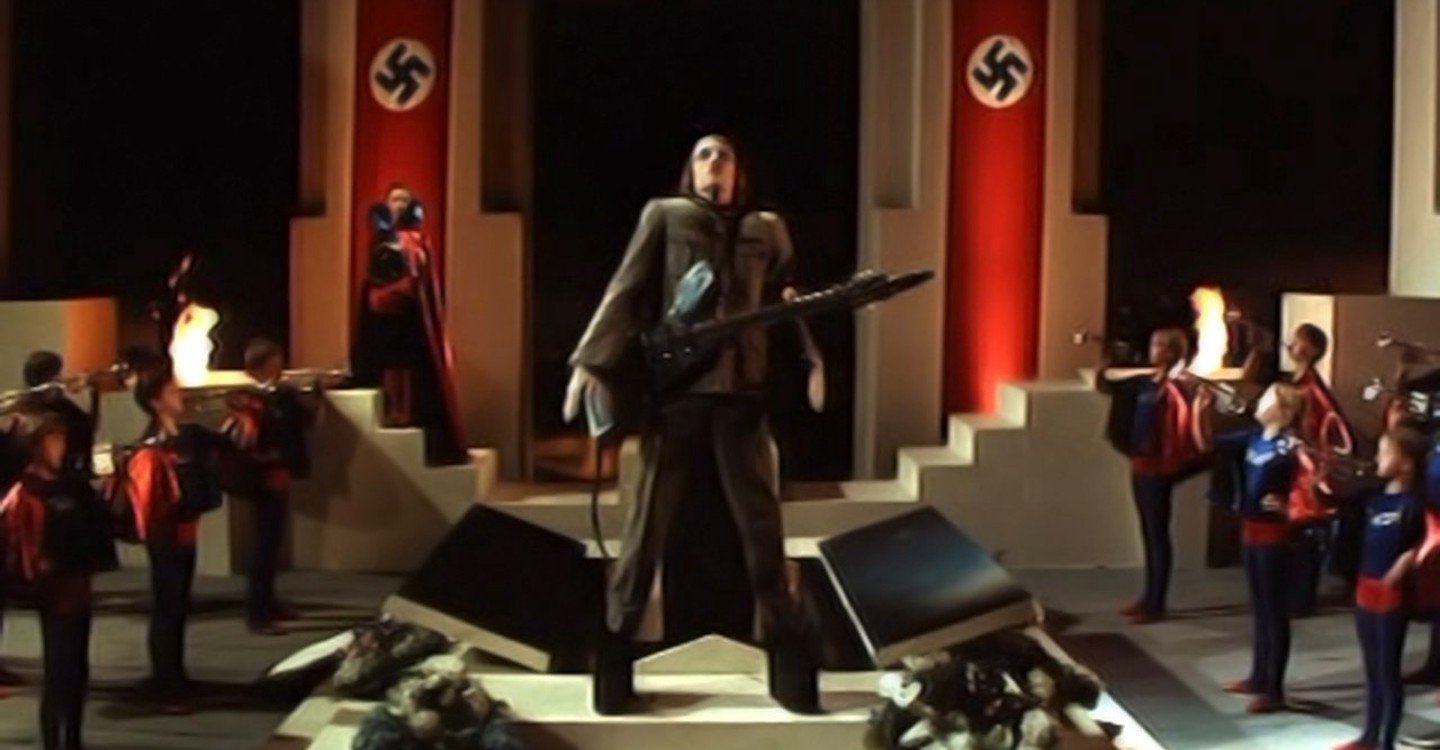 Roger and the other actors are given all sorts of quality lines – “I’ve polished your sword! What do you want it for, to kill the critics?” “Time kills critics, my dear”; “They say that music is the gay science”; “No, Wagner! Stay in hell where you belong!”; and this quality line by the Pope, “But truth is stranger than fiction? We’ve kept going for two thousand years on that one,” his holiness played by none other than Ringo Starr. But it’s this line — “Music, like sex, should be approached in the religious spirit as one of the holiest things in life” – that is what informs so much of the film. Phallic frenzy is at play during many scenes, most notably when Liszt meets the Russian Queen Carolyn to be married to her, where the film indulges in a fantasy of his comically large member being celebrated by women, before his excitement turns to horror when the Princess has him to be castrated by a guillotine (luckily it’s only a phantasy). Russell was certainly gutter-minded while making this particular film, but really to exemplify Liszt’s sexual deviances that caused blockages in both his artistry and relationships.

To say a Ken Russell film can be bonkers is like saying a Metallica concert can be loud. At this point in his career, arguably at his height and in his idiosyncratic comfort zone, Russell knew what kind of films he was making and his fans knew what to expect from him. Lisztomania crossed the passion of his previous biopics (The Music Lovers, Savage Messiah, Mahler) with the pop-culture craze of Tommy and he changed the way biopics are made to this day … well, that didn’t quite happen, but more biopics these days ought to emulate some sense of the gleefully deranged spirit that Lisztomania oozes throughout its entirety.