50 Most Anticipated Movies of 2022: Here are 50 upcoming film projects from 2022 that, I think, deserve to be discussed and I am most excited about. The highlight of this year, for me, is a series of interesting collaborations and pairings. From Liv Ullmann making a comeback in a Vicky Krieps movie to Ethan Hawke featuring in a Robert Eggers movie, 2022 has many surprises in store for us. I am already late for this list, so without any delay, let us hop on to the list of 50 most anticipated films of 2022, arranged, mostly, in alphabetical order.

Overwhelmed when a figure from her past reemerges, Joan Verra retreats to the countryside with her son Nathan. There she experiences fragmented recollections of her past romantic encounters.

A coming-of-age story set in the suburbs of Houston, Texas in the summer of 1969, centered around the historic Apollo 11 moon landing.

Related to most anticipated movies of 2022: 10 Films to watch if you love the cinema of Richard Linklater

A coming-of-age story about growing up in Queens in the 1980s. 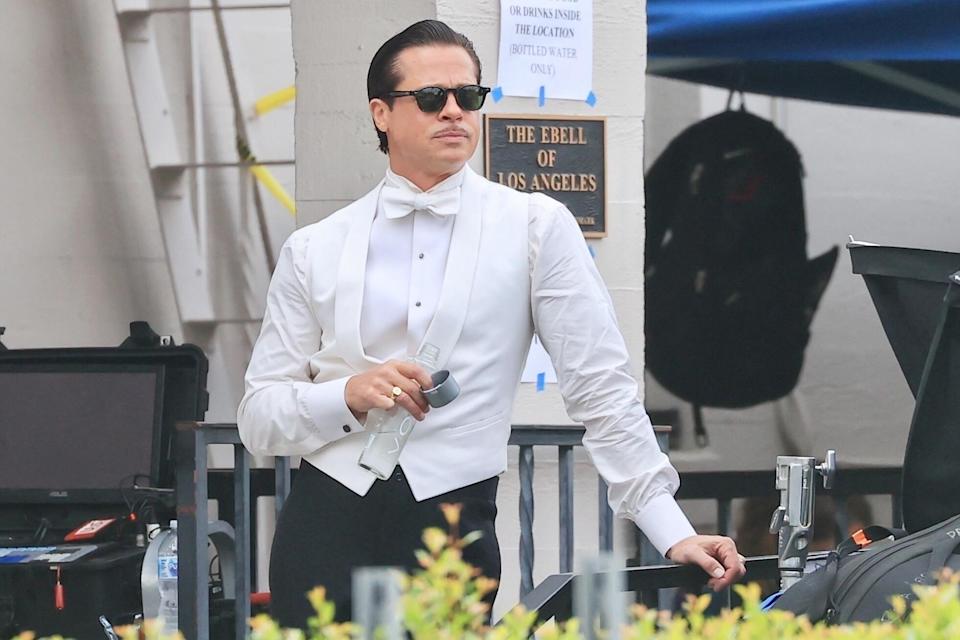 Plot Unknown. Rumored to be set in period Hollywood.

6. Bones and All | Director: Luca Guadagnino

Maren, a young woman, learns how to survive on the margins of society.

A feature film based on the popular video game set on the abandoned fictional planet of Pandora where people search for a mysterious relic. 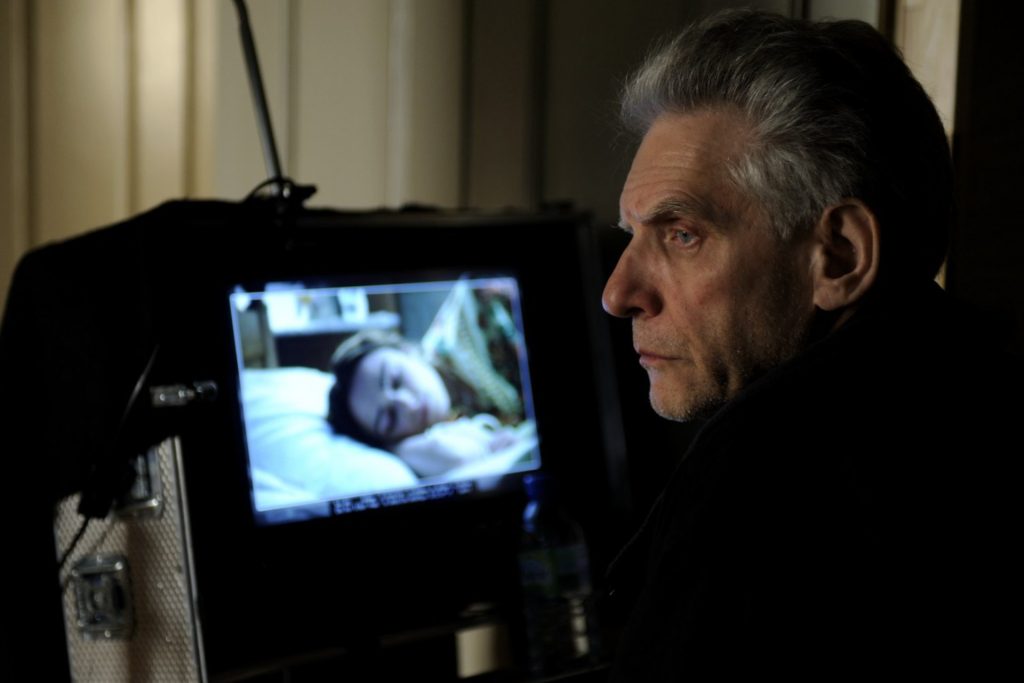 A deep dive into the not-so-distant future in which humankind is learning to adapt to its synthetic surroundings. This evolution moves humans beyond their natural state and into a metamorphosis, which alters their biological makeup.

While on vacation on the Nile, Hercule Poirot must investigate the murder of a young heiress.

A well-to-do husband who allows his wife to have affairs in order to avoid a divorce becomes a prime suspect in the disappearance of her lovers.

News has turned digital, leaving veteran crime journalist Joy at the cusp of irrelevance. Determined to break the next big story and refashion his complicated personal life, Joy embarks on a relentless odyssey through the heart and gut of Mumbai, stumbling into its darkest corners. 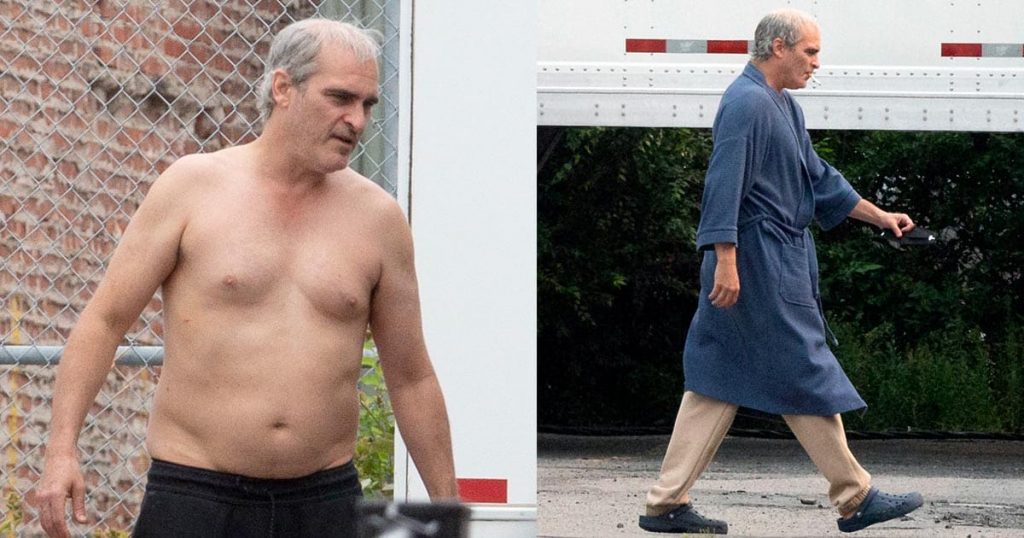 A decades-spanning portrait of one of the most successful entrepreneurs of all time.

Related to Most Anticipated Movies of 2022: Ranking the Films of Robert Eggers, Jordan Peele, and Ari Aster

A young man spends a summer in Italy where he meets his idol, Gore Vidal, who teaches him about life, love, and politics.

The film is an original and personal look at Napoleon Bonaparte’s origins and his swift, ruthless climb to the emperor, viewed through the prism of his addictive and often volatile relationship with his wife and one true love, Josephine.

The complex love of Leonard and Felicia, from the time they met in 1946 at a party and continuing through two engagements, a 25-year marriage, and three children. 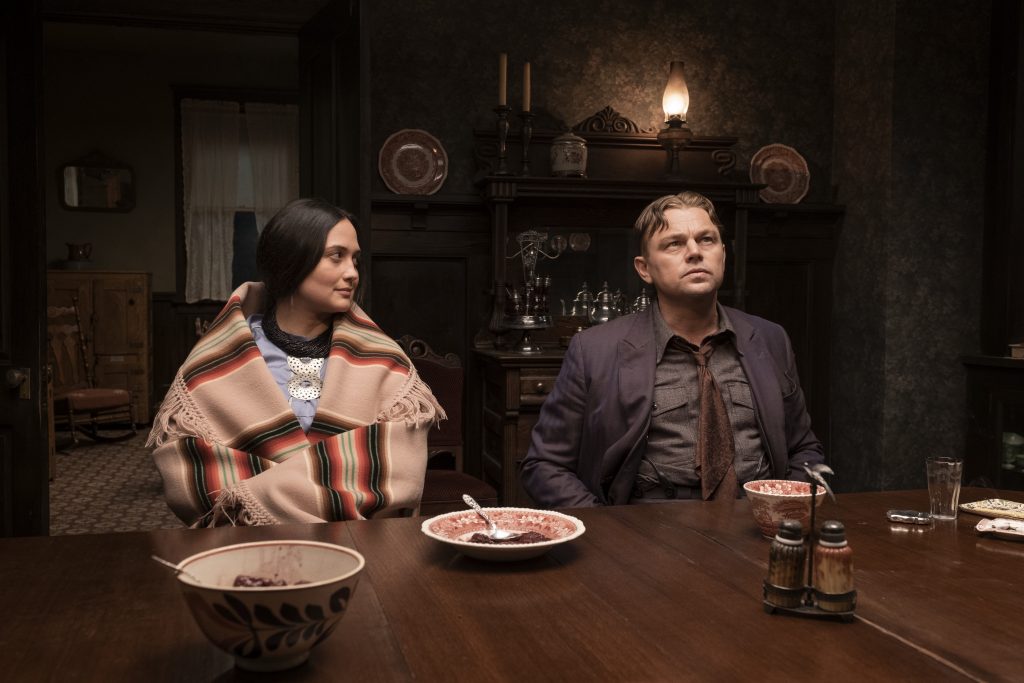 Members of the Osage tribe in the United States are murdered under mysterious circumstances in the 1920s sparking a major F.B.I. investigation involving J. Edgar Hoover.

A young woman goes on a solo vacation to the English countryside after the death of her ex-husband.

A recently-released ex-felon living in modern-day India struggles to adjust to a world of corporate greed and eroding spiritual values. 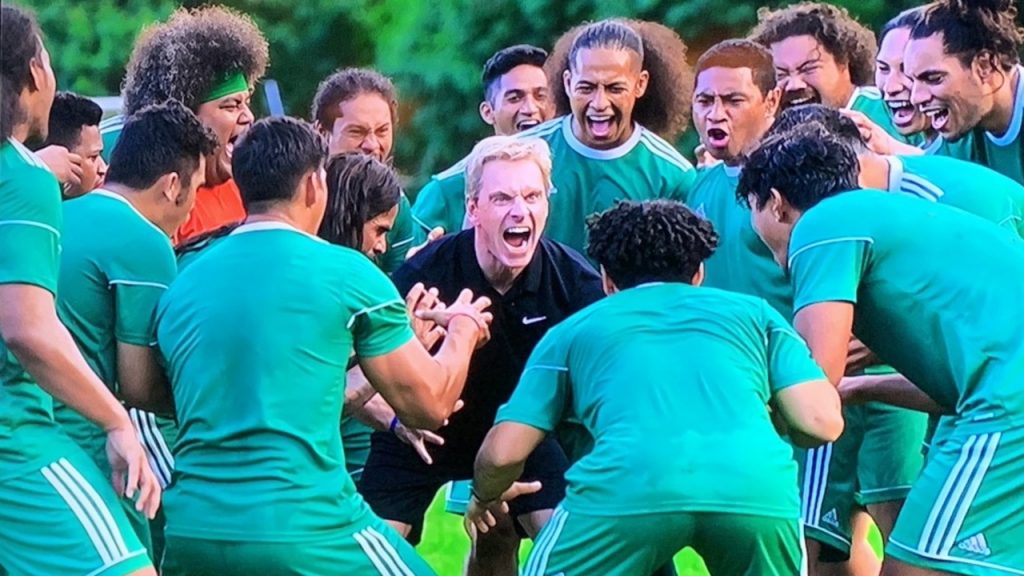 Adaptation of the 2014 British documentary. The story of the American Samoa soccer team, who suffered the worst loss in World Cup history, losing to Australia 31-0 in 2001.

Related to Most Anticipated Movies of 2022: Every Taika Waititi Movie Ranked

21. More Than Ever | Director: Emily Atef

A young woman, happily married, has a few months left and decides to travel across Europe to Norway alone to live the adventure of her life.

The story is based on the life of people in Mumbai which includes their happiness, drama, fun, and romance which interlink their lives.

Live-action adaptation of J.M. Barrie’s classic tale of a boy who wouldn’t grow up and recruits three young siblings in London to join him on a magical adventure to the enchanted Neverland island.

A shy, teenage musician tries to keep things together in the aftermath of her older, more outgoing sister’s death.

A darker version of the classic children’s fairy tale of a wooden puppet that transforms into a real living boy.

A US soldier suffers a traumatic brain injury while fighting in Afghanistan and struggles to adjust to life back home.

Margaret’s life is in order. She is capable, disciplined, and successful. Everything is under control. That is, until David returns, carrying with him the horrors of Margaret’s past. The film will be a Victorian tale of love, discovery, and scientific daring, Poor Things tells the incredible story of Belle Baxter, a young woman brought back to life by an eccentric but brilliant scientist.

A financial reporter travels to Rio de Janeiro to visit a wealthy friend, only to get sucked into a plot to fake his friend’s death.

Related to Most Anticipated  Movies of 2022: 5 Underrated Benedict Cumberbatch Movies

New York Times reporters Megan Twohey and Jodi Kantor break one of the most important stories in a generation — a story that helped launch the #MeToo movement and shattered decades of silence around the subject of sexual assault in Hollywood. 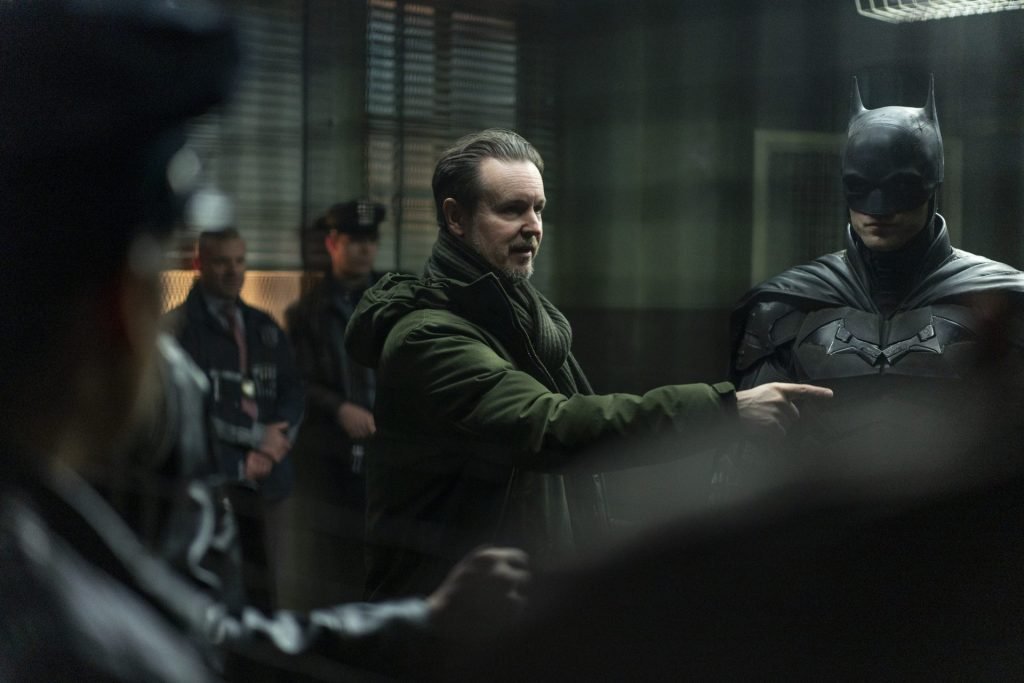 In his second year of fighting crime, Batman uncovers corruption in Gotham City that connects to his own family while facing a serial killer known as The Riddler.

The true story of a man who became the Pentagon’s most valuable spy during the last years of the Cold War.

A semi-autobiography based on Spielberg’s own childhood.

In Europe, a CIA operative-turned-assassin looks to evade mysterious forces as he tries to save the lives of the daughters who don’t know he exists. 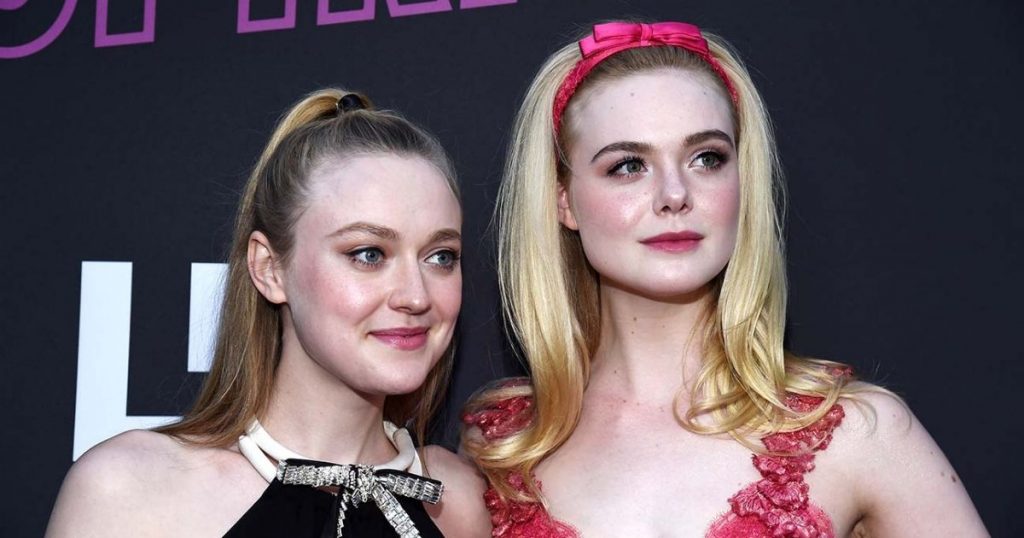 The lives of two sisters living in France are torn apart at the onset of World War II. Based on Kristin Hannah’s novel ‘The Nightingale’.

An expert tailor must outwit a dangerous group of mobsters in order to survive a fateful night.

Peter as his busy life with his new partner Emma and their baby is thrown into disarray when his ex-wife Kate turns up with their teenage son, Nicholas. 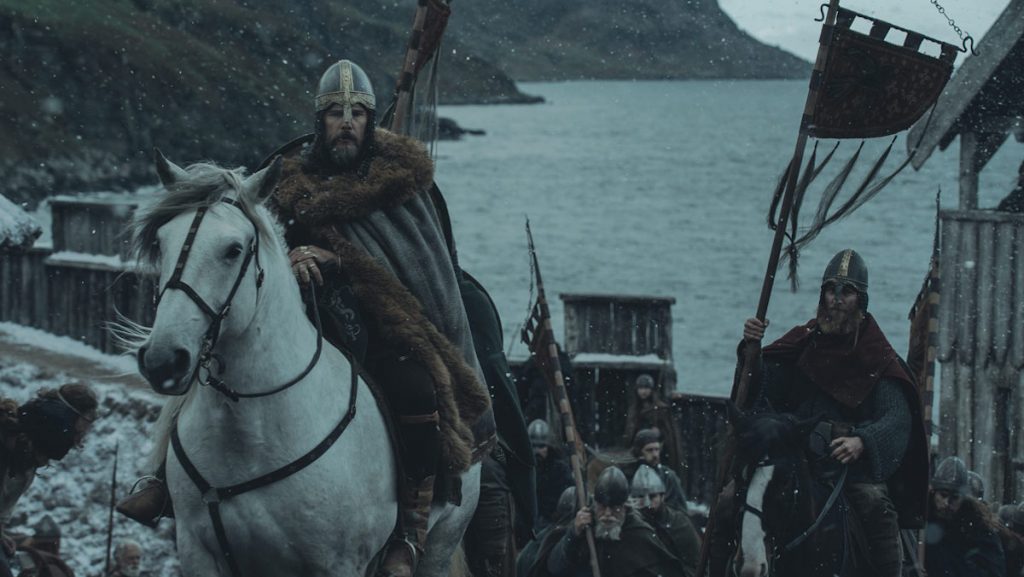 From acclaimed director Robert Eggers, The Northman is an epic revenge thriller that explores how far a Viking prince will go to seek justice for his murdered father.

Two men meet on a plane and strike up a conversation that turns into friendship. For Henry Teague, worn down by a lifetime of physical labor and crime, this is a dream come true.

42. The Way of the Wind | Director: Terrence Malick

A retelling of several episodes in the life of Christ.

Related to Most Anticipated Movies of 2022: Every Terrence Malick Film Ranked

A retelling of several episodes in the life of Christ. 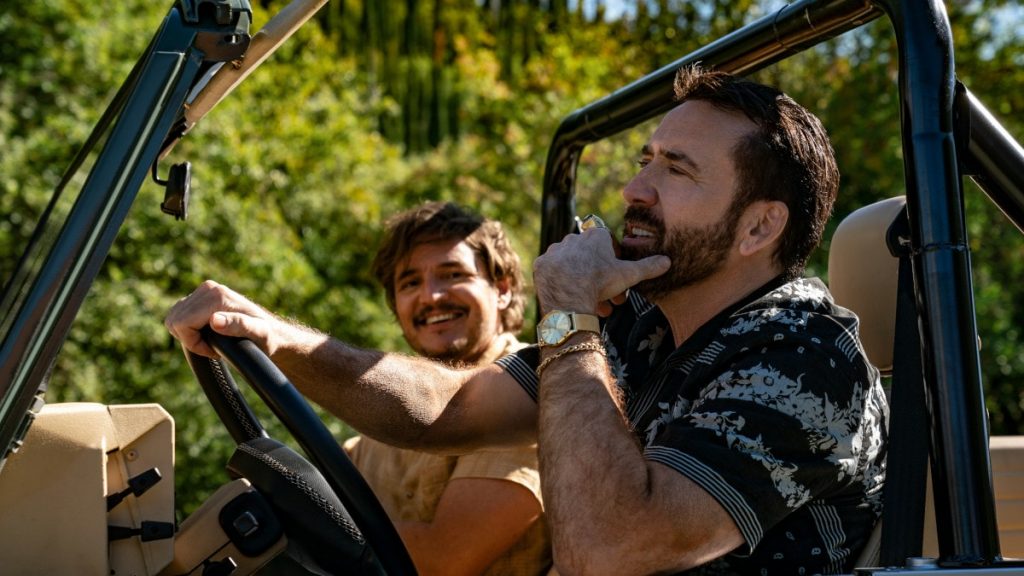 A cash-strapped Nicolas Cage agrees to make a paid appearance at a billionaire super fan’s birthday party but is really an informant for the CIA since the billionaire fan is a drug kingpin and gets cast in a Tarantino movie.

A scholar, content with life, encounters a Djinn who offers her three wishes in exchange for his freedom. Their conversation, in a hotel room in Istanbul, leads to consequences neither would have expected.

A pair of models find themselves at a crossroads in their careers. 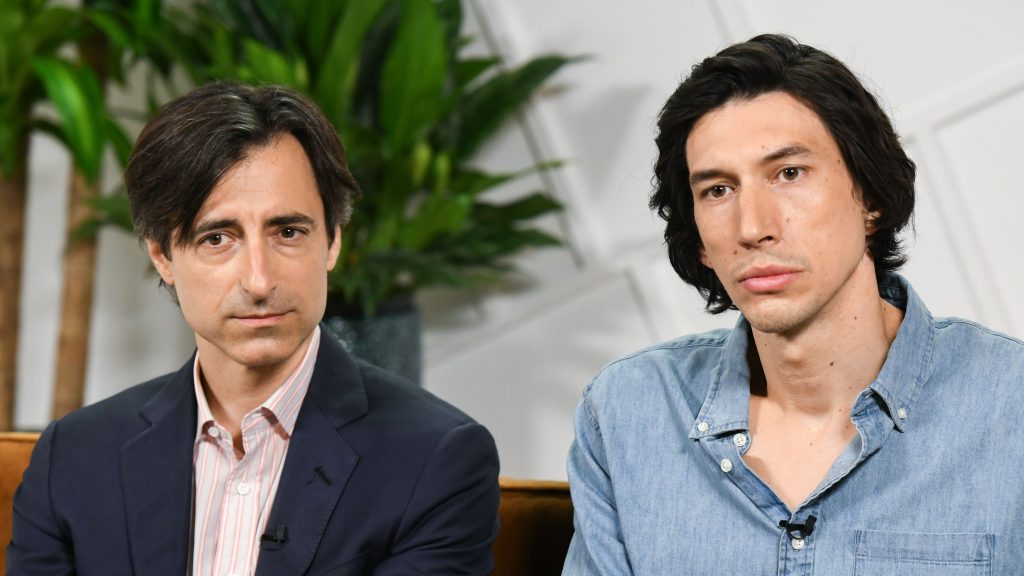 Follows a year in the life of Jack Gladney, a professor who has made his name by pioneering the field of Hitler studies.

Related to Most Anticipated Movies of 2022: Every Noah Baumbach Film Ranked

A young couple arrives at their vacation home only to find it’s being robbed.

A group of women in an isolated Mennonite religious colony in Bolivia as they struggle to reconcile their faith with a string of sexual assaults committed by the colony’s men.

The House (2022) Netflix Review: A Straightforward Stop-Motion Stunner with An Imaginative Horror Story