The Night House (2021) is, in the exact sense, a strange and sometimes unique mix of more straightforward haunted house elements with intelligent subversions of the same. The film follows the life of Beth (played superbly by Rebecca Hall in another underrated performance) after she is left all alone in a lakeside home built by her now-deceased husband. After losing him to an unexpected death, Beth is trying her best to keep it together. However, when disturbing visions and nightmares begin to haunt her in the house he built for her, she goes digging into the past to find answers that she isn’t ready to hear just yet.

The Night House is basically a metaphorical representation of grief and how death is such an alluring presence when its shadow constantly hangs around you. But what if you do not know how to tackle this demon and all you can do is succumb to it or just face it? The Night House is an interesting haunted house flick and if you are looking for stories that carry the same vibe, here are some movies that you might like: 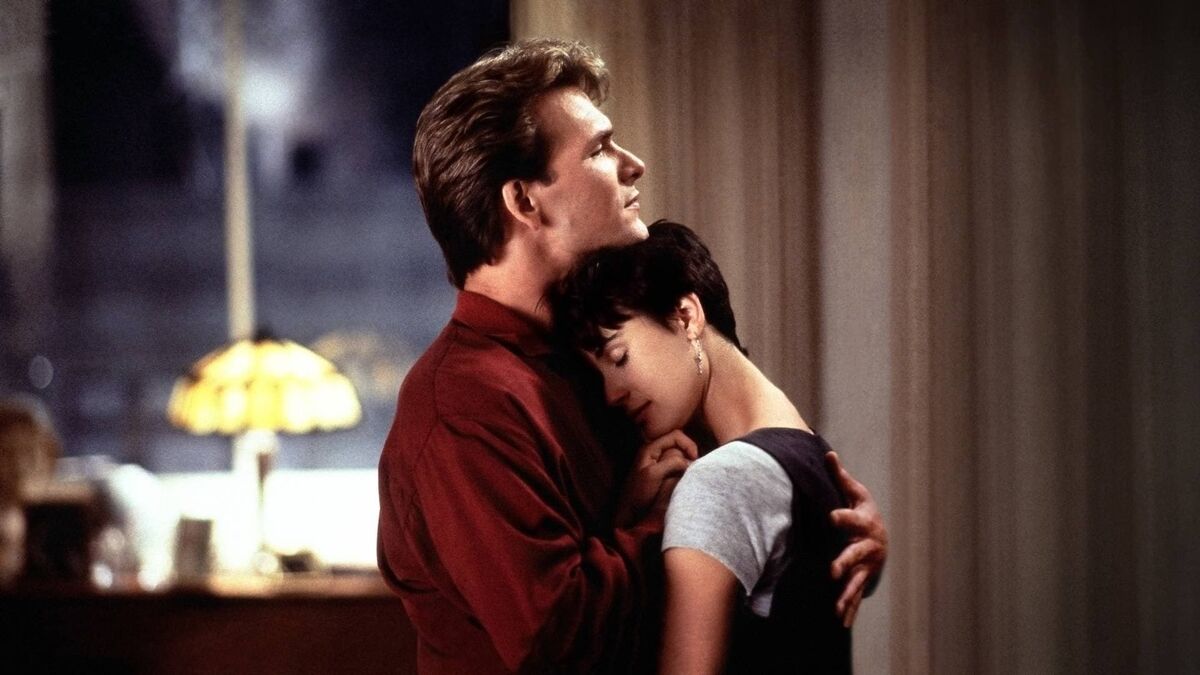 While miles away from the psychological impact and scariness of The Night House, the 1990 movie Ghost still serves as a strange double bill with The Night House. The reason is Molly (Demi Moore) a recently widowed woman, coping with the death of her husband, while her husband’s spirit hangs around her hoping to get justice for his death.

The loss and death that is an important aspects of both Ghost and The Night House make me want to include it in this list. The other reason is the unfinished business that spirits are there to complete in both the movie, albeit with widely unfamiliar narrative turns.

The Sixth Sense is probably not a direct recommendation here, but it is also a film that is grounded in reality to an extent that you believe all the supernatural happenings are not true, until things take a turn and you are left completely baffled.

As far as movies like The Night House are concerned, The Sixth Sense is about a young boy who is fearful of the ghosts that have been visiting him while also taking consultancy from a child psychologist who is supposed to help him. The common threads are few and far in between, but people who see it will definitely notice.

Watch The Sixth Sense on Hotstar 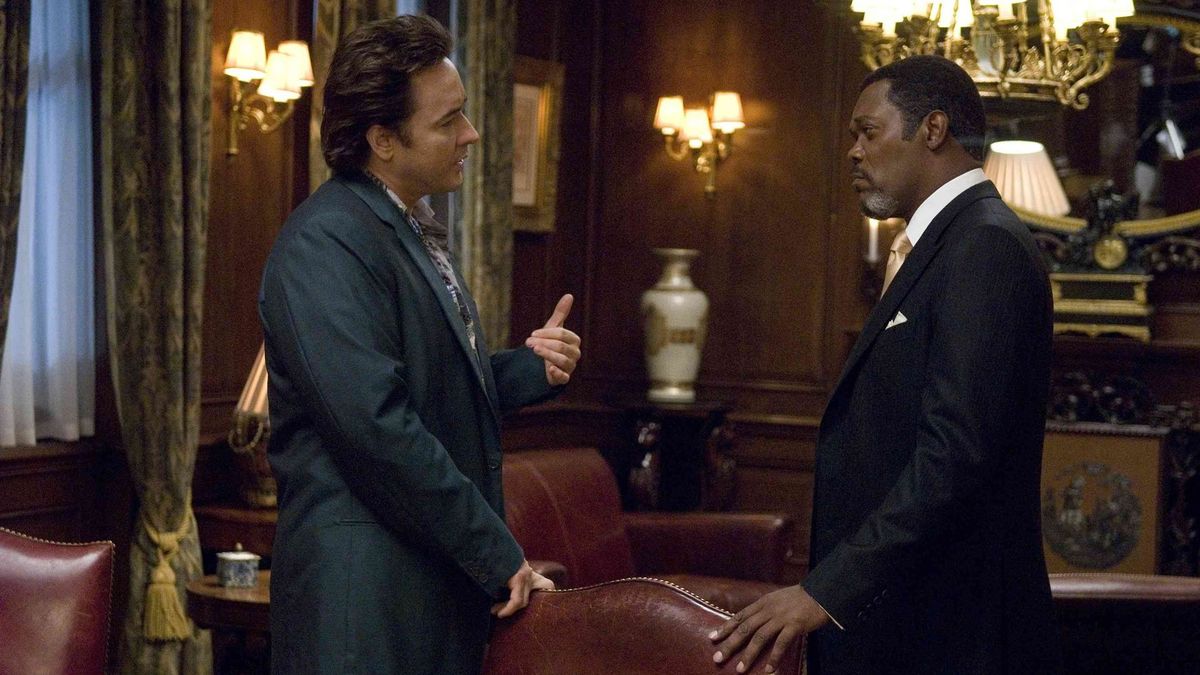 Based on Stephen King’s short story of the same name, Mikael Håfström’s “1408” is a psychological chiller from a time when horror movies were nearing their death with subsequent jump-scare cliches. Following Mike Enslin, an author who investigates allegedly haunted houses, the movie is based on the urban legend of a room in The Dolphin hotel.

Estranged from his wife and supposedly too dismissive about ghosts, supernatural sightings and haunted places in general, both 1408 and The Night House are movies that have similar themes of their protagonists slowly succumbing to the powers of the unknown forces that push them towards submission. 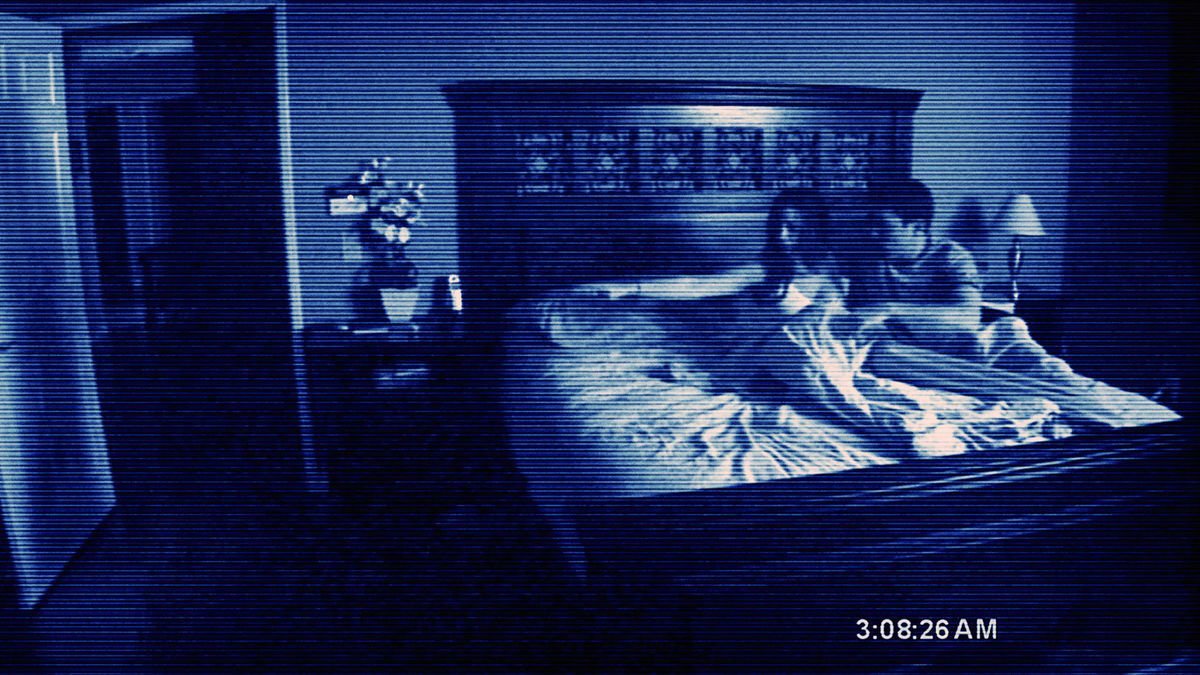 As far as haunted house scenarios are concerned, nothing is more intelligent than the first Paranormal Activity movie. Mixing the found-footage genre with a house under surveillance and actual, life-like sightings of paranormal entities is extremely scary stuff, even for the not-so-faint-hearted.

However, what makes Paranormal Activity similar to The Night House is how Katie and Micah, who move into a new house, are still haunted by a ‘demon’ that Katie associated with her past. The ghost-like entity, pretty much like the nightmares of The Night House, is feeding on the negative energy that Beth exhibits once she starts digging into the past. 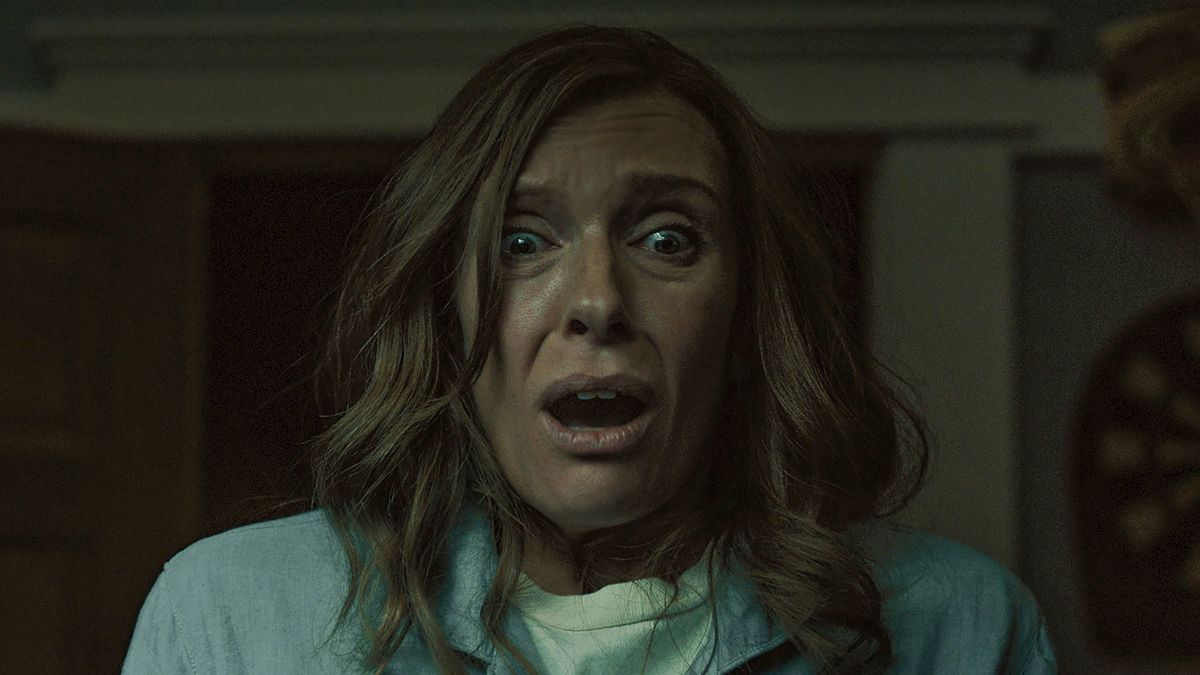 The closest a film can come to The Night House is Ari Aster’s Hereditary. Though more terrifying and scary in every single aspect, Hereditary is a story of a family of four haunted by a mysterious presence while living in the family home. The happenings in the movie take place after the children’s secretive grandmother dies and the family is left grieving and fighting to survive the demons that find them everywhere.

As far as its parallels to The Night House are concerned, Hereditary is all about grief, past traumas, secretive cults, and how a certain wrong-footing would ensure definite death that keeps looming around the home that they can no more call their own. 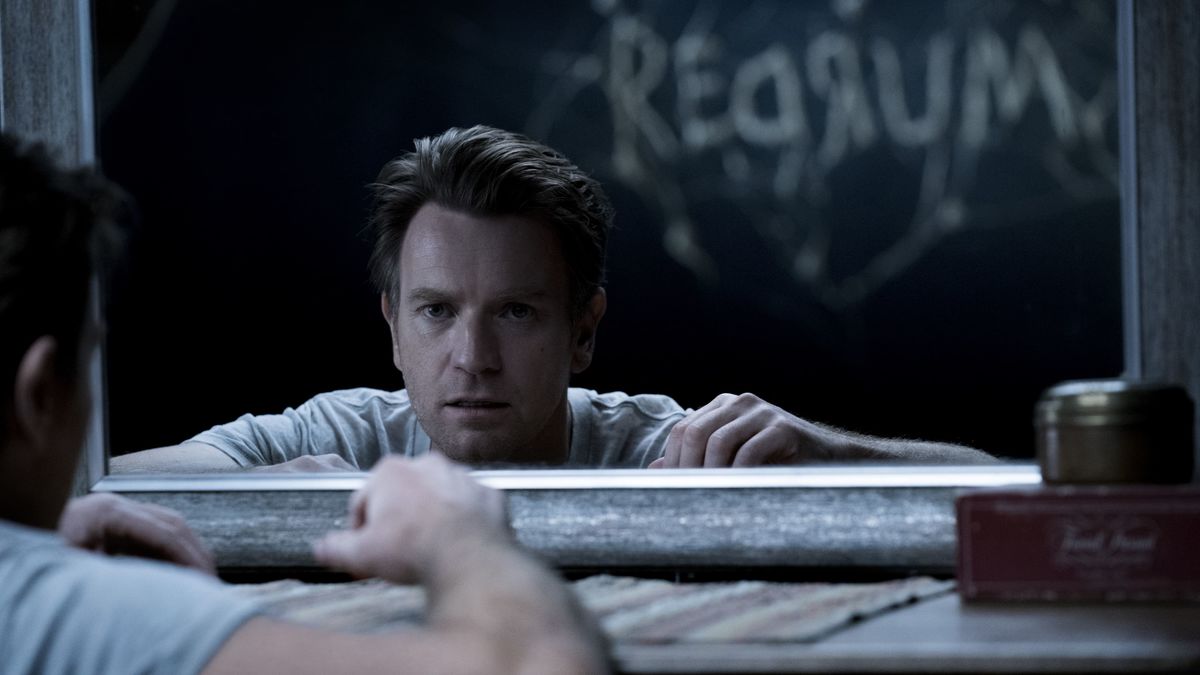 No horror list is complete without having at least a few Stephen King adaptations. Doctor Sleep, which is a direct sequel to the happenings of The Shining, finds Danny (the kid from the original film, now grown up and played by Ewan McGregor) battling the trauma of what transpired that night in the Overlook hotel.

Like The Night House, Doctor Sleep is also a movie that deals with the complexities of how extreme haunted house scenarios could go, and how cults are mixed into that thing seamlessly. Though not entirely a masterpiece like Kubrick’s rendition, Doctor Sleep is a fairly engaging horror sequel that would serve as an interesting double bill with Bruckner’s film.

Related to Movies Like The Night House – Doctor Sleep (2019) Review: A Shining Sequel 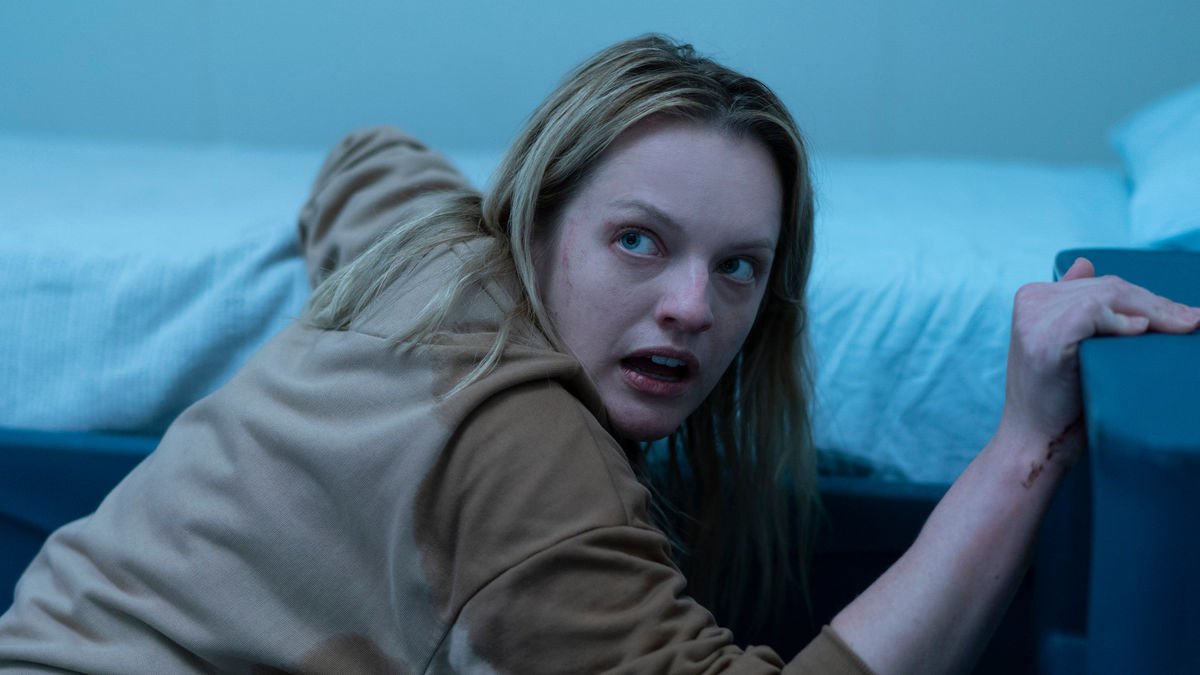 Leigh Whannell’s reworking of H. G. Wells’s classic story was one of the biggest surprises of 2020. No one assumed that this would be any better than it actually is and yet, the director and actor combo of Whannell and Moss hit it out of the park with this clever dig at toxic masculinity and how to fight it back.

Much like The Night House, The Invisible Man is about a woman haunted by her husband and his deeds both in the literal and metaphorical sense. It is an unsettling psychological thriller that analyzes how deeply seated control and trauma actually leaps before it completely engulfs you.

The Night House is now streaming on HBO Max

The Best Casino Movies You Can Watch With Your Friends