How Satyajit Ray’s Nayak Uncovers the Facade Behind Fame

More than just a train expedition and a journalist’s endeavor to pen down the enigmatic life of a superstar, Satyajit Ray’s Nayak was a philosophical rumination about the intricacies of life.

Arindam Mukherjee (played by the striking Uttam Kumar) takes a train to Delhi to receive a prestigious award. At the zenith of his stardom, Arindam leaves the passengers starstruck. Aditi Sengupta (played by the graceful Sharmila Tagore) is a bespectacled, no-nonsense journalist, who edits a women’s magazine. She decides to interview the superstar with the purpose of attracting more readers, even though she detests him.

As Arindam begins to unfold the occurrences of his life, Aditi, as well as the audience, perceive that there is more to the superstar than it meets the eye. As celebrated as he may be, Arindam duels with his inner demons, his insecurities, the ghosts of his past, and the prospect of failure.

Arindam remembers his guru, Shankar-da, who disapproved of him stepping into films. Now that he did, Arindam feels anguished by visualizing a contemptuous Shankar-da. He remembers the very first day of his career, where an imperious, elderly thespian disparages his scrupulous way of acting. Then he also remembers the day, three years later, when the same aging thespian, with a succession of three flops, implores for his aid. Subsequently, Arindam recollects the memory of his best friend with whom he had to part because of conflict of interest. Nonetheless, Arindam remembers them all. 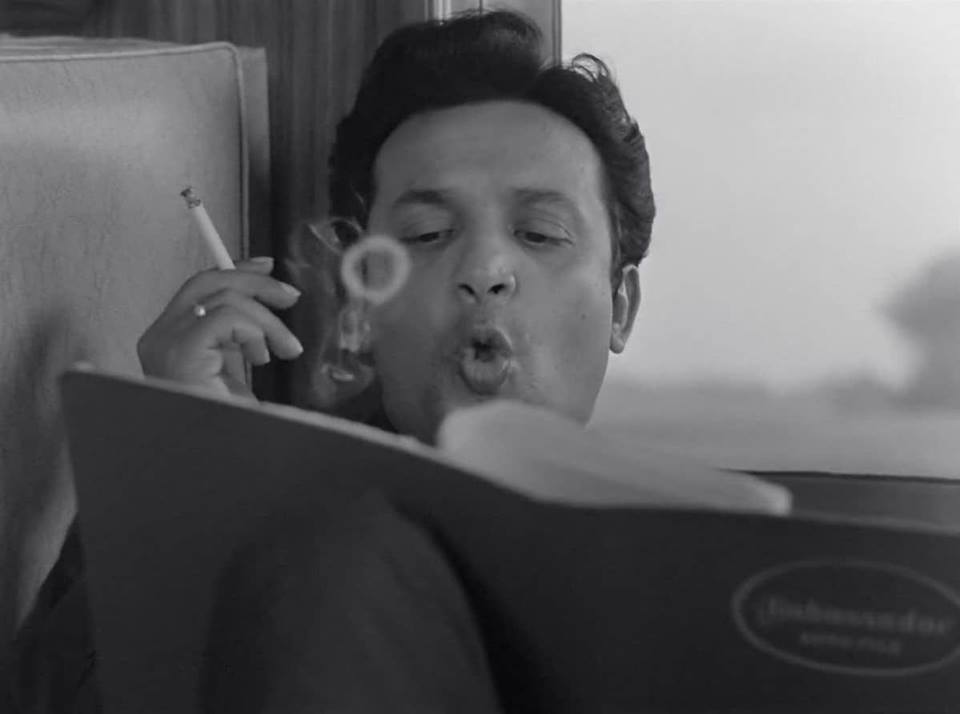 Ray’s cinematic adroitness interpreted the philosophy of any ordinary individual through the sophisticated yet unsettling life of a superstar. Taking the elderly thespian’s condescension and ruination into account, the audience can comprehend how unforeseeable life could be. It could propel an ambitious artist like Arindam into triumph whilst it could descend someone as prosperous as the elderly thespian into destitution.

Through Arindam’s buoyant persona and the commotion that lies beneath, Ray makes the audience associate themselves with the perturbed superstar. In our unfaltering lives, we often wear a facade which masks our grief, our torment, and our desolation. And Arindam, in spite of his notability, was no different.

Before bidding adieu to each other, Aditi shreds the interview notes in homage to the disconcerted superstar’s empathy. When Arindam wondered whether Aditi and he would cross path again, Aditi remarked that she travels in the local bus and walks among the pedestrians on footpaths, both of which are an unlikely affair for Arindam. He asserts that with three consequent flops he might delve into the ordinary life again, indicating once again the transient nature of life.

After disembarking the train, Arindam and Aditi return to their own phases of life.

The superstar, the Nayak hides away his melancholia to put up a positive public facade just as we all do for the show must go on!

Even After 5 Years, Tamasha Still Pushes You To Write Your Own Myth

How Satyajit Ray’s Nayak Uncovers the Facade Behind Fame