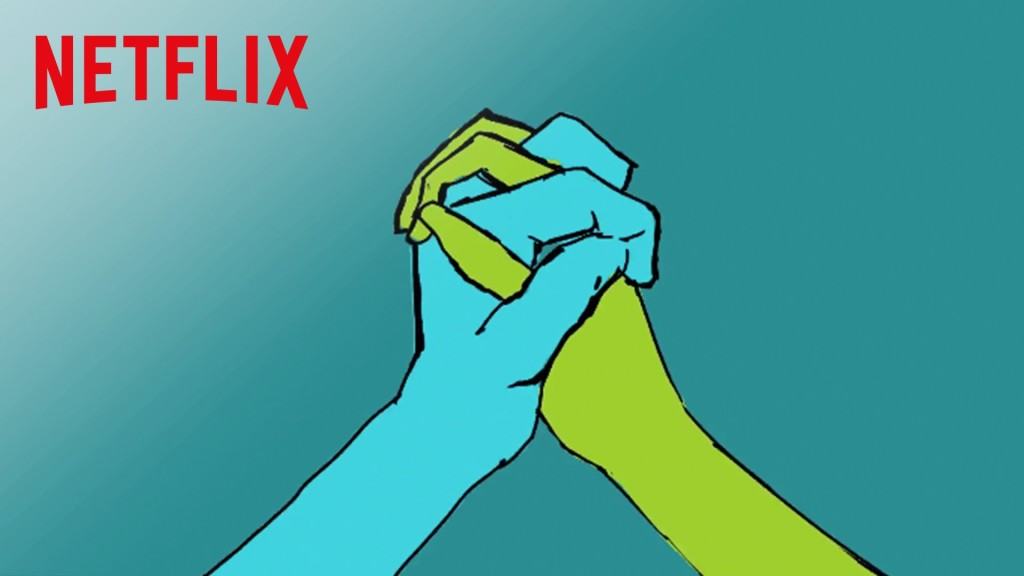 There is so much sex in Easy, including the much talked about Orlando Bloom’s butt and him involving in a three-way. But the sex in this show is no gimmick, rather very real and filmed aesthetically. Between their big ticket popular shows, Netflix has this habit of offering these slice-of-life relatable comedies/dramas. They did that last year with Aziz Ansari’s fantastic (and now pretty famous) Master of None and at the beginning of the year with Jude Apatow’s Love (not as great as Master of None but still pretty good). Joe Swanberg’s Easy fall into that category. But unlike those other shows which revolve around one or two main characters and what’s happening in their lives, this show has lots of character and follow an anthology format to a great extent. There is a separate story in each episode, but then, the characters cross over, an episode is actually the continuation of another episode; and the city of Chicago is almost used as a recurring background character here. And Swanberg (quite a famous name in the Indie movie circuit) who has written and directed all the episodes, handles it all very competently.

So, on a Saturday afternoon when I had plans but couldn’t go out because of falling sick. I binge-watched all the eight episodes of Easy and ended up having a really great time, and eventually decided to write a bit about this show, episode by episode.

The first episode, despite the somewhat misleading title, deals with an important matter. It focuses on how a couple’s relationship and (most importantly) sex life get affected because of the wife being the bread earner and the man being the househusband, i.e, a role reversal against the norms. While the theme is a pretty serious one, the treatment is rather funny and comical here, which makes it a decent watch. Chernus and Reaser’s performances are the highlights of this episode.

A rather simple tale, which tells the story of two young female lovers, who are very different from each other and one of them trying to rebuild herself like the other one. Like the first episode, this one also has the subtle comic tone, thanks mostly to Clemons’s character (who briefly appears in the first episode as well) puking after eating a pepperoni pizza, watching pig slaughtering videos on YouTube in order to become a vegetarian like her girlfriend (Toboni, who later appears in the seventh episode as well). The fact that two very different people can have a great romantic relationship without trying to copy each other is established nicely through this episode.

This episode works as the perfect “here’s why I don’t want to get married and live a normal, stable life with wife and kids” example for a while, before switching to a different place. In a stark contrast to each other, we see Jonigkeit’s character working a boring job which he hates, having a baby coming with a doting wife (Aya Cash, who is brilliant in the role) while his brother (Franco) leaving a happy care-free life where he is doing a job he loves and living together with a bad-ass girlfriend (Zazie Beetz). Things become interesting when persuaded by Franco’s character, Jonigkeit’s character decides to start a illegal brewery together which he hides from his pregnant wife. Unlike the first two episodes, this one is rather layered and has no singular theme, which actually makes it more interesting and superior than the first two.

Following their tradition of infusing diversity into mainstream things, language and culture wise, Netflix put a Spanish Couple (along with a third angle) in Chicago at the center of this episode which happens to be the weakest among all. It’s not that this episode is bad or anything, but the central theme of a woman’s dilemma between a partner who can offer stability in life but and a partner who can’t offer stability but fun to be with feels dated and kind of annoying. Also, the story could well be told with English speaking characters as well, which makes the Spanish setting kind of a pretentious gimmick.

Easy finds its rhythm back with the fantastic, subtly hilarious and very much insightful fifth episode titled “Art and Life”. Maron plays an old Graphic novelist with a questionable romantic history and Ratajkowski plays a young selfie-artist. The episode raises the question of morally righteousness of an artist in using the people and happenings of his/her personal life in the art he/she creates. Right from the start, this episode feels interesting, relevant and funny enough to get hooked to. Great work done by Swanberg.

Easy follows the fantastic fifth episode with the funniest and sexiest episode of the lot. Bloom and Åkerman play a happy, very much in love couple with a baby who decides to spice up their marital life by setting up a Tinder account together. Things take an interesting (and hilarious) turn when their common friend (Micucci) picks up their crazy interest and joins them in the mischievous erotic adventure. Bloom, Åkerman and especially Micucci (who plays a music teacher and sings “Oh My Darling Clementine” during a extremely wild and weird scene) are all quite brilliant here and Swanberg’s smart writing and directing makes this episode a crazy, engaging watch.

After all the fun, excitement (and sex) of episode five and six, Easy takes a somber turn and delivers its best episode. Focusing on Mbatha-Raw’s character who just had a break up with her boyfriend (Jake Johnson, appearing only inside laptop screen) and in the middle of a potential career-changing opportunity, this episode sheds light on loneliness, mood swings, confusion and an ever-so-constant restlessness of young urban people. Jane Adams (who also appears in the fifth episode) and Michael Chernus (who previously appears in the first episode, but his character seems very different here) playing relatively older people compliment Mbatha-Raw’s character very well. The melancholic background score all over the episode and the strikingly haunting ending scene make the whole thing a very intense, thought-provoking viewing experience.

Starring: Hannibal Buress and the cast of Episode 3.

The final episode starts with Hannibal Buress, playing a journalist who is searching for a new story. Quickly, though, you realize this episode is actually a continuation of the third episode when he picks the story of two brothers running an illegal underground brewery. Very interestingly, though, we see Jonigkeit’s character here in a far better, relatively content state of life while Franco’s character is shown as a young man facing the trouble with accepting the changes in life and refusing to grow up. The other two characters, being played by Aya Cash and Zazie Beetz also seems kind of different as well from the time when we last saw them. This is a very interesting episode which works fine as the endgame.

Overall: Easy is a smartly-crafted, insightful, fun watch which can very well be treated as a four hour long anthology Indie feature film. It’s not anything groundbreaking or one of the best TV shows of the year but if you are a fan of relatable, Indie coming-of-age dramas and comedies then this is definitely your thing.