Home»Explainers»Netflix’s ‘365 Days: This Day’ is Fifty Shades Dumber and More Problematic than its Predecessor
Explainers/Netflix/Reviews

Brace yourself, if you thought that Netflix was done with its sexy inclinations, think again. After the mega-hit, almost game-changing erotica in ‘365 Days,’ there is no stopping the Polish version of the 50 Shades trilogy. The new film, a sequel to the 2020 predecessor by Barbara Bialowas and Tomasz Mandes, uninventively titled “365 Days: This Day” is here to rewire your brain and fry those connective tissues that give you boinking pleasure in the nards.

It is not only dumber, more problematic, and downright un-sexy (if there was a term like that), it is also incredibly lazy, bland and so supremely unengaging that you wonder if it will even make sense to the returning audiences bored of their incognito modes to get the pleasure they need.

Anyhow, the sequel directly kicks off with no explanation whatsoever about Anna Maria Sieklucka as Laura’s death. She is happy and well with her incredibly painful-to-the-eyes blonde wig and direct claim that she doesn’t have any panties on. Our gangsta Massimo (Michele Morrone) pounces on that opportunity and engages in some good-ol’ pre-wedding coitus.

The next 20 minutes of “365 Days: This Day” is something I cannot and will not accept as a part of a film. The reasons being, it simply isn’t. To put you into words, the next 20 minutes are all about the couple(and since Olga is a supposedly important part of the narrative) sexing things up as they indulge in vigorous sex in many different locations.

This line in my opinion is also a casual way of Netflix saying that you aren’t even here for the Stockholm syndrome induced Laura falling in love and marrying the rape-y, incredibly misogynistic gangster, but that you are here to try to find porn-like things on the streamer’s most-watched content of the week. 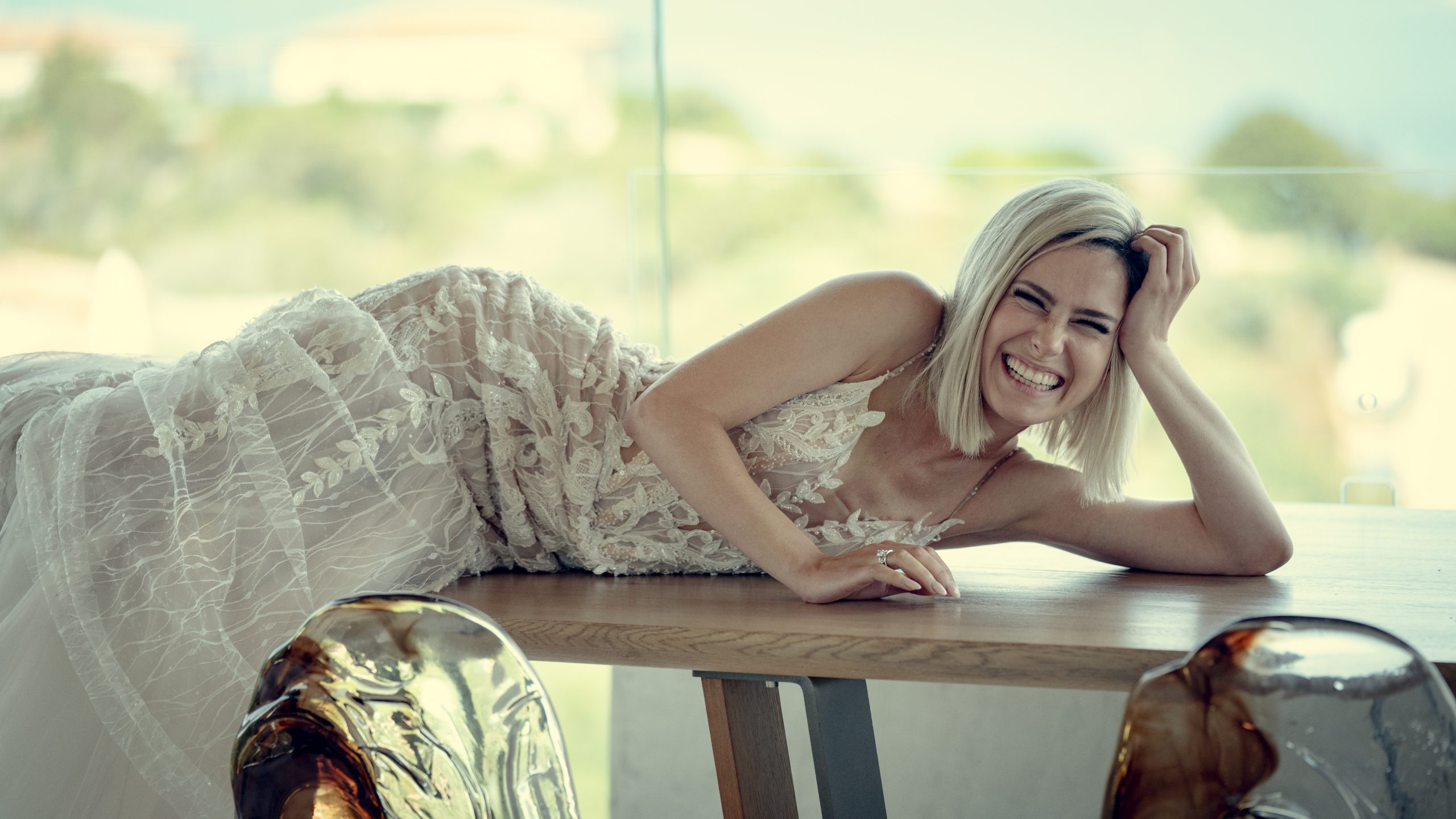 Anyway, not going ahead of myself, but there’s a sequence where Laura dressed up in a sexy golf costume uses the hole-post as a stripping pole before lying down on the grass asking Massimo to hit the ball in the hole (which here is an obvious indication of her puss-puss).

The first conflict: Massimo has to go back to work and Laura isn’t pleased

I think the director soon realized that this is not a music video and that they need to channel their plot-less plot forward. Thus, the first major conflict arises when Massimo decides to go back to work (I am not sure what else does he do, other than brooding in perfect-fit suits and looking creepily at every single person including Laura).

Laura, who had escaped near-death in the first film is asked by Massimo to just enjoy her days by spending money. But no, our Laura is taking no more of Massimo’s machoism (in spite of succumbing to his controlling ways and marrying him in the first place). She wants to be independent and go out. So what does Massimo do? Buy her a clothing line that she could head? (Oh! Rich people’s Love and marriage must be so difficult and easy at the same time, right?).

The Second Conflict: The Dark Secrete

Olga (who is considered to be a character who helps Laura with her many issues) instructs Laura that secretes can be dangerous for her marriage and that she should tell Massimo about her unborn baby that was killed in the accident that punctuated the end of the first film.

I mean, in a more constructive film, a mob boss whose love for his lover is eternal, a secrete like that would not even be a secret. Is the film really asking us to believe that Laura went to the hospital on her own, made sure the doctor lied to Massimo about the baby, and then went on to marry him later?

But, then again, you aren’t here for that, are you?

Remember those porns where a hunky gardener is fixing your lawn before they/you invite them over for a glass of water? Well, 365 Days: This Day makes that fantasy come true too. Introducing, one of the most handsome and richest gardeners in the history of gardeners – Nacho (Simone Susinna).

The dude just casually walks into Massimo’s (read: a mob boss) estate and flirts with his most-prized possession – his wife. He later rescues her too and they have a gala time at one of his beach houses and then on another, more secluded beach houses. 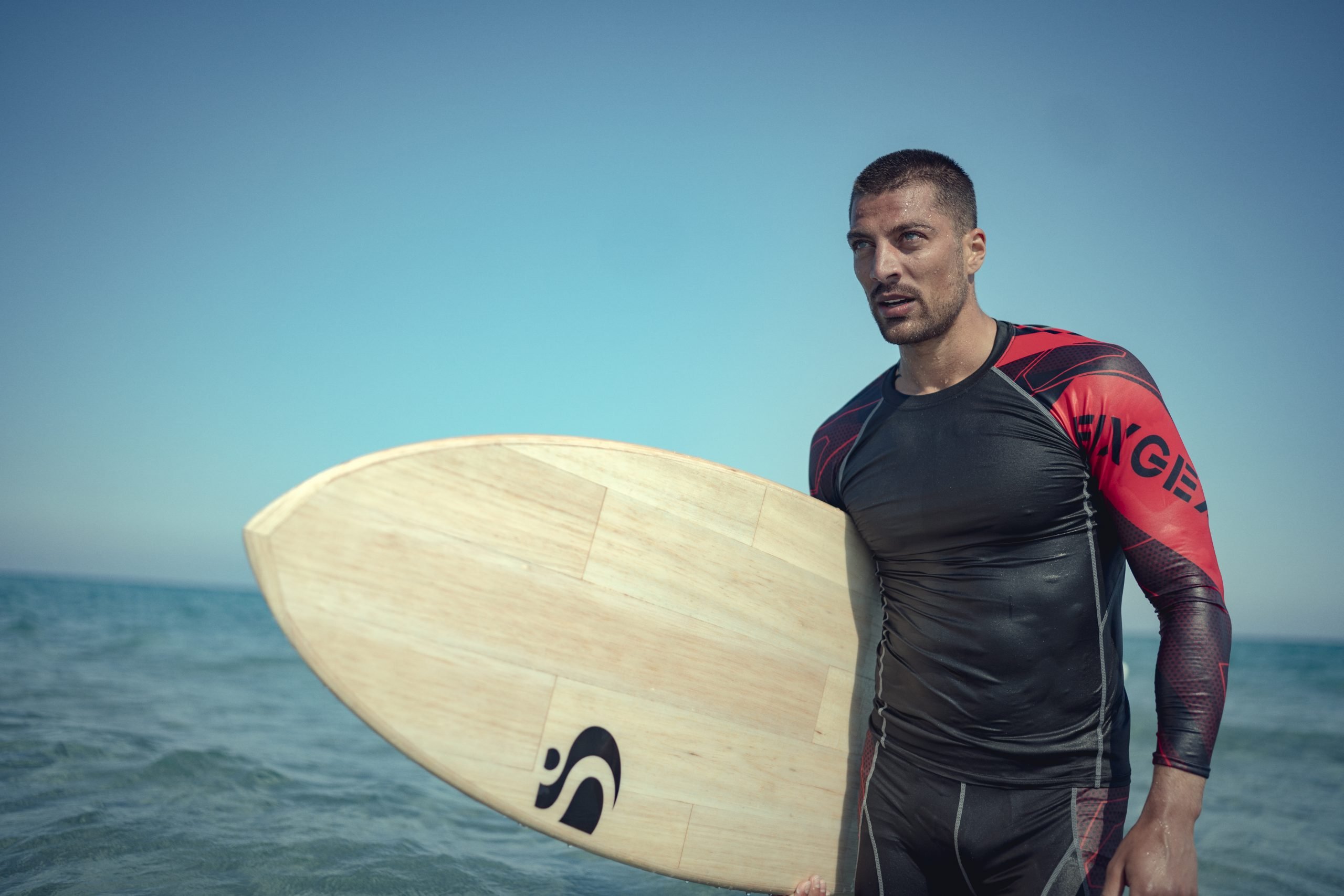 A GARDER WITH TWO BEACH HOUSES! Yes, you heard that right.

The Real Conflict: Brothers in Arms

The most convenient and obvious conflict arises when Laura notices Massimo having sex with his ex-girlfriend. She is fumed and throws her phone away before running away with Nacho on a whim. It is later revealed that the person she saw was Massimo’s twin brother who is out for revenge.

Note that, till this point in the film most of the sex is replaced by daydreaming, where Laura dreams of having sex with Nacho, or them flirting with each other before the plot twist is revealed. The brother, Massimo or their shared history is never revealed, discussed or even brought up for the sake of a better ground for its twist.

The biggest sin: A Revamp of Old Tropes:

The laziest thing that the new 50 Shades of Grey-inspired film does, is to do exactly what it did in the first half. If treating Laura as a mere vessel for sex-inclination wasn’t enough, the writer kills her off yet again. The uninventive side of this is, that the emotional hook that some viewers might have felt in the first film on her sudden departure is also gone.

She, in spite of showing wings of desire in the first leg of the film, is reduced to a sex toy who is either thrown around by sex-freak men, their intentions being somehow normalized again for their love is eternal, or is reduced to a grating, half-realized characterization where she is on the cusp of being real, but never does.

In conclusion, the ending of 365 Days: This Day is obviously non-conclusive, since we are back where we started, and while 50 Shades tried going a little darker with its mind-games, this Polish version gets dumber and more problematic.