Offbeat Cops (2022) Review: Modern-day Japan features all the modern-day amenities, a young workforce, and compliance norms that see official procedures required to get a thing done. It is in such a setting that Naruse (Hiroshi Abe) exists, or rather tries to exist. Bored at work with frustrations at lackadaisical colleagues and meetings taking precedence over what he defines as actual work, he has a sharp tongue, reads the newspaper during briefings, and orders his colleagues to earn their pay. Basically, he sticks out like a sore thumb among the relaxed, modern, and conformed individuals. Furthermore, he is not averse to bending certain rules to their breaking point. All he knows is to be a detective and is oblivious, or rather, ignores societal norms. However, there comes a time when one must accept things and embrace the new. For it is in the new that they can take their skills, find acceptance and learn something about themselves and break out of their frustrated shells.

Naruse’s frustrations spill over into his home life too, with a schizophrenic mother and a daughter who absolutely hates him. This old school cop, with three decades of service, receives a ‘promotion’ veiled as a disciplinary transfer. The events after this, surrounding Naruse, his team, and the ability to see the dreams of others as significant, drive Offbeat Cops.

Banished from the only work he knew, Naruse tries to start afresh with the police band but feels frustrated. Violent fits of rage, a desire to be involved with the investigation of a spate of robberies drives him and he gets tossed flat on his back. Writer Uchida used this as a theme to show the audience that moving forward is the only way to go.

Eiji Uchida’s Offbeat Cops can be seen as a presentation of the generation gap in the workplace and how evolution and adaptation is paramount to thrive. It can also be seen as a representation of law enforcement in a non-traditional sense. How many films could you name if you were asked to list out movies about police bands? Certain audiences may even peruse this film and agree that it is a family drama about a cop or vice versa. 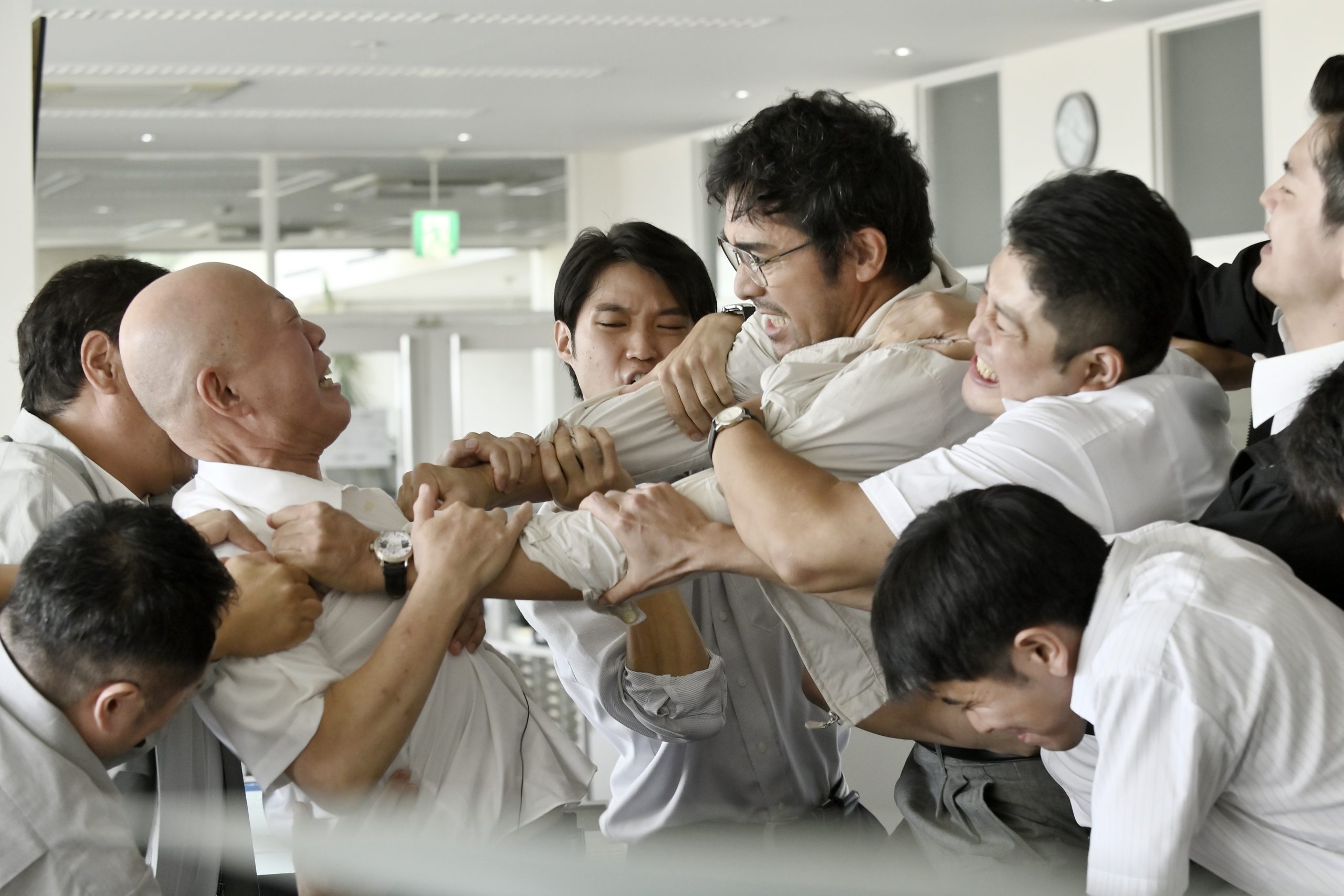 I loved the multiple interpretations that the title of this film offered me. Offbeat Cops could refer to the musical band, who were completely offbeat with the new addition. It could also refer to the protagonist, an old-school beat cop, who is ‘promoted’ to the music band and effectively sidelined from detective work. The title could even be a play on the entire group, who engage in band practice while off their police beats. From one beat to the beats of the drum, the director crafts a tale of acceptance, realization, focus, and teamwork.

As the central figure, Hiroshi Abe’s uptight cop dominates proceedings. He successfully portrays the character who has good intentions, but not a very appealing way to attain said intentions. His concern gives way to frustration bordering on exasperation with great fluidity. Abe’s Naruse isn’t robotic as one can witness his genuine dismay when he doesn’t remember what his daughter told him, or his abashed self, as he just stands whilst his daughter admonishes him on a street. I like the fact that he did not try to get rid of a souvenir of the incident, perhaps to keep it as a reminder to himself to give time to his family.

Nana Seino is the de facto leader of the band and sets Naruse on a course for change. As a young mother, who has a similar household to Naruse, she shows him that motivations can deviate; there being over one reason to identify with a group. Her mannerisms and calm looking at things from the other side melt help the beleaguered cop whose stoic exterior is cracking. This, and him stepping into the shoes of someone else, assists the transition.

Besides the seriousness, there are elements designed to draw laughter. The scene of Naruse’s first band performance and the band’s teamwork in the third act comes to mind.

What I like about this beautiful and unconventional film is how all the layers tie in together. Family and professional life (past and present) convene with professional family being examined as well. Every single element works to enhance the central focus. As each of these intertwined threads advance and converge, one gets the understanding of this being a complete and wholesome film. Should one of these even be taken away, the film could have survived as a robbery drama, a pure cop musical drama, or even the coming of age of a policeman.

Repetitive? The police band thing makes Offbeat Cops a fun watch, where the climax will leave you tapping your feet to the synchronized beats.

Also, Read – Shin Ultraman [2022]: ‘NYAFF’ Review – More like an episodic love letter to Ultraman by fans than a cohesive movie

Where to watch Offbeat Cops