Sergio Leone cemented his legendary contribution to the history of cinema with only a handful of grandiose, larger-than-life, and screen-poppingly gorgeous epics that left a huge influence on how stunning a film could be shot, how beautifully music could be incorporated, and how masterfully a story could unfold – his last, and longest, film is what I believe his crowning achievement.

Debuting with a socks-and-sandals film, then directing five Spaghetti westerns (all of which are regarded as highlights in the genre), Leone then moved his directorial expertise to a different kind of film – a period gangster drama that spans several decades. It was a lofty project, but given the success of The Godfather films, this setting, scope, and genre wasn’t unusual for the early ‘80s.

Leone recruited Godfather alumni Robert De Niro for the main role as David ‘Noodles’ Aaronson. De Niro retreated back to his sly, calm, and mannered mode of performance that served him so well in The Godfather films, having displayed a more pronounced and identifiable side of his acting range in Raging Bull and The King of Comedy in the early ‘80s. He played his role with a cool and precise assurance, which seemed to make all the sudden bursts of violence all the more surprising.

But he obviously didn’t play the young Noodles, where we see a time in his childhood with his fellow aspiring gangster hoodlums, who will grow up to be professional gangsters with him. This childhood portion takes up a reasonable amount of time of this lengthy film, almost to the point that it could be a film on its own, but I’ve always enjoyed this section over the rest of the film that focuses on the adults. These characters seem to have more life to them when they are children, running amok throughout ‘20s New York and accumulating an understanding of how crime and justice work in this city. 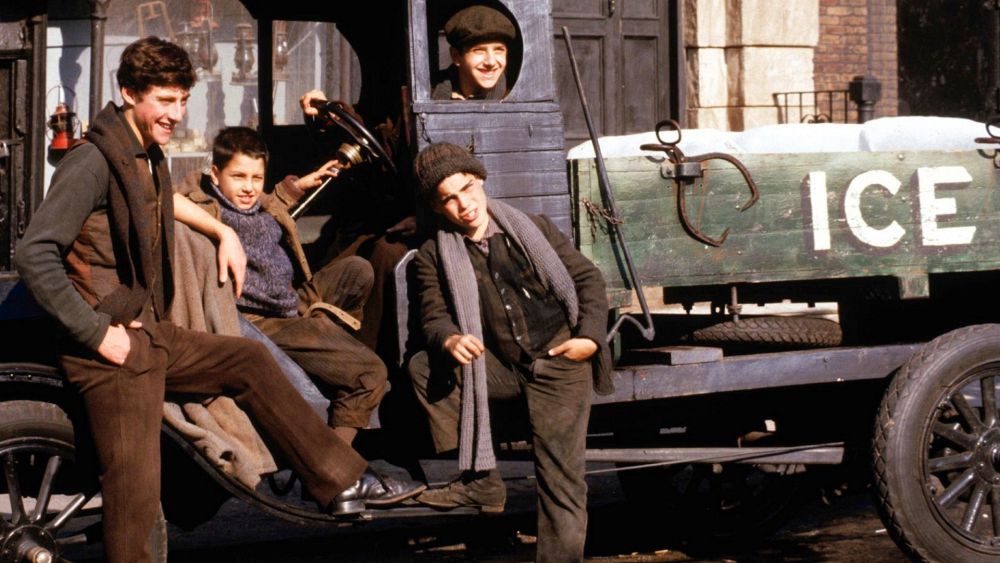 There at least seems to be more happening externally with these characters than later in the film when they’re adults, where they seem a bit more stiff and subdued. It is in these childhood moments that offer some of the film’s more arresting moments, even if they are focused on nothing more than a young child resisting to eat a dessert. A great portion of this cinematic prowess is due to Ennio Morricone’s sublime score, one that shifted away from the masculine and hard-skinned twangs of his work for Leone’s classic Spaghetti Westerns, one that evoked a more worldly and majestical mood.

Another example of why the film is so memorable are the transitions between timelines (the ‘20s, ‘30s, and ‘60s), which certainly appear as if they had a lot of Leone’s careful hands constructing them in the most perfect manner. The slow build-up to each transition, with the camera honing in on the characters’ faces and the music that swells up, instil a powerful sense of magic to how this film plays with time and memory. It’s Leone proving how cinema can display the passages of time better than any other artform.

I had the pleasure recently of seeing this film in its entirety at the cinemas, where I was planted on the cinema seat for the good part of four hours, absorbed and soaked up by this absolute craft of a film whose scope really puts the majority of other films to shame. Not only was I watching the original European cut, but it also contained a few deleted scenes scattered seamlessly throughout, though oddly enough displayed a huge drop in quality of both picture and sound, given how these materials obviously weren’t sourced from any reliable master. 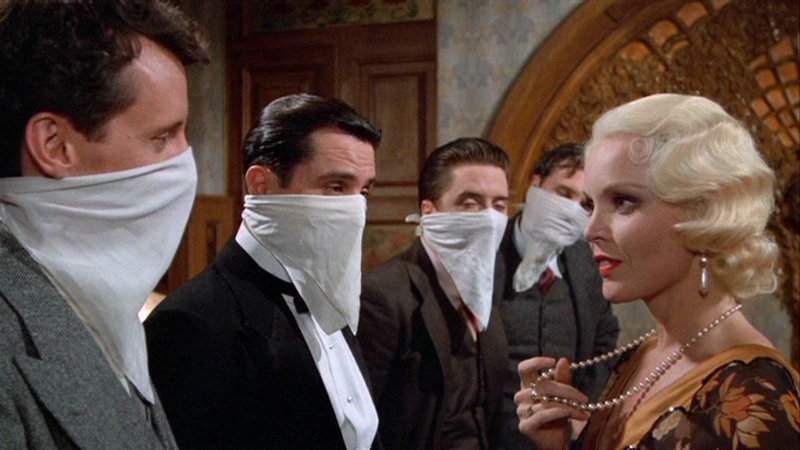 Some of the deleted scenes seemed to just drag the storyline out even further, such as an extended sequence of elderly Noodles at the mausoleum of his friends, or towards the end of the film when Max (James Woods) explains even more of his ultimatum. Some other deleted scenes seem to work in favour of the film and have you wondering why Leone cut them out, such as a rather dramatic explosion from a car that had been following Noodles, or the adult gangster friends swimming about in the water after Noodles drive their car off a jetty (which transitions through time better in the cut), or a scene of an older Deborah (Elizabeth McGovern) giving a dramatic performance on stage – not that a scene like this moves the story a whole lot forward at all, but it’s nonetheless a riveting story-within-a-story sequence whose theatrical boldness matches that of the rest of the film.

A Fistful of Dollars (1964) Review : The Arrival of Spaghetti Western

Joker (2019): Phoenix Soars in a Menacing Origin Story of the Iconic Villain