When Panchayat Season 1 hit our small screens, it was a breath of fresh air amidst the dense atmosphere formed by shows about gangs, mafias, and violence. It simply reused the classic “fish out of water” story to tell Abhishek Tripathi’s (Jitendra Kumar) adventures in Phulera as he navigated the village’s politics and his relationship with Brij Bhushan (Raghuvir Yadav), Manju Devi (Chandan Roy), Prahlad (Faisal Malik) and Vikas (Chandan Roy). The storytelling was also straightforward as it focused on one issue per episode, with an overarching plot weaved throughout the show, and found engaging ways to solve them. It earned critical acclaim and love from the audience; thereby creating a lot of hype for Season 2. And now that Panchayat Season 2 is here and has been watched, it seems that it would’ve been better if things ended on the iconic water tank.

Directed by Deepak Kumar Mishra and written by Chandan Kumar, Panchayat Season 2 begins a few months after the events of Season 1; thereby indicating that Abhishek has been there for some time now. His equation with the village folk is far smoother than it was before and he is a far more balanced human being as he is doing his job and preparing for his future as an MBA graduate.

In the Dubey household, Rinki’s (Sanvikaa) wedding becomes a matter of major concern for the Pradhan Pati and Pradhan as the prospective groom isn’t any good but they want Rinki to get married as she’s getting older. A new antagonist emerges in the form of Bhushan (Durgesh Kumar), who you might remember from the “bawaseer” episode, and his wife Kranti (Sunita Rajwar). They keep opposing a lot of the Pradhan and Pradhan Pati’s methods of governance in Phulera and even start accusing Abhishek for his proximity with the Dubey family.

Panchayat Season 2 derails in the first episode itself, as it features a full-on item number followed by a transvestite joke, and never fully recovers. The problem isn’t that that one-two punch comes out of nowhere. That’s pretty much the theme of Panchayat as things literally come out of nowhere and escalate to the point that it becomes funny and is resolved in a humane and educational way. The problem is that the central issue regarding Parmeshwar’s (Shrikant Verma) bricks doesn’t exactly reach its peak before getting its resolution.

The item number (that’s shot like an exploitative item number, complete with pulsating zoom-ins) leads to a completely different message about pretense and whatnot. Among all this, the transvestite joke is just there for the sake of being a transvestite joke. So, is the gay joke which appears later on. And so is the commentary on army and nationalism, which is there to create inorganic melodrama. 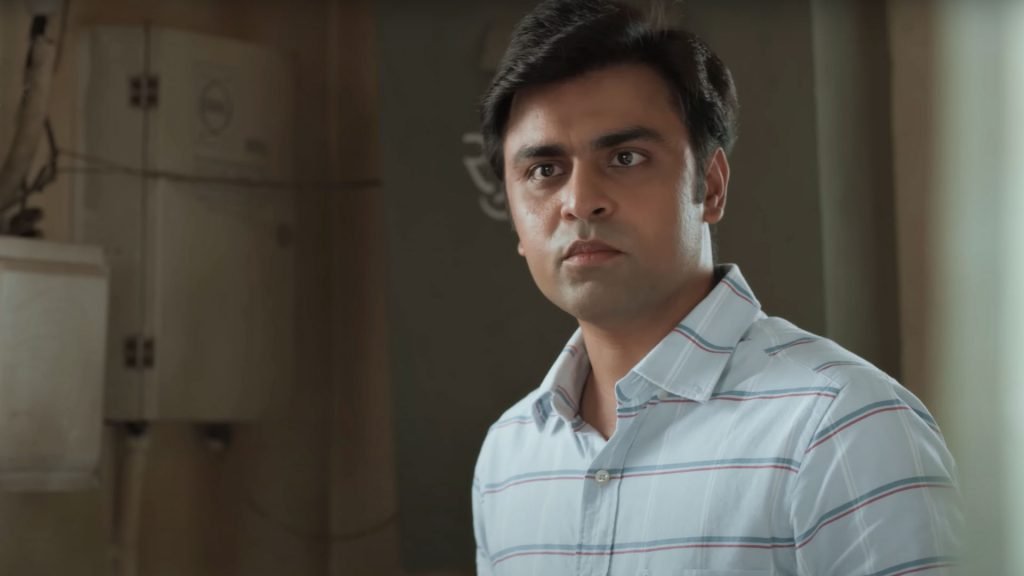 To put it simply, not a single aspect in terms of the writing and direction of Panchayat Season 2 tries to earn the emotional reaction it wants like it did in Season 1. There’s a weird level of irreverence to it all as the show frivolously changes gears at the wrong time to go in the wrong direction, weakly hoping that audiences will go along with them because they liked Season 1.

Priyadarshini Majumdar’s costume design, the production design by Navin Lohara and Sayali Naikwadi Singh, the music by Anurag Saikia, the sound design by Sudeepta, Ateesh, Ankita, Shantanu, the cinematography by Amitabha Singh, and the editing by Amit Kulkarni is good. Just like the first Season 1, their collaborative work provides an immersive experience, so much so that you can feel yourself walking through the streets of Phulera and sitting with its characters.

The attention to detail regarding the vehicles, the houses, the offices, the clothes, the ambient sound, and the drone shots is impeccable and worthy of applause. The only thing that will probably take you out of the experience is the name of producer Arunabh Kumar in the opening credits. In case you aren’t aware, Kumar was accused of sexual harassment by around 50 women in 2017. He even stepped down as the CEO of TVF. But it seems like he’s back; thereby giving some of the story-based choices for the female characters a sour after-taste.

There’s clearly something wrong here in Panchayat Season 2 and it reflects in the acting as well. Usually, in a bad product, the acting department is excused because they depend on so many elements to look presentable. It is easy to blame them because they are the face of the show. But more often than not, the actors’ hands are tied and the only thing they can do is stick to their understanding of the character they are playing and soldier on. That’s defined as sleep-walking through the show/movie. So, technically speaking, that’s exactly what it feels like the main cast is doing.

Everyone from Jitendra Kumar to Neena Gupta (yes, even Neena Gupta) seem unfocused and all over the place. They don’t get any stand-out moments. So, nothing about their journeys in Season 2 makes a mark. The few actors who do make a mark are Durgesh Kumar, Ashok Pathak (as Vinod), and Abhishake Jha (as Balram Yadav). Satish Ray’s Siddharth sticks out of the lot like a sore thumb though.

To bring things to a close, the finale of Panchayat Season 2 is easily one of the worst episodes in Indian television. It has two unknown “characters” preaching the message of that episode because the set-up for everything in it is so predictable as well as contradictory to the central plot of the show. So, you can only guess how bad it is. But maybe there is an audience for that as well. If you are a fan of unearned moments of melodrama and exposition, coupled with bad storytelling that veers into problematic territories with its handling of surveillance, authority, police violence, and casteism, then Panchayat Season 2 is for you.

If you greatly appreciated Panchayat Season 1, then just don’t watch Season 2. Go wild with your imagination about Abhishek, Rinki, Pradhan, Pradhan Pati, Vikas, and Prahlad, and even that’s going to be much better than what the show-runners offer.