Barry Season 3 Episode 4 Recap & Review: There are few who can argue that this season of ‘Barry’ has been a bit more existential than the previous two. Berg and Hader have not used the virility of theater to get there. Instead, the tone has been relatively more somber and bleak. The pictures complement the change. They have lost the warmth and instant vibrancy one felt when one saw them. Episode four changes the story a bit. Suddenly, the characters became fiercely funnier; the dialogue was sharper, and thank God for the physical comedy. A complete turnaround has brought the ardent fans of the traditional style closer to this season.

The new episode, though, is not kind to our titular character. He has further sunk into the vastness of his ocean of sins. As things stand, it would be nearly impossible for him to return from its depth unscathed. It is ironic how the lives of those around him seem to be looking up when he is not a part of them. Trouble follows him like his shadow but maybe, that is his fate. Anyway, makes for great television and we’re all here to enjoy ourselves.

EPISODE 4 – all the sauces

Barry’s very first victim in the series (from Season One) in the hotel was actually on with his before being shot. His widow is shown to have grown old with their son. They’re paid a visit by Fuches. Yes, he is back. Vengeance, he chose. His plan now is to reach out to the victims of Barry’s ruthless killing and give them his home address. He hopes to manipulate their emotions to get them “justice”. Next in line is Ryan Madison (the actor from his class). Gene is freaking out because of what he did to Barry. While he is busy packing bags at his son Leo’s house, Gene’s agent Tod pays him a visit. And suddenly, things seem to be falling in place for Gene.

After so much suffering since the last season, he now has a callback from the producers of Laws of Humanity who loved his improvisation. His role has now expanded to include multiple lines. Joe Mantegna, a seemingly old rival, now lauds Gene for reinventing the life of a veteran tortured by the nightmares of war. His story is now published in Variety, prompting his agent to say Gene has finally come of age in the industry. This will revive his dead acting career. Above all, he must derive the greatest pleasure and relief from the fact that Barry will no longer be a part of his life and, that as an apology, he has given him a significant chunk of money (that he got for a job in the same episode). 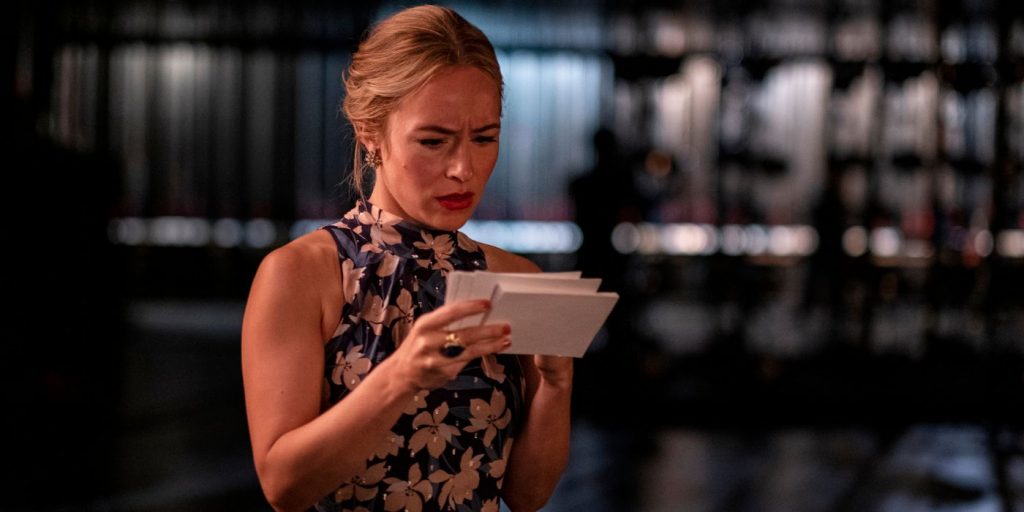 Since his promise to Hank in the previous episode to carry out the bombing of the Bolivians’ house, Barry goes ahead with the task. In a hilarious sequence, he trudges along as the only person within hundred yards of the box in an empty parking lot. With it, Barry also has to download – and make an account to sign up – the “Detonate” app to blow up the bomb. He reaches the house and places the bomb under it. But he encounters a problem: the app won’t work. He calls the Detonate helpline for customer services.

Sally’s big day has come. Her show, Joplin is all set to premiere and hit the screens. The production has arranged a starry-night premiere where she will interact with the media and give a speech about the show. The reviews come in before she takes the stage – and they are a bombin’. With this relief, Sally messes up her prepared speech on stage. In fact, the resulting exultation is mostly inarticulate but wins hearts for its sincerity. She revels in her underdog victory until Katie, her co-star, finally lets her thoughts about Barry known to her.

On the phone call, the customer service exec guides Barry to switch off the Wi-Fi. He has already placed the bomb under the Bolviians’ house but there is a catch. Hank wanted Barry to detonate the house around 5 pm when Cristobal would’ve been at his pilates class. But on account of the problems he runs into, Barry delays it when Cristobal is confronted by Fernando about his relationship with Hank. Closing the Wi-Fi works and the house is blown to pieces. Barry picks up a delirious Crisotabl and takes him to Hank. When he reaches the premiere, Sally dumps him, acting on Katie’s advice. The widow and son are seen purchasing a Glock gun – seemingly to avenge their loved one’s death.

Ticklishly funny and unabashedly brazen about its violence – that is how I would describe this episode of Barry. It is indubitably the best of the lot this season. It is a complete package and has everything you need to spend half an hour in the utmost enjoyable state. The episode has set up things deliciously for the second half, where seeing Barry negate the threats of his past will be fascinating. There is at least some pause to his existential meditations for now. But this is what made the previous seasons so great: Barry having to neutralize the messy offshoots of his cold-blooded murders. I am not implying that the tonal change in this season is unwelcome. But having seen how quickly and variably the creators can pivot to this style, some resentment remains. If you’re a fan of the series, this episode will set the bells ringing again in your hearts. ‘Barry’, ladies and gents, is back.