Obfuscation is an understatement when it comes to Lithuanian filmmaker and academic, Mantas Kvedaravičius’ feature film Partenonas (Parthenon). Following the postmodern dictum of storytelling, much of the movie is narrated through a series of events as if collaged together. The movie provides us with a variety of characters but not much about them is revealed or understandable. For most of the movie (and for a certain crowd the whole of it), it is difficult to join the dots. The fragmented dialogues or rather the absence of it in a lot of cases further obscures the viewer’s intelligibility of the movie.

While a lot of this might appear to be a criticism, for the most part, it is not. Kvedaravičius’ academic background and his deep research in making the movie sets the bar on the audience this movie is to draw. While the story is of a man’s exploration of his memory, it is in every sense a constructed memory, like all our memories, narrated through broken, unreliable recollections. Much like most postmodern narrations, we get a variety of possibilities rather than a didactic closed narrative, open to our interpretation, making us an active participant in the story.

The movie explores most of our postmodern questions of love, luck, faith and of riches. Through the Chinese box narrative structure of the movie and the close placement of the camera apparatus to the subjects, we appear as voyeurs as the film progresses, peering into the lives of prostitutes working in a cheap brothel. We hear about their thoughts on love and longing, their desire to escape, their relentless service as unofficial confidantes of broken men, and their collection of stories. Through another narrative, we follow Garip, the gangster, whose ruthlessness stems from his roots going back to his childhood, and in yet another fragment we follow Sofia and her probing into maddening fanaticism in search of faith. 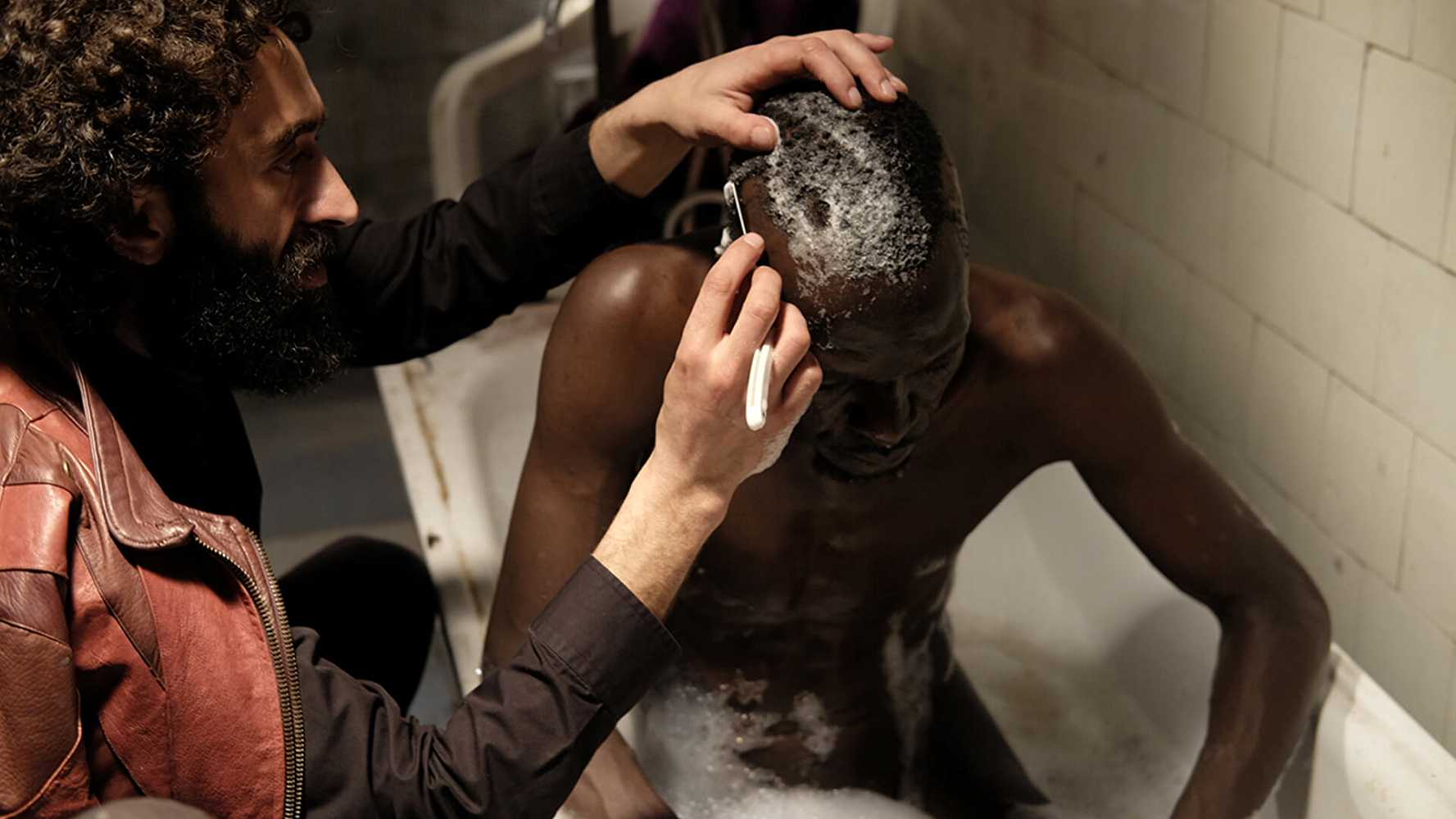 However, these narratives do not follow any linearity. They are rather further obscured by the blurring of lines between each narrative, overlapping and sometimes even subtly connecting. The setting of the movie significantly aids in providing the claustrophobic nature of human memory intrinsically intertwined and extremely difficult to unwind when recalled. The neon colors of the brothel with the bright reds and blues, the dull sepia of certain shots, the dingy darkness of indoor scenes all lead to suffocation in the head making it difficult to trace a beginning, middle, and end.

Though the unfamiliarity of the casting helps Kvedaravičius in conjuring a trance, what he fails is in trapping the audience. Everything can easily be passed off as both real as well as a fragmented dream. Every time the audience might think they can sense a story the very next clip offers another fragment that does not line up. While to an avid believer in postmodern narratives this movie might make an appeal, to the normal theatergoer the movie might appear as an amalgamation of familiar faces and faintly heard storylines after a point. Even for the ardent follower of the postmodern rule book whose favorite book is Calvino’s If on a Winter’s Night a Traveller, the significant lack of explanations through dialogues and the absence of meaningful silences start to appear more like a forceful filling of a void.

One of the only ways to understand this movie is to keep Kvedaravičius’ Ph.D. and his academic background in mind and to remember this film as a result of his ethnographic research that lasted three years. For those open to experimentation in cinema, Partenonas (Parthenon) is a commendable effort on Kvedaravičius’ part. Memory and memory construction, especially in a setting like the one portrayed in Parthenon, can never fully be simplified or watered down. What he could have done however, is provided some context but that, I think,  is again slightly ridiculous an expectation on the part of the postmodern audience for whom the author, or in this case the director, is dead and where they (the audience) claim to deserve a shot at its interpretation, at a creation of a whole new text through personal memory, contexts, and recollections.

Henry Glassie: Field Work [2019]: 'TIFF' Review - A Wonderful Visual Diary of the World And Its Inhabitants