In a Pokemon day treat to fans of the game and the animé, Netflix released Pokemon: Mewtwo Strikes Back – Evolution’ on their platform on this very day. It is a remake of ‘Pokémon: The First Movie’ and the biggest question here would be – Would it be able to evoke the same emotions as the original?

There are doses of nostalgia throughout this film, in the form of the original team rocket introduction. ( I used to wonder why Jessie and James had to go on proclaiming who they were) But as Jessie said, “Prepare for trouble,” nostalgia hit me.  They plug in the original Pokemon song. Unfortunately, it wasn’t sung in the same manner as it was in the Gen 1 Kanto league series.

Brock’s amazing ability with being able to identify girls ( a throw back to a Gen 1 episode where Brock doesn’t profess his love to a nurse Joy) being retained was nice. Ideally one needs to thank the director and the editor for keeping elements of the original in the remake.

There are just too many changes in this film for me (not a hardcore fan) to appreciate it.

One of the things that put me off whilst I watched the original on a cartoon channel whilst in school was the extended prologue that didn’t feature Ash and friends. They have reduced it in this remake, yet still, this film has a longer run time than the original.

Now, this is questionable and can alienate hardcore fans for presenting an abridged version of the prologue to new audiences yet having other mindless sequences extended. I doubt someone watching Pokemon for the first time would understand the magical Pokemon tears. Are they similar to Phoenix tears from the Harry Potter series? Like what was happening? No doubt, the visual effects in that scene were astounding. Also, the character of Ambertwo has been omitted.

In Pokemon: Mewtwo Strikes Back the makers have used the CGI technique to tell us the same story. At times it felt as though this was footage taken from one of those video game devices…you know that scene where Ash, Misty, and Brock ( to quote our narrator…” our heroes”).

The aim no doubt would have been to improve the visuals. They succeeded in this aspect with respect to the scenery, the tears and the Pokemon attacks. Some Pokemon did benefit with this feature whilst they were alone on screen.

Mewtwo Strikes Back: Evolution’s CGI falls flat in the case of some Pokemon. Pinsir, Electabuzz, Belsprout, Drowzee all look like amusement park mascots. I make the above comment with sincere apologies to the designers of mascot costumes at amusement parks. Well, at least those costumes are an apt representation of the character. Here only Pikachu had discernible fur, but the Gyarados scales felt artificial.

The battle between the Pokemon and the clones felt like a cosplay brawl and I completely zoned out. Zoning out at the climax took away the connection the makers expected the audience to build towards the characters. And now that tear jerking moment wasn’t as impactful. This wasn’t because I knew it was going to happen. The brutality just wasn’t there as part of the build up to make us invest in the sacrifice. 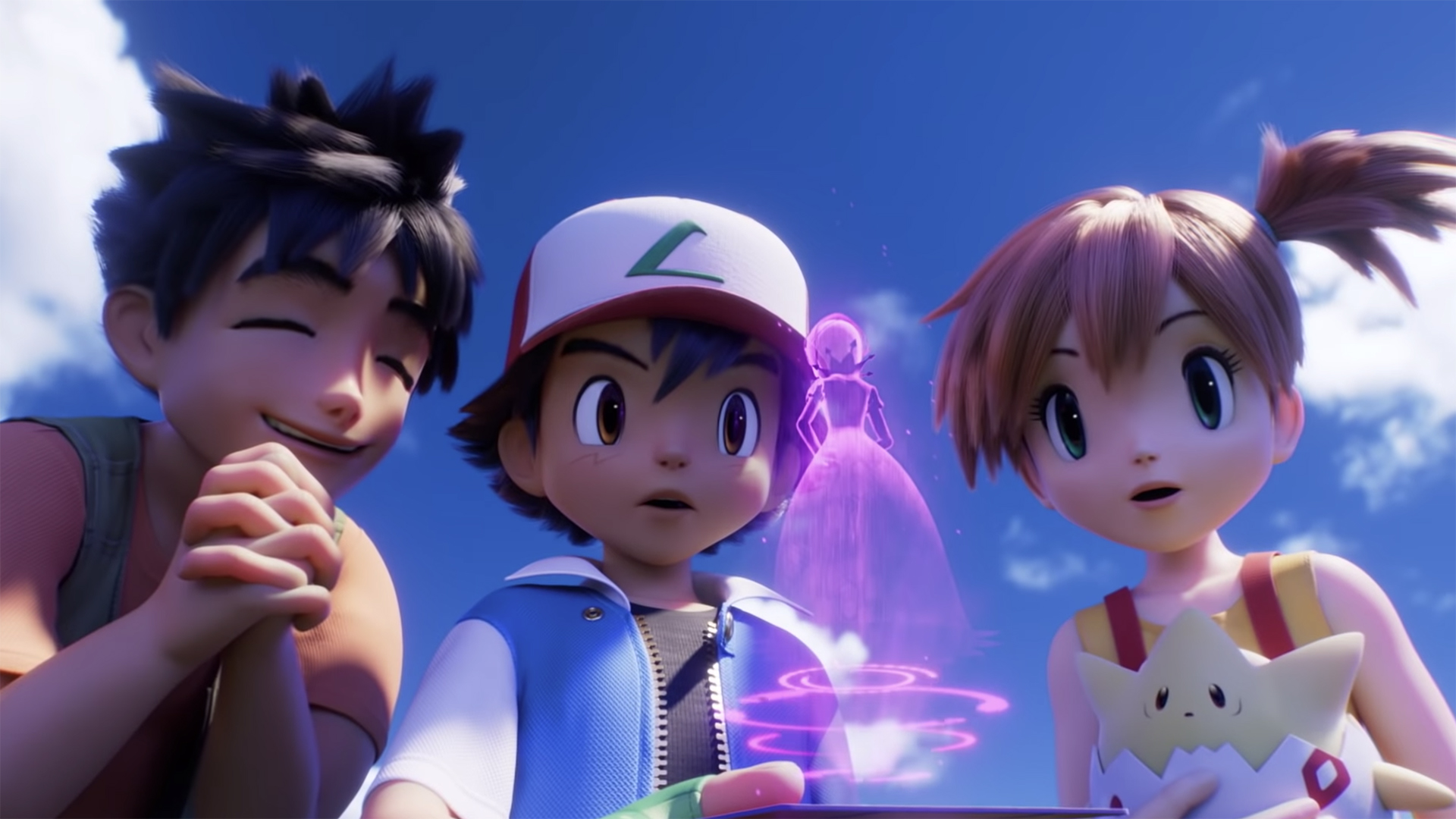 When one sees the wonders achieved by the CGI in making the scenery seem so real, the shortcomings of this technology with respect to the Pokemon was disappointing. The sight of the Pokemon and the faces of the humans in the first few minutes of the film brought us back to the fact that this film is not a live action one.

The dialogues have been changed and it is clear that they have made the film for an older audience. There is an idea of Mewtwo representing the proletariat and Giovanni being the Bourgeoisie. A dialogue between the two got me thinking about the same. Pokemon Mewtwo Strikes Back Evolution calls for peace. There is a line by Nurse Joy, where she wonders why all these living creatures are battling with each other and what good will it do. Now you may say that such a thing works with younger audiences but I guess adults a crash course on this.

Being a remake, this film will always be compared to the original ‘Pokémon: The First Movie.’ To answer the question with which I ended the first paragraph….NO. This film pales in comparison to the original as the CGI largely works against it. A sincere request to studios would be to leave the original films as they are.