In the years 2007-2008 as recession gripped the globe, Spain was wracked by numerous political corruption scandals, involving both regional and national politicians. 'The Realm' takes a little peek into the power corridors when the maelstrom of accusations and scandals erupted across regional party offices

Manuel Lopez-Vidal, the brooding anti-hero in Rodrigo Sorogoyen’s riveting thriller The Realm (‘El Reino’, 2018), is always on the move. Spanish film-maker Sorogoyen, who has once again collaborated with his screenwriter Isabel Pena and cinematographer Alejandro de Pablo (following his first two feature films, ‘Stockholm’ & ‘May God Forgive Us’), splendidly captures this man-in-motion, desperately seeking ways to cling on to the receding reputation, power, and love in his life. Manuel is a corrupt, manipulative, impulsive, and arrogant politician enjoying his hi-fi lifestyle. Yet under the hands of wonderful Spanish actor Antonio de la Torre (recently seen in ‘A Twelve-Year Night’), Manuel comes across as a flesh-and-bone human being whose love for his family and frustration at being the sacrificial lamb for the powers-that-be is something we can empathize with. Rodrigo Sorgoyen deftly establishes right from the opening segment that Manuel is a politician without scruples who has always acted against the law, and yet we’d like to see him win over his ‘friends-turned-foes’ since he holds the card to bring down the kingdom of deceit and greed.

In the years 2007-2008 as recession gripped the globe, Spain was wracked by numerous political corruption scandals, involving both regional and national politicians. The political devolution and the alleged dysfunction in Spain’s semi-federal system of government dominated the news headlines for months. The Realm takes a little peek into the power corridors when the maelstrom of accusations and scandals erupted across regional party offices. Rodrigo Sorogoyen and Isabel Pena’s script never makes it clear the nature of malfeasance (money laundering, land rezoning, etc are all mentioned in passing). The name ‘Persika’ is uttered furtively, the papers which might bring mayhem to the affluent regional (and even national) party members if ever exposed to media. There have been many real-world parallels (almost in every country in the world) to what’s suggested here that we don’t need any exact knowledge of the corruption scandal.  When the film starts Manuel is an on-the-rise regional vice-president who has already set his eyes on Madrid (national politics). He enjoys having lunch in a lavish restaurant, tours in a yacht with his ‘compromised friends’ who are also participants in the game of political skulduggery.

A governmental crackdown on corrupted political practices directly implicates Manuel. Despite all the careful planning, Manuel is caught on tape, saying things he shouldn’t. The secretly taped conversation also makes its way to national media. Manuel is immediately shunned by the party leader (Ana Wagener) and his political godfather Frias (Jose Maria), also the regional president. Once ousted, the party cronies view him warily. Manuel knows the judiciary, government, and the party would be glad to sacrifice him to protect the powers behind the wide-spread corruption. Moreover, the evidence he possesses is already rooted out through police search. Resisting the plunge into abyss, Manuel decides to take revenge on his former colleagues. Since the political lives of some depend on a secret pen-drive or diary, Manuel feels he could expose the whole depraved nature of modern politics. He seeks the help of an influential, transparency-seeking party newcomer named Alvarado (Luis Zahera) and promises scoop to the ambitious journalist Amia Marin (Barbara Lennie). But this doesn’t play out like ‘All the President’s Men’ style quest for justice and truth. As the unsettling climax TV-showdown reaches its crescendo, we are left contemplating the profundity of the remark ‘power protects power’. 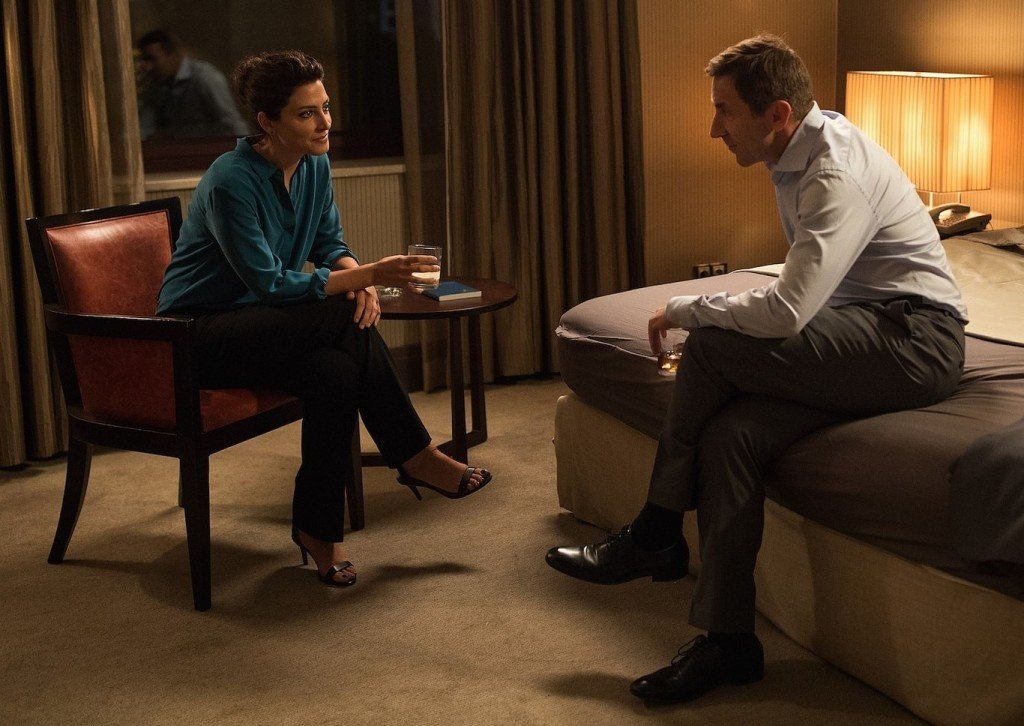 Director Rodrigo Sorogoyen finds interesting ways to generate tension and keep alive the intensity. In the very first scene, the camera tracks Manuel. He concludes a phone conversation and enters into beach-side restaurant through the back, and briskly walks through the kitchen, snatching a plate of prawns and gleefully takes it to his friendly politicos (a electropop soundtrack further intensifies the situation) . These fast-speaking politicians (whose name and face couldn’t be easily remembered) generate a disconcerting feel, yet that initial intense, purposeful movement clues us in on the ‘thrill’ to be generated by Manuel’s upcoming distressful navigations. Mr. Sorogoyen smartly keeps his viewers on the edge through these free-flowing movements. If the opening intense walk just leads to an indecipherable gaggle of people, in the later-half the director sets up a terrific set-piece as Manuel persuades a stoned, partying teenage girl to allow access to her father’s locked room. Manuel is inside the house to attain the ‘papers’ to incriminate his former cronies, including the girl’s father.

Sorogoyen not only excels in staging this unexpectedly tense scene but adds some interesting layers to it, like the clash between generational attitude (between Manuel, his elderly lawyer, and the drunk, belligerent youngsters). Furthermore, a couple of scenes that follows this ‘home-invasion’ were exceptionally chilling. In fact, the scene of cars driven without headlights was not only thrilling but serves as a symbolic image of the corrupt capitalist policies. The middle-portions which tries to establish Manuel’s psychological toll does feel a bit underwhelming, but the brilliant final half-hour deserves great applause. Director Sorogoyen conveys the sharp political commentary without overwrought the plot (his serial-killer thriller ‘May God Forgive Us’ suffered from that problem) or sentimentalizing the protagonist’s mission. The narrative largely unfolds as a character study of a crooked politician who is caught in the vortex of political power-play.

Considering the wealth of excellent political TV series (House of Cards, The Thick of It, The Mechanism, etc), The Realm (131 minutes) may not seem to say anything fresh or unfamiliar about the political class. But the strong performances plus the adrenaline-charged staging techniques employed here meticulously sets the viewers’ pulse racing.

Newton [2017]: An Exploration of Grey Spaces in the Sphere of 'Duty'