Not many of us can forget how it was when WHO first announced that we are in the middle of a deadly pandemic. There was chaos everywhere and confusion leading to and from it. How could we wrap up our everyday lives in cardboard boxes and leave for home wearing a mask and maintaining a six-foot distance between ourselves? Well, the rest is history. Films in the recent past have time and again tried to grasp this unique situation. Ribbon (2022), directed by and starring Non, is no different. It is poignant in how it approaches the pandemic, almost making it feel like a personal essay on feeling stuck and unproductive, and it manages to make an art out of it.

Itsuka, played by Non, is a graduate student in an art school. She has been committed to finishing her project for the graduation exhibit when the pandemic dawned. The beginning scenes in the film capture the stillness in an art university space that has been abandoned by students who were in the middle of work. The students have been asked to carry home all their projects and installments; they appear to be angry and distressed behind their masks. Itsuka goes back to her apartment. Although she lives alone, her family – mother, father, and younger sister – and her best friend don’t live too far off.

We get a glimpse into the pandemic-induced habits of all the people during this time, from not wanting to keep the masks on for too long to not opening the masks even when no one is around. In the middle of it all, Itsuka must deal with her relationship with art and come to accept it, despite the railings of the world. But the loneliness due to the pandemic is harrowing, and each of the characters is affected in some way or another during this time. Mental health takes a toll. Will Itsuka come out victorious in expressing herself adequately during this time? 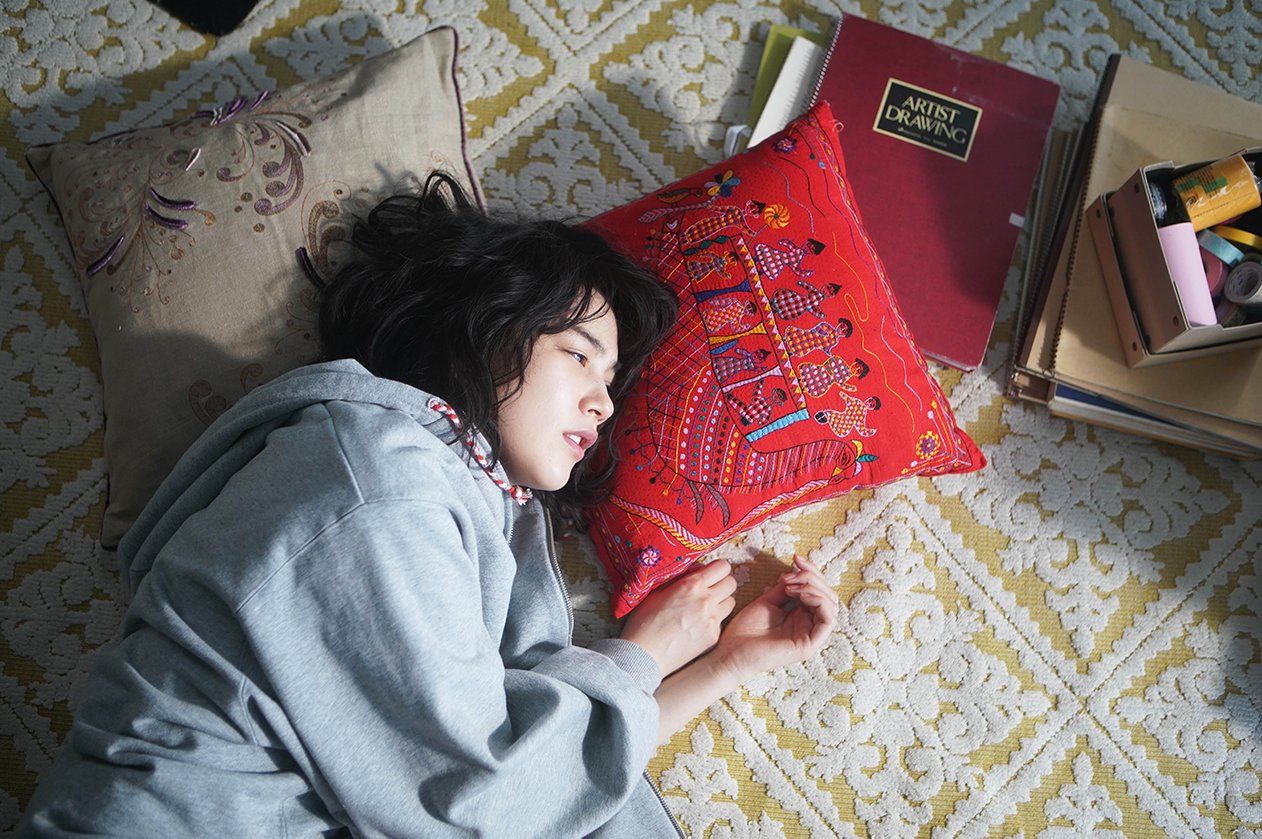 Each string of ribbon in the film comes to signify a kind of stream of consciousness; her art, then, becomes a piece that brings together all these consciousnesses into a bouquet of expressions. Non’s film is beautiful, well-conceived, and poignant. In the course of the film, the ribbons in the air also start to resemble her fragmenting mental state and the ribbon art piece is a metaphor for coming of age. They add a much more necessary element of fantasy to the film.

What works for me in this film is how sensitively the confusion that dawned upon us during the initial months of the pandemic has been handled. The director’s gaze doesn’t let us understand that things get better eventually down the lane. She takes her time with each scene. The sudden lapse of speed in our everyday affairs helps root the film in the pandemic like very few I have seen in the recent past.

In one of the initial scenes, when Itsuka is discussing her sleeping hours and washing routine with her friend over a video call, I couldn’t help but recall the many similar conversations I had during the pandemic. Further, the frustration that arises from feeling like you are staring into a bottomless pit after your well-planned post-graduation life crumbles on the floor is remarkable. I like how mask-wearing helps generate comedy in this film, especially when Mai visits her. She is dressed in all-black and talks about how she checks her temperature daily. The conversation between them in the park, where they try to figure out whether the guy sitting across them at a distance is real or not, turns hilarious as he notices them and starts walking towards them. 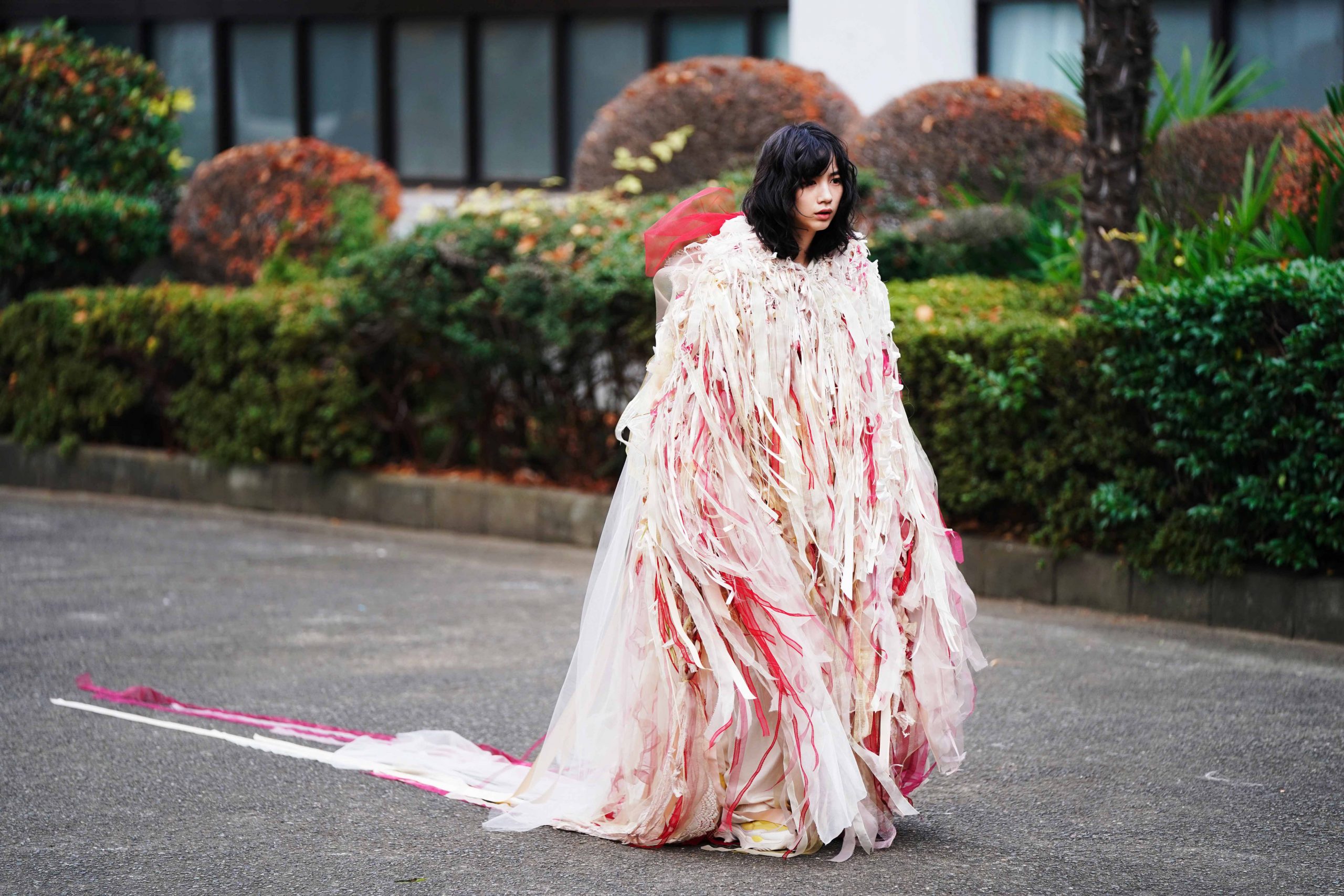 Non is brilliant as Itsuka. In one scene where she walks out of the house to get her unfinished painting back from the garbage, where her mother confesses to having dumped it, the anger shows on her face. She feels like no one understands her and her art; the aggression is spot on. When she later confronts her mother about it, she excuses herself from the apology by directing the blame for keeping her space too cluttered.

The signs of resignation are clearly etched on her face. The ribbons coming toward her from all directions help to express how she feels cornered during this conversation. In another scene, when she is standing at the sink in her kitchen and crying, she is effortless. The fade-outs don’t work for me since the film is not strictly divided into segments or chapters. It makes the film look like a collection of stories rather than one continuous unit.

One of the best things about the film, Ribbon, is that it doesn’t wait for the mess to clear up. It accepts the mess – the junk, the sprawled art supplies, the ribbons, heaped utensils, etc. – and takes it in its stride to create art. It is the art that comes out of the 21st-century pandemic, and I think you should dive into it to experience all of it.