“Even a bad film has a group of mad people behind the camera”, goes an interestingly self-reflexive line in Justin Cheung and Li Ho’s film about film-making, Legendary in Action! (2022). It’s a narrative about a ragtag production team working on a shoddy wuxia film with a shoestring budget, while also battling many other personal and financial hurdles. Good films have been made by documenting the many struggles of making a micro-budget mad & bad film. Tim Burton’s Ed Wood (1994), Sion Sono’s deliciously meta-textual Why Don’t You Play in Hell (2013), and Shinichirou Ueda’s outrageously funny and heartfelt One Cut of the Dead (2017) immediately comes to mind.

Unfortunately, Legendary in Action falters both in terms of scope and execution. It relies on easy sentimentality and tries to evoke nostalgia for a cinematic era, which isn’t a bad thing. However, the archetypal characterizations and predictable melodrama doesn’t provide the space for an organic flow of emotions. What we are left with is a somewhat entertaining work on the agonies of birthing a movie. But considering the challenges faced by filmmakers and movie-goers in the years of the pandemic, Cheung and Ho’s Legendary in Action could have been much more clever and rousing. 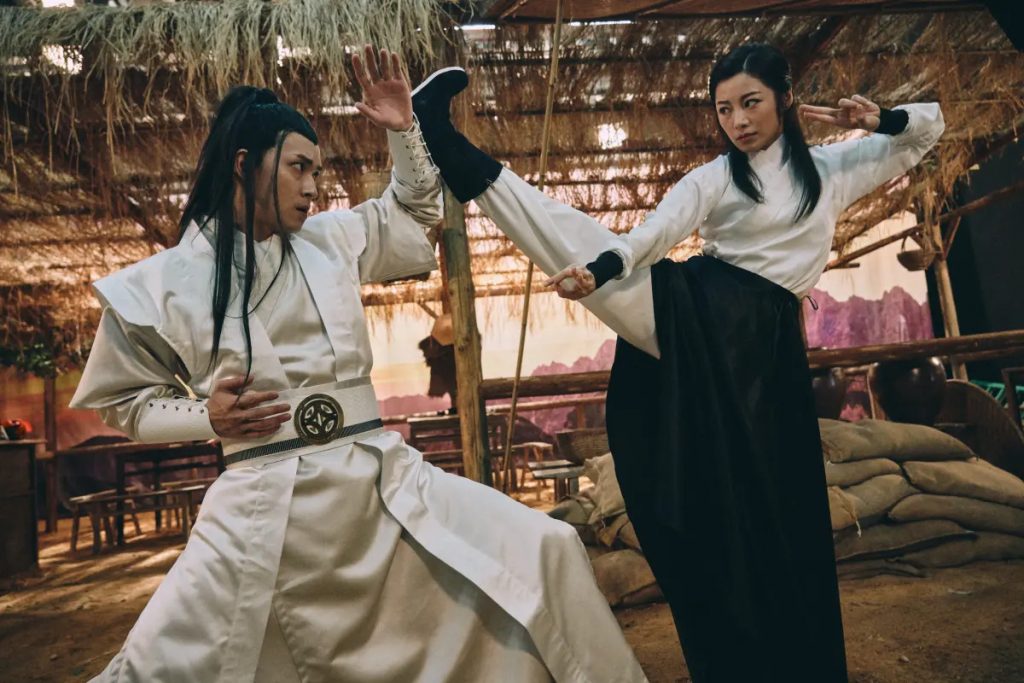 Wuxia films – Chinese martial arts cinema – led to the great boom for Hong Kong cinema in the 1960s. Traditional wuxia films had a mix of gravity-defying, balletic wire-fu, and strong folklore or mythical elements. The censors of mainland China naturally found the feudalistic set-up and the myth in wuxia movies to be harmful and superstitious respectively. Hence, it was banned or heavily censored. This was not the case in Hong Kong, where Chinese government censorship wasn’t applied. It’s how the elegant swordplay features became a staple element of Hong Kong cinema.

Related to Legendary in Action: Dare to Stop Us [2019]: ‘NYAFF’ Review – A Captivating Perspective Elevates the Lookout Into a Fascinating Character

The legendary Shaw Brothers Studio was behind the vast quantity of wuxia films that were churned out in assembly line format in the mid-1960s. Taiwanese master King Hu’s Come Drink With Me (1966) was considered a watershed moment in wuxia film history. Nevertheless, it was Chang Cheh’s One-Armed Swordsman (1967) that perfectly realized the characters and settings for wuxia films. Chang Cheh’s influence on wuxia and kung fu cinema is so wide-ranging that it’s hard to explain it in a few words. Shaw Brothers worked in different genres during this period. But it was the crowd-pleasing martial arts film that became Hong Kong’s biggest cultural export, exploding into the international arena by the 1970s.

Legendary in Action follows a man-child, who eulogizes as well as yearns for this lost era of Hong Kong martial arts cinema. Bill ‘Tiger’ Cheung (Justin Cheung) is a down-on-his-luck late-30s filmmaker, reduced to directing substandard shorts. Since his feature-film directorial venture was a huge commercial flop, there are no takers for his dream project. Tiger has grown up on a steady diet of wuxia films. As a child, he was particularly fascinated by the martial arts TV series Seven-Star Sword. The 29 episodes of the show, featuring Master Dragon, were strongly etched on Tiger’s mind. He was also obsessed with the show because the star actor who played Master Dragon was thrown out of it, and the show abruptly ended in the 30th episode.

The incompleteness is what drives Tiger’s passion project –a remake of Seven-Star Sword – alongside his love for martial arts cinema. Out of nowhere, an interested yet shady financier agrees to fund Tiger’s project. “What’s sleek in front of the camera is bleak behind the scenes”, Tiger muses in the opening scene of Legendary in Action. Tiger’s personal life is more than bleak. He is an uncaring husband, who is staring at his Smartphone while his wife is undergoing an ultrasound scan to monitor the growth of the fetus. He leaves her at the hospital and follows a grumpy old man (Chen Kuan-tai). That elderly guy happens to be the actor who played Master Dragon. He’s more than happy to make a comeback.

A singing idol is chosen for the villain role; not because of his acting abilities but since he is familiar with a section of a younger audience.  On the other hand, the Master Dragon is a too old school that he wreaks havoc in the sets. He casually bullies a cast member and beats up the stunt extras for real. The Master also chooses a waitress to play his sidekick Flying Free Bird aka Phoenix (Wiyona Yeung) because she resembles the actress who once played that role. Almost all of these episodes unfold like a farce and the Master’s shenanigans are played up for laughs. Hence, when the filmmakers try to steer the narrative towards stronger emotions, the change of tone looks inorganic and bumpy. 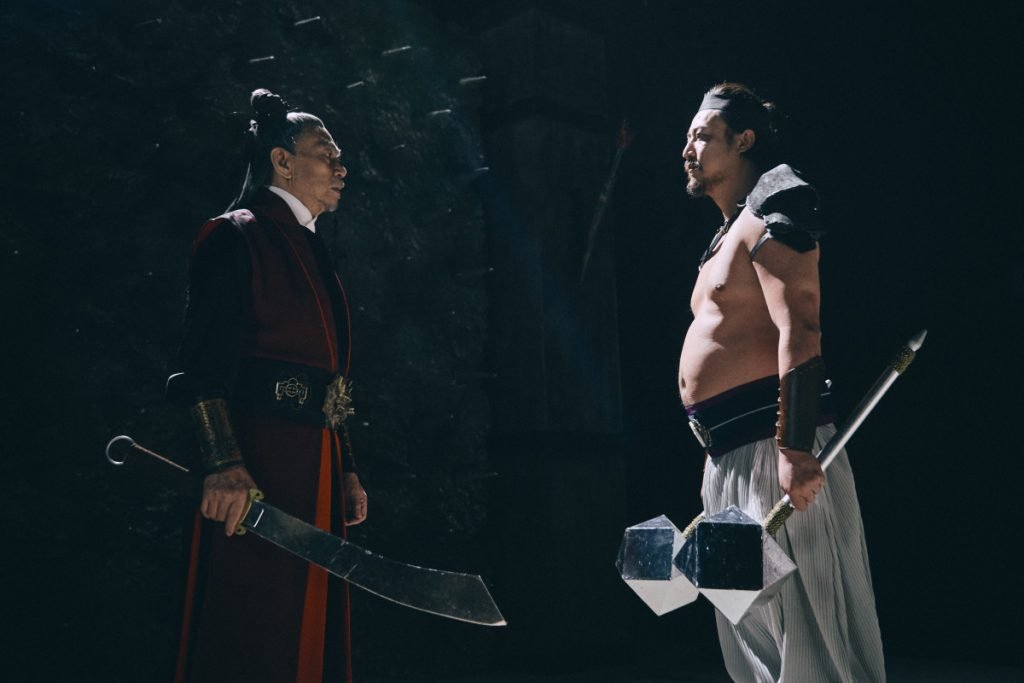 Legendary in Action is a film that’s supposed to be about the mad passion of micro-budget filmmakers. But the whole film-making session is made in an uninspiring manner and it’s filled with familiar behind-the-scenes gags and frustrating platitudes. Where is the manic energy of independent film-making? The film also doubles up as a redemption story, i.e., the redemption of a washed-up star and a disgruntled filmmaker. Alas, the characters often wallow in self-pity that their journey towards redemption is so rushed, rendering it inept.

Also Read: One and Four [2022] ‘NYAFF’ Review – Defying the Perception of absolute truth and the fallacy of its adequacy

With a running time of 92 minutes, Legendary in Action definitely doesn’t overstay its welcome, and moreover carries some good moments and endearing performances. Yet the heavy-handed approach spoils what could have been a fine tribute to the old-school wuxia films. Perhaps, this isn’t a bad film but rather a dull film.

Angry Son [2022]: 'NYAFF' Review: A Seamless Story of the Coming-of-Age of a Japanese-Filipino Queer Young Adult