Legal system should operate on the presumption that a defendant is innocent until proven guilty. We know it doesn’t often work that way. What’s worse is the court of public opinions or trial by media where such presumption of innocence doesn’t exist. Mass media can be a valuable source of information; a juggernaut aimed at unchecked, corrupted power. But at times, the media’s moribund subjectivity and obsession to feed on public outrage may take them far from truth. In fact, narratives about injustice enrages me so much that I often stop watching a movie or reading a non-fiction book (dealing with the subject) and google what eventually happened to this unjustly persecuted individual; did he at least obtained that proverbial ‘light at the end of the tunnel’? Forty minutes into Clint Eastwood’s modest melodrama, Richard Jewell (2019), I did the same and took comfort in the fact that he received justice in the end.

On July 27, 1996, a security guard named Richard Jewell discovered a pipe bomb at Atlanta’s Centennial Olympic Park. He immediately informed the authorities and helped clear the crowd. Although the police were warned, the bomb did explode, killing two and injuring more than 100 people. If not for Jewell’s timely discovery and quick thinking, the human losses would have been far worse. He was hailed as a hero by the media. But days later, a story by Atlanta Journal-Constitution journalist Kathy Scruggs named Jewell as FBI’s prime suspect in the bombing case (based on a ‘trusted’ law-enforcement source). After digging into some of his minor transgressions in the past, the overweight and quirky Jewell was instantly vilified by the mass media and bedeviled by the FBI. 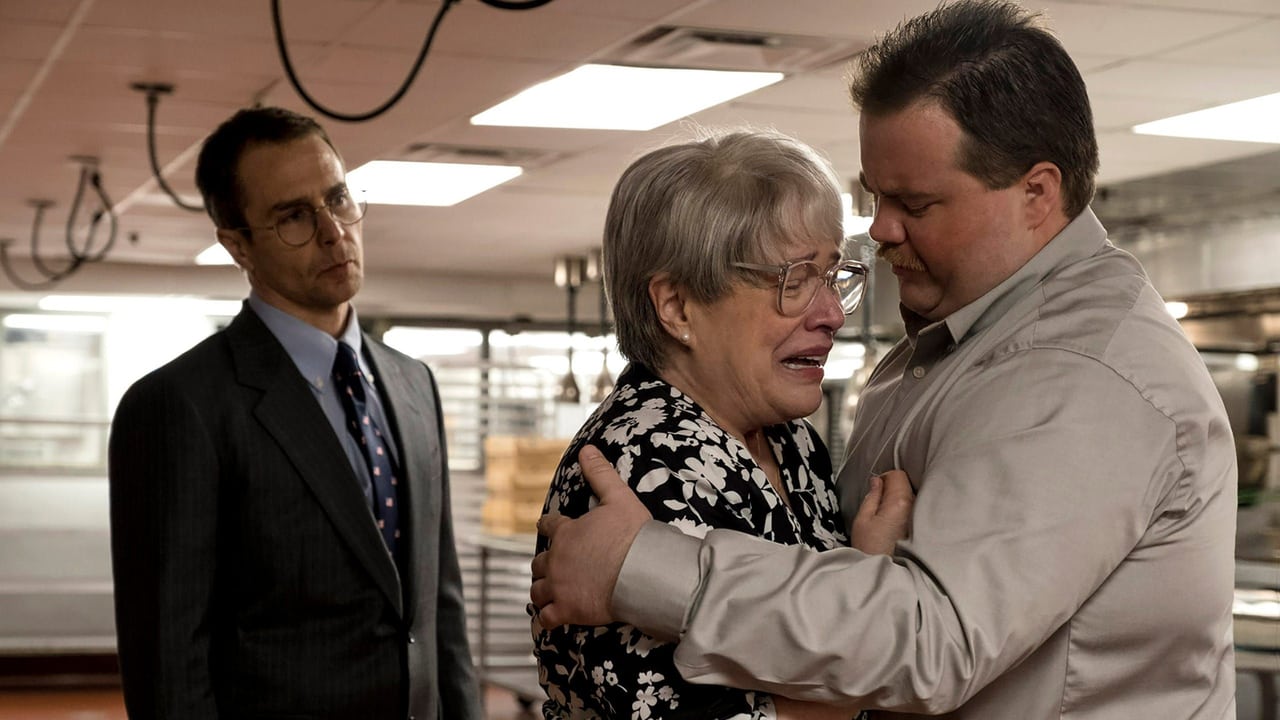 Written by veteran screenwriter Billy Ray (Shattered Glass, Captain Philips) and the eponymous role brilliantly performed by Paul Walter Hauser, the narrative is based on Marie Brenner’s Vanity Fair Article and Kent Alexander & Kevin Salwen’s book. Being a Clint Eastwood drama, we can’t expect shades of grey or subtlety. Yet he capably puts us on Jewell’s side and makes us feel his frustration and righteous anger. The film opens with positioning the key players in the narrative, mostly in black and white terms. Richard Jewell is first introduced as a lowly supply room clerk. He aspires to be a police officer, skilled at target shooting, studies penal codes on Saturday nights, and lives with his affectionate mother, Bobi (Kathy Bates). Richard kind of befriends a lawyer named Watson Bryant (Sam Rockwell), who proves to be one of the few people in his life to treat him as a human being.

Related to Richard Jewell — Unbelievable Netflix (2019) Review: The Truth Will Set Us Free

After a brief stint as a campus cop in a local college, Richard gets security detail at Centennial Park, during the Olympic Games. Richard not only deeply respects authority, but also takes his job a little too seriously. It’s a quality that has landed him in trouble in the past as he was fired from Georgia County’s police force. But on the night of July 27, 1996, Richard’s preoccupation for following protocol helped save lot of lives. He was in the right place at the right time. But for the local FBI agent, Tom Shaw (Jon Hamm) it all seems too neat that he directs his lens of bias towards Richard. After disclosing the tip to a foxy and ambitious reporter (Olivia Wilde), the story goes public and trial by media follows.

Initially, Richard Jewell remains too cooperative to FBI’s desperate attempts to railroad him. But despite a childlike demeanor at times, Mr. Jewell is savvy enough to know the dos and don’ts of the investigative procedures that he immediately calls his friend Watson to represent him. The invasive techniques of law enforcement officials and media frenzy only intensifies from there. By the second-half, Ray and Eastwood focus more on the emotional moments than on the inherent social aspects. And most of these emotional interactions work greatly, especially when Richard explains why he admires Watson, or when he confronts the condescending FBI agents by asking, “Do you have any kind of case against me?” Nevertheless by the end, the film is less about offering a timely tale about abuse of power, and more about providing a simpler, moralizing parable on the need to treat fellow human beings with dignity.

Richard Jewell is definitely lot better than some of Clint Eastwood’s recent unworthy directorial ventures (The 15:17 to Paris, American Sniper, Jersey Boys). Yet it also suffers from the usual Hollywoodized treatment of real-life stories, dispensing complicated truths for pat moralizations. The case in point here is the one-dimensional, vilified portrayal of the undaunted police reporter Kathy Scruggs. Played by Olivia Wilde, donned in leather miniskirts and ‘inappropriately’ unbuttoned blouse, Kathy is portrayed as the typical villainous vamp who offers sexual favors for a story.To further highlight her unscrupulousness, we see her praying at the bombing site to get a good story out of this. The film was justifiably under fire for this problematic portrayal. While the names of FBI agents involved in the case were changed, the choice to use Ms. Scruggs name is also a bit cruel. It’s a decision the screenwriter may have taken since Kathy Scruggs passed away in 2001 (due to prescription drug overdose) and she can’t respond to this vilification. The narrative towards the end does provide some space to show that Kathy exhibited remorse for her wrong reporting. Nevertheless, it is ironic to see such kind of characterization in film that actually deals with vilification.

Eastwood’s characters are essentially victimized (Mystic River, Million Dollar Baby, Changeling), and more often unfolds from the male point of view. Richard Jewell isn’t very different in that aspect. Of course, Eastwood is a decent craftsman, and regardless of the one-sidedness of his narrative he incorporates convincing emotional truth to the protagonist’s predicament. Although Hauser has previously played such socially awkward oddball characters, he shines as Richard Jewell, portraying the character’s true nature without sentimentalizing it. Rockwell is innately charming as the empathetic and enraged lawyer. Jon Hamm plays the thankless role of another one-note villain. He is the bored FBI agent who goes to extreme lengths to frame Jewell. Again the problem is flatter depiction of an individual’s unethical action.

Overall, Richard Jewell (131 minutes) is a flawed yet a decent drama on a man whose life was affected by the system that makes snap judgments and gives into mob mentality.