Superheros were mostly from that one particular country, focusing on aliens or bad guys that seemed to want to wreak havoc on that one particular country itself. Well, that’s where most of the stuff sells and it’s a natural place to start. However, what used to be disappointing was that a reboot would happen before any expansion. Looking at the expansion and progress of the MCU, it seems highly doubtful that there will be a reboot anytime soon. Phase 4 really kicked off with Shang-Chi and The Legend of the Ten Rings (the official kick-off was Black Widow, but well, you have seen Endgame right?)

And we have to say it kicked it off in style as Shang-Chi and the Legend of the Ten Rings managed to get us engrossed in a name that may not have been on the tip of our tongues when thinking about Marvel. It can be seen as Asia’s Black Panther, but be warned this film is no Black Panther.

Related to Shang-Chi and the Legend of the Ten Rings – The Lord Of The Rings Trilogy: The Symbol Of The Ring

Featuring an ensemble cast that includes Tony Leung, Simu Liu, Awkwafina, Michelle Yeoh, Meng’er Zhang, and Fala Chen, Shang-Chi, and the Legends of the Ten Rings focuses on, well, it’s all in the title. The film began with me hunting whether I was watching it in the correct language as the initial quarter of an hour is in Chinese. It establishes Xu Wenwu and shows us his journey.

Later, we jump to the present day and see Shang-Chi a.k.a. Shaun, who works as a valet at a hotel. He seems to be someone who wants to lead a simple life and is even apprehensive about his colleague Katy’s aka the Asian Jeff Gordon (Awkwafina) need for speed. Hey, Asians can drive and can see above the steering wheel. Why thank you Hollywood!

This quiet exterior is shattered almost instantly with a fight scene on a San Francisco tram. This is what I really liked about Shang-Chi and The Ten Rings. It broke away from the usual superhero trope of tedious buildups, fights against minions, and then a short-lived fight against the big bad (I’m looking at you Justice League). Director Destin Cretton treated the audience to a battle within the first 25 minutes, and it was engrossing. With a pulsating background score and quite a well-thought-out action choreography, Shang-Chi vs the Ten Rings’ first fight was a sight to behold.

This sets the character on a journey where he reveals who he really is, his family, and his past. It culminates in a separate dimension that lets Disney run wild with their imagination for new merchandise and material for them to gauge audience reaction so as to debate on whether they could be included in a pure fantasy film.

On the whole Marvel Cinematic Universe’s 25th installment ventures into the Orient, but ensures that orientalism isn’t a dominant theme. It touches upon the culture of the region with martial arts playing a core part in the warriors’ skills (except for the Razor Fist). After this film, which mercifully didn’t give us an Asian with a unique accent; we may be keen on seeing more of Shang-Chi. Hell, even a film about Ta Lo won’t be dismissed entirely, but perhaps that may get a TV series treatment? 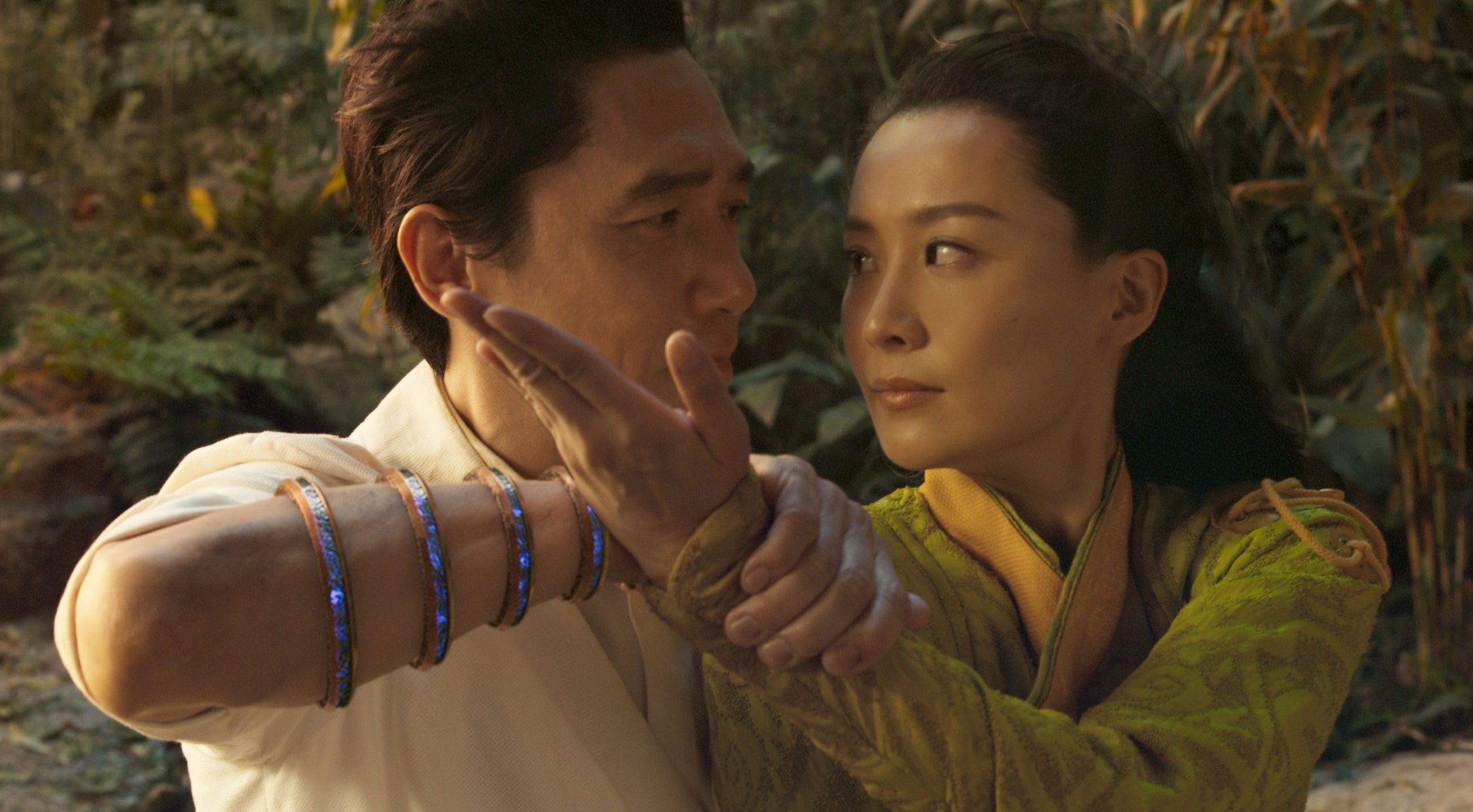 The personal conflict from this film may continue even in further offerings. It is quite nice to see Marvel take this route. While Thanos wanted world domination, Hela, Ultron, Malekith, and Mysterio just wanted to destroy the world and cause chaos. But Wenwu was just clouded, confused, and blinded with power and single-minded devotion. It lent to the depth of the bond that he had with Ying Li, both in his motivation and in his realization of what he had done.

It’s also quite refreshing that it wasn’t an east vs west battle, as modern weapons weren’t part of the action. Speaking of the action, the fight scenes right from San Francisco to the tower in Macau and the one near the entrance to Ta Lo; are all mesmerizing forms of dance, performed so quickly that one may believe as though they are watching blurs. The battle between Xu Wenwu and Ying Li reminded me of Crouching Tiger Hidden Dragon- this was due to the bamboo forest and the sight of them just gliding through the air (of course this wasn’t at the level of Li Mu Bai).

I may have had that movie in my head, as Michelle Yeoh played a part in this film as well. She is in literally every huge film set in Asia that makes it big in Hollywood- Tomorrow Never Dies, Crouching Tiger Hidden Dragon, Memoirs of a Geisha, and now, Shang-Chi and The Ten Rings. By the time Yeoh makes an appearance, I’d actually forgotten she was supposed to be in the film. The scene with Yeoh and Liu is something that combines beauty, art, combat; and is captured wonderfully by William Pope.

Michelle Yeoh isn’t even part of, or even mentioned in, the innumerable flashback scenes that serve as a bridge to the present-day to help the audiences get a glimpse of each character’s backstory to help them understand why what is what. And there are a lot of them, but we don’t mind it as the potential for battles is there. Also, callbacks to the earlier phases of the MCU may delight the hardcore fan base.

Even for someone watching the film afresh, the flashbacks serve a purpose, with each one of them being relevant. It would be tough for anyone to say so and so the sequence shouldn’t have made it out of Nat Sanders, Elisabet Ronaldsdottir, and Harry Toon’s editing room. 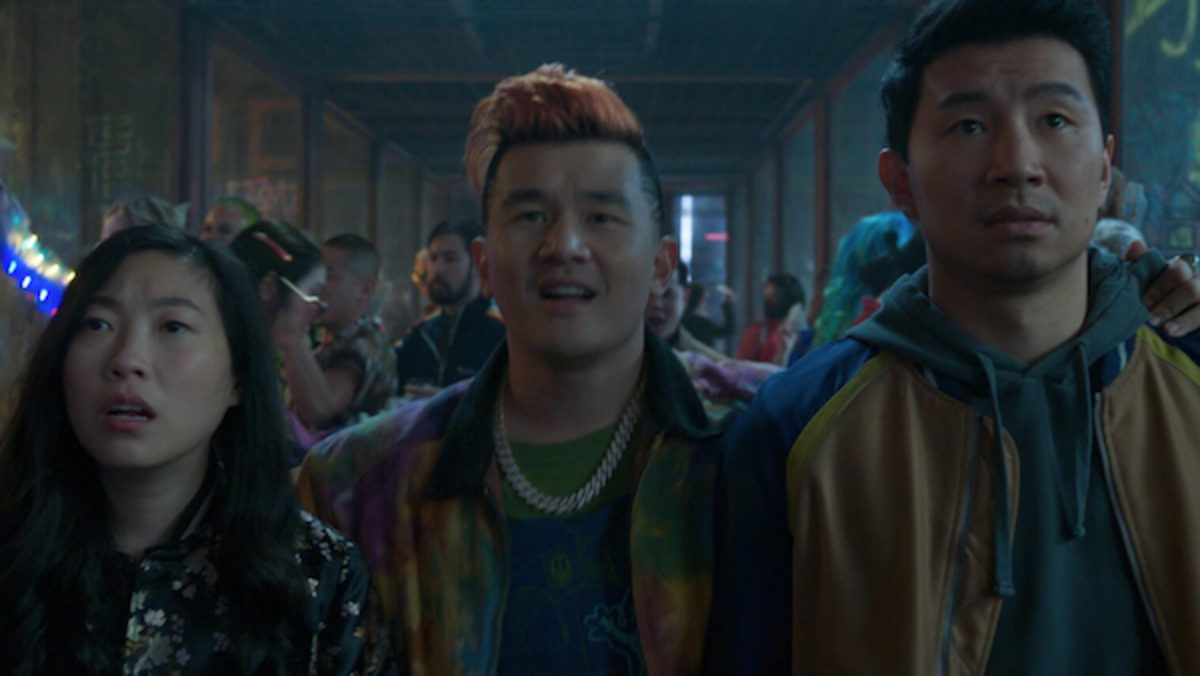 Well, maybe… the sky shouldn’t have turned gray when the Dweller-in-Darkness appeared. It’s the usual thing, bright sunshine vanishes whenever the big bad is around. (I feel like Deadpool calling out the superhero landing while writing about Marvel films). Didn’t that happen when Thanos descended on the Avengers compound in 2019? Yes, the big CGI mess was an integral part of Shang-Chi and the Legends of the Ten Rings as well. How else would they touch upon the mythical creatures?

The sight of martial arts duels would have been way more impressive. Like that’s what made me adore the three fight scenes. Perhaps they did venture into some sort of orientalism in this climax, with the escape route being that Marvel had set it in another dimension.

On the acting front, Leung helps us get invested in the film. Whilst Liu can go under the radar, Awkwafina and Michelle Yeoh dominate. In retrospect, Meng’er Zhang feels like a side character that is ignored, which is perfect; given the direction of the extended universe story.

Shang-Chi and the Legends of the Ten Rings is filled with Marvel humor, action, emotional investment, exquisitely choreographed fight scenes, and edge of your seat action. Although it broke certain stereotypes and attempted retcon, it may not appeal to Marvel haters who had hoped for a large-scale change. But well, films are targeted to a niche audience and the TA will certainly adore this one.

P.S. Marvel fans should stay back till the end, for these end credits (plural) scenes are set up for some big moves that will no doubt feature in phase 4 and phase 5.

Special Ops 1.5 (2021) Disney + Hotstar Review - A Very Efficient and Well Made Expansion of the World of Special Ops