If Special Ops Season 1 was the originally released AAA game, Special Ops 1.5 is the downloadable content. The original show released in 2020 was a competently made espionage thriller centering on a Maverick R&AW veteran agent Himmat Singh, and his cadre of subordinates, who are investigating the mysterious antagonist behind the September 2001 Parliament attacks. The show was bloated at parts, competently made, and engaging as a result of the direction by Neeraj Pandey and Shivam Nair, and of course the anchoring and reliable presence of Kay Kay Menon as protagonist Himmat Singh. Menon is such a consummate and brilliant actor, that he was almost the sole reason why Special Ops became even more engaging than what the script and the screenplay offered.

It is always heartening to see a show learning itself from its mistakes. Special Ops 1.5 acts as a sort of origin story for Himmat Singh, and returning creators Pandey and Nair know that Menon was the primary reason why the show even had an audience. Thus focusing on Menon’s character, even for a story majorly set in the past is a win-win situation. Special Ops 1.5 also knows how much meat is there in the story it wants to tell. Clocking at a reasonable length of 4 episodes averaging 40 – 50 mins each, Special Ops 1.5 is successful in removing the majority of the bloat and filler material that plagued its first season. The result is a mean and lean sequel cum prequel season which is fast-paced and exciting, but again not without its flaws.

Related Content to Special Ops 1.5: The Portrayal of the Subaltern in Ayyappanum Koshiyum (2020)

The premise is simple – returning character Superintendent Abbas Sheikh(Vinay Pathak) of the Delhi Police is called by the same interrogators of the previous season, the Thompson and Thomson duo of Naresh Chadda and D.K Banerjee (Parmeet Sethi & Kali Prasad Mukherjee respectively), who instruct Sheikh to fill in the blanks of Himmat Singh’s background, as part of an appraisal for retiring intelligence officers. Barring the obvious question of how much Sheikh actually knows, Pathak acts as a storyteller for both the interrogators and the audience, as he slowly unfolds the origin story of Menon’s character Himmat Singh, at least a facet of it. 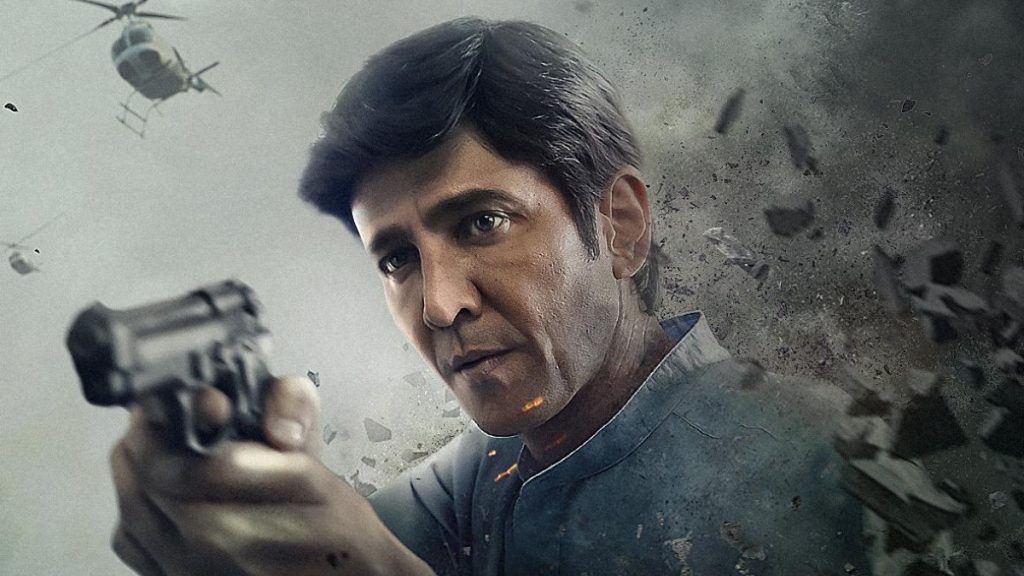 What works for Special Ops 1.5 story is how much focused on the espionage angle it is, even though it is far more dramatic than say the realistic portrayal in most cold war movies. The concept of honey-trapping, beautiful women hired by secret organizations to act as escorts and mistresses of powerful figures in the government and slowly extracting important information, is the inciting incident in the latest case, which forces Himmat Singh to come back to R&AW after forced suspension and work with his old friend Vijay (Aftab Shivdasani). What they discover is the existence of a mole inside their organization connected very prominently with these honey trapping incidents, for potentially damaging results to national security.

The espionage, counter-espionage, even “sexpionage”, as the term used by Abbas Sheikh’s character in the story, is shot with a sense of rhythm and routine. Even as Himmat Singh’s team manages to one-up the antagonist’s team, the converse happens, and it is an effective cat and mouse game, which manages to keep you engaged for the majority of the runtime. The editing by Rishav Brijesh Rai is also another positive here – managing to ensure the story structure of flashbacks within flashbacks doesn’t come off as too confusing.

But of course, the star of the show is Kay Kay Menon, who finally is able to show Himmat Singh’s arc as a younger agent getting in on the action and getting his hands dirty, against an antagonist as suitably intense and menacing Adil Khan as Maninder, whose physicality sidesteps any meaning character development. Aftab Shivdasani as Vijay proves that an actor only needs a good script to show his acting range, and he gives a reserved performance here which leaves an impact. If you are expecting character development like Raj and DK”s brilliant show The Family Man, you won’t find it here, but at 4 episodes with almost a movie-length runtime, Special Ops 1.5 screenplay is taut and well-paced, always moving from one plot thread to another, and like the last season, it manages to tell a complete story from beginning to end, ensuring the story is almost a globe-trotting one, or it appears to be, while also teasing a second season in the final moments of the last episode.

While the romantic subplot is mined for moderate comedy which works less than it should have, the twist of that subplot is far more interesting. What isn’t interesting is how a story thread featuring a politician’s son is introduced in the plot. Barring some usual questions as to how Sheikh knows so much about classified incidents, Special Ops 1.5 is a fast-paced and breezy story that manages to entertain and legitimately surprise you at some points; the fact that brevity is the soul of wit is the thesis statement for Special Ops 1.5, which easily kicks this “miniseries” a notch higher than the original show.