Shining Girls (Season 1 Finale), Episode 8 Recap and Ending Explained: Based on the novel by Lauren Beukes, Shining Girls is a beguiling adaptation created by Silka Luisa. It seamlessly blends the aspect of science fiction in its thriller drama to create an empathetic work that is evocative and engaging in equal measures. With the excellent Elisabeth Moss at the helm, the Apple TV+ series gets a firm acting lead that they can rely upon. She pulls off the burden of its confounding narration to make us consistently resonate with her pathos. Along with her, Jamie Bell, Phillipa Soo, and Wagner Moura are exceptionally well in their respective roles. With the season finale, the show has solidified its entry as one of the most intriguing works to have come out this year.

We’re presented with a scene from 1848’s Chicago, where we see people working in a forest. We see an old man (the same that Harper meets in the previous episode) plucking a flower and leaving that particular place. On his route, he stumbles upon a house and enters. He sees a man hanging over a staircase and pieces of glass lying on the floor. When he gets closer to the body, he finds a note on a step, saying – ‘All Yours’. He wraps up the person’s body, takes it outside, and closes the door. When the door reopens, Harper (Jamie Bell) walks in with a blood-stained shirt and finds a dog inside that he does not remember being there before.

Then, the episode picks up from where it left in the last episode. Jin-Sook (Phillipa Soo) meets Kirby (Elisabeth Moss) near the exit of the aquarium where she learns about the new identity that she has to live with. Instead of being an employee at the aquarium, in this altered reality, she works as a mechanical technician and lives in a different place than she used to. After this conversation, Kirby goes to Dan’s place, but a different person opens the door. She learns that Dan has not lived in this place. This lets her know about him not being present in this reality that reaffirms her suspicion about his death. She goes to the office to look for him. But after some time, she gives up and sleeps in her branch office as an archivist.

In the morning, after waking up, she learns that she is not an archivist but a reporter. She goes to her desk and asks a co-worker about Klara Meiser’s case and realizes that the initial suspect that they had looked for (the one Dan and she had found not to be guilty) is pleading guilty. No other victims are being discussed connected to this case, nor is Dan present in this version. In the town hall meeting, she learns that Dan was an old employee at this office who recently died. While this happens in the office for Kirby, Harper is seen speaking with Leo (Christopher Denham) about the tape of Klara (the one of her dancing, that he gives to Kirby in a previous episode). Leo claims to have no recollection of having such a tape, which irks Harper. 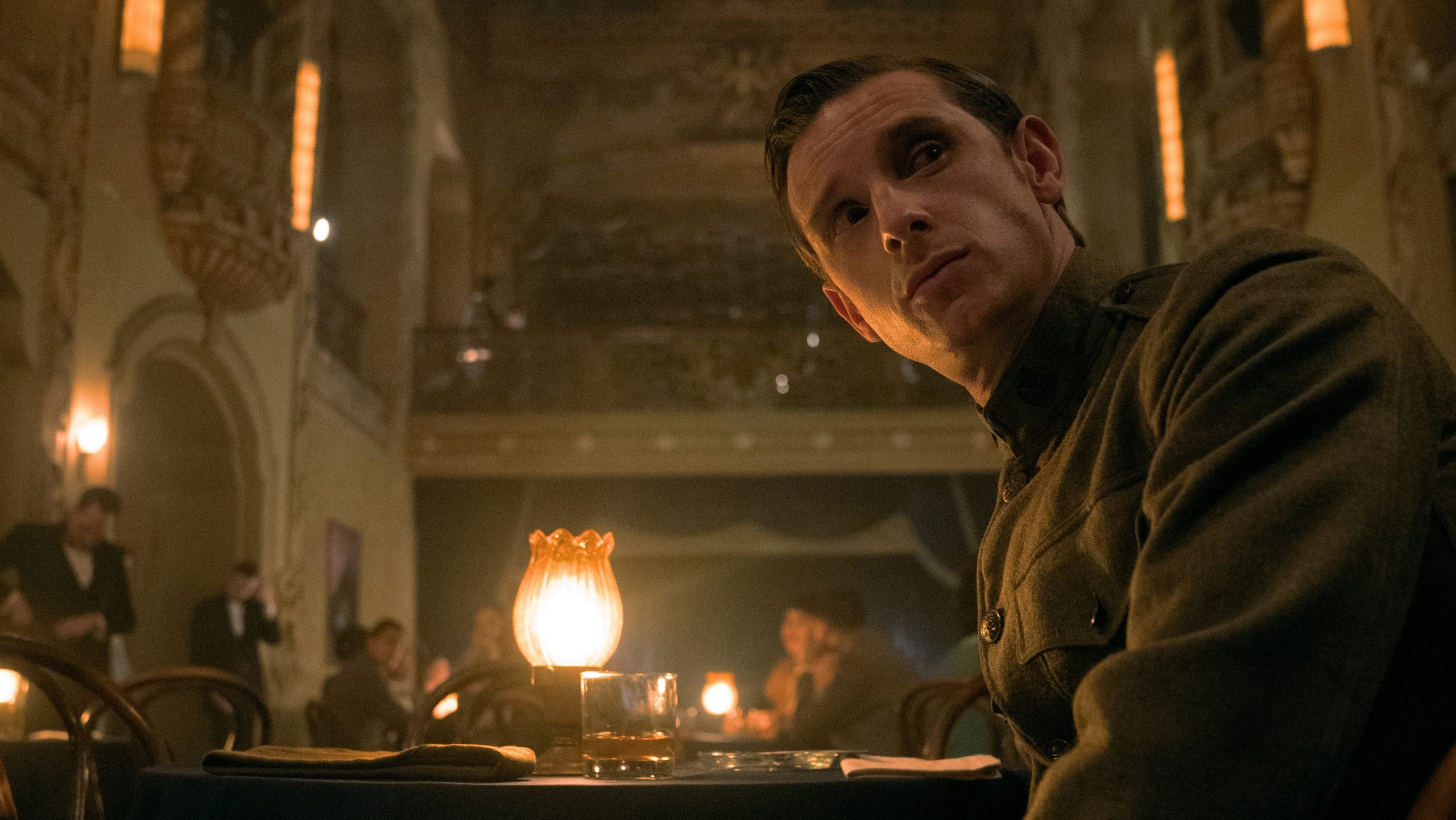 Later, Jin-Sook comes to Kirby’s office and speaks about Dan’s death and how him dying is why she did not. Jin-Sook mentions how the date she dropped out from her college is the date of the attack on Kirby. She reiterates the thread theory she mentioned to Kirby earlier. She tells Kirby how she is now the third person on that thread and how Harper might be the person connecting all of them. Meanwhile, Harper brings Leo to his house where he repeatedly asks about the tape. Leo tries to leave the house and leave the curse of shifting realities. But he realizes that he cannot do that without Harper’s choice. He asks Harper to go back to the time when they find the tape in order to get it back, which Harper rejects. The reason why Harper does not want to go back to the older time or the reason why he doesn’t want to leave the house is that he does not have anyone in the past. Leo tells him that which upsets him because of which he stabs Leo.

Afterward, Kirby comes back into the office with Jin-Sook and goes to the archival. She finds Marcus pulling out Dan’s photos from the negatives. While speaking with him, she learns that she is not a reporter, but again a person working in the archives department. This would have happened because Harper switched to a different reality. She sees a co-worker going through Dan’s files and reads through them. She learns how he is framed as the robber by the person who stabbed him. When she comes back to the office floor and looks for Jinny, she learns from Marcus that she was taken out by the security for looking at confidential police files. She also learns that now, she does not even work in Chicago Times. Then she goes to the autopsy center to get a look at Dan’s body. As she suspected, he has the cut-mark exactly like the one she (and all the victims) had on her body. This furthers her understanding Harper is the one who killed him.

Kirby then goes through the evidence box and finds a worn-out waller with old currency notes and a photograph with an address written on the back of it. (This is the same piece of paper that Harper and Leo had when they stumbled next to ‘the house’) She goes to the house of this address and breaks in. She starts looking around in this place and finds different things that remind her of her past associated with Harper. She also finds a bunch of Pegasus dolls where she keeps the one from her childhood (the one that Harper had given her) Later, Harper enters the house and hears the sound of a tape recording. He sees the tape of Klara being played on the television but finds no person around. So he starts looking around, which is when suddenly Kirby attacks him from the back. She follows him and keeps hitting him with a rod. Later, he makes an unsuccessful attempt to strangle her. After their fight, we get an understanding of how she knows now, that it was not him but the house that connected them and trapped his victims in this loop. 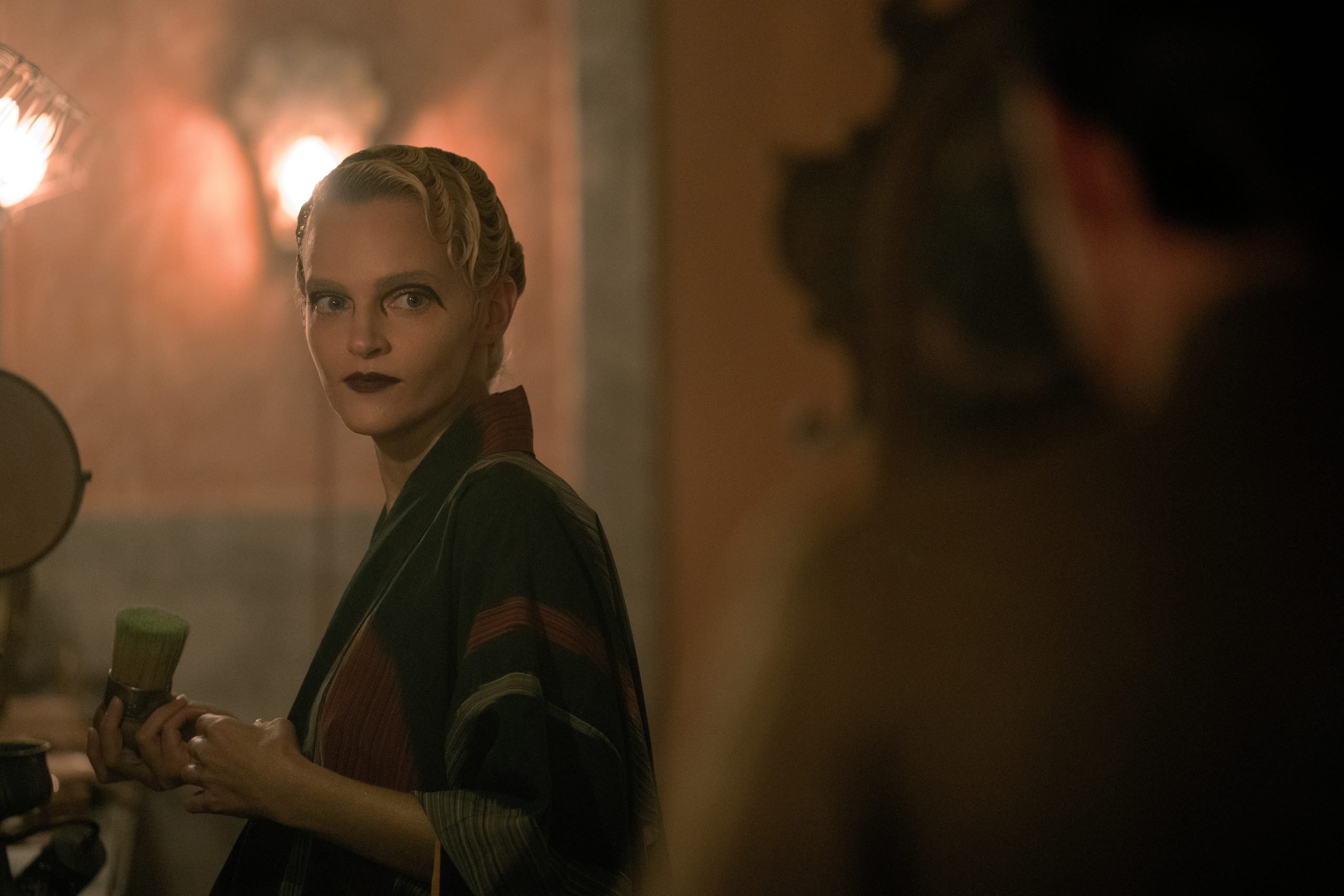 Harper comes to the house again where he had returned after the war with Leo. He enters the house and starts looking around with bewilderment. That’s when Kirby shoots him with a gun and tells him to get out of the house. Wounded Harper goes out as she tells him to, meets Leo, and then, starts speaking with him. At the time, he was wearing the army uniform just like Leo’s. However, within a moment it changes to a civilian outfit. He learns from Leo that he was never in the army. He realizes that his reality is altered to leave him away from the life where he entrapped others in his web of abuse. As a result of this situation (and as a result of him not being in control of the destinies of the women he tortured), none of the attacks take place, and all of his victims lead their lives the way they did.

At the end of the episode, we see Kirby meeting Dan in a bar (the same one where we see him drunk-dancing before). He does not have any idea who she is and yet she knows some specific details about him, which surprises him. During their conversation, she gets hold of his diary of notes (the one he uses for his work), scribbles her address, and then leaves the bar. This becomes a sweet farewell to their camaraderie and shares a hope of them stumbling upon one another yet again sometime in the future.

Through its finale, the season of Shining Girls ties its knots while focusing on the human conflict. While the series starts more like a mystery thriller about a pressing real-life issue with science fiction elements, the ending feels much more rooted in what it speaks about at the core. That elevates it to a whole other level with all of its sci-fi devices working as metaphorical expansions of the central idea. It presents a survivor at the center of the narrative who emerges as the one winning over her hideous abuser. It speaks volumes about how the fragile egos of men lead to anything and everything in their power to rise to the level of authority of others. The metaphor of all the victims being locked inside or needing to alter their reality is in itself a direct critique of how a survivor resorts to leading their life many times. The loser that we see through Harper’s character loses in the end.

Interceptor [2022] 'Netflix' Review: This ship Was Sunk Even Before it Set Sail