Home»Reviews»Take Back the Night [2022] Review: An effective #Metoo thriller with an infuriating monster
Reviews/VOD

Take Back the Night deals with an extremely sensitive and important subject matter: sexual assault. Like The Invisible Man, the abusive men here are unseen, yet the consequences remain indelible. Only, the abuser here is a black, stinking (hundreds of bees and insects surround ‘it’ everywhere) monster. However, Take Back The Night is not a rape-revenge drama, as its central character Jane (Emma Fitzpatrick) refuses to label herself as a victim. She launches an online campaign to hunt down the monster instead.

Directed by Gia Elliot, who also shares screenplay credits with star Emma Fitzpatrick, Take Back the Night begins confidently with Jane’s breakdown and alleged suicide attempt in a metro station that cuts straight to her first gallery exhibition. It does not tell us why but a growing sense of unease is effectively created. We are told that all her paintings are sold. We still believe it. Then, Jane gets a text message that her sister (Angela Gulner) would not be able to attend the party. Jane’s upset and carelessly croons herself to drink and drugs. She makes out with a stranger with consent. Later, while dropping a fellow stranger off, she is locked out in a creepy lane all by herself. Here she is brutally attacked by a shape-shifting monster.

Jane traces herself to a hospital, where her entire body has black, gruesome wounds- particularly around her tummy, where the monster allegedly tried to devour her flesh. The next thing we know, she is being asked by a detective (Jennifer Lafluer) to recount what had happened. When Jane tells her that the abuser was a monster, it is not taken seriously. Her sister arrives and gets rid of the detective. When Jane tells her sister as well, she again casts her doubts.

Related to Take Back the Night – Always Jane (2021) Prime Video Review: A Tale of Acceptance in a Heteronormative Space

Jane then takes to her Instagram to launch a live session recounting her account of the abuse and launches a campaign named #monstersarereal. Take Back The Night, which is also the name of a charitable organization working for sexual assault survivors, is not focused on the ‘why’ and ‘how’ of its narrative. Although we are told, mostly from Jane’s point of view (until the climax that ridiculously breaks that one-person standpoint) that she was attacked by a monster, it is not until midway through the narrative when we realize where Take Back The Night is headed. 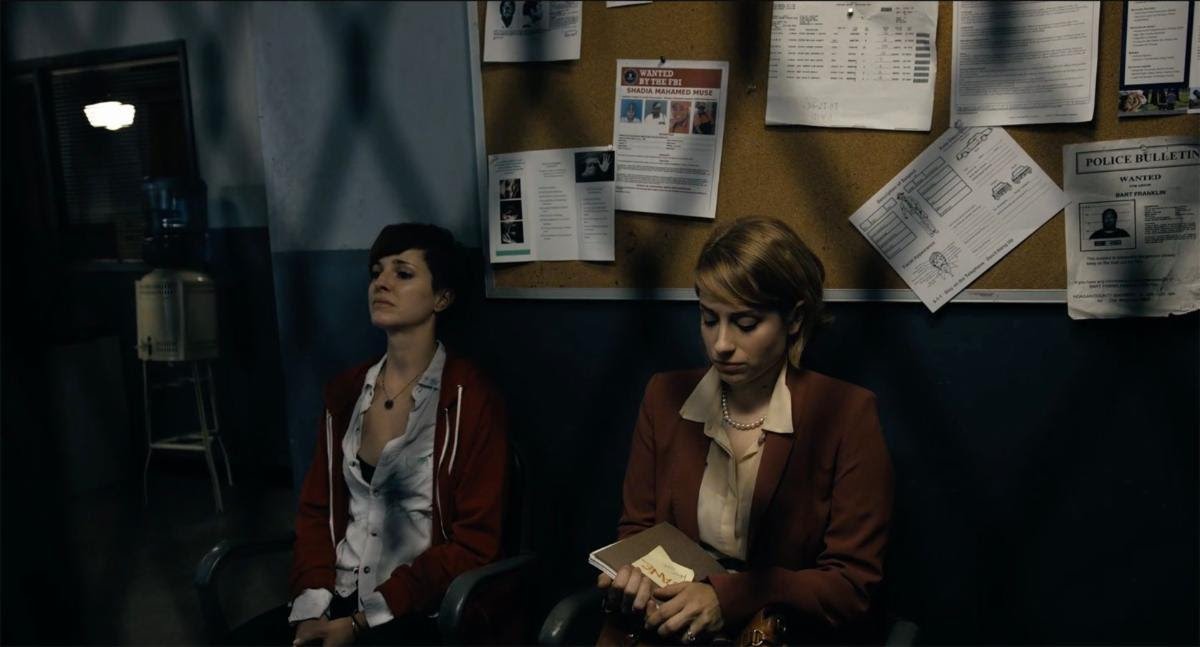 It is a tricky challenge to meet- to simultaneously overcome the visual cues and stand with the present realities that so many women like Jane have had to face. Jane has mental health issues, and it is also revealed that she was formerly charged for petty theft. She is constantly gaslighted of her own story, and in the same way, we, the viewers participate in that agonizing ordeal where a woman has to relive the trauma time and again in order to be believed.

An inspired choice in the film that backfires is the absence of men from the feature. Certainly, Elliot was intent on creating an account where women themselves turn a blind eye to their lot. Rather than enabling that conversation, Take Back the Night heavy-handedly goes back to revealing its monster by staging another attack at the very end. It does not reveal anything that absolves the abuser beneath its smelly physicality. Why then bring it again, if there’s a deliberate choice to look beyond it? Another choice of not naming any of the characters other than Jane also fails to make any point about universality here. Instead, Take Back the Night takes the predictable route of uprooting its protagonist’s troubled past as another trope that makes for a caricaturish interview scene. The online campaign could have been etched out more.

Also, Read – We Had it Coming [2021] Review – A bleak rape-revenge drama that presents a one-dimensional world

Fitzpatrick is effective in some scenes, adequately bemused in others- reflecting the same amount of disbelief as the viewers. The other characters- the sister, the detective, serve only as much as Jane wants then in her life. The visual effects are middling and should have been edited out –  mostly the ones that appear at the later half of the film. Why the bees and insects? Why was Jane’s abdomen being targetted by the monster? These questions are better not asked after Take Back the Night which serves well for intent but infuriates adequately through its execution.