Ryusuke Hamaguchi optimally leverages the audio-visual medium of cinema and spun it delicately in a mystifying narrative to look at modern romance and relationships. Born in 1978, his debut film Passion (2008) was well-received in Japan but Ryusuke Hamaguchi rose to prominence on the global stage with Happy Hour, a 317-minute feature film that premiered at the Locarno International Film Festival and went on to win major awards at numerous festivals worldwide. ‘Happy Hour’ observes the uneventful intersection of quotidian lives of four friends, caught up in a thankless routine that gradually takes a psychological toll on them.

His follow up work Asako I & II, which debuted at the 2018 Cannes Film Festival to universal acclaim, takes a mystic plunge into the romantic paradigm, trying to examine the innate quality of a person that makes them fall in love and out of it. In 2021, Wheel of Fortune and Fantasy premiered at the Berlin International Film Festival, where it won the Silver Bear Grand Jury Prize. His latest work, Drive My Car, premiered at Cannes in 2021 and was awarded Best Screenplay, the FIPRESCI International Critics’ Prize, and the Ecumenical Jury Prize. It has since been nominated for four Academy Awards, including Best Picture.

Here, Ryusuke Hamaguchi shares the best 10 films from the Criterion Collection and provides commentary on each film. Do note that the list was originally published on Criterion.

The Golden Coach / French Cancan / Elena and Her Men 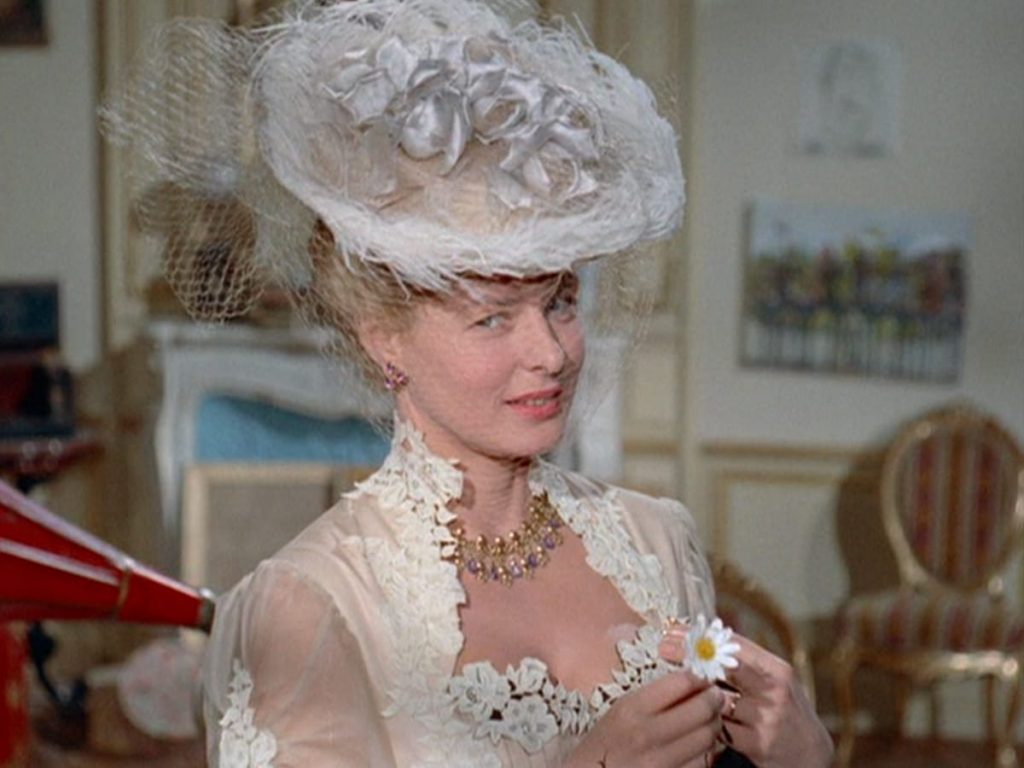 The characters in these late Renoir films feel so alive. The Golden Coach begins on a stage, so we immerse ourselves in the film as if we’re watching a play. It starts from the perspective of an audience, and the characters move and act in a way that makes perfect use of the space around them—then the film flips perspective halfway through! What we thought was the world of the film suddenly changes when the camera enters the world behind the scenes, and these different realities (and perceptions of reality) begin to merge. It’s often said that life is performance and vice versa, yet I’d never seen a film that perfectly epitomizes that idea until I saw The Golden Coach. There’s this part when Anna Magnani remains at the edge of the stage by the curtains. Here, she represents someone who exists on the border between life and theatre. I find that incredibly moving. 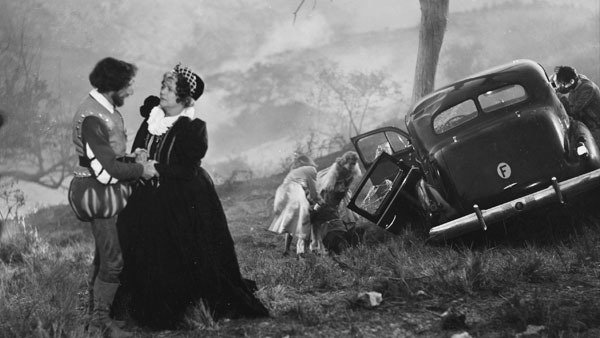 Jean Grémillon is not terribly well-known in Japan. When I was first introduced to his films, I remember thinking, wow, there’s yet another great filmmaker with the name Jean. All three of the films in the box set are terrific, but I’ll single out Lumiere d’été. There’s one scene when the two lovers are cheek-to-cheek and looking in the same direction, which conveys without any explanation that they are looking ahead toward the same future. Grémillon uses close-ups in such beautiful ways. Part of what makes them so interesting is that they force us to become aware of the space outside the frame. Grémillon excels at capturing this tension between the object of the camera’s focus and its surroundings and adding a psychological dimension to it. 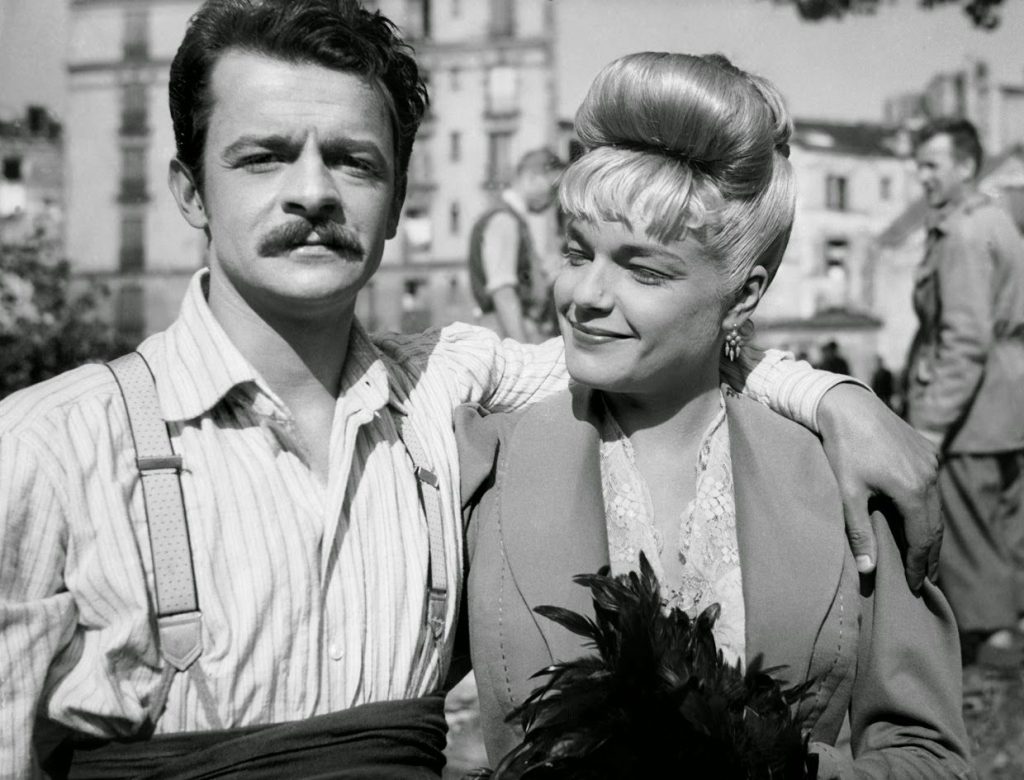 There are still quite a few Jacques Becker films that are unavailable in Japan, but I’ve loved all the ones I’ve been able to see—I had a hard time deciding between Le trou and Casque d’or. In Casque d’or, we see Simone Signoret’s character dancing with a man and looking unhappy before turning to the protagonist, played by Serge Reggiani. We immediately understand that they’re going to connect. I constantly think about this scene, which I find so rich and wonderful. It taught me that the act of turning is enough; there’s no need for cutting to communicate the story because the mere act of two people looking at each other is all you need to create something emotionally resonant. 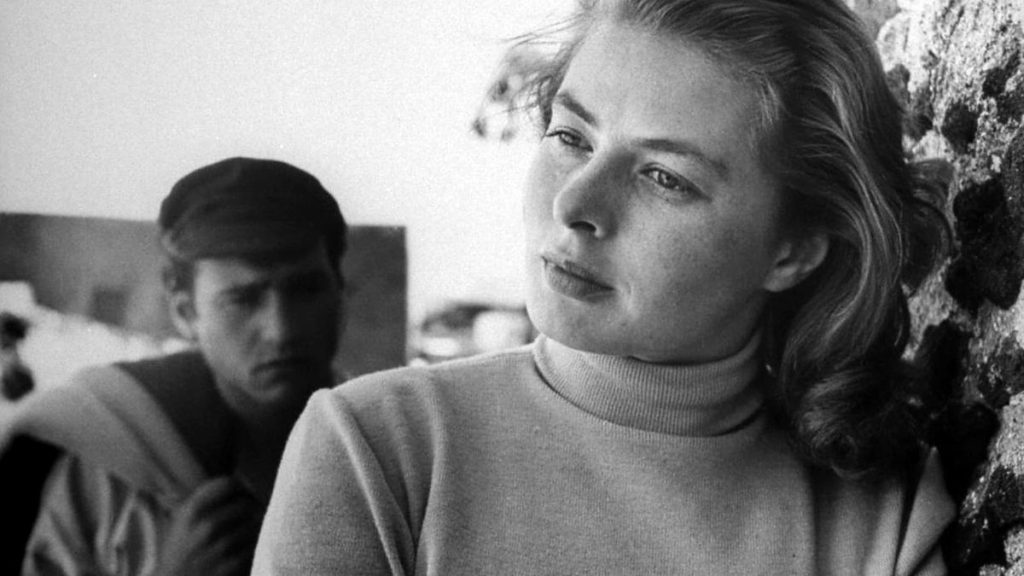 It was difficult for me to choose a single film by the directors I’ve already mentioned, but I found it really hard to pick a single Rossellini film. I’m a big fan of his history films, like The Age of the Medici and Cartesius, as well as his collaborations with Ingrid Bergman, like Journey to Italy. But I think Stromboli is particularly interesting because it was their first film together. Their partnership represents two conflicting realms that come together and form a perfect union. Theirs is a marriage between Hollywood, which is a world of pure fiction, and neorealism. I also admire Rossellini’s mise-en-scène and the way he directs movement within the frame. Every time I watch the tuna fishing scene in Stromboli, I’m blown away. I don’t think Bergman is on location, but Rossellini cuts to her and she’s splashed by water. The way that reality and fiction come together here is remarkable.

5. All That Heaven Allows 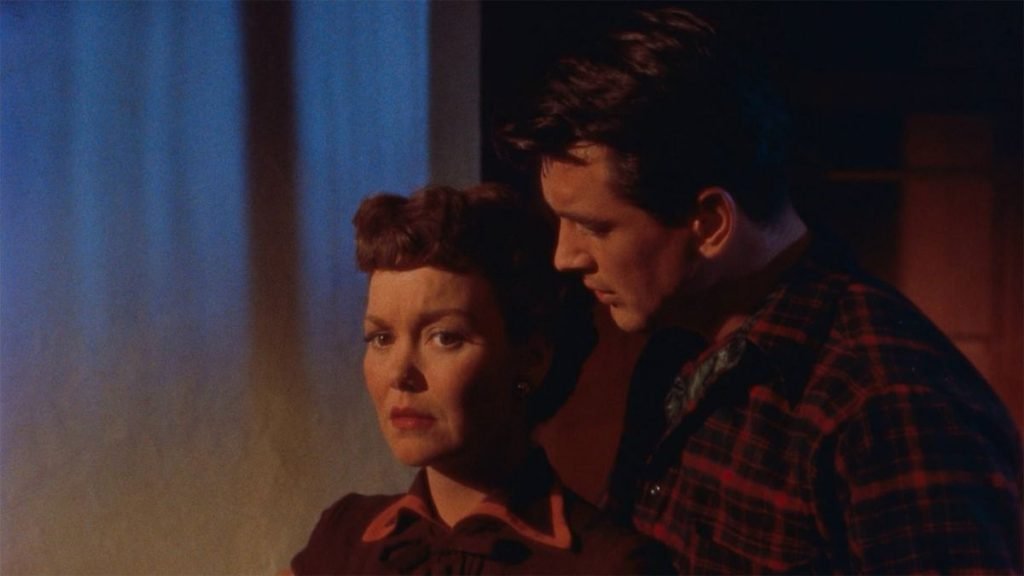 In Japan, Douglas Sirk films weren’t available until the mid-2000s. All That Heaven Allows was one of the first I was able to get my hands on. The work of the cinematographer, Russell Metty, is sublime. The way indoor spaces are flooded with warm colours while the outdoor ones are cool and blue creates this beautiful dynamic. In the first argument between Jane Wyman and Rock Hudson, they’re both standing near the fireplace and slowly move toward the window, beyond which there’s a snowstorm. This shift from a romantic colour palette to a much harsher one tells us about the difficult future that awaits them. Then, by the end of the film, the window is closed and the blue light is shut out, which suggests that the future beyond the film is actually a happy one. I’m inspired not only by Sirk’s films but by his interviews as well: in one conversation, he talks about why the protagonist of a film should be both loved and despised. The camera, for Sirk, is a kind of X-ray that perceives a character’s soul. That might sound cliché, but I feel that truly resonates with my filmmaking experiences.

Some or many of these films may not be available for streaming in your country, but I recommend you to use ExpressVPN to watch these films. ExpressVPN is fast, secure, and unblocks Amazon Prime Video, HBO Max, MUBI, Netflix, and pretty much any other streaming platform. We have got some exciting deals for you.

6. Women of the Night 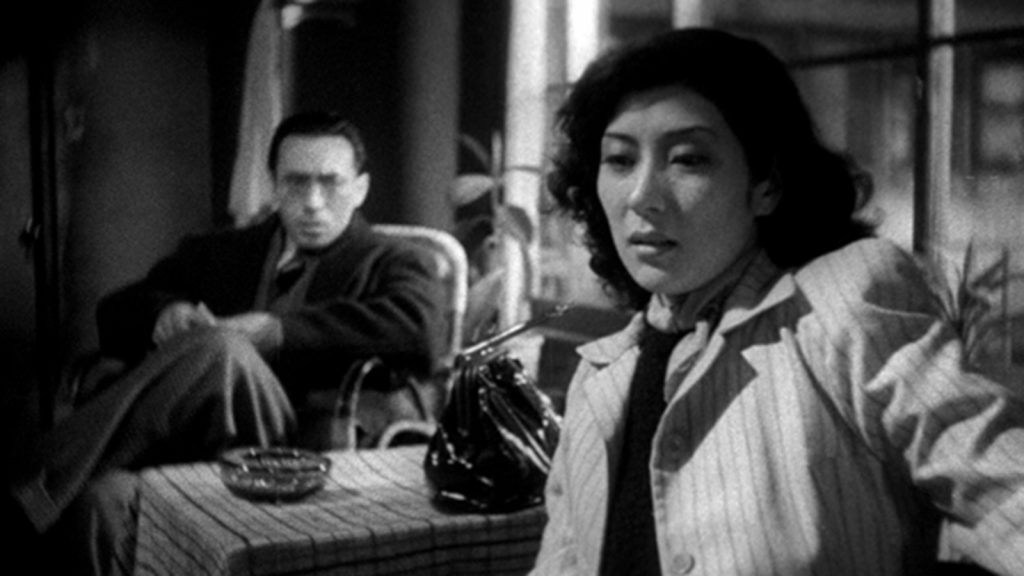 Mizoguchi made several masterpieces—The Story of the Last Chrysanthemums, for instance—so I wanted to single out one that is less well-known. There’s a shot in Women of the Night that exemplifies Mizoguchi’s directorial powers. The protagonist is an outsider who arrives in the city after the war, and she’s encouraged to join a brothel and sell her body to make a living. As the film unfolds, she is gradually stripped down. At one point, we see her face from the side, and there’s a nervous tension between her and the camera, which seems to be chasing her. Everything is taken away from this woman, and though she’s not quite a sex worker at this point, we see her succumbing to this world in that one shot. The film is part of a box set called Kenji Mizoguchi’s Fallen Women, and in this scene you see the nature of her fall. It’s an incredible moment, but it also makes me wonder what Mizoguchi was like as a person—probably scary. 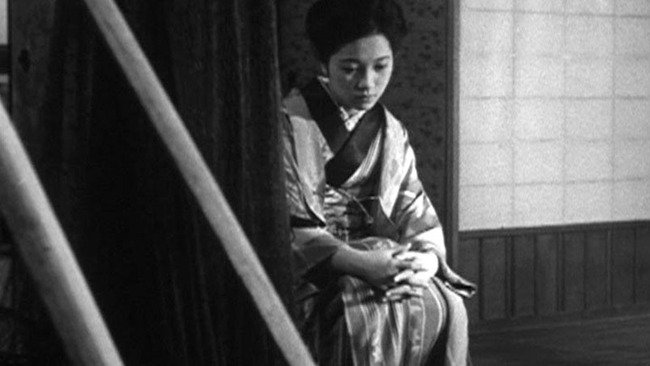 I want to point out that many of these films are not available in Japan on DVD or Blu-ray. If you want to watch one, you have to buy the Criterion edition! This set may have been my first Criterion purchase ever. People often say that the three most important Japanese directors are Mizoguchi, Akira Kurosawa, and Yasujiro Ozu, but I believe Naruse should take Kurosawa’s place. Unfortunately, Naruse’s numerous masterpieces—especially those from the ’50s and ’60s—haven’t been properly introduced to the world. However, I find his work from the ’30s more vibrant and dynamic than his later work. His scripts in these earlier films are also more explicit, with characters saying exactly what they feel. In the ’50s and ’60s, his style became more subdued. The camera moves less, and there’s the sense that intense emotions remain dormant yet quietly present. Watching his early films allows you to understand this progression, which I find intriguing. I have an urgent request that Criterion release more Naruse films!

Underworld, The Last Command, and The Docks of New York 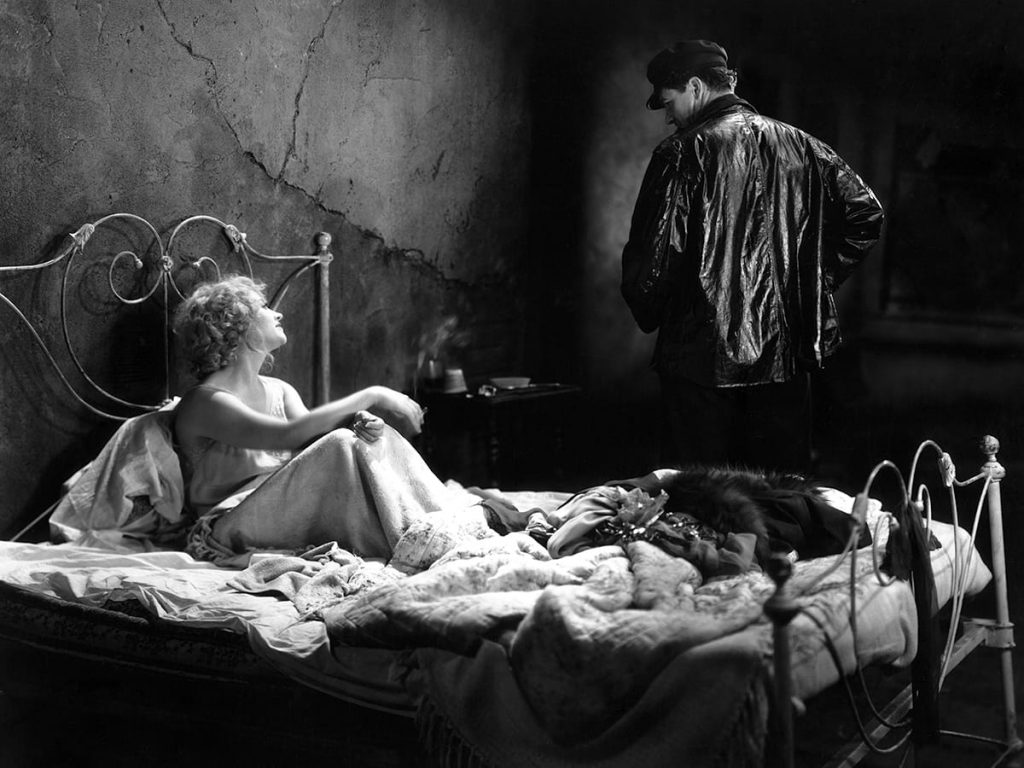 When I returned to Japan after spending a year in the U.S. from 2016 to 2017, I received this box set as a gift from Haden Guest, who is the director of the Harvard Film Archive. So I have a personal connection to these films. The lighting techniques in them are simply wonderful. People are lit from behind, which emphasizes their silhouettes, and the way smoke is captured is remarkable. In Underworld, George Bancroft is lit from the back as he tries to kill the person who hurt his lover—that image is indelible. 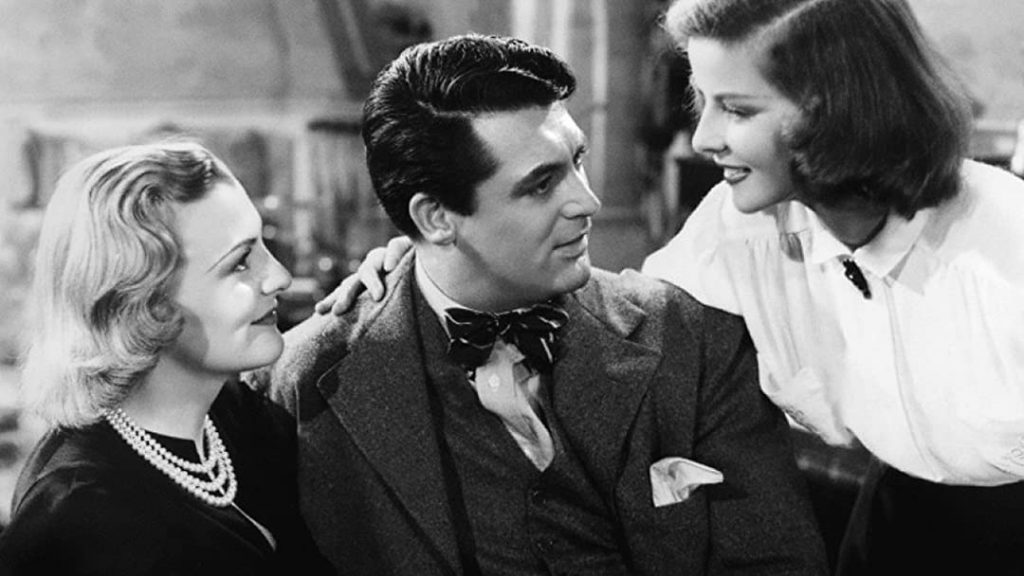 In contemporary cinema, we don’t often see people in a conversation captured in one long shot. Cukor does this beautifully and in such an unflashy way that you forget what you’re watching is one long take. The story is also a difficult one to tell: Cary Grant is supposed to marry Katharine Hepburn’s sister, but then he decides to marry Hepburn, which is harsh! How do you get the audience to side with Hepburn? The acrobatic ways in which Hepburn and Grant move their bodies are important. At one point, Hepburn is on Grant’s shoulders, and they do a kind of synchronized roll that makes you realize how perfect they are for one another. 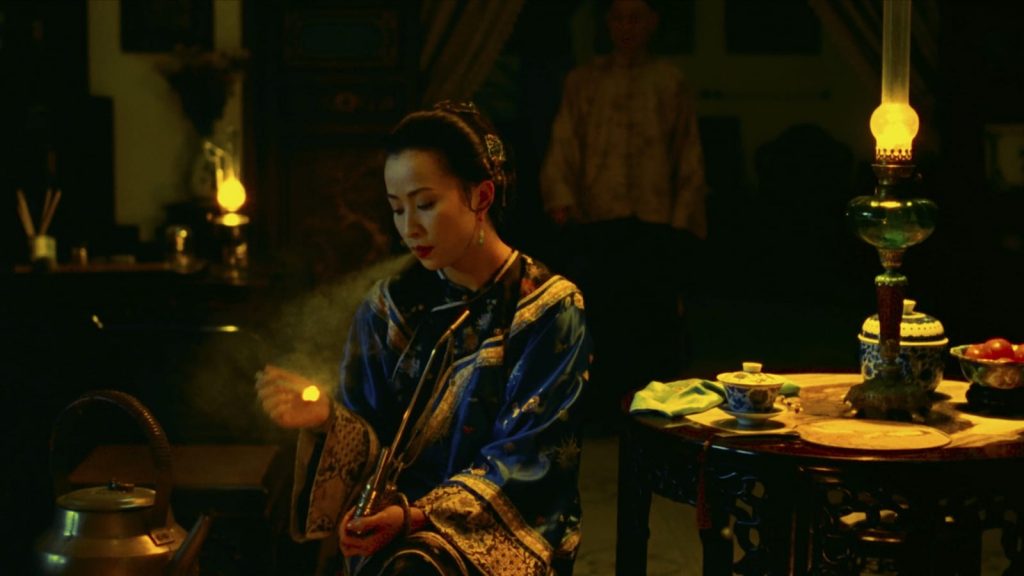 I considered placing Edward Yang’s A Brighter Summer Day in this slot, but not enough attention is given to Hou Hsiao-Hsien. I’m also thrilled about this particular release because the film benefits more than most from being seen in the highest resolution possible. Even though I’m a filmmaker myself, I find it difficult to figure out why the film works so well. There’s a part of me that doesn’t understand how a story that consists of people playing games and drinking could be so interesting. The key, I think, is the collaboration between Hou and the cinematographer, Mark Lee Ping-bin; they’ve worked together a number of times, but Flowers of Shanghai strikes the perfect balance between their sensibilities. The camera moves fluidly from one amazing composition to the next, creating a feeling of suspense as to what images will come next.

Some or many of these films may not be available for streaming in your country, but I recommend you to use ExpressVPN to watch these films. ExpressVPN is fast, secure, and unblocks Amazon Prime Video, HBO Max, MUBI, Netflix, and pretty much any other streaming platform. We have got some exciting deals for you.