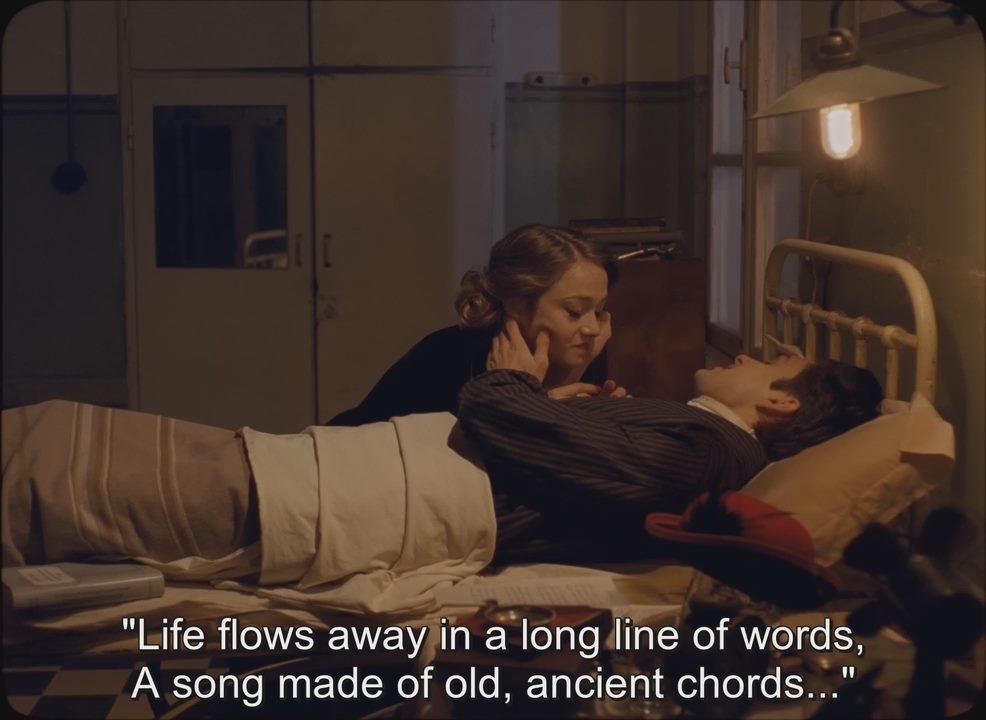 Adapted from an autobiographical novel based on Max Blecher, Radu Jude offers an almost impenetrable account of a 20-year-old, Emanuel (Lucian Teodor Rus), suffering from Pott’s disease, a form of tuberculosis that affects the spine. Radu Jude, who has established himself as a great writer and film-maker of Romanian New Wave cinema, has constructed a tragicomic,  intellectually furious drama of an accomplished poet. The beauty of the film is that as Emanuel’s condition get more worsened day by day, the rounded corners of the 1.33 frame goes static making it difficult to emotionally connect with the character. But regularly placed pieces of text shown gives the profound depth of ongoing emotional turmoil of rather fun injecting dialogue studded drama. You surely need an exposure to work of Max Blecher to comprehend all the historical & socio-political contexts.

If people could be equated to love songs, each one we fall in love with possesses a trait that makes our heart-strings strum with desire. There’s a subtle harshness to some of them, a dreary sound of melancholia in the other. Some of them make our toes tap in instant joy and some just wreck us from the inside. Terrence Malick’s ‘Song To Song’ is about love. Love, as that fleeting feeling which is so difficult to understand that we often misjudge which song echoes with our souls. The question then comes to this – If our life is a turntable and the lovers are all on the same music record, which one deserves the needle drop? Malick is constantly questioning the destructive side of love in the Song To Song. He is also asking us to give his working style a chance. He wants us to shed our skins and get ourselves in his subconscious that backtracks images as our thoughts run in different directions. At this point in my life, I am unable to hate on a Malick film. To me, he is a magician who throws me into a state that’s between my own conscience and his subconscious. 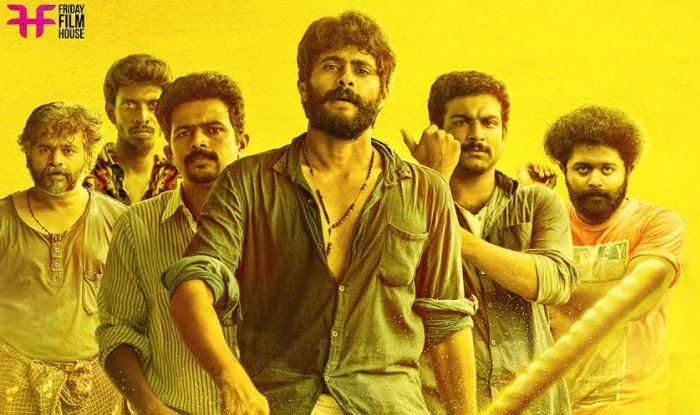 Audaciously discarding the traditional narrative style, the film feels like reading a graphic novel, with a kinetic urgency, stacked with an abundance of curious characters where every turn of the page embeds a pop culture reference of squashy living in the sordid underbelly of a small town, Angamaly.Every character has a story and every story is vibrant and arresting. For instance, a gay man, who is beaten in his cosmetics & perfume shop, rides on a bright red scooter to seek help from a local thug. And that local thug serves python’s skin to one of his friends which he stole from the school laboratory. Odd, yet believable and funny.

Angamaly Diaries is hot ‘n spicy, a delicious fast-food platter that retains the homely taste, cooked with such brilliance that every bite feels sumptuous. It quite smartly handles the emotional pathos of individuals put to test, amidst the rise of crime where uncertainty, love, and loyalty hang by a thread. 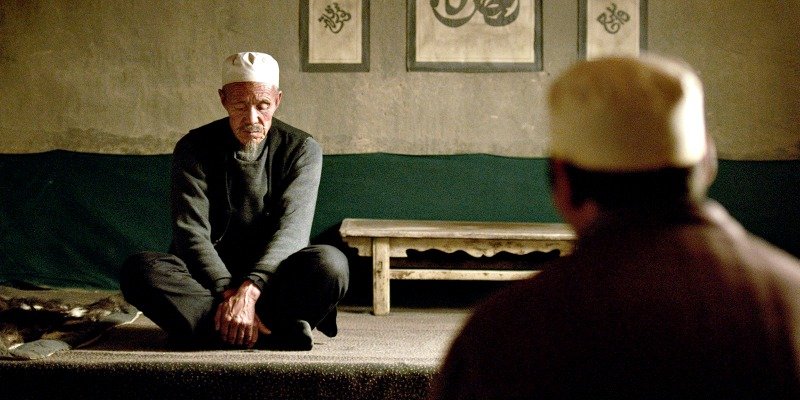 An allegory on loss and sacrifice paints the internalize agony of an Old farmer, effusing melancholic lament thickly layered by mundane activities; Knife in the Clear Water is a leisurely paced, heartbreaking tale that takes its sweet time to build an emotional crescendo that will hit even the most callous of a person.

Knife In The Clear Water (Qingshui li de daozi) unspools in the aspect ratio of 4:3 and somber, primitive lighting accompanied by the granular frame that sucks you inside its lyrical and minimalist drama unfolding fastidiously. The producer turned director – Wang Xuebo offers a rare glimpse into the Hui culture (a Chinese-speaking Muslim group) which has challenging environment to live as it experiences almost no rain all year around, and quite pragmatically explores the relationship and faith in their dire poverty. As Wang Xuebo commented, “This film is about the relationship between the people and their land.”

Knife in the Clear Water is an experience that rarely cinema offers. Devoid of all ho-hums, with no soundtrack or any background score, Ma Zishan’s staggering performance will leave a scar on your heart.

Let’s get this straight, Colossal is not a monster movie about a strange looking, tall Japanese monster-Kaiju. Your expectations would be derailed after the first appearance of Kaiju in the prolog. What starts off as a romantic comedy, half way through wanders in the latitude where you are genuinely confounded where the film is taking you but understand you’re in competent creative hands. It further delves into more complex shades of emotions using the string of subtextual metaphors weaved around profound reflection of oneself and its implication on the surrounding.

Colossal is about two deeply flawed, broken soul who, in spite of their conscious awareness of their shortcomings, they stand stubborn, one waters his narcissistic pride and while other has a trouble holding on to things in life.