Chilean filmmaker Maite Alberdi’s The Mole Agent (El Agente Topo, 2020) is nominated for ‘Best Documentary Feature Oscar. But I found it a bit hard to believe that this is a documentary. It’s largely due to the cinematic way it was staged, at least during the first third of the narrative. Moreover, there are quite a few self-reflexive jokes on the documentary medium that almost makes it look like a mockumentary. Maite Alberti’s immensely fascinating and moving The Mole Agent opens with a private investigator Romulo Aitken, placing an ad in the newspaper requesting the services of men in their 80s. The octogenarians who turn up at Romulo’s detective agency are curious why someone would want to hire men over 80. But the elder citizens who come up for the interview are happy to escape their boring routine.

One sweet old man is chosen among the applicants. He is the 83-year old widower Sergio Chamy. Sergio’s mission is to infiltrate San Francisco Nursing Home, situated outside the Chilean capital city, Santiago. Romulo’s client suspects that her elderly mother is being abused at the nursing home. Once after going undercover, Sergio has to locate the ‘target’ and discreetly provide daily reports, pertaining to the allegations. In order to do that, Romulo bestows upon Sergio spying gadgets – spy glasses and camera pen. It’s hilarious when the detective attempts to make Sergio a tech-savvy person; for instance, to use Smartphone and Whatsapp. 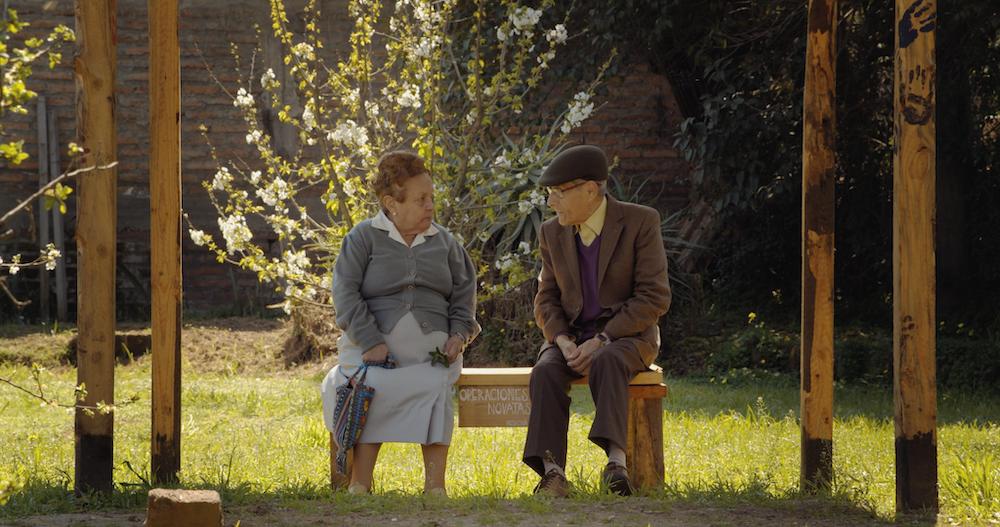 What initially hooks you to this premise is the inventive staging that alternately simulates James Bond-esque and Film Noir mood (Venetian blinds, OMG!). In fact, the mission is set up like a film noir narrative, and Sergio comes across as a mellowed-out, elderly Philip Marlowe. Add to this the self-referential humor as the predominantly female residents of San Francisco Nursing home openly express their suspicion on the documentary crew. They are silent and baffled when the boom mic hovers above the frame, listening in on them. While Romulo was recruiting his mole agent, director Maite Alberdi simultaneously sent her crew to the nursing home, assuring its director and staff that they are making a documentary about daily life in a care home. In the subsequent days and weeks, the elderly people ignored the cameras and continued with their routine lives.

Related to The Mole Agent: Honeyland [2019]: ‘Sundance’ Review – An Exceptional and Unembellished Tale of a Woman’s Connection with Nature

Once the conceit and deceptive tactics are made clear to us, Sergio Chamy is sent undercover to the nursing home. Since there is only a handful of men in the home, Sergio captures the attention of many female residents. They are happy to have a lucid old man among them. The gender makeup of the nursing home is intriguing since usually (or universally) widowers are confined to the homes. But most of the female clientele of the nursing home it seems are independent women who never married.

One woman offers her dessert to Sergio, few become his friends, which includes the poet Petita. An old virgin Berta loves Sergio and desires to marry him. It takes some time for Sergio to find his ‘target’ –Sophie. Once he zeroes-in on her, Sergio follows her around the home with his micro-phone to detect any signs of abuse.

Over time, Sergio even befriends Sophie. He gently tackles Marta, a kleptomaniac who believes that she is a child waiting for her mother to be picked up. Gradually, the deception and sarcasm drop off to pave the way to a poignant and contemplative account of old age. Sergio concludes the allegations of abuse are false and somberly opines that “Loneliness is the worst thing about this place.” They either suffer from a sense of abandonment, as is the case with Romulo’s client, or frustrated by the society that keeps them isolated. 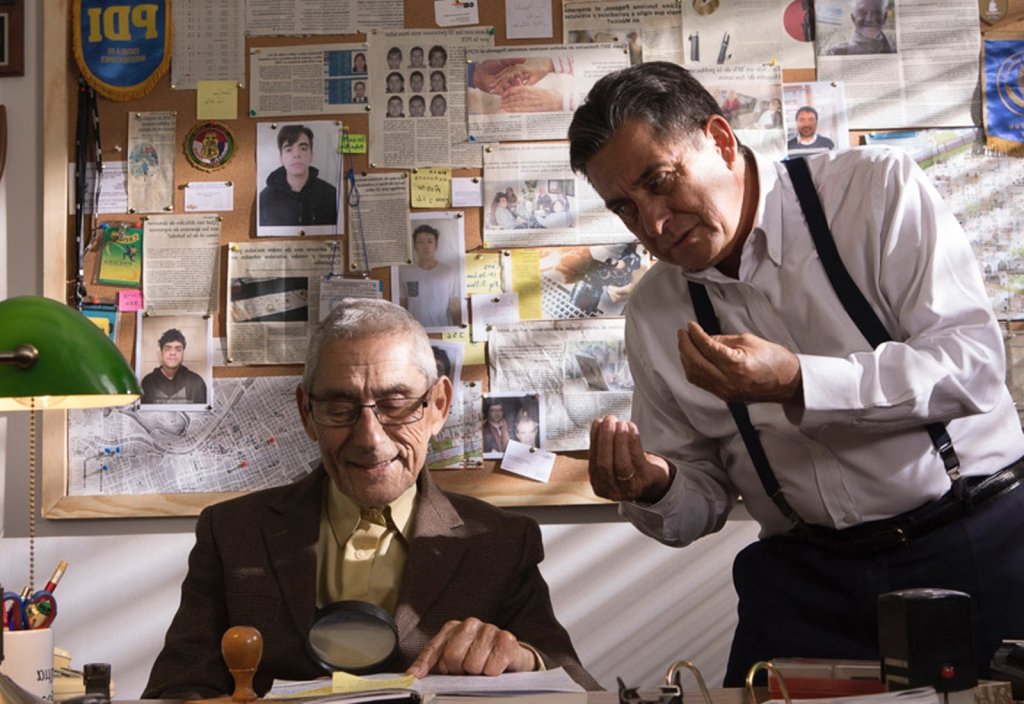 When Alberdi’s playfulness vaporizes, the tedium and suffering associated with old age come to the surface. As the narrative progresses, we see Sergio’s compassion unlocking deeper feelings within his circle of octogenarian lady friends. The reason for him being there – false pretenses – takes a backseat and he makes a real connection with these women. Some might raise ethical concerns for employing the documentary medium to purposefully reach an arc or a realization. But then that’s also a restrictive view of a documentary. What Alberdi reaches for is a hybrid of drama and documentary which captures the reality of old age that isn’t entirely grim. Moreover, Alberdi was less interested in the charge of malfeasance. The focus is not on gathering facts, but experiences. It is why Alberdi and her crew accumulated 300 hours of footage.

There’s humor, friendship, unbridled gossiping, and even heartbreak. Death always looms in the nursing home, but what weighs on them more than death is the solitariness. A gesture of kindness and little conversations – as shown by warm-hearted Sergio – offers a release. Particularly, when Sergio consoles a woman and says to her, “please cry, feel free to cry”, something within you melts too. But you won’t be able to stop laughing when petite Berta plays the ‘loves me, loves me not’ game while yearning for Sergio. Or you can’t stop admiring the same old lady for her dignified conduct after getting rebuffed. The depth of human emotions and human experiences revealed by Alberdi’s camera is so bewitching that Sergio’s conclusive report or indictment delivers a more important truth.

Overall, like any good work of art The Mole Agent (84 minutes) employs deception to make us realize the truth. It’s a concise and surprisingly meditative work on old age and isolation.