The Mosquito Coast (Season 2), Episode 3: With every new turn of events, the Apple TV+ series – Mosquito Coast is trying to change the tedious family dynamic with a set of surprising revelations. While some of their actions seem far-fetched to believe, it is the aspect of it being a family drama i.e, about a family trying to stay together – that made it until now, an emotionally rewarding experience. Besides the other performers, it is The Leftovers star – Justin Theroux, who sails the boat of interest in its narrative for the majority of its duration.

Episode 3: Talk About the Weather

The third episode titled ‘Talk About the Weather’ is directed by Metin Hüseyin. After getting over the hurdles with their ship, Allie (Justin Theroux) and his finally reach a shore where he was meaning to take them. The local person speaks French, which is why Margot (Melissa George) communicates with him. After walking through a village full of native villagers, they meet Isela (Natalia Cordova-Buckley), who invites them in with open arms. She mentions that all the villagers are like him, forced to leave everything behind to live there. She takes them to a wooden cottage to make themselves comfortable.

The next day, Margot starts getting acquainted with their new surrounding and understand the ways they work. While there is a language barrier since she cannot speak Spanish, she still attempts to communicate in one way or the other. Dina (Logan Polish) is given a task to milk a goat and she hates doing it. Afterward, she meets Charlie (Gabriel Bateman), who wanders around in this rainforest and marvels at swarming migrated butterflies. While walking back, they bump into Isela, who advises them to stay within certain limits within their territory since others should not know about their presence.

Back at home, Margot tries to make them feel at home in this new cottage. From having showers to preparing meals, she tries to show them the good side of living in this natural habitat. While comparing it with their old house, he still misses some of the old habits from the city. When they sit for breakfast speaking about a generator, Isela joins them and sees if they have become comfortable in the rainforest. She then narrates the stories of different people living in the community.

A woman named Silvia (Claudia Pineda) had come there after her war against the corporations trying to use their land for growing avocados – since it is a growing industry. Another member had struggles with her family. She tries to make the children believe in the purpose of their mission; the way Allie always does. Later, in her tent, she has a conversation with someone, who reveals a person named William Lee is still looking for the Fox family. He is dangerous and motivated to find these people. She understands that it puts her community in danger. However, she is willing to take the risk for the time being.

Meanwhile, Charlie tries to mingle with the local boys by playing football (soccer for Americans), even when he cannot play the sport. He seems to be getting along with the local boys pretty well and plays football much better than he expects from himself. At home, Allie and Dina bond over a solar-based engine that he is building. She then brings up the subject of her passport since he had promised to get her one, by that time. However, he says that it will take longer than they both expected it to take. He asks whether she has any plan with it and she mentions it being getting back and getting a job for survival. Later, Dina meets a charming local boy named Alfredo and then speaks with Ridley, who is Allie’s friend.

She looks at the oil cartons brought by him for Allie. Since she has no idea what it is for, she cannot answer him about its purpose either. He comes up to this old friend again to get hold of a bunch of books as if he is building a library. Ridley then asks if Dina has any knowledge of the antics he pulled back in Mexico. He does not answer anything at the moment. 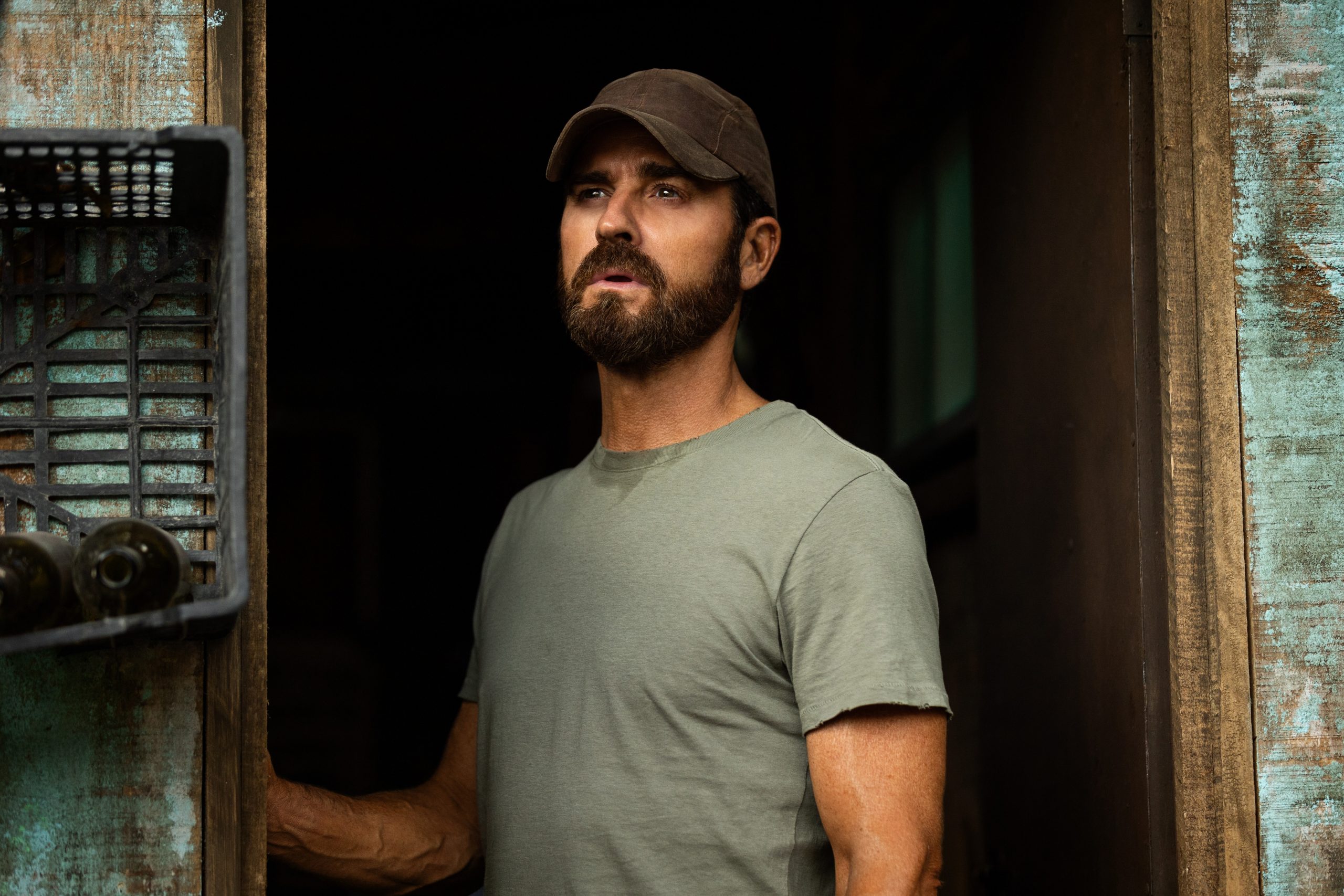 While Dina bonds with Alfredo, she gets some pills that are hard to find. Since it can lead to addiction, he asks for its purpose. However, instead of answering it straight and clearly, she gets into a casual conversation about addiction in general. While leaving, he informs her that he is coming tomorrow to take her dad’s boat. He mentions a deal Ridley cut with Isela and she learns Isela selling it without the family’s knowledge.

On the football ground, Charlie gets aggressive and starts repeatedly hitting one of the kids on his legs. It is probably because of his unresolved trauma about murdering someone, and the anger that he has not constructively worked upon. Back at their new place, Charlie and Allie bond over working Allie’s machine.

While leaving with fish from his boat, Margot covertly adds some fuel to the boat. Charlie finds her over there and takes her back to their place. Over there, he surprises her with a typewriter, that she can use for her work. While he cannot get a laptop or internet, he feels it is the least he could do for her. He also brings the books he brought from Ridley, including Ulysses by James Joyce. While she is having second thoughts about being committed to him and their mission, he is trying to make her comfortable in the new territory.

A man (probably William Lee about whom Isela learned before) looks around for Allie and his family, even threatening the locals to find him at times. Meanwhile, Dina informs Margot about the family trying to sail the boat. She senses their plan is in jeopardy as a result of that. Dina enforces the importance of therapy for Charlie for his trauma. They plan to still hatch out a way to get out so that the kids can have a life. When Isela tells Allie that she has sold his troller for money. He goes to get anything that he needs from this boat.

What happens to Allie’s boat?

Upon reaching the boat, Allie discovers a fuel cap and deduces that the vessel has been filled up by Margot without his being aware of it. He returns to their place when Margot and Dina have probably decided to poison him with the pills she acquired before from Alfredo. Being aware of Margot’s probable plan to escape (which she had been hinting at for a while), Allie hatches out a plan on his own.

Allie takes them outside to show them his trawler, now slowly sinking in the water. He mentions his knowledge of Isela’s plan to sell it. This makes it impossible for Margot to leave him or this place with the kids. Sinking the boat is his way of gaining control over the situation and not letting either Margot or Isela does things against his will. As a result, from being a series of just a family on the run, it now gets to the heart of the matter – three people kidnapped by this egotistic man, trying to escape for a better life.

Where to watch The Mosquito Coast

Slumberland (2022) 'Netflix' Movie: Ending, Explained - What is the real identity of Flip, and does Nemo's wish come true?