The Resort (Season 1), Episode 6 Recap & Ending Explained: The new episode of Peacock’s The Resort answers a few questions that have been building in our heads for a while. However, the episode also feels like a sort of filler; a mere distraction from the central premise and a way to let the mystery simmer a little more.

That doesn’t mean the creators are not aware of this distraction. In fact, the entire episode is a sort of dig at viewers and analyzers; their many qualms and critical reasoning about how a story should proceed. In doing so, they are trying to make an unevenly explored case for storytellers and the reason why we connect and disconnect with them.

The latest episode opens with an elaborate flashback to Baltasar’s past. The prologue shows the little kid having a back-and-forth correspondence with fiction writer Ilan Ibarra. Since we’ve come to realize that Baltasar is a feisty one; quite particular about how things are and how they can be, this flashback helps establish more of that.

His letters to the author are about telling him how his stories are like incomplete puzzles without any resolution. The replies are mostly about how the Frias’ are a species of good-for-nothing people. This correspondence ends when Baltasar’s mother discovers one of Mr. Ibarra’s letters and sends him to exile.

Back in the present, Emma has lost a bit of enthusiasm for unraveling this mystery because it is not her mystery anymore. Since more people including Noah, Luna, and Baltasar are now key to this case’s standpoint, we see her losing focus.

Anyway, Noah and Baltasar decide to pursue the only clue that Violet’s phone (the phone they discovered in the previous episode) with Alex’s recording has. They think that since Sam and Violet went to Ibarra’s house, they might find the next, missing piece about ‘Pasaje’ there. However, getting to Ibarra would be difficult since he has no address of correspondence over the internet.

This is where the prologue comes to play and Baltasar says that they need to go to his house in order to get the address. So the trio (minus Luna who checks out due to family responsibility and lack of interest in barking up the wrong trees), decides to go to the Frias’ estate in Izamal. On the way there, Baltasar confronts Noah about his loss and tells him that his memories are important.

When they reach the estate, Baltasar tells Noah and Emma to stay in the car while he goes inside his house to get the address. However, he gets into a fight with his brother and they are forced to flee in his brother’s car – which Noah drives off skillful.

They finally drive through and reach Ilan Ibarra’s house, but they are met with his daughter instead. The solitary house starts feeling like a dead end when his daughter tells them that they can’t meet her father. Still, Baltasar and Noah wait as Emma strands off and gets a sneak of Ibarra bedridden with his daughter taking care of him.

Impulsively, Emma trespasses into the house as all of them are startled at the sound of Ibarra (Luis Guzmán) confused and distressed. When they all settle in, the angry daughter tells them to ask whatever they are there for and get out. 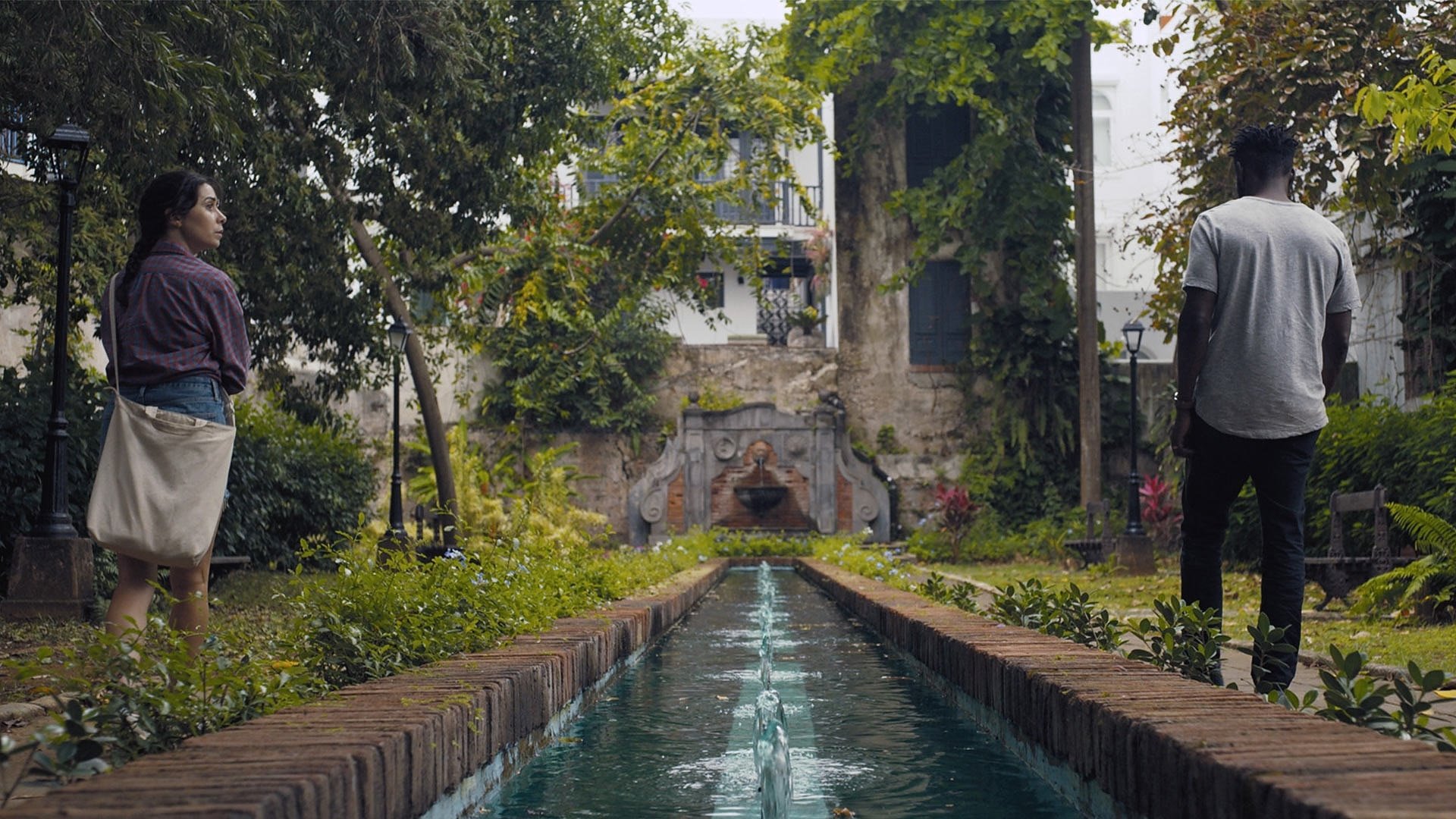 The story shifts back 15 years when Violet and Sam come to Ibarra’s doorstep as he is trying to fix a clog in his kitchen sink. The two of them help him with the clog and then ask him about ‘Pasaje.’ Violet wants to know about it because it was the last thing her mother read and really cherished noting down.

Ibarra is again left angry when he finds little notes and corrections done by Violet’s mother to his story. Violet says that her mother thought that Ibarra hid the location of Pasaje inside the book and that she wants to know where it is, because it might be a shot at finding her mother in some form. She also tells him that she has figured everything else out but is just stuck at one piece of information and that is the meaning of ‘Hunch Fo Club Seeth.’

So Ibarra tells them that those words don’t make sense because they are transcribed in a language that he created so that no one could find the entrance. He tells them that the book’s hero is actually his friend Alejandro who never got out of Pasaje even though he did. He also tells them that going to Pasaje is futile because he wrote the book as a warning and not some kind of map that invites the readers to find it.

In the present timeline, Ibarra tells the trio that he himself dropped Violet and Sam at the entrance of the jungle since he thought the hurricane wasn’t going to be a problem as said by reports. So, Emma insists that he translates the phrase ‘Hunch Fo Club Seeth’ for them too, and help them find Pasaje.

So, Ibarra sits down to translate the phrase for them. He is quite adamant and supremely arrogant about his work, which is used as a direct reference to how often creators are so involved in their own mysteries that they sometimes become blinded by their ambition. Leading their creative process to some kind of flux.

This is when Ibarra’s pen stops working and Baltasar hands him over his own Frias inscribed pen. Ibarra realizes that it is Baltasar, and gets physical with him, stabbing the pen into his hand. However, when the two of them get into a fight, Ibarra, who was already in an ailing condition, dies, leaving a part of the translation incomplete.

Having reached a dead end again, the trio returns back to the resort dejected; almost giving up on finding the truth. Noah thinks that Ibarra is a liar and maybe he never took Sam and Violet to the jungle, assuming they got caught up in the hurricane and died. However, Emma seems to have gotten back her interest in the mystery again and she wants to go look for ‘Pasaje’ nonetheless.

So, she goes back to her hotel room, searching for the two word clue that Ibarra was able to provide before he died. The two words are literally ‘Park’ and ‘of’ so she ticks off certain places on the map that partake of it (this marking is almost similar to what Violet has done after using the clues from Ibarra’s story), only Emma is able to somehow narrow down the entrance to Pasaje.

Parallelly, we see Ibarra driving Sam and Violet to a place in the jungle which he thinks is the entrance to Pasaje. The episode ends as the two of them enter a sort of invisible door into the jungle.

Will Emma find out this said entrance too? Let’s wait to find that out in Episode 7 of The Resort.