“The Zim” attempts to explore a conflict that is theoretically shallow and easy to resolve but challenging on the practical ground due to the contemporary structure of society, which is an aqueous amalgamation of nationalist identity rather than an integration of segregated lives. Consequently, it can be a voice of humanity and a crypto-racial apology at the same time.

The short is set in the backdrop of the Fast-Track Land Reform Program, implemented by Robert Mugabe in a radical manner to seize farms owned by the white minority, descendants of imperialists, and redistribute the same to black natives. Ideologically, I support such a measure considering the roots of economic inequality in every post-colonial society are found in the colonial rule in which Europeans managed to cruelly steal and hoard resources for personal gain. Hence, when the film pitches a white Zimbabwean who is reluctant to leave the land stolen by his ancestors for he cannot comfortably accept to be held complicit for the crimes of the ghosts, you do not reward him with your support. His approach of equality to his black friend William and his wife, the descendants of who once were his ancestors’ slave, comes out as a sugared privilege ignorance. But only if all this was easy to support or reject.

Similar to The Zim – The Wind [2019] Review: A Menacing Portrait of Isolation

When the film unfolds in a stubbornly neutral way, you encounter the notion that it can be possible for a white to identify himself as an African, having born and lived in the land. And if the person identifies himself as a native, he cannot quite allow his land to be taken away from him, even if it was once stolen from the people of the region by outsiders. Considering my own heritage, I am inclined to support land distribution. 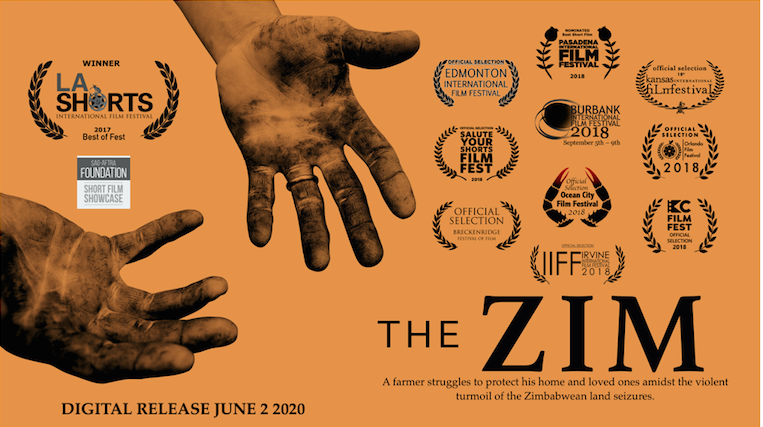 In India, only a small minority of Britishers stayed after independence, extremely inadequate to challenge the cultural demographics of the land and amount to a macroscopic income inequality based on race. But on the other hand, the nation’s infamous and cruel caste system allowed land holdings to be concentrated in the hands of Savarnas, the upper castes. The land reform that followed Indian independence targeted the abolishment of the zamindari system and redistribution of land to the landless laborers, the majority of which were the population considered the lower caste.

Had Savarnas argued that they cannot be coerced to pay for the crimes of their ancestors, the income and caste inequality would have flourished into something anti-humanity today, beyond imagination. Economic prosperity can be achieved only when resources are distributed with equity. Morally, the land reform was correct. But on political grounds, Mugabe’s act was so poorly and violently implemented that it led to unanticipated harm to the nation for all years to come, damaging all sections of society.

This is a major conflict that arises from watching this short. On moral ground, you choose one side. But when accounting for the socio-political factors, you are bound to take an otherwise outlook. Historically, the land reform act was a boiling pot of human rights violations. On multiple occasions, the native paramilitary forces killed white farm owners for the occupation, along with their black companions. White farms provided employment to 30% of the workforce and supplied a 40% volume of total exports.

All black workers of such farms, nearly seven million, were excluded from the redistribution. The natives who received the land failed to revive the crop damage which had happened due to forceful seizures, leading to an unprecedented decline in the country’s agricultural output, which nearly destroyed the economy beyond revival. White landowners were not provided any compensation. Executive failures and violent military engagement brought the wrath of the global community on Mugabe’s government via multiple sanctions.

Now comes a standstill. On papers, you call for the reform. In reality, the reform harmed people, individually and collectively. The conflict is more external than internal. While Alexander Bedria is more concerned with the philosophical crisis of whether the present can be held liable for the past, the overreaching sentimentality of the narrative doesn’t allow the intended conflict to disturb the audience much. Disturbance comes through external sources, once the socio-political history of the given environment is learned. If you embrace the director’s idea, you find yourself morally challenged that works as a push for research. If a film does that, it can be called its merit. But at the same time, the apologetic tone is jarring, which works as a major demerit.

Even though Alexander Bedria’s short “The Zim” is well researched, the lack of native gaze gets exposed here and there. The score, nevertheless, deserves a special mention and so does the cinematography, which makes the film well-crafted.