Much has been known and much has been said about Saadat Hasan Manto and his life. Confining his literature to an obsessive account of prostitution and poverty has been the idea along which people have shaped their opinions about him. People are used to spoon-feeding observations, collections, and narrative as opposed to the general belief of being opinionated. It is the case with everybody. Because we are privy to such leisure at our disposal that we have stopped observing our surroundings mindlessly soaking all the information that comes our way. Trying to form an informed opinion requires a candidness of thought that is free of personal as well as societal biases.

Manto and his works were a figment of his imagination that stemmed from his observance of societal interactions. He wasn’t afraid of upsetting an audience and neither was he bound by one. He just wrote. He always had a resonance with each of the characters that he created. Be it, Sultana, from Kali Salwar, M’ahammed Bhai from M’ahammed Bhai, or Sugandhi from Hatak. These characters were portrayed with a certain finesse and passion by Fareeda Mehta in her directorial debut “Kali Salwar.”

Released in 2002, Kali Salwar is an adaptation of Manto’s short story. It is a poetic coalescence of the lives of three different people in the city of dreams; Bombay.

Much like Ray’s gaze of “Charulata” when the film opens with her staring out of the window at the passerby’s, Sultana is seen gazing out of the window with ambient noises in the foreground. This is the life of Local Bombay. The same railway lines that had brought her to this city from Muzaffarnagar with her companion Khudabaksh. Like the thousands of people that come to the city in the hopes of leading better lives, they had too. Only she never wanted a better life. She was perfectly content with her life in Muzaffarnagar and a couple of months in the city and barely any passengers (like she called her customers) had frequented her. With nothing to do and nowhere to go, she wallows in her sadness wandering the alleys of the city. It is not her profession that distresses her but her poverty. 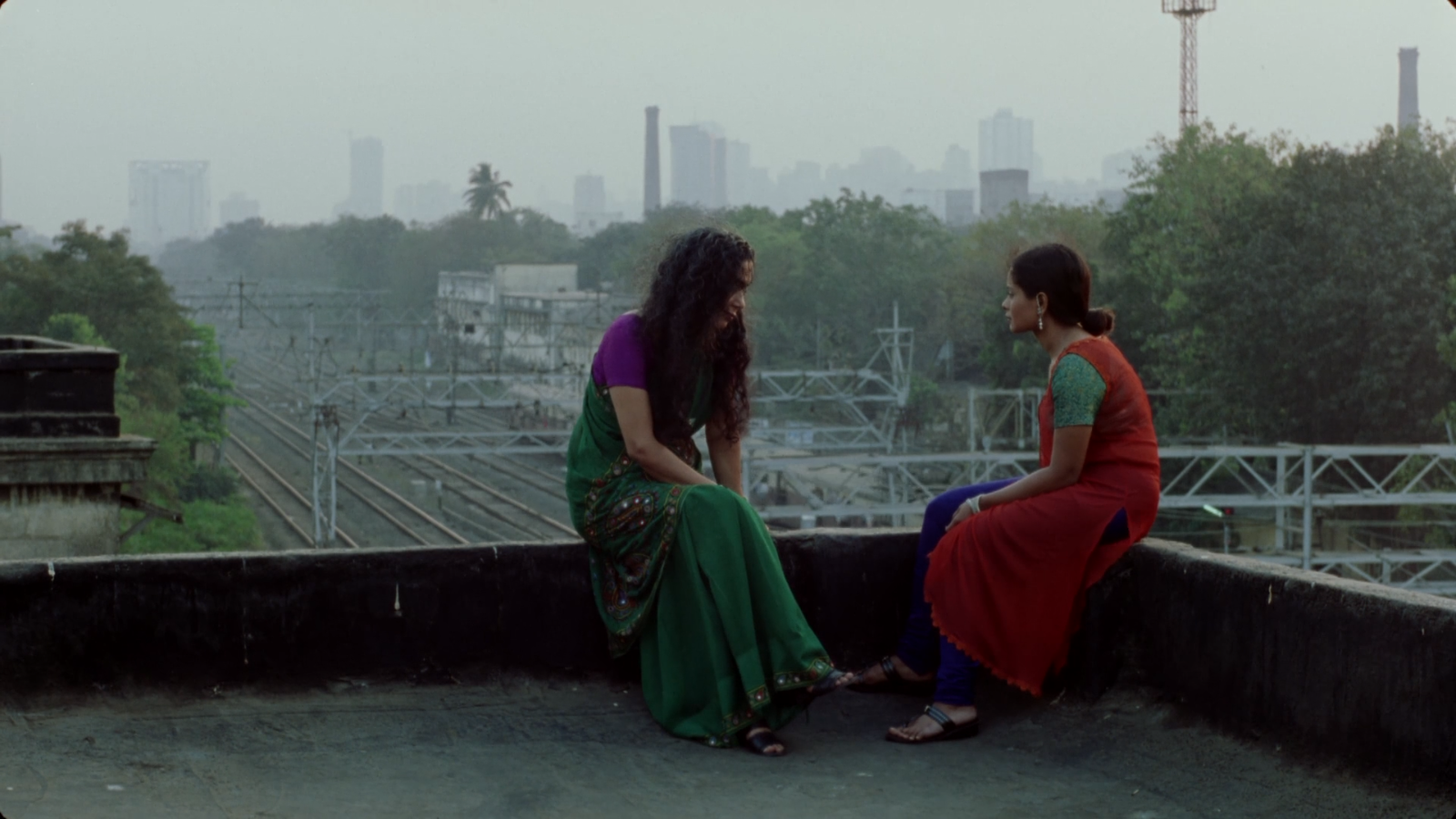 This is more than just a glimpse into the life of a sex worker. It is multifaceted. We see an aspect of the underground culture of the city when M’ahammed Bhai comes to screen. He is a don who is known as much for his wrath as he is for generosity for the poor. He doesn’t have the demeanor or build that people would expect from a person from the mafia, rather, it is the imposing mustache he is known for. Though, as we approach the end, he is found accused of murder and the same mustache that was symbolic of his personality, once his pride, now posed as the only thing that would speak against his favor in court. Here, Manto himself advises him to shave it off for “In these times, appearances are more real than reality.”

Whether it was M’ahammed Bhai from M’ahammed Bhai, Sugandhi from Hatak, or Gopinath from Bapu Gopinath, Mehta tied and unified the stories of the characters in a perfect rendition of life in a metro. What I can’t seem to forget is the use of colors throughout. It is especially noticeable when sultana dominates the frame. Her moods are expressed through the colors of her garments. Along with that, the grim and dull colors of the settings against the colorful personalities of the characters supported by their apparel provides a strikingly beautiful contrast.

Talking about the technical aspects of the film, the approach was neither purely voyeuristic nor entirely speculative. It allowed the viewer in on the most intimate parts of their lives while maintaining as much distance as is needed to not undermine the actual problem to the background by foregrounding the emotions too much. This particular shot in the prelude is a great example of the eye for good composition that director Mehta has. It appears as though we are watching an edited version of a split-screen of two actions happening at the same time. 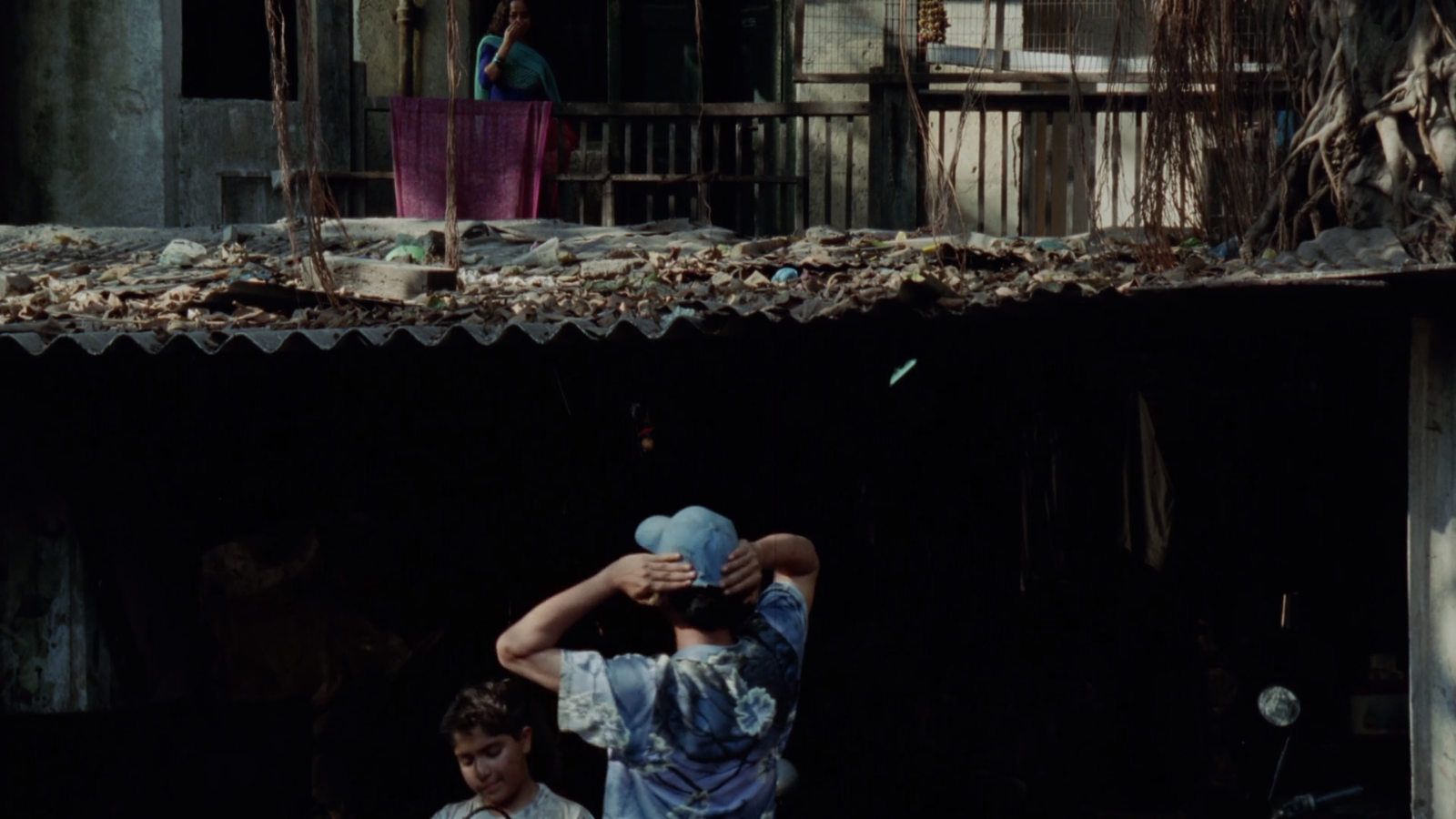 Moving on, Anwari, Sultana’s first friend in Bombay gives her a metaphorical tour of the whole city. Pointing out the landmarks to be remembered especially while traveling, as well as the idiosyncrasies of the cityscape. In a scene where Sultana laments about her regretful decision of migrating here, she is chastised for the expectations that she had. Anwari’s recital of the quintessential lines,

Translated to: This city lives off us, but belongs to no one. But if you have the courage to gaze into a stranger’s eyes, you can fall in love at every step. It’s the only way to deal with lonliness.”

An epitome of Bombay Noir. Coupled with the eerily vibrant qawwalis by Wajahat Khan and Ved Nair’s music, the whole film is brought to a soulful level. Continuing on the same path from a different tangent, the role of religion in contemporary India is evident. It was beyond a doubt that Manto had a knack for being shamelessly honest about societal disparities whether in caste, religion, or tradition. So when we see Mukhtar’s preference (or helplessness) on being known as Meerabai, the peculiarity is once again brought to light. With that, the names of the characters serve as a cruel oxymoron with respect to the characters’ lives.

Manto, as a character himself in the film, catches Sultana on the stairs of her chawl. Her adaah and mischief is what appeals to him and the internal monologue proves it when we hear his thoughts “What a queen! I name thee ‘Sultana’.” We see him interacting with characters that he pens and that is but, of course, a beautiful anecdote of the way that they’ve shaped Manto’s version of reality.

Also, Read – How the 1978 existential drama ‘Arvind Desai Ki Ajeeb Dastaan’ examines the struggle to understand the meaning of life

Shankar, on the other hand, is played by Irrfan Khan who adapts the characters with effortlessness and fervor, almost like a second skin. Shankar is a man who doesn’t pay his prostitutes but nonetheless provides them with what they are starved of; attention and intimacy. Juggling between Mukhtar and Sultana, he enjoys both of them while giving them what they want; Sultana, a kali salwar that she’d wished for, and Mukhtara pair of earrings that Sultana just so happened to have. Shankar is also an avatar of Lord Shiva in the Hindu religion. A reproducer of all things that Shiva destroys. Here, though, Shankar neither reproduces anything nor is as pious as his namesake. 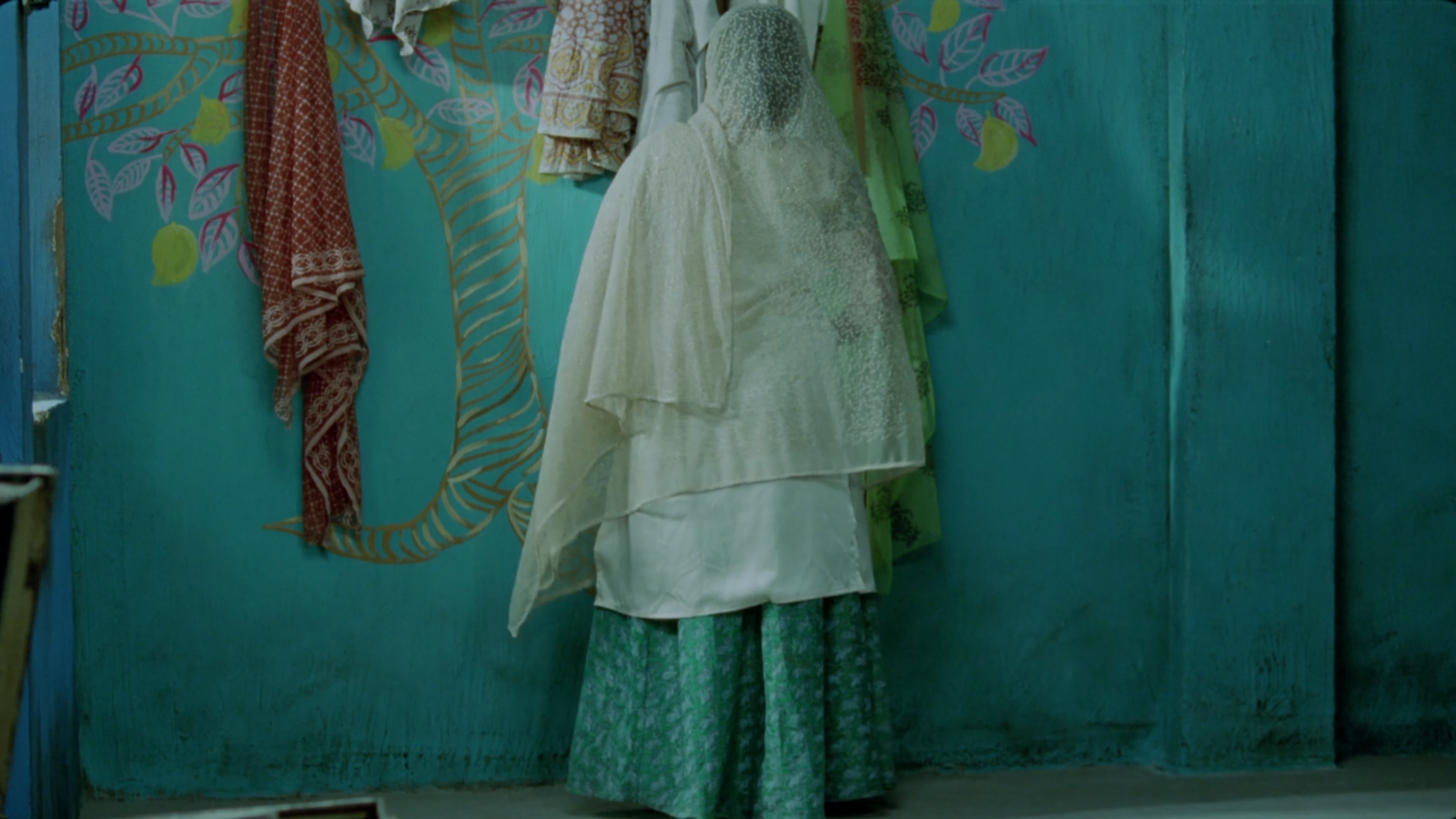 The mention of the kali salwar comes much later into the film. Much like the original story, it comes when Sultana, stripped of all good things in life desires for that lone speck of redemption; a black garment to complete her black dress for the mourning festival of Moharram. It slowly becomes the core subject of the film and around which her life revolves. Essentially becoming an objectification of her life.

This flair of equating the objectification of a human being to a personification of an object can be done only by the man himself; Manto. So to showcase this paragon justly and marvelously Fareeda Mehta steps in. I could go on writing about it for pages and still wouldn’t do justice to this masterpiece. All I can say is that watch it at the earliest if you haven’t already.

The human equivalent of an old fashioned cocktail; once known for a credulous foundation (ice), hints of saccharine, bitters and whichever intoxicant was within reach, often despondency; with time the credulity became rationalism (water), the intoxicants amounted to moonshine and now this personality straddles the fence between serendipity and zemblanity.