It won’t be an exaggeration to call the Toy Story series the “Piece de resistance” of Pixar. It’s an accumulation of everything that is capable of reflecting Pixar’s heritage in the world of computer-generated animation. Toy Story (1999) marked the beginning of a new chapter in the culture of the current era which went on to revolutionize the American animation with its potent influence. 2 decades down and we have grown a relationship with Andy’s toys with most of us mirroring Andy with our own Woody, Bo Peep, and Buzz Lightyear. Toy Story 4 is the fourth installment in the saga which seeks to nurture this relationship further.

The film starts with a flashback scene as its opening with the intention to set a crucial plot element that would be vital to the narrative at a later point in time. Credits start rolling in and we are hurled back to the present where our beloved toys are under Bonnie’s umbrella. However, things aren’t the same anymore. Few dynamics have changed, life is evolving and what’s vital to remember is the fact that some of us are left behind, for good or bad, in its course. Pixar has always been a master of crafting the brutal truths of life in the purest of scenes.

The school of Pixar is a mesmerizing one where its disciples, i.e. the audience in us, learn the most precious of values which get rooted for life. But we mustn’t forget that it’s a Pixar film, an adventure fantasy comedy in which things are destined to go haywire as if they are prophesied to fall on roads divergent with the expectations and aspirations of its central characters. We have a template to the successions. Things will appear to be normal, then a person, place or event will turn the tide, a group or an individual will experience separation, the period of separation which carries a journey will prove to be awakening for the individual or the group and what will follow is a quest for order and normality.

There’s absolutely nothing new and nothing different in the format that ceases to emit the essential charm of Pixar films. I’m afraid this will be the case with all the upcoming Disney Pixar films if it refuses to explore genres. The adventure fantasy has continued to be adventure fantasy, barring a few exceptions, and when neither the content nor its execution proves to be incredibly unique and beautiful, what’s served becomes repetitive and predictable to the senses. I don’t intend to hold this against Pixar for it has played a major role in shaping up the memories of my childhood but alas, Toy Story 4 turned out to be the first Pixar film I couldn’t take home. 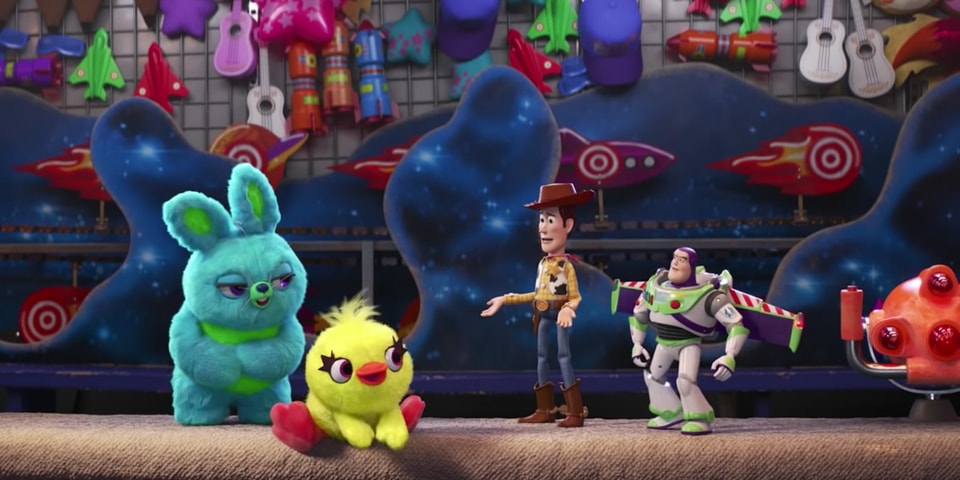 If Toy Story 3 couldn’t be the conclusion this epic saga deserved then Toy Story 4 can never be for sure. This can continue. You can always continue to create stories like Toy Story 4 and the series will remain alive forever. No element or episode had the ability to eradicate the generic nature of this film. Pixar molds our notions of a conclusion with Toy Story 4 as we already had one when Andy grew up to part with our beloved bunch of toys. We saw ourselves in Andy bidding adieu to the group. But now, it was a different end. A different goodbye. An underwhelming of a conclusion that didn’t leave me broken yet happy like its predecessors.

Related to Toy Story 4 – INCREDIBLES 2 [2018]: AN ADMIRABLE SEQUEL TO ITS CLASSIC PREDECESSOR

However, if I am to concentrate on the positive aspects of the drama it weaves, the film internalizes key values of loyalty and self-exploration while shaping itself into an allegory for the harrowing reality of abandonment and orphanhood. Much of the metaphorical marrow of the film concentrates on how it feels to hope for acceptance and love. Simultaneously, the dialogues are hilarious and tautly written to keep you thoroughly entertained which has always been a virtue of Pixar films.

Pixar never fails technically. Toy Story 4 comes equipped with a screenplay that resonates its narrative despite being repetitive in a few portions in terms of its structure. The film is not as vibrant as its predecessor. The camera is dynamic and lighting is done to suit the tone of the film while simultaneously retaining the essence of the ongoing frame. Various subplots are edited into the main narrative which come out to be fresh and leave you yearning for a greater screen time being provided to them.

Toy Story 4 is supported by a brilliant voice cast which keeps you hooked. Tom Hanks is exceptional while Jordan Peele and Keanu Reeves come out as our fair share of surprises. Tony Yale is sweet as Forky, the newest member of the house. Josh Cooley has done a commendable job in his directorial debut as Toy Story 4 doesn’t come out to be a disjoint element of the set and manages to retain its aura.

Concluding my two cents on Toy Story 4, it’s a joyful ride unnecessarily attempted. It’ll make you numb but lacks the emotional depth to render a string of tears in your eyes. However, in its entirety, it manages to convey a crude aspect of our reality in its metaphoric efforts which underwhelms but doesn’t disappoint.

[Watch] Wild Rose Trailer: Musical-drama shows the messy side of what it takes to make it