As America and Russia are reaching diplomatic truce in Israel under the backdrop of battered ISIS and their declining strengths in recent times, War Dogs could not have asked for a better moment in history to come to light. The money churning middlemen of military deals, War Dogs as they are called, must have found it difficult to strive for lucrative arms trading in middle of these illusions of peace (obviously a subjective notion) that has surrounded America in Bush and dominantly in Obama’s governance. And as this real story unfolds, we realize the aggressiveness of illegal activities that would have begun for rivers of cash should never stop flowing, no matter the consequences.

After an astonishing turnaround of their career in last couple of years, Jonah Hill and Miles Tell gave their all but tether on the edge of leaving a lasting impression as the script lacks moments for them to breakthrough and shine. War Dogs is funny in slights, witty in half measures and dumbed down to sheer stupidity on some occasions. It wants to be the Wolf of War Streets but succumbs to becoming the whimpering casualty of an ambition that surpasses the reach of Todd Phillips. There was no doubt, he was no Martin Scorsese. 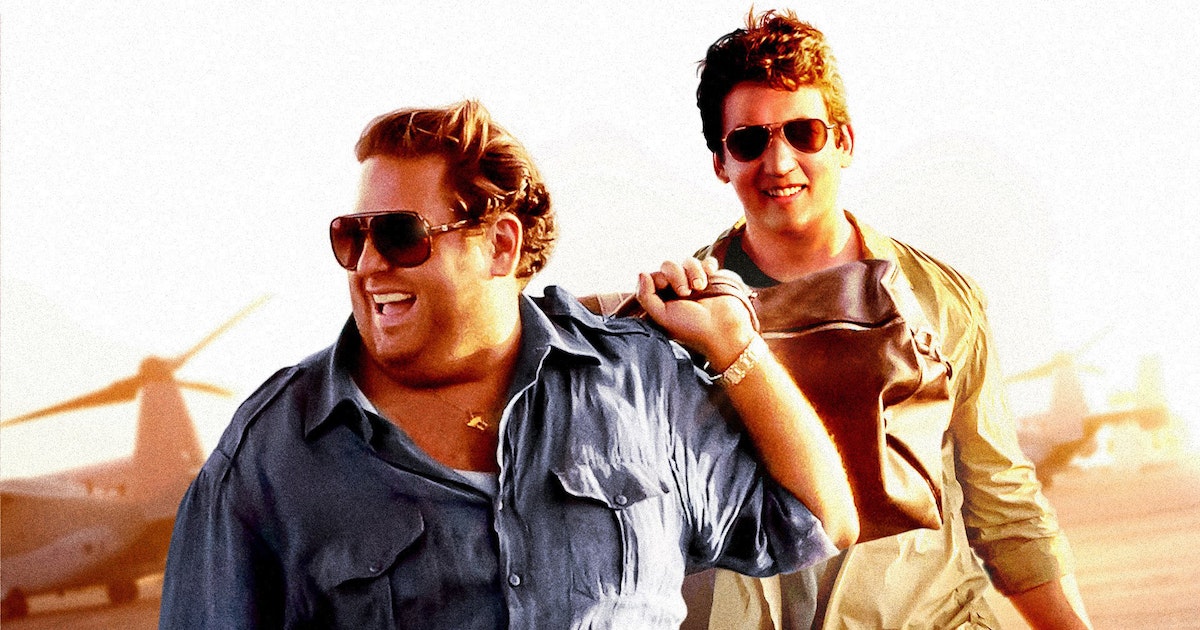 War dogs kicks off with a voice-over in typical Scorcese fashion. The sad part is, when you are done with the opening monologue, you get a feeling that you are about to witness something that should be taken seriously but you won’t. Todd Philips hits on your head with a jarring screenplay that never gets the bullets running and most of it just explodes on your face. The back and forth between the two lead pairs is annoying to an extent that you stop caring about them almost halfway through, and by the time it ends, you feel like killing your screen and going out for a walk of shame. It seems like Todd Philips probably didn’t get all the lessons out of Scarface. “Don’t get high on your own supply”, mate!