WeCrashed [2022] SXSW Review – Strong Tommy Wiseau Energy from this one

WeWork is the American real estate company responsible for how you look at tech company workplaces nowadays in pop culture, movies, and even television shows regarding workplaces. Gone are the cubicles or the two pod structures. WeWork was created to provide flexible workplaces for technology startups as well as services for other businesses. It means that WeWork would combine every trend and craft a creative office space, with chic furniture, healthy food as snacks, indoor games like Table Tennis or snooker, IPA but restricted to 4 glasses a day; anything to make the employees of the company hiring WeWork happy and functional. And if WeCrashed is any indication, this revolutionary idea could only come from a revolutionary entrepreneur like Adam Neumann (Jared Leto).

When the trailer for “WeCrashed” came out, everyone was surprised at how unrecognizable Jared Leto looked. The man who is responsible for bringing method acting into the limelight for good and bad reasons is the compelling reason and primary draw for watching the miniseries. With his long shoulder length hair, crooked nose, pasty skin, and an accent that is supposed to resemble an Israeli accent but could be from anywhere, you wouldn’t be too far off the mark in thinking of Leto’s performance very much evokes the characteristics of infamous director Tommy Wiseau. More specifically, it evokes James Franco’s performance as Tommy Wiseau in The Disaster Artist.

While Neumann is imbibed in this miniseries with bravado and confidence bordering treacherously close to delusion, there is also a shade of intelligence, a worldliness that comes from knowing that the confidence isn’t too misplaced. At times, Neumann’s confidence borders on the absurd, but Leto balances that absurdity with such a hint of conviction that it becomes compelling to watch even when faced with hard truths as retorts. It is easy to understand how much that conviction is a driving force behind WeWork’s co-founder Miguel McKelvy (Kyle Marvin) agreeing to follow Adam to the bitter end, even though you see McKelvy working on an all-nighter while Adam sleeps the entire night in his comfortable bed because every entrepreneurial story has an all-nighter. These are lines uttered by Adam that would have you chuckle with disbelief, but you are still interested, because of the performances by Leto and Anne Hathaway as Rebeka. 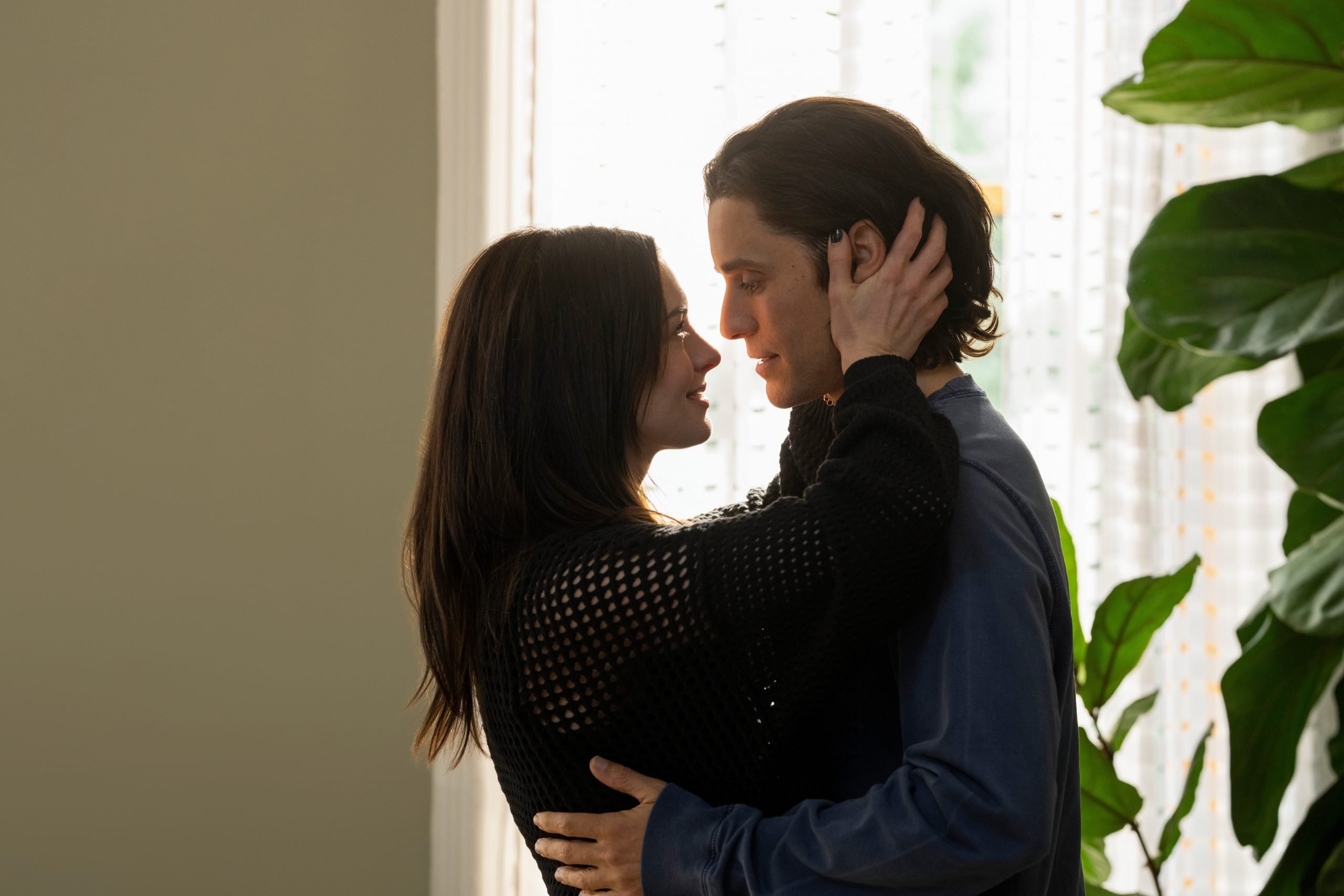 Rebekah begins as a woman who is a certified yoga instructor and able to see through Adam’s bullshit, because of her living in the shadow of celebrities like Gwyneth Paltrow, who she is the cousin of. However, she is helped to see the error of her living, in essence, and how much she was short-changed and manipulated in her company as a yoga instructor by Adam, and soon we see them get together. But it’s interesting how much Rebekah shifts from the semi-realistic, grounded woman to a manic pixie dream girl the longer she hangs around with Adam.

After a point, the two of them, their narcissism and the inherent chaos of their relationship, are given focus. Their absurd ideas are scored by triumphant music because they genuinely believe their ideas are great. The fact that they play all these moments completely straight, with not a hint of irony, and their chemistry is almost blinding, makes the dynamic and, as a result, WeCrashed such a fun car crash to watch.

Because at the end of the day, and bear in mind this is the pilot and I haven’t seen the rest of the episodes yet, the love story, the relationship of Adam and Rebekah, is going to be the heart of the show, while the crash of WeWork will be the primary incident propelling the narrative in the miniseries. The show begins from the beginning of the end, with Adam and Rebekah waking up, a servant bringing a bong in front of Adam so he can have a hit before being driven to the office, and an assistant specifically assigned to bring him to the office and ensure that Katy Perry’s Roar continues playing from the car stereo to the entrance as Adam and Rebekah enter the WeWork office.

The only time this hazy, energetic musical moment ends is when Adam is announced by his board of directors to have been voted out, and even then, Adam and Rebekah are calm, composed, with Rebekah just saying, in a clipped tone, “Call all the lawyers.” It’s the first episode, and I am not sold on the quality of the show yet, but I am sold on the performances. Hathaway is excellent, but Leto is surprisingly good in this. His form of acting does pay off and might pay off more as the show progresses.

This review is based on the first episode shown at the 2022 SXSW film festival. WeCrashed will be released on Apple TV + weekly from March 18th, with the first three episodes released that day.

WeCrashed [2022] SXSW Review – Strong Tommy Wiseau Energy from this one