Will Trent (Season 1), Episode 2: ABC’s new drama wraps up Emma’s kidnapping in some style. We saw some great detective work from Will, Faith, and Angie, while also getting revealing insights into their pasts. The tone is reminiscent of every great cop drama without the procedural hustle playing spoilsport. Something tells us that this kind of storytelling is here to stay and will make sure viewers come back every week for more. Here is a recap and ending explainer of Will Trent’s episode 2, “I’m a Pretty Obsvervant Guy”.

Now that we know Paul Campano shot someone, we see what actually happened that night. Paul suspected Emma’s English teacher Evan Bernard and went to confront him at his house. He asked for Emma, but Evan was adamant he had nothing to do with her. In the ensuing scuffle, Paul shoots Evan and runs off. He narrates this tale to Will and Angie, who have slept together – again. Paul informs them that Emma changed classes after staying in Evan’s for a while, indicating that she was emotionally traumatized by her teacher’s predatory capitalization.

Angie bags Paul’s shirt as evidence and arrests him for shooting Evan. Paul brags that he will be out in a day’s time – which proves to be right – and Will visits Evan’s house with Angie. Evan is unconscious, and an ambulance is on the way. Will inspects the house, but there is no sign of Emma. On the patio and doorknob, he finds Evan’s blood. He deduces that Evan tried to lock his house after getting shot to make sure no one could get in. What is he hiding?

Angie takes Paul’s statement. The trio knows each other from their days growing up together in a group home. In his statement, Paul mentions that Evan was actually on his phone when he answered the door to welcome him. News about the two cops sleeping has got out in the bureau, and everyone stares at Angie when she meets with her sponsor. He warns her to tread carefully and asks her to come to the meetings for his program. Angie maintains to him that Will and her closeness is because they had no one else and that their on-off sexual indulgence does not mean anything.

When they talk, the duo comes to the conclusion that Evan was using a burner phone, as his records do not show any call at that time. Being bold, Will also asks Angie to dinner that night. He wants no more “scurrying around in the shadows and then wallowing in shame” and making their relationship official – take it to the next level. Angie confirms the plan, but we do not know what will happen. Faith is informed by Amanda of these developments in the case, but she is not looped in by Will. The mercurial detective meanwhile meets with Evan at the hospital and bluntly asks him all the questions. Evan does not look too perturbed by the questions, showing he has thick skin and was perhaps expecting it when he was shot.

Will suspects Evan is the man as he gave off the creep vibes and uses a power move – going to the bathroom in the middle of the questioning – to throw off Will. Evan denies all allegations of improper conduct or anything to do with Emma. Faith confronts Will at the hospital and informs him that the kidnappers have finally asked for ransom: $3 million, and Abigail is ready to pay. Will sees the video released by the kidnappers and asks if Abigail remembers any of the surroundings, but the grieving mother responds negatively. He says that if they pay the ransom, Emma will never return as the kidnappers would have lost their incentive to keep her alive.

He asks for six more hours to investigate the staff at school and find out more about Emma and Evan’s past. Angie and her partner, Ormewood, discuss briefly why she chose to be with Will. Angie is in no mood to continue the conversation and gives him a very objective answer. These two are called away to another murder at a different location. The victim’s name is Sasha, a young girl who was killed by someone using a heavy object straight to her head. The landlord found her and said that he came to get rent for the month. Ormewood spots blue dye in the bathroom and follows the trail left by the person to a girl’s door. Their (she uses they/them pronouns) name is Nico, a sixteen-something who confesses “it looks bad for her.”

Faith and Will visit the school and talk to a bunch of girls. They confirm that Evan is perhaps a predator and allegedly had relationships with Emma’s friend Kayla. The principal and guidance counselor Mary Clark meet the officers and show them around Evan’s office. Nico is questioned by Ormewood and Angie, but they are not forthcoming. They deny any knowledge of what happened and explain that they only went in to use Sasha’s shower, which is the only working one in the building. Ormewood says he has had enough and takes her to get some food.

The seasoned detectives know that Nico is in a vulnerable position and do not want to coerce an answer from them. Instead, they want Nico to come to clean herself and try to put them in the best state of mind to do so. Will phones Angie and asks her to look at Betty once, feeling she might be upset when he shouts at her that morning.

The police now have corroboratory evidence that might confirm Evan’s relations with Kayla. In episode 1, it was revealed that Kayla had consensual sex with someone that morning and that the police found semen. Will asks Faith to call the lab and match that sample against Evan’s blood to check if it matches. While Will looks around Evan’s office, he finds that the teacher has returned to work already. His room is spic and span, and all indications tell Will that Evan is indeed a predator. Playing a hunch, Will asks Evan about the affair, and he confirms it. 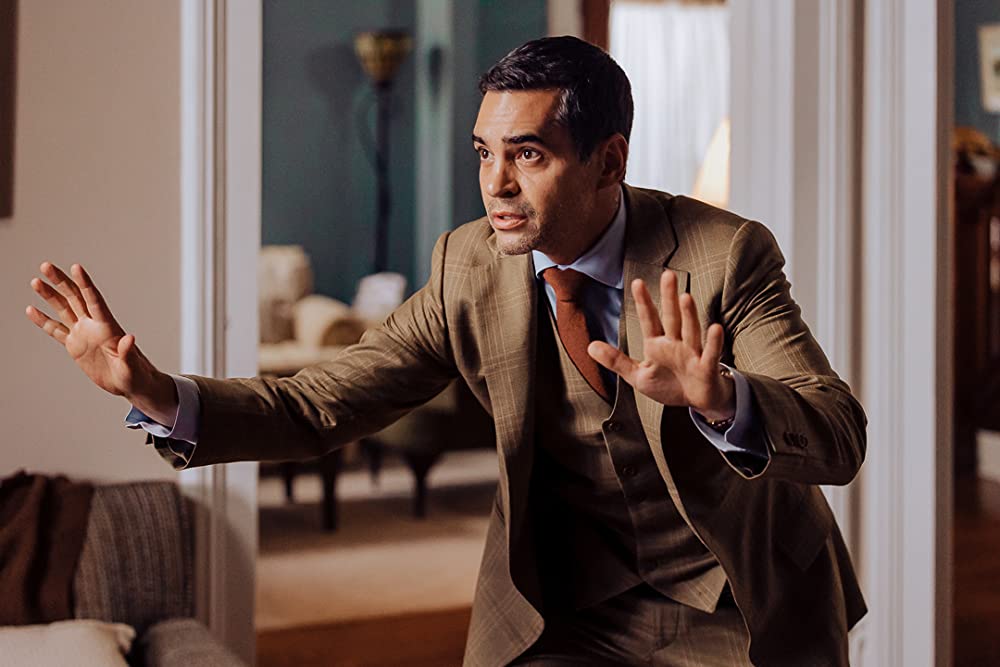 His confidence flows from the fact that the age of consent in the state is 17 and that the acts were consensual. But, Will catches him unaware that since Kayla was a student at the school, Evan was her guardian and violated the norms. He arrests Evan, who angrily claims he will make bail in 24 hours. Now having probable cause, the police break into Evan’s house but finds it soaked in bleach. Everything is clean, and Evan even leaves a mocking set up of video cameras and sex toys in the room for Will.

At Will’s house, Angie once again beseeches Nico to tell the truth, and they eventually break down. They claim that Sasha was their friend and that they heard a commotion outside the room. Angie’s guess was right, as the landlord did trade favors for sex from Sasha. After some fighting, Nico claims that everything went silent all of a sudden and that the landlord threw something that looked like a hammer in the dumpster. Angie and Ormewood go through it and find the murder weapon. They also ease out their issues in the past, from the one time they were too drunk to stop sleeping together. Evan berates Will for his dyslexia and the fact that he is not as well-read as he shows off to people. Will promises to put away Evan and find out the incriminating evidence.

Amanda, who overheard everything through the cameras, beseeches Will to seek help from Faith, who is more than capable of working with him on the case. He asks her to find a connection between Grier, the kid who committed suicide in the last episode, and Emma. Their time is up, and Abigail releases a video claiming she has paid the ransom. The police are able to get the location of the kidnappers through the account details and rush to the spot. At the same time, we see a visual of Emma being loaded into the trunk of a car and being driven to a creek. She is still in the trunk, and the kidnapper leaves the car hanging on rocks in the creek.

How are the kidnapping and Grier’s suicide connected?

Faith informs Will about her findings. The girls, including Emma, had used Grier’s studio for recording a song, and Mary Clark, the counselor, had chaperoned them to the studio. Will feels that someone very convincing and powerful had forced Grier to commit suicide, and the same person is also behind the kidnapping. His guess is that Emma broke off her relations with Evan, which forced him to kidnap her and make a financial gain as well.

Will goes to Mary’s house to enquire about that day and possibly see a list of all who went. As she starts checking her laptop, Will notices the wood used to make the cupboards and recognizes them from the video the kidnappers released. To confirm the same, he goes around the house and finds the exact spot where it was filmed. He tries to pull a gun on Mary, but she already has one out. The stalemate is ended by Faith, who tases Mary and saves Will’s life. In the questioning room, Mary is not forthcoming. Will, seeing the essence of time, requests Angie to come in and take over by trying to tell her own story.

A tearful Angie painfully reveals that she was given off as a sexual toy to older men by her addict mother, who needed the money. Angie happily did all of it to win her approval and love, which evokes a response from Mary. She opens up about Evan raping her in high school and forcing her to bring girls to him. Mary, too wanted to win Evan’s approval and did everything he asked. She confesses that she kidnapped Emma and gives the location where she has kept her in the car. The police go with the parents and retrieve Emma from the creek. She is alive and safe.

Will gives a damning send-off to Evan, who will now be going to jail. Faith asks Will to acknowledge her efforts but the detective sports a wry smile as he finishes the paperwork. Amanda comes in and informs them that she is keeping them together for more cases, as the experiment was successful this time. It seems like the two will work well together. Will talks to Angie about dinner, but she refuses to proceed. She feels the reason why they keep coming back to each other is that they are broken, and it is best they stay away. She informs him that Nico will be walking the dog from now on.

The episode ends with Paul visiting Will and offering his gratitude for saving his daughter. He is confused about Will and Angie’s relationship, and Will can only say it is complicated and that their ending up together is inevitable.