Will Trent (Season 1), Episode 3: It seems like ABC has gone the same route as some of its rival networks to cook up an anthology police procedural. Every episode of Will Trent’s first season will feature a new case for Trent and his partner Faith Mitchell to solve. The writers would perhaps explore a compelling part of American society and other allied themes through the various settings. Episode 3 of Will Trent turned its attention to a formerly racist town and a dark secret of an unsolved murder of a black family decades ago.

Apart from the investigation itself, Will Trent also features heavy drama. Just solving the cases is not something the show is focused on doing, and that is a welcome change. Uncomfortable truths come out of the hat, Faith has a moment of existential crisis, and a grieving soul gets its revenge in Will Trent’s latest episode titled “Don’t Let It Happen Again”.

The setting for this episode is mainly a small town in Georgia called Lake Lanier. Amanda briefs Will and Faith about the case. Mayor Randy was found murdered on his boat, but more surprisingly, it was completely charred due to being put on fire. Before that, we see an elderly man cry at the riverside and is consoled by a woman. Faith gets jitters about going to the town with a documented history of racism. Will encourages her to wield her authority and focus on detective work. The case is not off to a good start as they get a flat and have to consult the local mechanic, Otis, for the repair work.

Will starts a conversation, and Otis reveals, “he is prepared for what’s coming.” He brands Randy as one of the “lizard peoples,” whatever that means. Back at the headquarters, Angie and Ormewood try to solve another mysterious murder. A man’s body is found and initially dubbed an accidental fall. But the coroner reveals that because the gravel has settled on the wounds, it suggests that someone hit him with something, and then he fell as a consequence. They interview a co-worker, Parno, for details about the incident.

They both are construction workers tasked with installing a window in a building. Parno reveals that some iditols swung a pipe, and John, the man who died, fell. But the weird thing was that he ran straight at him through the building door, and Parno did not even flinch. He can identify the man unless he has an identical twin. It turns out he has two!

Sherriff Josie Miller greets the duo and briefs them about what happened. Randy was shot, but he tried to get away in his boat. The shooter rushed toward him to stop him and saw that all their blood was on the boat. They had to burn it out of options to erase all evidence. Will also discovers a bloody nail that the shooter hit on their way to the Mayor and takes it into evidence. His wife reveals that they got a little orange station wagon toy at their doorstep, which leads Will and Faith to an unsolved murder some thirty years ago in town.

A black family was found murdered in their orange station wagon in the forests, and Adam Merrick, the old man we saw in the first scene, was the Sheriff back then and investigated the murders. Josie reveals that she pulled a similar toy from the body of Alan Kramer, who was also found dead in the woods a few days ago. She branded it as a shooting mishap, which often happens in the area, but Will thinks they are all connected. Amanda flies into the town the next morning to help with the investigation as it gets personal for her.

While going through the files, Sherrif Merrick’s ignorance is revealed in the reports. Faith spots that a witness gave a partial plate to him, but he never reported it. At the HQs, Angie and Ormewood try all different sorts of tactics to get an answer out of the brothers. Angie feels they should take a different route, but her partner struggles to let go. Another looming dilemma for her is an invitation for dinner by Ormewood’s wife, Gina, to their house. She is reluctant as she feels guilty about sleeping with Ormewood and remains undecided. 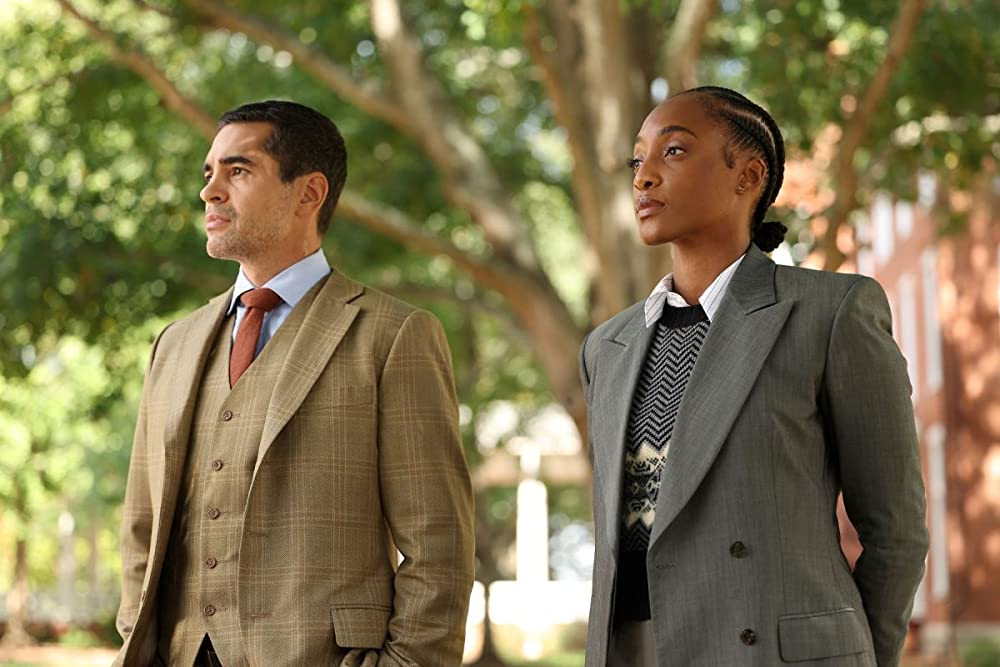 The team at Lake Lanier discovers that the two dead men were part of a group of four friends, including an unidentified individual and Otis. A photograph is their only clue to lead them forward. Will questions Adam in his nursing home, but the man is unresponsive about what he found. There, he meets Chip, Adam’s son, and discusses the case. Chip reveals that his father was haunted by the incident and scarred for life.

Faith and Josie go with Amanda to a reporter friend of hers who covered the case back then. While sifting through the case files, Josie and Faith bond over the systemic racism they have faced in the force that has held them back from being promoted. In this instance, they find the photograph confirming the group’s identities. By enhancing the photo, they learn that Otis’ life might be in danger or he is the killer. Otis is already armed with a gun and his guard dogs when they go to confront him. Will tries to calm him down, but when Otis is about to point his gun toward Josie, she shoots him dead.

Deputy Miller reveals to Will that Otis had a salvage yard, which he also saw when he visited his repair shop. It strikes Will that the station wagon might be parked in the yard, and his suspicions are proven true. Josie is shaken after her first shooting incident while on duty, and Faith comforts her. Angie finally decides she is going and also changes the tactics for the questioning. She throws the brothers in a cell and two candy bars. Since it had been a long time since they had eaten, they fought over it and gave up the murderer. Case solved!

Josie asks Adam to identify the man from the photo, and he does. The man is Chip, his son! This explains why Merrick wanted to cover up the case. It was because his son was involved in the murder with the other three members of the group. Will also deduces that the killer is someone connected to the family and kills the group in an attempt to exact revenge on them. But one thing that he cannot reconcile is whose noise Adam heard that night. Was it the father who was shot and still lived? Or perhaps some other family member who was the last to die?

Will and Amanda find two vital pieces of evidence in the station wagon. Will finds teeth marks on the seat belt in the rear seat, indicating that perhaps a small baby was present at some point in it. Amanda finds a tape in the front radio slot, and the two take their findings to the station. Meanwhile, Amanda and Josie return from the hospital and stop at a gas station. As Will and Amanda listen to the radio, they mull over what bite marks could mean when it strikes them; Merrick does not hear any of the dying members but a small baby stationed in the back and crying for help.

The baby was Josie! What Faith finds next in the car’s glove compartment confirms the suspicions. Josie never filed the bloodied nail in the database, as it would reveal that she was the killer. She holds Faith at gunpoint, and they drive to confront Chip at the bridge. Will and Amanda to drive to their location. She shoots Chip in the leg and has an emotional tirade against the incidents. Faith tries to stop her, but Amanda is willing to shoot Josie if it takes getting Faith back. She is caught in two minds about what to do as Will and Amanda catch up. Josie eventually decides to jump off the bridge.

Will reveals to a desolate Faith that Josie’s body was found. Faith is angry and sad over the whole affair and laments that Josie has “become another ghost” for no reason. The entire incident could have been avoided, and in one of Faith’s ideal fantasies, Josie would have made it out, like it always happens in the movies. Angie has dinner with the family; Ormewood, Gina, and their three sweet children. It seems to be going well, and Angie is almost home free when Gina confronts her about sleeping with Michael.

She says police wives talked, and someone saw Angie going to Michael’s car that night in the parking lot. Even though she is heartbroken, Gina asks Angie “not to do it again” and lets her go. Angie, too, breaks down and goes straight to Will, who has returned from Lake Lanier. She hugs him and confesses what she did with Michael. But Will is forgiving, and they kiss. He promises to take her on a date and says that “he has to make a phone call.”