Home»Reviews»Wojnarowicz [2021] Review – A bang-up film covering an artist, his sexuality, and an epidemic with archival footage
Reviews

“I’m not gonna be polite. And f**k these people! I want it [my art] to be courageous; there’s no expression in that [art] other than being silent,” answers David Michael Wojnarowicz (voy-nah-ROH-vich) to a loaded question that a journalist asks him about why he started making art. This is what he comes up with before saying that his work is inspired by being a homosexual who is legislated to silence. Then, the American title card appears, which makes no mistake, does not use the asterisks, or simply leaves the words out there, but reads it out for you: ‘Wojnarowicz: F**k You F*ggot F*cker.’

Chris McKim’s documentary leaves that subtitle out of its international titles, and also has to make use of the asterisks to ensure that his film runs, virtually, in the US, too. But with that, he is not trying to shock his audience (as is the case with profanity) but merely start putting together a bunch of Wojnarowicz’s archival footage and the reality of his life. The artist used his work to make a case against the government about their inability to handle the AIDS crisis in 1980s America. And many did not like that.

Wojnarowicz, born in 1954, had an alcoholic father who troubled his mother and his two siblings a lot. At 11, he started living with his mother, only to run away with his brother to start living on the streets. He traveled to Paris and back with him too. He then tried a shot at writing and discovered it is a waste of time. When he returned he not only started taping everything but also becomes a hustler. In the documentary, he narrates one of his experiences where oral sex was performed on him. This is chilling enough to set the tone for the truths that this documentary will tell you about the multiple aspects of Wojnarowicz’s life. 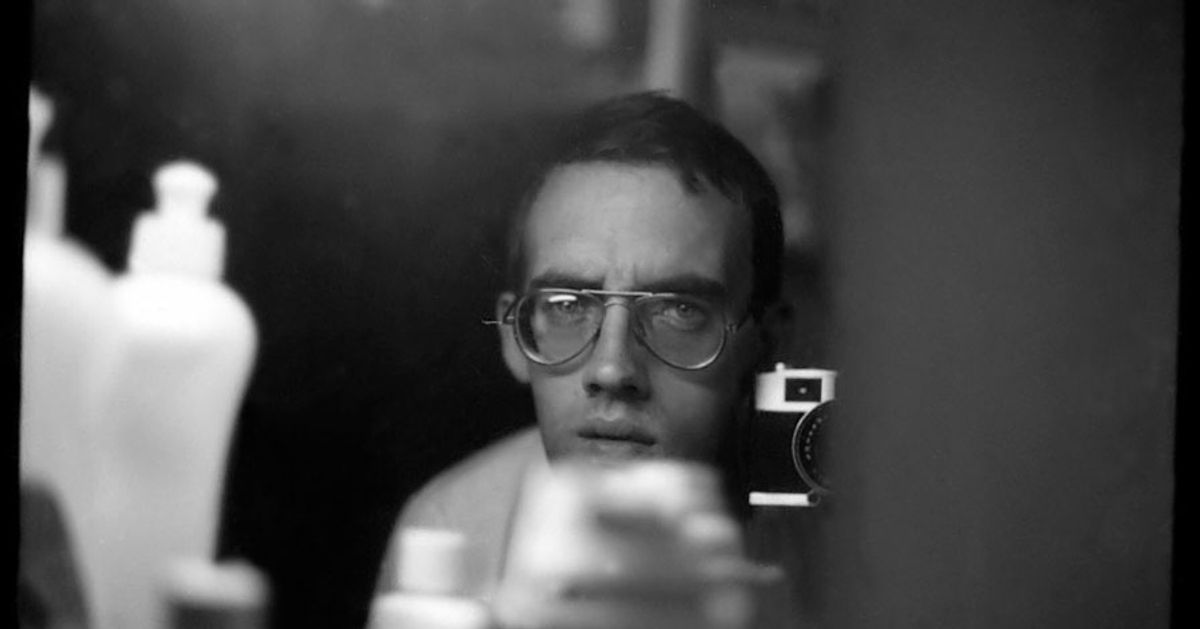 He later met and falls for Peter Hujar, a photographer. Fran Lebowitz is also featured here; she is a friend of Peter’s where she gives us sound bites about their relationship while pretending it’s her city. With these two and other artists in the picture, art follows with some struggle. In his first paintings, Peter is his model. Soon, they expand in scope, size, and price but nobody is willing to buy them yet. He is grappling with personal and universal themes as of now; his work soon becomes political and specific.

His drawings as a second-grader were the inspiration for collages and posters that later form an important aspect of his work. The minute his attention went to sexuality, not only did he attract homophobic slurs like the one in the title, but also the authority’s scrutiny. A little before this, though, an art critic notices his work and his paintings start selling. While his focus is on his art invited a lot of trolls he took it as a challenge to live his life despite the law of the land saying he was in the wrong. Things, however, seem to take one step forward and two steps back when Peter gets diagnosed with AIDS.

Not soon after, Wojnarowicz is also diagnosed with AIDS. Again, his resilience steps up. He has been trained how to go about trauma since he was a child. He speaks louder with his work, joins ACT UP New York, and the result is that his work continues to be protested against even in this century. Thanks to his tapes – audio and video, writings – diary and attempts, art – doodle and gallery, voice – personal and political, this film became a reality. It continues to make that statement which he will perhaps make to anyone who is listening today, tomorrow, or in the future. David Wojnarowicz, who died at the age of 37, puts a real face to the tragedy of the AIDS epidemic as well.

In the light of both recent television series like ‘It’s a Sin’ (Channel 4; UK, 2021) and not-that-recent feature films like ‘Beats per Minute’ (Campillo; France, 2017), the epidemic seems to be spreading anew and unleashing its horrors afresh. AIDS, in the last two decades of the twentieth century, affected too many people and claimed too many lives. Some who were yet to live and had many aspirations. Their fault was that they lived in a time when the world was caught unaware of how to handle an epidemic but that was not just it, was it? It was the prejudice that worsened it, and the othering – that it only spreads among people who are homosexual – that made it a rampage. 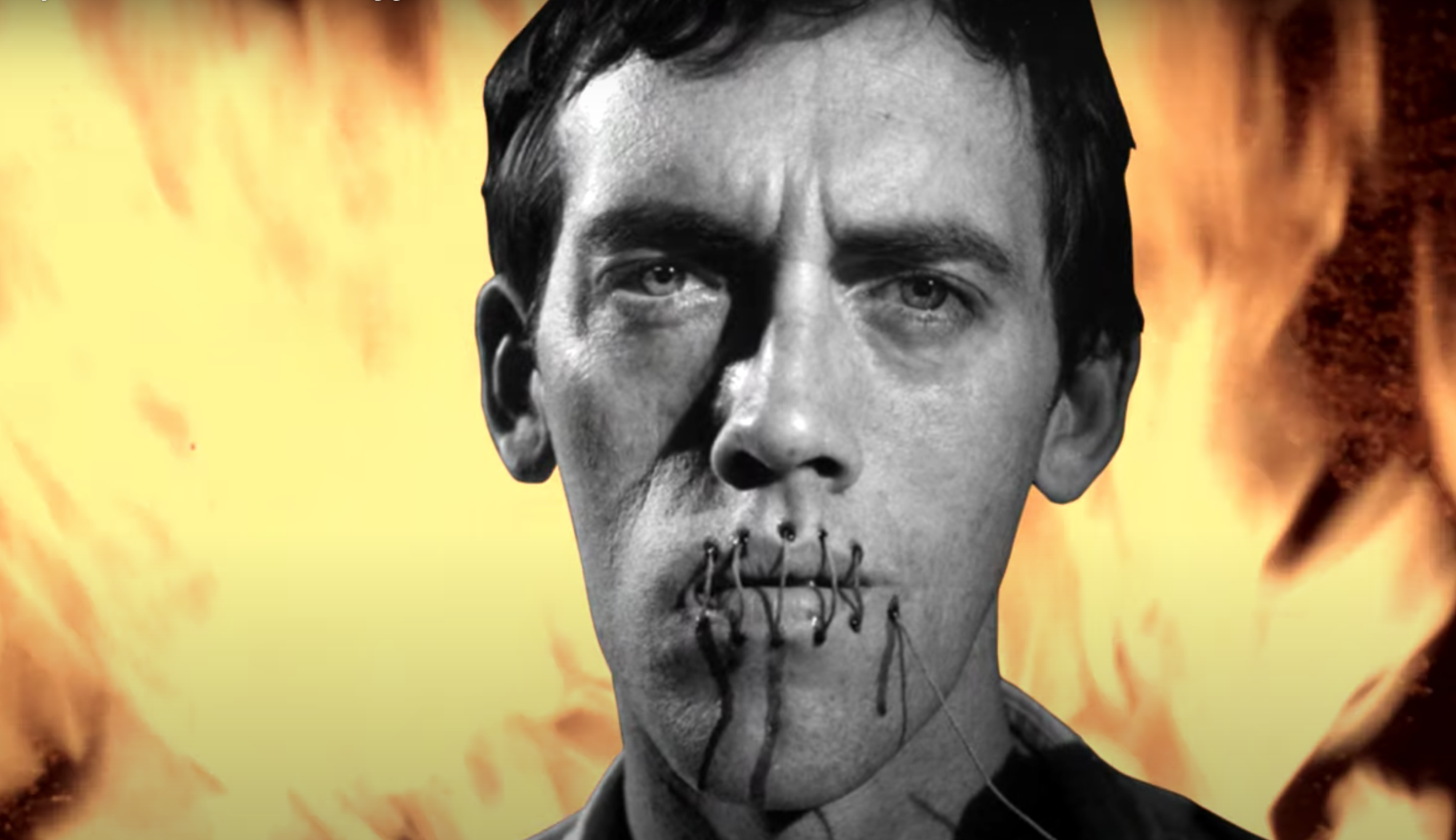 The helplessness is similar to the coronavirus pandemic but the othering is nowhere close. There is a sense of collective fear and trauma in the 21st century – information and empathy, true and false, shared over media and social media. It is agreed that a cure must be found; new variants are tracked and precautions are taken. It is not just pandemonium as shown in ‘It’s a Sin,’ or frustration as fairly demonstrated through ACT UP Paris in ‘Beats per Minute.’

“Documentary offers access to a shared, historical construct. Instead of a world, we are offered access to the world,” writes Bill Nichols in Representing Reality (Indiana University Press, 1991). “The world is where, at the extreme, issues of life and death are always at hand. History kills.” Although we have learned to manage AIDS with time, the stigma around it or homosexuality never goes away. “You will catch a disease!” is still the rhetoric at times, other than plain ignorance about sexuality and gender expression. One does not know where to begin: in raising awareness, or calming oneself down, or just brushing it all under the carpet. Wojnarowicz had the courage to not do the latter, and fight with all he had – with his work and life – and to say: “I’m not gay as in ‘I love you,’ I’m queer as in ‘fuck off!’”