Home»Articles»The Handmaid’s Tale [2017- ]: A Reflection of Both the Past and the Future
Articles/Essays

Based on the 1985 novel of the same name by Margaret Atwood, The Handmaid’s Tale (2017-) is made with an eerie dystopian undertone. Set in a state called Gilead, which is what remains of the USA after a religion-based autocracy has taken over most of the country, the plot features a fundamental dictatorship. After a military coup where the president was assassinated, the country turns into a totalitarian state and all the power is imposed by men who belong to the army. As they slowly take control over the entire country, they introduce extreme laws, laws that strip women of their freedom, power, independence, and identity.

The Handmaid’s Tale can be called a lot of things- powerful, extreme, disturbing, dark; but the word that lingers on the mind and almost slips off the edge of the tongue is ‘real’. It introduces us to a supposedly new world which is based on an ancient system. A world where women can be only showpieces, vessels, or waste, a world where men hold power and position and responsibility, a world where men can bend rules, but women aren’t allowed to take even the smallest of liberties. The Handmaid’s tale is about the patriarchy functioning at an extreme, creating a system that benefits men and suppresses women. In this country women are second-class citizens and anyone trying to escape is punished.

Related Read to The Handmaid’s Tale: 25 Great Feminist Films That You Should Watch

June, the protagonist played by Elisabeth Moss, is caught trying to escape along with her husband and daughter. She is handed over to Gilead – a totalitarian society that subjects fertile women, called ‘Handmaids’ to child-bearing slavery. June, renamed as Offred since the patriarchic state of Gilead name the handmaids as they would name a commodity, is transferred to the house of Commander Fred Waterford, where she can bear children for him and his “barren” wife, Serena Waterford.

A lot of elements in The Handmaid’s Tale feel familiar. This complex, eerie, completely alien world with a bizarre system never seen anywhere in the world, hits home in so many ways that you will find yourselves wondering whether the makers intended it. Take, for instance, the treatment of the Commanders’ wives, especially of Serena Waterford. Serena, along with her husband, was responsible for the creation of Gilead. She wrote down its laws and advocated publicly for the need of such a system to come into place. Serena, who was once truly loved by her husband, becomes a slave to the very system she created, and moreover, to her own husband. While the Commanders go off to work and run the nation, the women are expected to take care of the house. Though the wives are higher in position than the Marthas (servants), they are all still handed domestic duties. Because in the state of Gilead, that is how God made women, with their one and only duty to serve men. 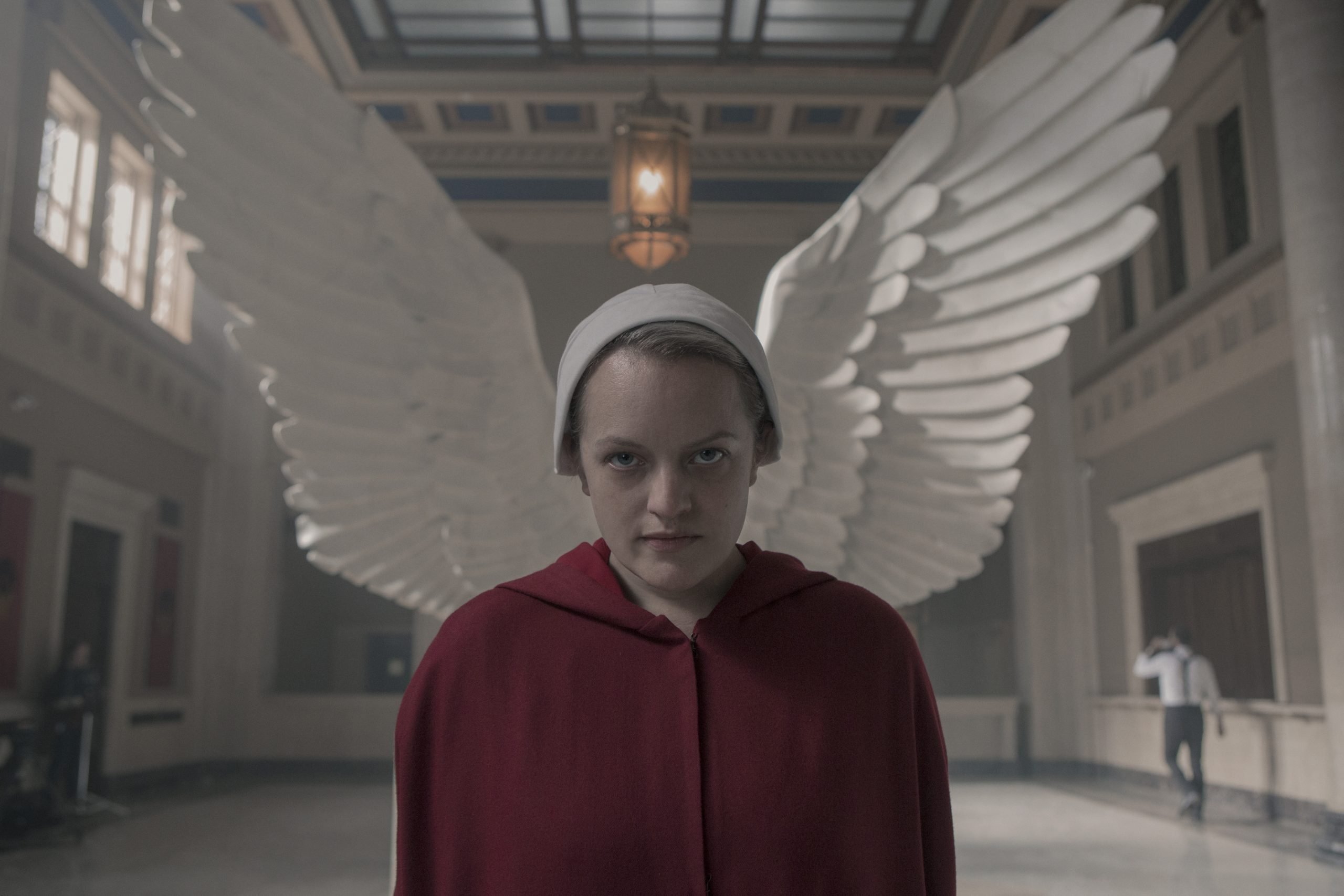 For Gilead to come into place, the laws take away everything women have in an effort to erase their identity as an individual. First, they are fired from their jobs, their accounts are frozen and all their money is transferred to the men in their families, then the state takes away their right to own land. This way, The Handmaid’s Tale gives a nod to the past, to remind us that women had little rights earlier; that it was a reality which actually existed.

Gilead also mirrors the present through its subtleties. It creates a system where women, even if they are supposedly in higher power and are more privileged, are trapped. Whether it is the Marthas, Handmaids, or Wives, they all have only the liberties that the state felt women can handle; knitting, gardening, cooking, giving birth. Female pleasure, femininities, birth control, homosexuality- all of these have a stigma attached to it even today so it is not a coincidence that the creators showed them to be unlawful in Gilead.

Related Read to The Handmaid’s Tale: The 10 Most Disturbing Hindi Movies Ever Made

What seems as another eerie echo of the present and reality of many countries and systems around the world is how the cruelest of actions are justified under the ruse of religion. Those in power preach a fanatical obsession with values of the Church, to the point where they use such values to their selfish advantage of increasing their power, thus oppressing women. In the name of God, the state creates rituals and laws that are ethically wrong. This is a reminder of the ideology of many people around the world, who let their belief in a higher power hinder their understanding of empathy and emotions.

On a positive note, an aspect of the show which is all too relatable is the relationship of women with each other. The way they lift each other up in a system that discredits them and reduces them to objects, is a very realistic representation of the power women empowerment has. In the show, Rita (a Martha) helps June in the smallest of ways, sometimes even by offering her a little smile, a small gesture to tell her that they are in this fight together. Even today, when I stand up a little for myself in the face of misogyny and sexism and am backed up by a fellow woman, I am reminded of the power women have when they unite. The Handmaid’s Tale serves as both, a reminder and a warning. A reminder of how rights and freedom for women were won over years of relentless fighting and protests and a warning of how easily these can be stripped away by those who are hungry for power.

A fierce feminist and a lover of pop culture, Liana is an eighteen year old who likes to watch everything that comes her way, ranging from old Alfred Hitchcock movies to classic sitcoms to thrilling whodunits. She has been reading all her life and is fascinated with the world of storytelling brought out by both words and the screen. When not immersing myself in stories, she can be seen listening to songs, dancing, or doodling.