A Brief History of the Struggles of Blacks in Cinema: Black film is not only a film of defense but also of survival. These films give us a picture of self-identification and self-empowerment of a people who have been subjugated for centuries and are still helpless in the face of all ridicule in the name of blackness.

White directors of the time were reluctant to cast blacks in early cinema. Even if they were made into characters, it was all “stereo-typed”. From the earliest times, black people were portrayed in Hollywood movies as idiots, lazy, clowns, and superstitious. There has always been a conscious effort in American cinema to enslave blacks in society by portraying them as inferior. It is also noteworthy that in many of the films in which blacks played excellent roles, the role was played by whites. Griffith’s ‘Birth of a Nation’ was considered by the world to be one of the best films in which black characters first appeared. The film is based on Thomas Dixon’s novel “The Clansman: A Historical Romance of the Ku Klux Klan”. Although it represents a great era in American history, the film has been denounced by black American leaders as a racist film against blacks.

At the time, there were widespread complaints that blacks were being badly portrayed. The film portrays blacks as stupid and rude, disrespectful towards white, and abusive to white women. Film historians of the time have suggested that the film was a major contributor to the rise of the Klue Klux Klan, a white racist organization in the United States. It is also said that the Birth of a Nation paved the way for the riots that led to the assassination of Abraham Lincoln. Instead of “Birth of a Nation”, Emmet J. Scott produced a film called “Birth of a Race”. That too is famous.

Related to Blacks in Cinema: The KKK Files: How Birth of a Nation Deepened The Already Existing Faultlines in the Society

But blacks reacted by starting their own film production companies. William D. Foster founded The Foster Photoplay Company in Chicago in 1910. It is known as the first black film company. They produced “The Railroad Porter”, the first black film. The film was released in 1912. Another such venture was started by the then actor Noble Johnson. He co-founded The Lincoln Motion Picture Company with his brother George in Los Angeles in 1916.

But the name that should go down in the history of black cinema forever is Oscar Micheaux. Micheaux, a novelist, and businessman started a production company of his name in 1918 – the Micheaux Film and Book Company. He later co-directed and produced several films with William Foster. They still stand as direct witnesses to the struggle of blacks. Micheaux has directed more than forty films. Micheaux is a world-renowned man who is revered as the father of black cinema.

But opposition to Micheaux’s films came from the black community itself. The main complaint was that Micheaux had filmed black people as stereotypes in the same way as whites. Critics have referred to director Eloyce Gist instead. Her “Hellbound Train” and “Verdict: Not Guilty” were hailed by critics as the best black films. 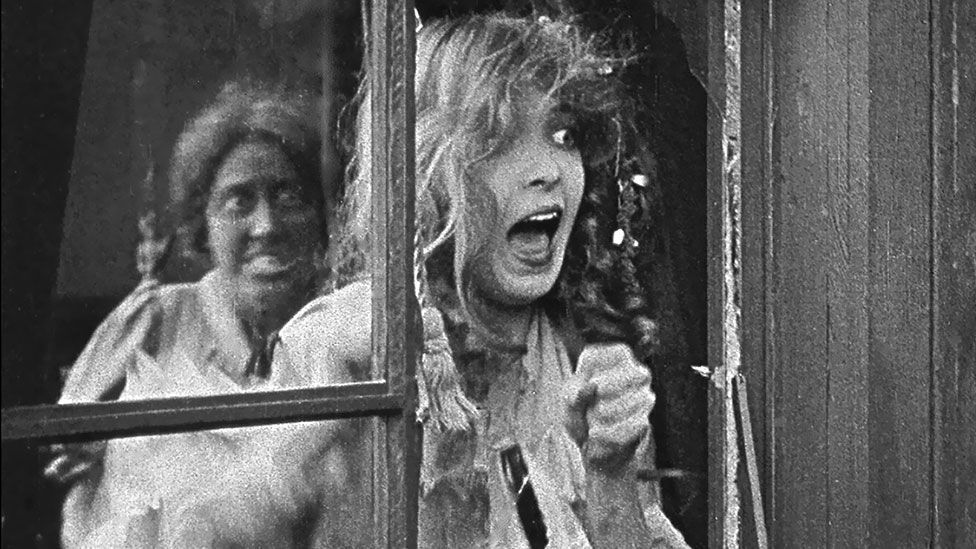 Lincoln Pictures’ “The Realization of a Negro’s Ambition (1916)” and Micheaux’s “The Homesteader (1916)” were considered the best black films of that time. These helped to dispel to some extent the prejudices that had developed in society about blacks.

However, it has now been discovered that the first black film was released in 1898. The 30-second film, “Something Good-Negro Kiss”, was founded by researchers at the University of Chicago and the University of Southern California. The film depicts the kiss of a Negro couple. This is not only about black cinema but also about the history of world cinema.

But one of the problems black cinema faced in the early days was the lack of theaters, and by the 1930s many black theaters had sprung up in the United States. The Howard Theater in Washington, DC, and Madame C.J. Walker Theater in Indianapolis are notable theatres at that time. In addition, these films began to be shown in some white also. But the Great Depression of the 1940s was a major crisis for black cinema.

Although blacks have marked their history in world cinema from the beginning, the first black films from Africa came after the 1960s. Until then, films that came out of colonial Africa were films that defended colonial interests. However, with the liberation of many African countries from colonialism in the 1960s, many African filmmakers entered the film industry and established themselves in world cinema.

Related to Blacks in Cinema: Black Girl (1966): A Thoughtful Microcosmic Tale of Neocolonialism

The most important of them was Senegal’s Ousmane Sembène. He is known as the father of African cinema. He began as a novelist and later turned into a filmmaker and was born in 1923 in southern Senegal as the son of a fisherman. Sembene did not accept his father’s job but worked as a mechanic and mason. He joined the French army in 1942 and later became active in the trade union movement. Arriving in France in 1948, Sembene worked as a port worker and was involved in organizing African workers there. Sembene entered the art world in 1956 with the publication of his first novel, “Le Docker noir”. He later realized that film, not novels, was better for illiterate Africans and returned to Africa after completing his film studies in Moscow. Sembene came to the cinema in 1963, directing the short film “Borom sarret”. Borom Sare is the first African film directed by an African. The film, which tells the story of a horseman, is considered one of the best films in the world. Later films like “Black Girl”, “Mandabi”, “Ceddo”, and “Xala”. The last film he directed was Moolaadé (2004). He died in 2007. 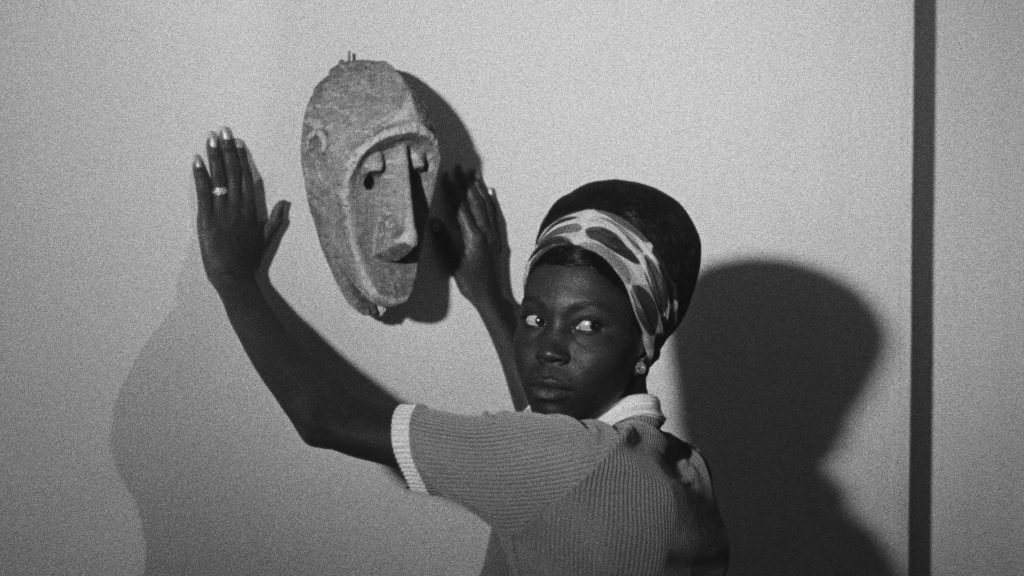 Egyptian director Youssef Chahine is one of the most talked-about names in African cinema. His films such as Cairo Station, The Land, Alexandria … Why? and Alexandria Again, and Forever are considered world classics. Chahine is also a great actor. While Chahine’s Cairo Station or Iron Gate, which conveyed the message of liberation to the Egyptian people through the film, puts forward the trade union action, “The Land” portrays the legendary struggle of the cotton farmers for their soil. Born in Alexandria on January 26, 1926, to a Lebanese father and a Greek mother, Chahine spoke five languages. Chahine studied acting in Hollywood and began working on his film after working as an apprentice under Italian documentary directors Gianni Vernuccio and Alvisi Orfanelli. His first film was Baba Amine, released in 1950. His last film, in which he later made more than 50 films, was the 2007 film “Chaos”, This film is co-directed with Khalid Yusuf. Chahine can be said to be the mirror of the Egyptian democratic struggles.

Oumarou Ganda is another well-known director of early African filmmaking. Born in Niamey, Nigeria, Ganda belongs to the tribe of Jerma. At the age of 16. He joined the army like Sembene and returned to Nigeria two years later. Ganda later traveled to Ivory Coast in search of work, where he met French director Jean Rouch. Ganda played the lead role in Rouch’s 1958 film Moi un Noir. Ganda became a director in 1969 with the film “Cabascabo”. Later, four world-famous films came from him. He is best known for his “L’éxilé”, which he directed shortly before his death in 1981.

Cameroon is another African country that made its way into cinema during the same period. In 1975, Cameron released his first feature film. The film was Muna Moto, directed by Jean- Jean-Pierre Dikongué Pipa. The film was against the dowry system that prevailed in Cameroon at the time. Born in 1940, Pipa studied film in France. He was initially a playwright. The main theme of Pipa is the contradictions in human relationships. Pipa, who has directed short films since 1965, last directed the 1984 film “The Book Fair in Harare”. When he died in 2019, he was in the process of producing a documentary about Cameroonian freedom fighter Ruben Um Nyobe.

Mohammed Lakhdar-Hamina is another director who has established himself in African cinema. Born in 1930, Hamina was a direct participant in the liberation struggle of Algeria. He studied agriculture and law, took part in the anti-French struggle, and later joined the Algerian National Liberation Front. He was sent to the School of Film and Television in the Czech Republic by the Algerian National Liberation Front to study film. But he did not finish his studies and joined the Barandov studio. In 1959, he became a member of the Algerian government of exile, and at their behest released a documentary on the Algerian liberation struggle -Our Algeria. He was in exile until 1962 and returned home after the liberation of Algeria. The famous “Chronicle of the Years of Fire” by Muhammad Lakhtar Hamina. The film received a 1975 Palme d’Or. The film depicts a shining chapter in the Algerian freedom struggle. The best films are -The Winds of the Aures, Sand Storm, and The Last Image.

MoufidaTlatli is a name that stands out when it comes to African cinema. Tlatli is one of the best female directors in Africa. Born in 1947, Moufida Tlatli graduated from the prestigious Institute of Higher Cinematographic Studies (Institut des haute sétudes cinématographiques) in France in 1968. Since then, she has worked as an assistant to many famous directors, and her first film “The Silences of the Palace” was screened at several festivals and won awards. Their second film is “The Season of Men”. This was also the official entry at the Cannes Film Festival (2000). Tlatli’s films are feminist works that raise strong social criticism. 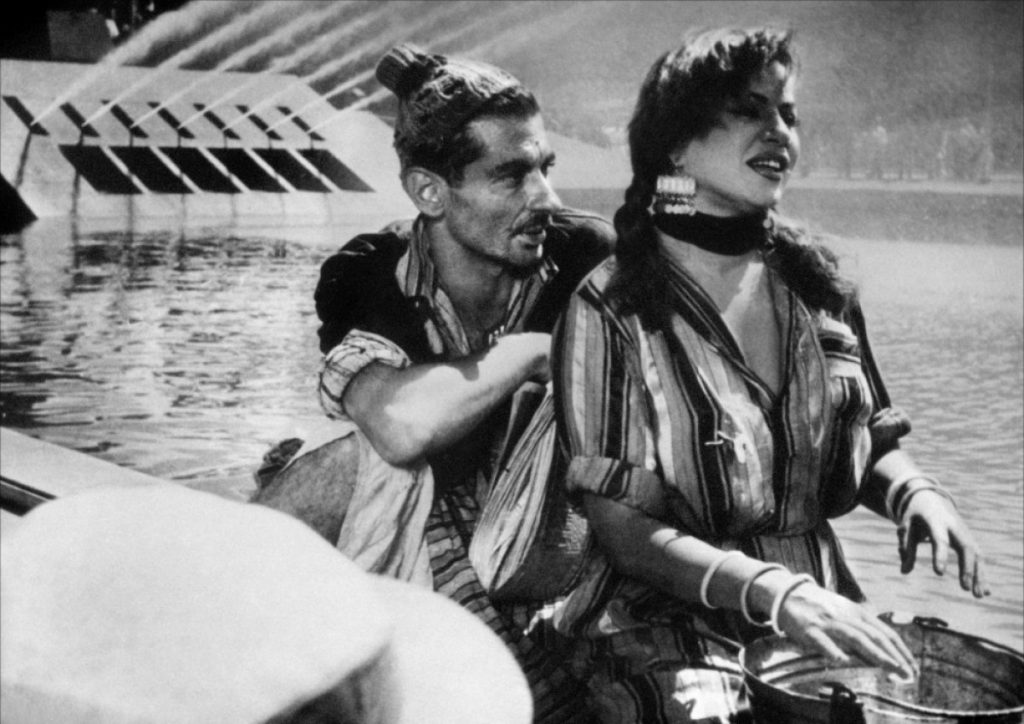 Souleymane Cissé is another famous African director. He is a well-known director in Mali. His paintings include Yeelen, Waati, and Den Muso. These have been screened and won awards at most international film festivals.

Born in Bamako, Mali in 1960, Cissé began his career as a cameraman in the Government Information Department in Mali after graduating from the Moscow School of Cinema and Television. In 1972, he directed his first film, Five Days in a Life. The first full-length film, The Girl, was released in 1974. He was imprisoned for accepting French aid for the film. The film was banned in Mali (Mali was formerly a French colony). “The Wind (Finye)” is a film directed by Cisse based on the Malian student uprising of the 1980s. This student movement is one of the burning chapters of the democratic struggle in Mali. Authorities opposed the protest with all available police forces, special services, and the army. ” The documentary ‘O Sembene!’, Directed by Sisse about the famous director Usman Sembene, is world famous.

The black film had to bear the weight of their history and poverty at the same time. Many African countries, which are inherently poor, had to face the great challenge of not only finding the money to make the film but also finding a market for the film. Creating their own space in a world market dominated by Hollywood blockbusters is still a big challenge. Today the country that produces the most movies in the world is an African country- Nigeria. But it is not reflected in quality at all.

During this time there are a significant improvement in black in the USA. Cheryl Boone Isaacs became the first black woman to be on the governing board of the Academy of Motion Picture Arts and Sciences. African black cinema is still on the path of struggle. The African Film Festival is a regular festival in New York to capture its market. Today, African cinema is becoming an integral part of world cinema.

Sofa Surfer (2022) Review: Skilfully Re-examining the Meaning of ‘Home’ for a Homeless Man