Clay Jensen (Dylan Minnette) stands out in Season 4 of the web series 13 Reasons Why. As it starts and ends with Clay Jensen and his therapist Dr. Robert Ellman (Gary Sinise). Unlike the previous three seasons which involved hiding secrets. The secret of suicide by Hannah Baker and the killing of Bryce and Monty. This season is more about getting rid of the secrets. Because these secrets are either torturing them or eating them from within.

’13 Reasons Why’ based on 2007 novel by Jay Asher in its fourth season makes plenty of revelations. Revelations on friendship, parent-child relationship, and school-student rapport.

1. When Friends Stay Together

The reiterated fact is friends stay together and support each other. At Liberty High School if it wasn’t for the support of the friends, Tyler Down (Devin Druid) would have committed a crime. Tyler confesses this to Winston Williams (Deaken Bluman) on repeated occasions. More affirmatively, when Winston along with Diego Torres (Jan Luis Castellanos) tries to frame Tyler’s friends in the murder of Bryce and Monty.

Also, Similar to 13 Reasons Why (Season 4) – The importance of reaching out to people

Whether it is Tyler, Ani Achola (Grace Saif), Jessica Davis (Alisha Boe), Zach Dempsey (Ross Butler), Justin Foley (Brandon Flynn), Alex Standall (Miles Heizer), Tony Padilla (Christian Navarro), and Clay Jensen they are hardcore friends. On occasions, they may be skeptical about their friendship but they are true to their secrets. They take the blame but never reveal anything. Alex Standall undergoing internal turmoil because of TBI (Traumatic Brain Injury) wants to get rid of the secret. And thus, in a bid to feel normal and lead a happy life speaks the truth to Winston. 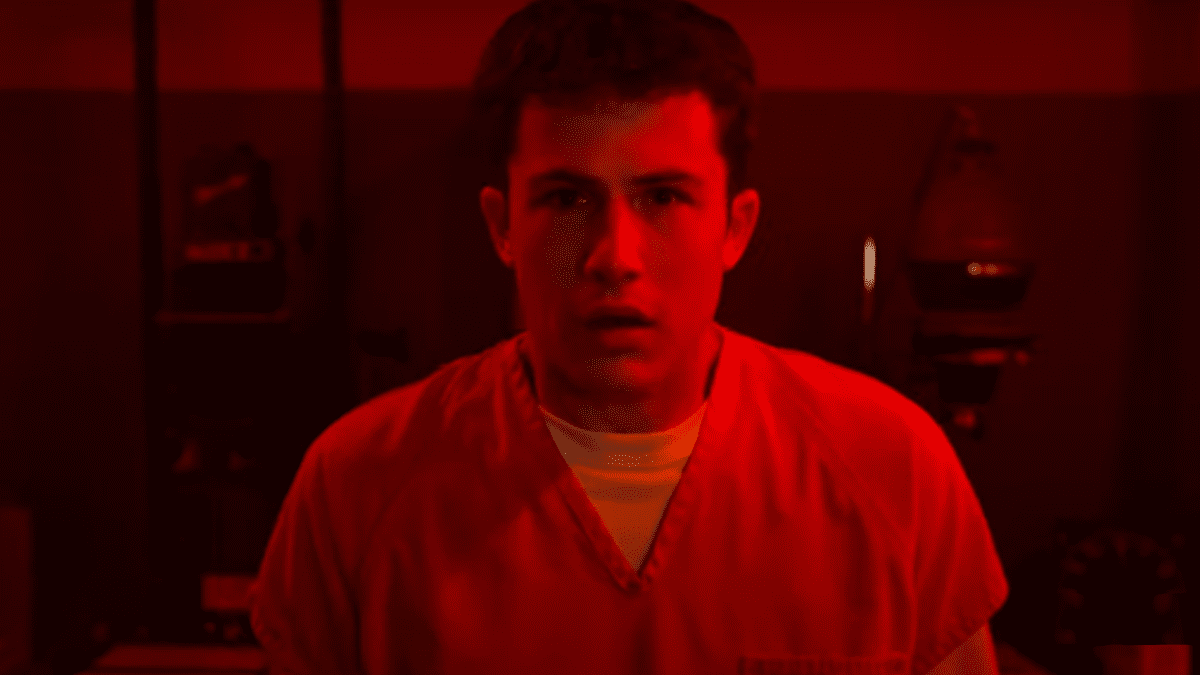 Clay Jensen suffers the most. The trauma that he had to undergo gives him panic attacks. He wants to be normal but is helpless about the occasional hallucinations. He suffers from a dissociative identity disorder.

When on a tour the scene of Bryce raping a girl or Bryce asking him to do it, plays on in his mind. On Valentine’s Day, When Diego and his team robocall Clay to play a prank on him, he gets panicked. He freaks out at the sight of a fake body filled in blood. On a senior camping trip, he frightens his companions mimicking the legend of Burnham woods. After the house party, Clay drives with Zach but at a speed that they eventually meet with an accident. And finally, at the school; with graffiti, breaking the CCTV cameras, burning the principal’s car, and instigating a riot. Clay is responsible and caught unawares.

3. When Big Daddy is Watching

The students at Liberty High School feel watched and tortured by the school authorities because of the CCTV cameras, metal detectors, stop the bleed demos and other drills. The parents along with the school had decided it all. Their intention was to provide security for their children but it turned out to be worse. The students in unison sing at the entrance of the school, “Hey-Hey, ho-ho, SRO’s have got to go”. Their anger, helplessness, hatred, paranoia, and anxiety is evident in their rage.

All the episodes of the season are dealing with psychological setbacks. The one that offers an escape for it is the ‘prom’ episode. Because there is an air of freedom that the students at Liberty High School breath after a very long time. They let go of their fears and anxieties, enjoying every moment, and being themselves without having to be someone else.

The ending is of 13 Reasons Why is happy with the dark memories buried along with the cassettes of Hanah Baker. Jessica Davis reconciling with the fact that Bryce Walker who though a criminal was responsible for the world they lived in. Where all her friends had to love one another and stay united. Clay Jensen reading Justin’s letter, where he mentions that Clay was his brother and a positive influence. Their life at school ends with graduation and so also the season. They know for sure that they ‘survived’ high school as they have made it so far.

Secrets: An Invitation to Intrusion and Manipulation of Lives