Home»Lists»6 Films To Watch if You like Lost Bullet 1 & 2, On Netflix
Lists

6 Films To Watch if You like Lost Bullet 1 & 2: The French action film Lost Bullet 2 premiered on Netflix on 10th November 2022 wowing fans with fast cars, high-powered chase sequences, and stylish stunts as Lino continues his quest for vengeance. Lost Bullet (2020) opened to topping the Netflix charts and becoming one of the most popular films to be watched in France, the film also gained international viewership and won fans over.

Unsurprisingly, the eagerly awaited sequel Lost Bullet 2 also dished out more of the same thrill and entertainment as its predecessor. Lost bullet 2 picks up just after the events of its predecessor – Areski fleeing the town, and Lino getting acquitted. In this part, we see Lino forming a new narcotic unit with his love interest, Julia.

Here we have a curated list of films that might interest you if you liked Lost Bullet Part 1 & 2, and want more action, style, and fancy cars to occupy your time. The sequel to “The Fast and the Furious” (2001), the film that began a multi-billion-dollar franchise, ‘2 Fast 2 Furious’ belongs to the day where cars belonged for neighborhood illegal street car racing, the stunts were cool but believable (yes, I am referring to the race car in space sequence Fast and Furious 9 (2021)) and the storyline crispier. The film follows former cop Brian O’Connor played by Paul Walker, making his living participating in illegal car races when he is given a deal by the police to go undercover and bring down an Argentinian drug lord. The explores how Brian along with his friend an ex-convict Roman played by Tyrese Gibson, infiltrate the cartel and bring down the drug lords’ empire.

The film’s exploration of the LA street racing culture and the passion for fast cars would find a link with those who loved Lost Bullet 2. Trying to navigate the dangerous world of the drug mafia, dealing with tough baddies and cool chases the old school ‘2 Fast 2 Furious’ matches the tone of Lost Bullet; it also has a strong female character of Monica played by Eva Mendez matching the tough character of Julia and would be a good accompaniment for people looking for more entertainment after the Netflix offering. ‘2 Fast 2 Furious‘ is available to stream on Amazon Prime. 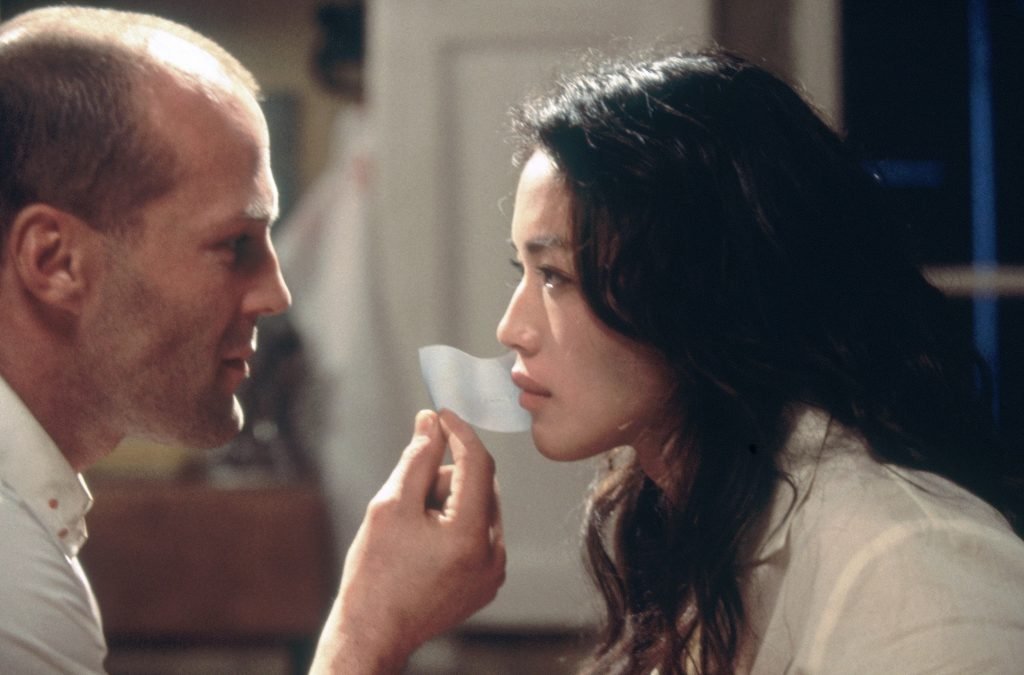 A tough and intense man with a no-nonsense demeanor who drives fast cars and can break multiple bones of bad guys, Jason Statham made a career out of playing this man. The immensely entertaining first installment of The Transporter series follows a former marine turned mercenary who transports packages strictly following three rules: Never change the deal, or any names, and never open the package. Getting mixed up in a deal gone wrong with a human trafficking kingpin.

Frank vanquishes the villains while simultaneously being pursued by a tenacious cop and finally teaming up with him to defeat the baddies. This Corey Yuen film has thrills, cool car chases, and exhilarating stunts in oodles. Lovers of ‘Lost Bullet 2’ will find similarities between Frank’s and Lino’s characters of intense and serious protagonists, the love for cars, chases, and stunts as well as the insight into the dark world of the mafia in ‘The Transporter’. The Transporter is available for streaming on YouTube and Apple TV on a payment basis.

Often used trope in films and novels is the accidental or intentional framing of an innocent man. If you are a police officer, the law relatively goes easy on you, but if you are a convict, released on a deal to help out police force catch other criminals, the law comes hard on you.

In one of the crucial plot points in Lost Bullet (2020), Lino, a convict, is framed for the murder of the same officer who got him out in exchange for leveraging his mechanic skills. As no one would believe him, he runs away to find a way to clear his name. This exact trope of framing an innocent guy forms the basis of F. Gary Gray’s thriller – The Negotiator.

Samuel L. Jackson’s character becomes a prime suspect for the murder of his colleague and embezzlement of a pension fund. In order to clear his name, he takes officers as hostages and demands for another negotiator (Kevin Spacey) to unravel the conspiracy. The Negotiator uses this trope in an effective and thrilling way, which works mostly for its style over substance, as is the case with Lost Bullet. The performances of both the lead actors make up for the weak, traditional writing.

‘The Departed’ is one of those films that has continued to garner love and praise from critics and fans alike even after more than a decade and a half after its release. This Academy Award-winning film by Martin Scorsese explores that game of cat and mouse between Colin Sullivan played by Matt Damon placed into the police force as a spy by the Irish mob boss Frank Costello, while state trooper Billy Costigan played by Leonardo DiCaprio is asked to infiltrate the mafia undercover by the police. Both Sullivan and Costigan must find the other who is a spy while maintaining their own cover.

While the pulpy adrenaline rushing ‘Lost Bullet 2’ might seem miles apart from the dark and symbolic ‘The Departed’, both films deal with the idea of identity and the police procedural drama and the complex universe of the mafia. For those looking for a chase minus the cars, the hide-and-seek between the mafia mole and undercover cop will be immensely interesting with a slow-burning thrill that will leave them satisfied. ‘The Departed’ might be an elder, grown-up, and much darker companion to the ‘Lost Bullet 2’. You can watch ‘The Departed’ on Netflix and Amazon Prime. 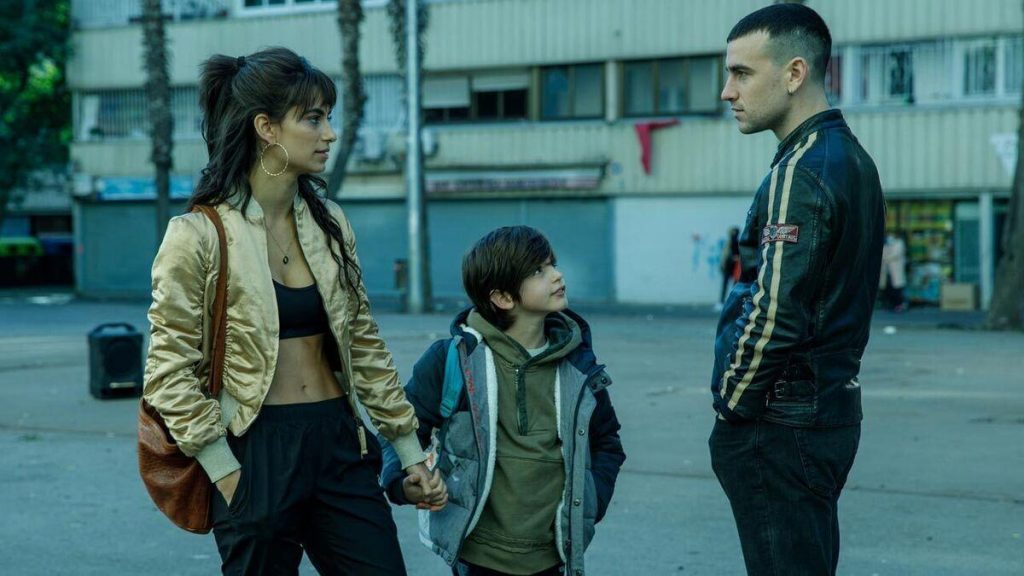 This action flick by one of Spain’s most celebrated action directors Daniel Calparsoro follows an aspiring biker, Rafa, with the dreams of becoming a pro bike racer who unwillingly gets involved with the drug mafia and starts working as a courier for them trying to protect his partner and child. Rafa gets identified by the police and is tasked with helping the Central Narcotics Squad. The fans of ‘Lost Bullet 2’ will find common ground with ‘Centauro’ for its fast-paced bike chase scenes and meticulously choreographed action sequences.

The film also matched ‘Lost Bullet 2’ with the theme of the protagonist’s passion for fast racing machines in this case bikes and the underlying love for friends and family. ‘Centauro’ is an exciting and entertaining watch despite having a pretty straightforward plot and those who liked ‘Lost Bullet 2’ should put it on their to-watch list. You can tune in to Netflix to watch ‘Centauro’.

In Lost Bullet 2, Lino forms a narcotics unit and goes on a mission to find the real culprits responsible for the death of his mentor Charras and his younger brother. Crime fiction has always been fascinated by the plot involving revenge because it can get bloodier, murkier, nasty, and brutally violent. It echoes extreme anger that drives a person to take extreme action. Just like how Lino goes on a hunt disregarding everyone, Jodie Foster’s traumatized Erica in ‘The Brave One’ decides to track down the killers who beat her fiancé to death. Jodie Foster’s strong performance, which got her nominated for best actress at the 65th Golden Globe Awards, manages to make up for the shortcoming that the film has.