Home»Articles»Why A Hero (2021) is Farhadi’s Close-Up; An Analysis of Farhadi’s Filmmaking Mechanics!
Articles/Essays

Why A Hero (2021) is Farhadi’s Close-Up; An Analysis of Farhadi’s Filmmaking Mechanics!: The world is a culmination of conflicts. Human civilization has progressed to aid its survival, stability, and (assumed) superiority through rigid institutional designs that function via processes and not autonomously. Individually, each human, even when acting in self-interest, is susceptible to the influence of the unknown (soul), the imagined (god), and the unaware (subconscious). In simple words, the life of every human is in conflict with institutions that humans have created collectively. Collective consensus renders these institutions with authority and makes them an instrument of assault on individuality. Every individual functions with their truth, but the color of their truth differs from that of someone else’s, which triggers the one with authority to assume a role validating one truth at the cost of another because for some reason it is believed that truth cannot exist in two different colors. The assumption of power, the inability to view truth in isolation from a person’s socioeconomic position (defined by powers and prerogatives associated with professional positions, wealth, and residual social bases of self-respect), and perceived impatience of society to accommodate the truth are the three most violent yet casual features of any institution, be it a family or a communal organization.

Asghar Farhadi’s body of work has been committed to exposing the assault of institutions on individuality. There are many filmmakers who have committed themselves to the cause but what makes Farhadi distinct is his conscious derivation of humans to a vertical of innocence. This is done by assigning humans authority over their individual truth packaged in a personal story or history, and henceforth, we as an audience are stripped of our ability to focus blame on a particular agent(s). In a majority of films you can, either partially or completely, during or in the hindsight, shift the blame on one or a few political actors for the misery of the subject(s). This is impossible to do in a Farhadi film. As one of my friends described to me in a particular sequence in A Hero, he was very angry but he didn’t know on whom to direct all his anger.

Related to A Hero (2021): Review of Asghar Farhadi’s Latest

All of Farhadi’s films are aggregates of such numerous sequences. They can be confrontational or observational but regardless of their form, you feel enraged but without an avenue to channel the anger. This is not merely a byproduct of Farhadi’s grammar but the very intention of his filmmaking effort that decides the mobility, strength, and shape of his mechanics. He, himself, is a calculative decisionmaker, piecing the elements of his screenplay with precision, and controlling its progression with foresightedness. But his films are virtual configurations of weaponized spontaneity with humans acting out as mediums to reflect the effects of the former. 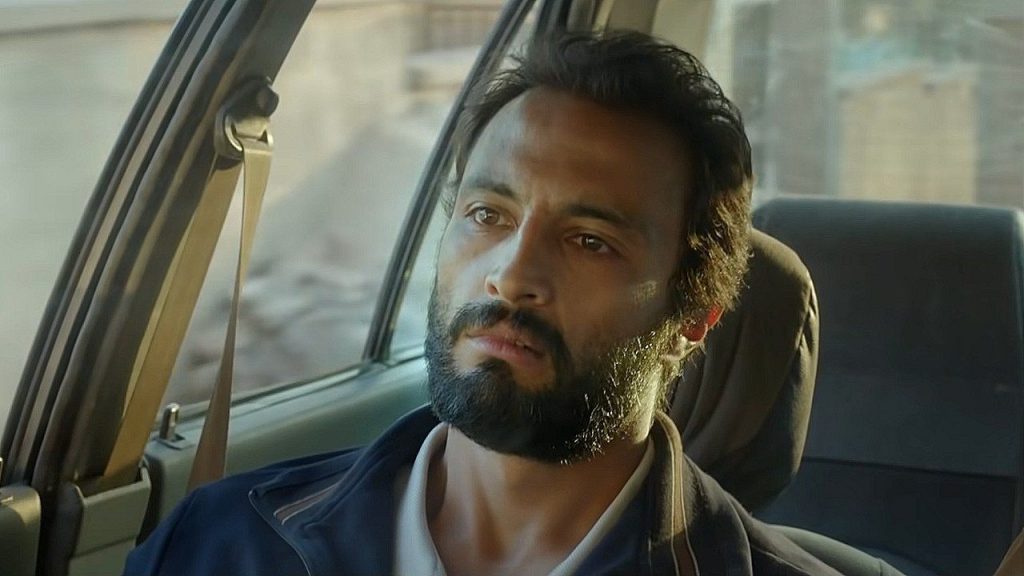 Institutions are the source of violence. Humans are both, the receiver and the medium through which the same violence is inflicted upon the audience. The gravity of assault increases with the fact that we, as an audience, feel empathy for the actors in the frame, and fear for actors outside of it, i.e. us. Micheal Haneke operates in a quasi-analogous manner but he does provide to his audience an avenue to vent their anger, either in the form of ambiguous character-centric morality or by personifying evil. But while in Haneke’s films, the agency of humans deteriorates gradually, Farhadi begins from a point where humans have no agency at all and the control they seem to be exercising in many instances later proves to be illusionary.

Elaborating how the agency is nonexistent or illusionary in Farhadi’s films: Rahim from A Hero lacked the means to secure freedom. The lucky find of coins provides him with false agency over his liberty. His susceptibility to faith eliminates that power from him when he chooses to return the find. On the other hand, he is compelled to change the form of his truth with a degree of adulteration as he has to keep the identity of his lover discreet not for society but for his son. Against him, for example, is Bahram who is driven by the injury of Rahim’s deceit and the trauma of his loss(es), and therefore, he is unable to forgive and forget especially when Rahim is devoid of any credibility before him. Or Nazanin who is driven by rage against a man who changed her father for the worse. People have their stories as evidence but no real authority over one another, except for the rewards of their socioeconomic positions that only ease or intensify their suffering.

Related to A Hero (2021): Every Asghar Farhadi Film Ranked

Since a number of conflicts are catalyzed due to the design of Iranian society and country-specific laws, Farhadi’s films are critiques. But they retain a universal identity because his films are not about the structures as much as they are about the aftereffects of structures on human behavior. Consequently, while you feel disappointed over the laws that permit transactional forgiveness, you feel scared of your state due to the overreaching ability of money to suffocate truth, transparency, and the dignity of a man in any given society. 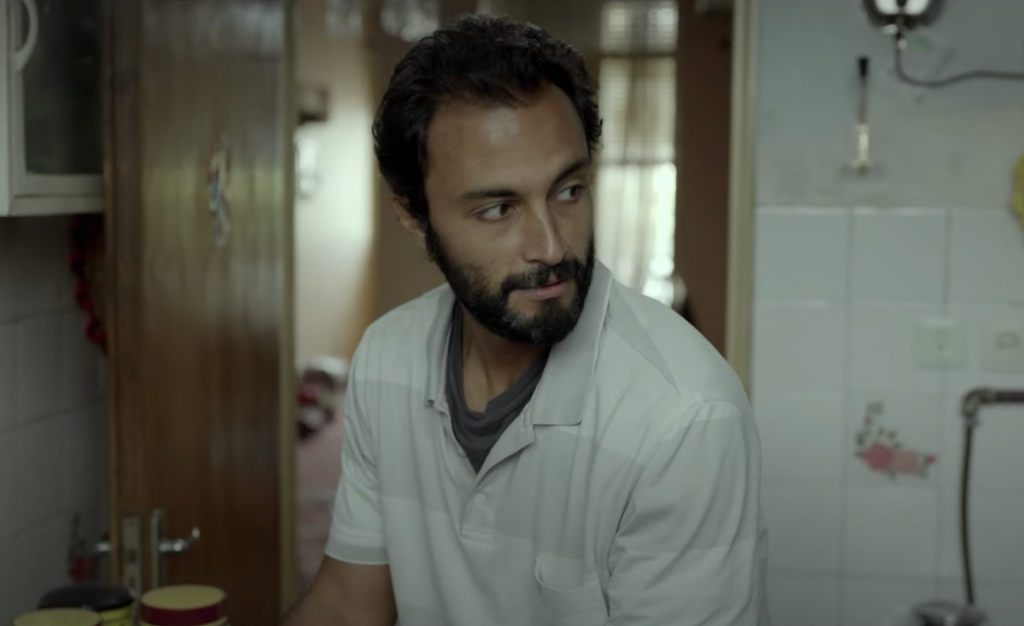 A Hero is Asghar Farhadi’s Close-Up. Hossain Sabzian had lived in the world without dignity for so long that he used active deceit to claim a morsel of it but without any malice or schematics. He hadn’t planned his moves, and he only used spontaneity to compensate for the socially-imposed handicap, which was artificial in the first place. The deceit by a violated individual led to the violation of privacy for a few others. But the question that arose pointed at the social design that has exteriorized the dignity of people and has fallaciously attached it with possessions when in reality, it should only be attached with existence and actions by the virtue of existence. There is a negative definition at play here. Lack of certain actions determines the dignity to be assigned to an individual more than the actions themselves.

In a small sequence in A Hero, Rahim’s truth is questioned, and “what he is suspected to be” is prioritized over “what he is”, causing an assault on his dignity. In a very natural response, his anger causes him to shut slam a door. But since the door belongs to someone who has assumed superiority over him, he is met with hostility. In this moment of vulnerability I wanted him to say that he has a right to his emotions and as a human, he can feel anger if others can humiliate him. This is not a utopian demand but only a just one. My demand was immediately crushed, but not with surprise when Rahim had to apologize, as expected. The illusion of authority derived from professional identity disregards the self-respect that others are entitled to. At the end of the day, humans have a right to exist and feel free, and be mobile. But this right has become a commodity to be transacted in our capitalist world, concentrating it in the hands of a few, and making it a luxury for others to such an extent that the unavailability of this right is met with acceptance as if it is only a natural phenomenon.

The life of a regular human is a function of their choices given the influence of the external agents and bounded by a time period. We are required to decide prior to performing any action, simple or complex. For complex actions along with those that generate intertemporal outcomes, we theoretically tend to abide by normative decision-making behavior wherein we are assumed to be able to choose on the basis of optimality of outcomes. For simple actions along with those that generate immediate outcomes, we perform heuristics that don’t involve evaluation of choices on the basis of potential outcomes and the process of decision-making gets dominated by a veil of ignorance. Heuristics are used in over 90% of our decisions, and their employment is prone to bias, ideology, inabilities, and all forms of other sentiments that make us human.

I found myself shivering with fear when A Hero ended because I felt vulnerable for my state of being. I am a regular human. A Hero told me that there is nothing such as an optimal decision even when the actions are calculated with the best of rational behavior. Simple actions get exacerbated as their outcomes diverge to warrant damage control. Complex actions yield unexpected outcomes, for you cannot tell what’s an error and what’s correct. It is possible for an error to be optimum, and to don a veil of legitimacy. On the other hand, the optimal actions can appear to be morally wrong ones as they serve self-interest. How am I supposed to feel if I am told that no matter what I do, the majority of control is exercised not by me but by a collective of all other agents acting upon me, and no matter what I choose, the possibility of the outcome not serving my intentions is greater than my commitment to it?

A Hero (2021) is currently streaming on Amazon Prime Video US.

If A Hero (2021) isn’t available for streaming in your area, watch it by using ExpressVPN. It’s fast, secure, and unblocks Prime Video, Netflix, HBO Max, and pretty much any other streaming platform. Here are some exciting deals for you.

Romanian Spring in World Cinema: A Spotlight on Romanian Cinema