As we are initiated into Nina’s personal life within the first five minutes of All About Nina, we come to realize that she is being emotionally held captive by her abusive lover, Joe (Chance Crawford), a married man with kids, who hits her for bringing another man home. After an aggressive to-and-fro, the pair have sex, and the next morning, we see Nina, glassy-eyed, with a bruised cheek, and a cigarette in her hand, practicing for her next set.

Nina (Mary Elizabeth Winstead) bitterly jokes about how Joe hits her, that she “doesn’t mind” as it keeps her “from falling asleep during sex”, adding that she is with him because she is a “fuck up”. Although Nina finds herself deeply enmeshed in this cycle of toxicity and abuse, she eventually finds the courage to ditch him and start anew, which acts as a catalyst for her comedic career in Los Angeles, where she dreams of making it big. 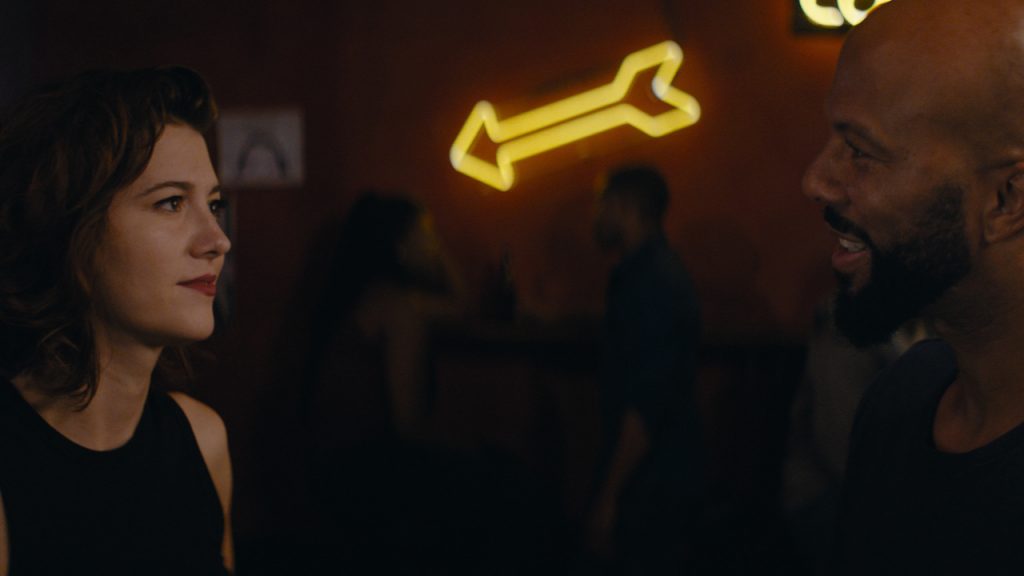 Amidst living with her friend Lake (Kate del Castillo), a quirky, compassionate character that practices trance-writing and reiki healing; performing hilarious character imitations of Björk and Shakira onstage, and meeting a new love interest, Rafe (Common), Nina embarks upon a journey promising stability and success. The most endearing moments in All About Nina are the scenes between Nina and Rafe, wherein the latter defies and exceed the standard expectations harbored by the former, and ultimately proves to be a decent, patient, and loving individual.

Later in All About Nina, after being selected as the only female comedian for Comedy Prime, we see Nina in her most fragmented self: a 33-year-old woman unable to handle stability, who performs a self-sabotage in her relationship with Rafe during a drunken fight. The two make up after Nina earnestly apologizes, realizing that Rafe genuinely values her for who she is – that he is rock solid.

Related to All About Nina: Obey (2018) Tribeca Review

However, peripeteia befalls the pair, as the character of Joe returns, causing a rift between the lovers and Nina’s already imbalanced psyche. In All About Nina, she is is forced to confront her past trauma, and in an heart-wrenchingly honest, painful, and cathartic performance onstage, she lays bare the demons of her childhood and the way in which they consumed her sense of self. This act of courage transforms her into a powerful voice against abuse, a symbol of strength for every artist who creates art out of acute pain.

All About Nina, through its bold examination of complex and crucial issues, holds the ability to spark meaningful conversations and offer insight into the lives of indomitable non-fictional women, who possess the courage to speak out against abuse and sexism amidst dangerous socio-political shapeshifting terrains.

All About Nina Had Its World Premiere At The 2018 Tribeca Film Festival Under The ‘US Narrative Competition’ Section.

All About Nina Links: IMDb, Wikipedia