Wanting to be desired is very natural for a person of any age. One might connect that yearning with leisurely conversations. Others may see that as merely a device for sexual pleasure. And in the era that we are living in, it is not hard to believe someone monetizing on such thought. ‘Anna’ discusses the same through its narrative. The fifteen-minute short written and directed by Dekel Berenson was a part of the We Are One: Global Film Festival. Before that, it had won the Best British Short at the British Independent Film Awards.

The narrative revolves around middle-aged Anna, who works in a meat factory from Ukraine. She looks lost in her work, verily involved in her duties at the place. She seems least bit bothered for being secluded and is rather content with it. Even while her teenage daughter is fixated in the phone to the point of not even being aware of her existence, Anna is not particularly dissatisfied. Even if a viewer finds her isolation depressing, she is almost used to such routine. Amidst such tedious regularity, she hears a radio announcement. The radio-person talks about a ‘party’ where Ukrainian women will get to meet American men. He lures the listeners into being a part of it.

Similar to Anna – On Body and Soul [2017] Review: The Dream and The Dreary

The gathering, as we get to not later, is actually for the American men to lure these women who are more obedient than the American women and as a result, go according to their liking. We see many young women sitting closely and Anna oddly strikes in between due to her age and appearance. As a whole, they are seen almost like pieces of meat for the western men to pick for themselves. There is a clear juxtaposition to the earlier visual at the meat-factory. The objectification is awful just as much the middle-aged Anna falling prey to it. She joyously dances between all the happy couples or at least puts on a façade. This external image makes her alienation even more vibrantly visible. In her eyes, she is still not a victim of the situation. In her eyes, she has control over it. 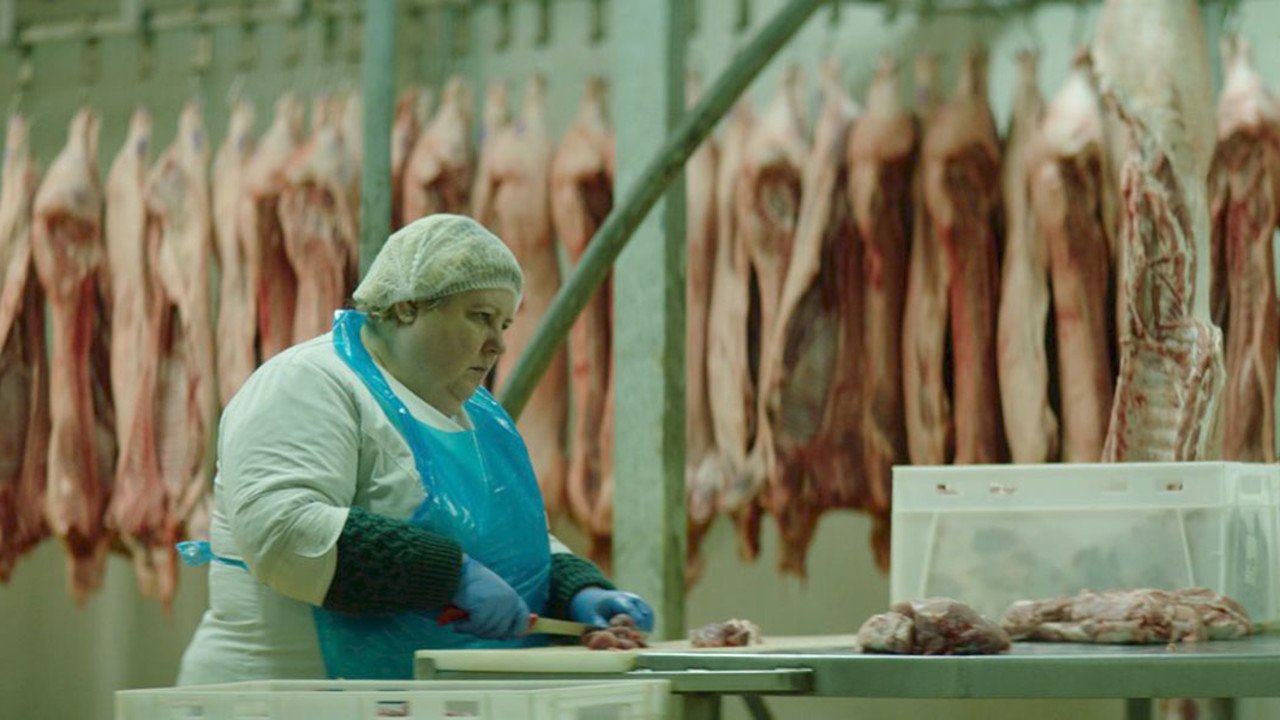 The visual cues are cleverly put as aforementioned, be it for depicting the mental state or the gender stigma. The choice of scenes is very precise without letting even a second meander from the subject. Yet, there is a lack of uniqueness in the way they are presented. While they are consistently effective to hit the emotional notes, they are not depicted in a way that we haven’t particularly seen before. Such lack of inventiveness underwhelms a little.

If not for the effective subject matter, the emotional gravitas would have easily been lowered. With ‘Anna’, there is enough subtext dealing with the intercultural aspects to make up for that. It adds nuances related to the central concept. Especially during a conversation between the Texan farmer and Anna in the presence of a translator, we discover something that motivates the short-film. These three characters engage in the interplay of images that they would want another person to have of themselves. The undercurrent is this ‘date’ being nothing more than a contractual negotiation where the Texan man is involved merely as a potential consumer. The darkly comic writing in this scene helps in accentuating that.

The tale of love of control makes ‘Anna’ an invigorating watch. It is important to notice that despite the sorrowful subtext, the depiction of Anna is hardly sorrowful. Perhaps that is what makes her character’s narrative aching to be told.